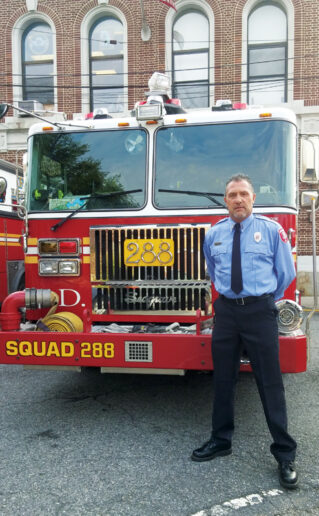 It is a day that many of us will never forget – September 11, 2001 (9/11) – when America was attacked by terrorists who crashed two planes into the Twin Towers of the World Trade Center in New York City. Along with the passengers on the planes, thousands who were in the buildings died on that tragic day. Among those who perished were 343 firefighters.

Linden Resident Joe Ludwig, who at the time was a lieutenant with the Argentine Township Fire and Rescue, has vivid memories of that day. Now the skilled trades committeeman at General Motors Milford Proving Grounds, he is the father of four children and has nine grandchildren.

Ludwig started at Argentine Township Fire and Rescue in 1998 as a probationary firefighter. He was promoted to captain and finally, battalion chief. He left the fire department in 2004 and joined the fire department in Burns Township where he served until 2012. “I was also an EMT,” Ludwig shares. “Any time someone picks up the phone and dials 911, it is typically going to be one of the worst days of their life.

As a fire department officer and a member of the fire service, we often had to make life and death decisions in a stressful environment. It was very gratifying to make a difference in someone’s life in their darkest hour.”

September 11, 2001 was a day of dark hours. “I was up that morning taking care of my daughter, Hunter,” Ludwig remembers. “I was on second shift at the time. I remember it was a crystal clear day – blue skies and not a cloud. I watched the events unfold on TV and like everyone else, thought it was an accident, initially.”

And as soon as Ludwig realized New York City had been attacked by terrorists, he knew he was going to go there to help. The Michigan State Police sent a dispatch to all fire departments, requesting any trained EMS personnel to respond to the Meadowlands in New Jersey to stage for assignments. “I just did what my country asked of me and what I was trained to do. I responded.”

Ludwig was accompanied by two other (probational) firefighters, Tom Smith and Julie Herron. “After securing permission from our chief, we loaded a van with gauze, bandages, splints and many other EMS supplies,” he remembers. They left at 9pm on 9/11 and arrived at 7:30pm the next day to find mass chaos. “It was a crime scene,” Ludwig says. The FBI, Secret Service, and military were all there. Fire and EMS assets were pouring in from all over. At the time, we thought it would be a massive rescue effort. As we all know, it turned into a massive recovery.” 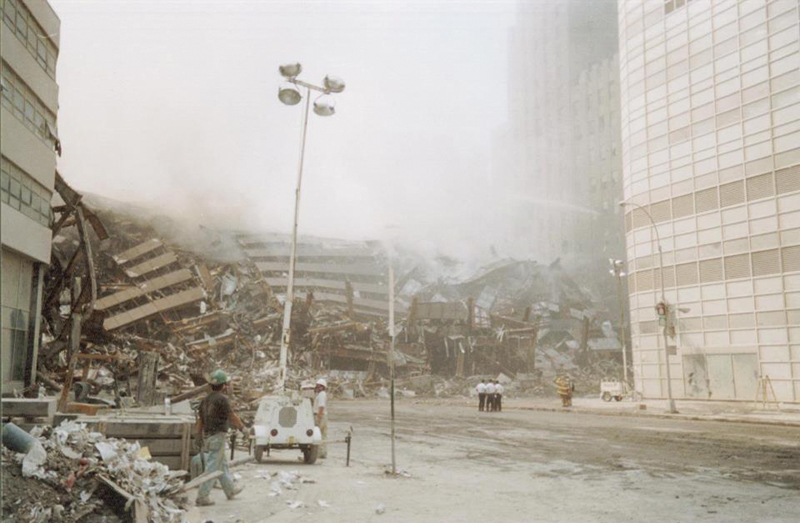 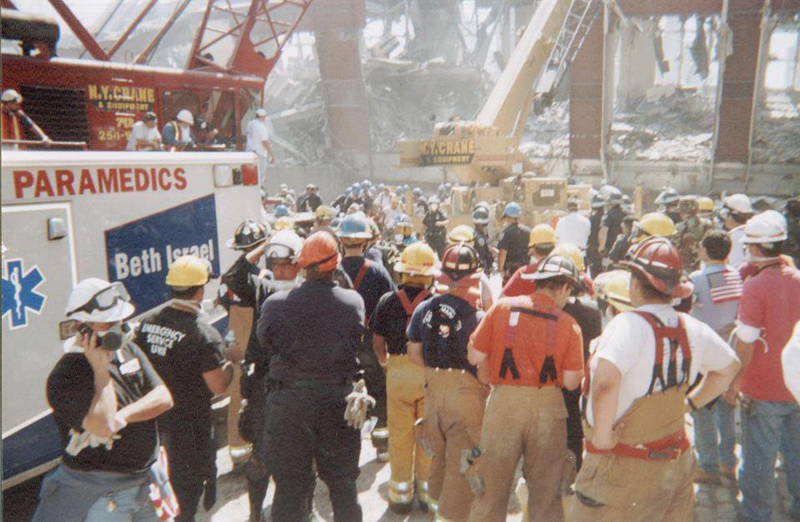 Ludwig, Smith and Herron remained in NYC for five days. They spent the first few days trying to get information on Smith’s father, Kevin, who was a FDNY firefighter from Station 288/HazMat 1 and was missing. “Tom was a probationary firefighter and my responsibility. Knowing his level of stress regarding the status of his dad, I couldn’t let him in the pile. I went in. We were assigned to the South Tower and also worked around the temporary morgue and the perimeter.”

Kevin Smith’s body was never recovered. He was one of the 343 firefighters who died on 9/11. “It was overwhelming,” Ludwig says. 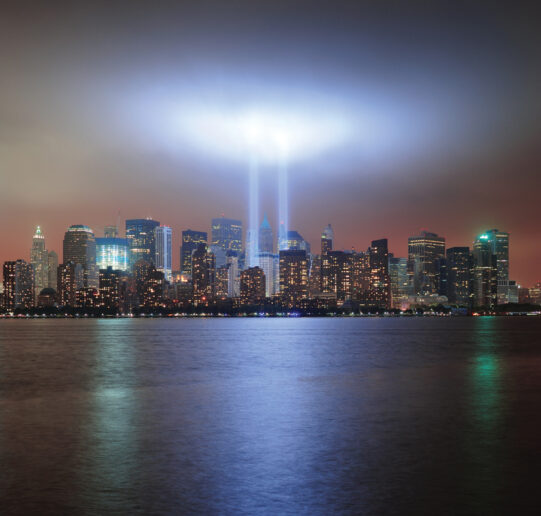 “There is no question it was life-changing. It was the last time I saw our country truly united.”
Joe Ludwig

For the 15th anniversary of the 9/11 attack, Ludwig and Smith’s family traveled back to NYC. While there, they stayed at Station 288 HazMat 1. In addition to Kevin Smith, the station lost ten other firefighters. “We had unique access to places the general public did not,” Ludwig remembers, “because of our status as family members. The repository where the remains of 1,000 unidentified people was one of those places. I still have the blue and white ribbon on my truck that denotes that.”

According to Ludwig, the Sunset Ceremony of the FDNY Emerald Society Pipes and Drums band was awe-inspiring. The band is composed entirely of retired and active NYC firefighters. “They play ‘Amazing Grace’ every year, and of course there is the reading of the 9/11 victims’ names. The museum and reflection pool are breathtaking.” Ludwig says people were lined up on bridges and the alley waving “thank you” flags as they walked into Ground Zero. “Flags were everywhere!” he exclaimed. 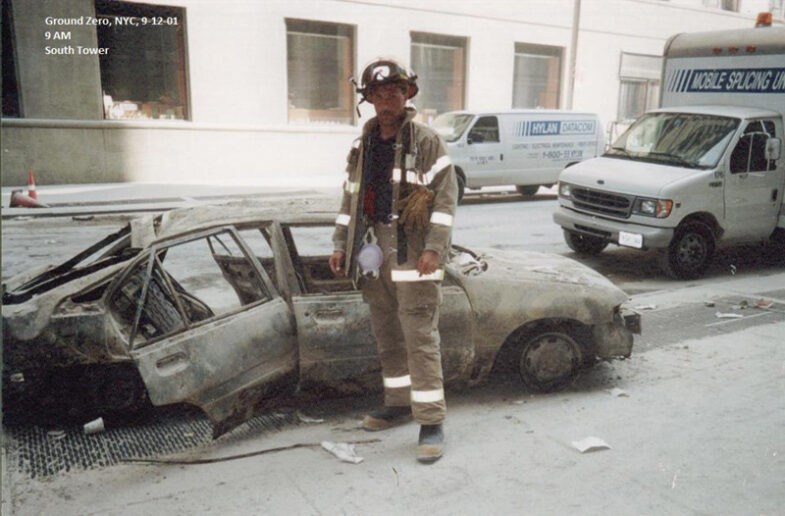 For Ludwig, the experience was transformative. “I think about it daily,” he states. “There is no question it was life-changing. It was the last time I saw our country truly united.”

It has now been two decades since the 9/11 attack. “My 22-year-old daughter was two years old at the time. High school seniors have no knowledge about this turning point in our country’s history. I wish we could find that unity we experienced 20 years ago.”

Ludwig does not consider himself heroic. “The 343 firefighters who perished are heroes. I just did what my country asked of me.”