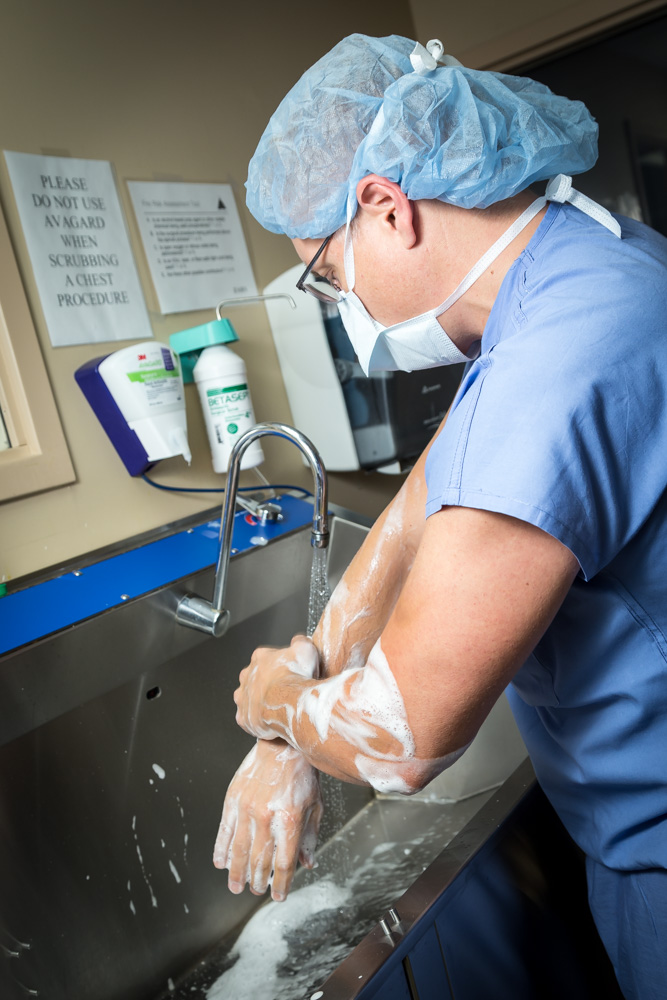 While a surgeon is the “star” of the O.R., they couldn’t perform their jobs without the skill and reliability of the operating room nurses. O.R. nurses provide care and support to patients before, during and after surgery.

In honor of the hard work and dedication of these highly-skilled nurses, Operating Room Nurse Day is celebrated annually on November 14. There are many skilled and caring O.R. nurses here in Genesee County, and to celebrate their special day of recognition, MCM visited McLaren Flint to chat with Assistant Nurse Manager Jerry Provorse, who was an O.R. nurse at McLaren for 15 years. He gave some insight into a day on the job as operating room nurse.

Jerry’s busy day begins. “We do major surgery and robotic surgery at McLaren, and each nurse can be involved with as many as five general procedures each day. If the surgeries are more complicated, about two per day.” He became interested in becoming an operating room nurse because he had a friend who worked in the O.R. “I just liked it,” he says. In order to become an O.R. nurse, one must obtain a two- or four-year nursing degree and attend a one-year O.R. orientation. Jerry obtained his nursing degree at Mott Community College and started his career as a cardiovascular technologist.

Jerry begins his duties when a patient is brought into the O.R., semi-awake. It is his job to check and record the patient’s identity, position them for the procedure, and make sure they are comfortable. A patient is typically asleep within ten minutes. Of course, the duration of the surgeries varies – on average, a total joint replacement can take about two hours, open-heart surgery, six hours; and a spinal fusion can last as long as eight hours.

Due to the wide variety of medical procedures performed at a facility such as McLaren, there is much for an O.R. nurse to learn. “There are different instruments used for different surgeries,” says Jerry, “so it requires a staggering amount of memorization. There are thousands of instruments we have to become familiar with.”

Also in the O.R. is a circulating nurse – the patient advocate who does the charting and makes sure the patient is safe – as well as scrub nurses and scrub techs. “All McLaren nurses are trained in all aspects of the surgical process,” says Jerry. “We work with many different doctors and a lot of specialties.” The experience during an operation ranges from laid back to intense. “During a very intense surgery, the time flies by,” he explains. “Other days, the mood is more lighthearted.” But he adds that every procedure is taken very seriously and can be emotionally taxing at times. “Some surgeons listen to the radio while they work, and some want to hear a pin drip and have no distractions,” he says. 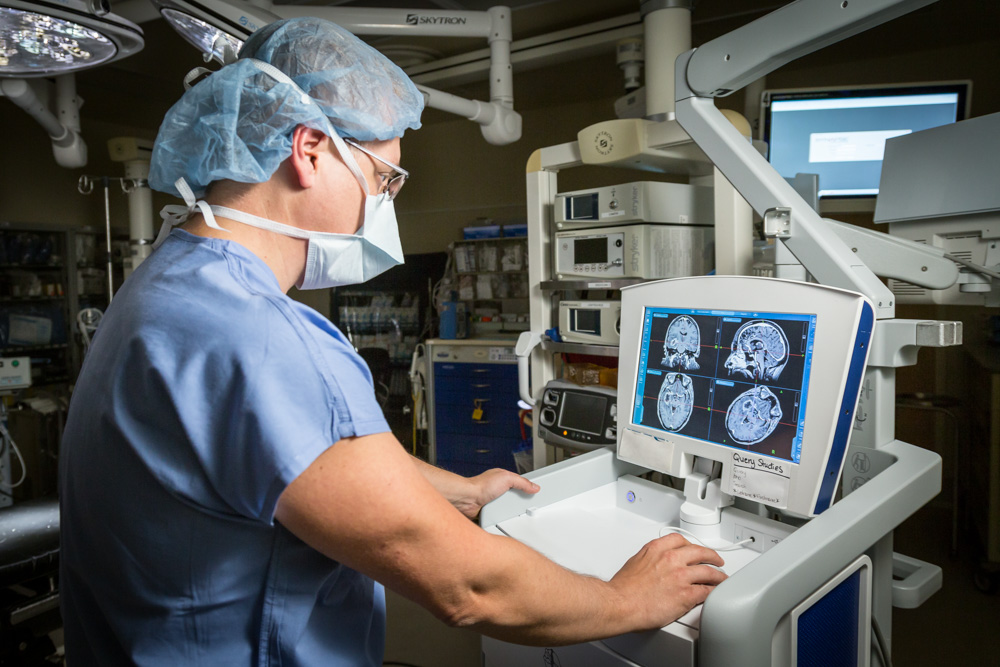 During a lengthy surgery, another nurse may come into the O.R. and cover for a nurse to take a break or eat lunch. “There is no set lunch break,” Jerry says with a laugh. “It can be anywhere from 11am to 1:30pm. It’s different every day.”

Surgeries continue throughout the afternoon. “The staff at McLaren are masters of sterile technique and pay attention to detail,” says Jerry, adding that nurses who succeed in the O.R. can handle challenges and still come back, day in and out.

There are about 50 O.R. nurses at McLaren, and there are hundreds of different procedures performed every day. It is a 24/7 Unit and never closes. “Even if there are no surgeries scheduled, the unit is open if a trauma case comes in,” he says. A day in the O.R. is also very procedural. “I absolutely know each step of the operation like the doctor does, but it takes a lot of experience to do that,” Jerry shares. “It’s a learning process.”

What does Jerry likes best about his job? “It’s fresh every day,” he replies. “There is such a wide variety and I never know what I’ll run into. All patients are different. I can’t imagine ever getting tired of what I do.” The worst part of the job? “Standing on my feet for ten hours,” he says. “An O.R. nurse stands in one place for long periods of time, and it’s a strain on the body.” 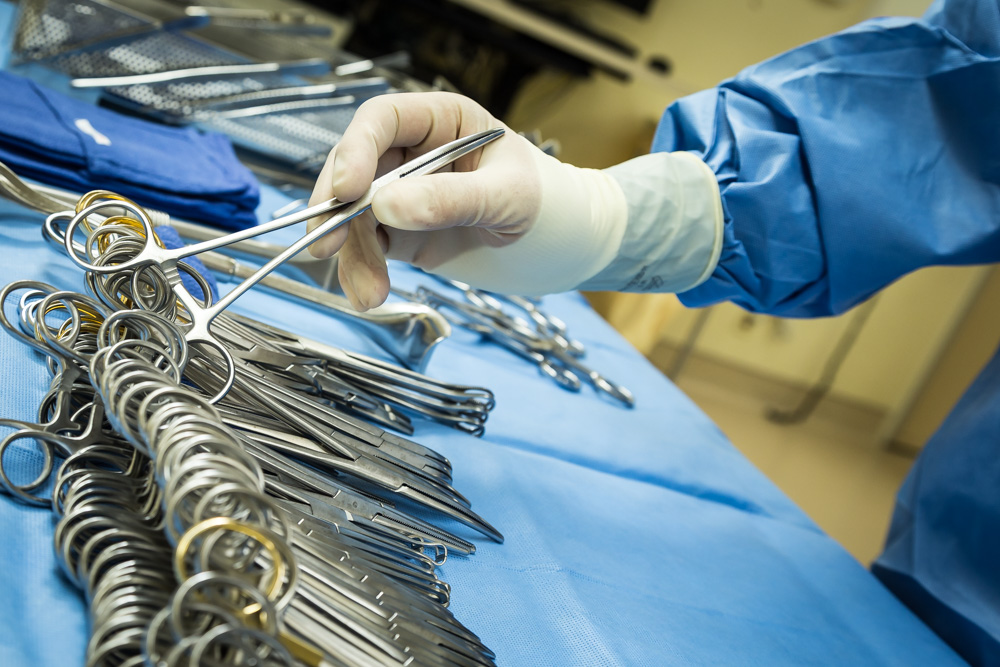 As assistant nurse manager, Jerry is currently responsible for directing the other operating room nurses. “I control the flow of the O.R.,” he says. He makes sure everyone gets their breaks and eats lunch, and he assigns nurses with surgeons. “I deal with schedule changes all day long,” he laughs. “And about a hundred phone calls.” He now works eight-hour days, but for the past 15 years he worked four-day, ten-hour shifts.

Not all nurses are cut out for work in the O.R. – there are many at McLaren who have a lot of seniority because it takes so long to learn the job. “Some nurses don’t stick with the O.R. because they miss the patient care side of nursing,” Jerry admits. “They miss the continuing patient interaction. It takes a special type of person to be an O.R. nurse.”

According to Jerry, losing a patient in a McLaren O.R. is extremely rare. “Most of the procedures are elective, in which the patent has been cleared by other doctors and is in good health to handle the surgery,” he explains. 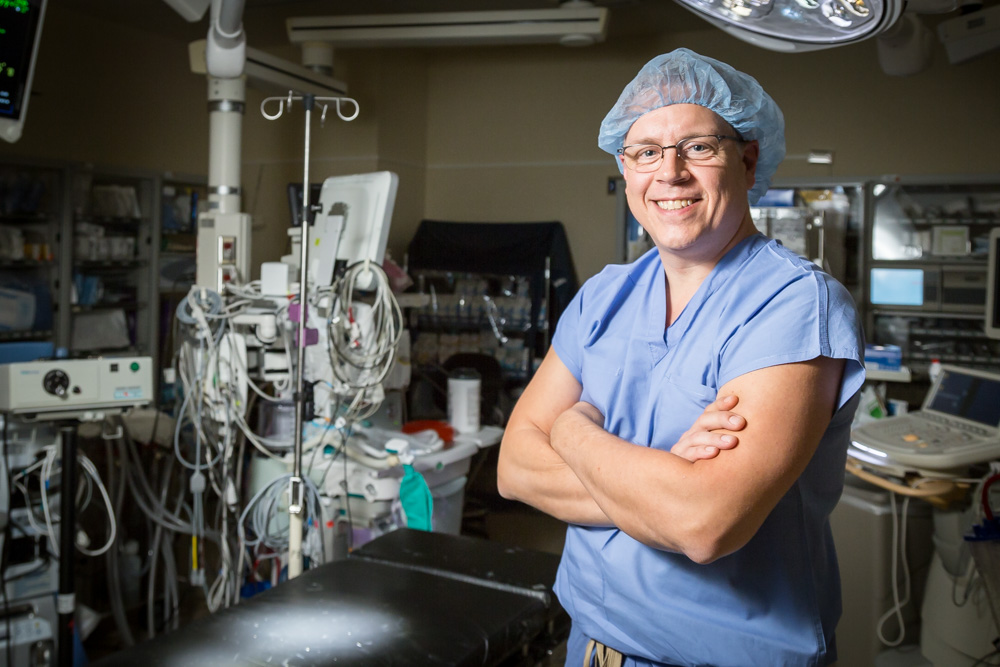 After his shift, Jerry spends time with his wife, Tiffany, who also works full time, and their three children at their home in Flushing. “I pick up my son from school and I make dinner about three times a week. Sometimes, I take a nap,” he admits, especially after a hard day in the O.R. He is a self-proclaimed computer geek and likes to build computers.

What advice does he have for nurses who are considering a future in the O.R? “Be prepared for a huge change; it’s not like anything you’ve ever done,” he advises. “You need a thick skin. Sometimes, you will feel really overwhelmed and wonder if you will ever get it right; but then, everything starts to click. As long as you have the mettle, you’ll never want to do anything else.”