The plight of the mentally ill in America is heart-wrenching. Often discriminated against for their sickness, people with mental health problems have limited access to health care resources. Without support and treatment, their conditions often deteriorate until they unknowingly commit a crime and are incarcerated. Jails and prisons are becoming pseudo psychiatric facilities, housing mentally ill inmates at an ever increasing rate. Statistics from America’s jails provide overwhelming confirmation of this fact: in 2002, a Department of Justice survey of inmates in local jails indicated that nearly two thirds of them satisfied the criteria for having a mental health problem. Once incarcerated, hope for these people quickly dims, as the criminal justice system sets up insurmountable barriers to successful reentry. At the Genesee County Jail, however, a glimmer of hope can be found on the third floor.

Lori Cool has spent 12 years in the Genesee County Jail, but not as an inmate. She and her colleague, Julie Rexroth, work for a medical company contracted by the jail to administer health care services to its inmates. Both women are daily witnesses to the tragedy of the mentally ill in prison, and have taken on the task of planning discharge for these inmates to help them avoid recidivism. However, discharge-planning reveals a series of barriers that keeps these two women working overtime, praying their way through hardships that sometimes threaten to crush their spirits.

Lori and Julie work exhaustively on their own time to coordinate post-discharge resources for inmates with mental health problems. “From the moment a person arrives at the jail, we start planning their departure,” said Lori, “but you just never know how long you have to make plans: anywhere from a year to just a couple of days.” Lori’s heart breaks to see people who are so fragile leave the jail without any plan, and sometimes without even a place to go. Julie says it is an ethical responsibility to care for people who so desperately need help. Both women are Christians, relying on their faith when the odds seem stacked against them. 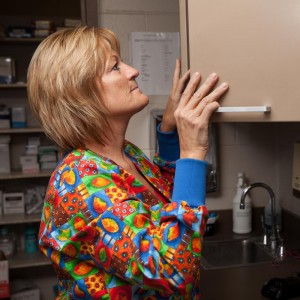 And the odds are stacked against them. Barriers to successful re-entry exist for anyone who has been incarcerated, but those faced by inmates with mental health issues are even more numerous and overwhelming. Homelessness, lack of transportation, community and familial support, and health insurance – namely Social Security and Medicaid, which are deactivated when a person is incarcerated – not to mention the challenge of finding employment, are just a few of the hurdles. Add to these the stringent parole or probation requirements and substance abuse counseling, any violation of which results in re-incarceration. All of this, placed on a person with a mental illness.

“Can you imagine someone who is mentally ill, let out of jail after being put through a system that they don’t really understand, who must go out and try to reestablish their home, their income source, their whole life?” asked Julie. “That would be difficult for anyone, but these people are frail, and have significantly impaired judgment at times. They may not recognize reality and are not able to cope with the demands of everyday life.” With no one to help them navigate the overwhelming maze of systems, recidivism amongst the mentally ill is pitifully common.

One of the biggest problems the women have encountered, aside from the obvious absence of available services, is the lack of coordination between those that exist. For example, “it can take five to six weeks to see a psychiatrist for medication after being released from jail,” Julie reports indignantly. “Our patients simply can’t wait that long!” So, Lori and Julie took matters into their own hands, building a network that works collectively to meet the most pressing needs. The women have a close relationship with Genesee Health Systems, which covers the medication gap during the insurance reactivation waiting period. They also rely on Common Ground – an intervention team funded by GHS – to help those inmates who are terrified to leave the jail and face the world alone. Other community nonprofits and individuals have provided housing, mentoring and food, and area churches have been particularly important. “Both of our churches have stepped up to help,” Julie said gratefully. 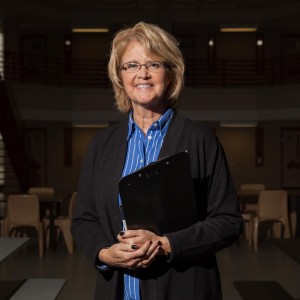 Lori and Julie are not the only ones concerned about the welfare of released inmates with mental health problems. In 2013, the Governor issued an executive order to create a Mental Health Diversion Council. Now, the jail is hoping to receive grant monies available through the Council’s Jail Diversion Pilot Program. A Request For Proposals was issued in late August, and Julie and Lori contributed a small list of their needs to a proposal submitted by Genesee Health Systems. The principal item on their list was the creation of a Complex Case Manager position at the jail. “We need someone to help our inmates apply for federal housing grants and health insurance, and to assist with removing barriers to continuation of treatment,” the ladies said.

While a new, state-funded position would go a long way toward lifting some of the burden from Lori and Julie’s shoulders, both are adamant that community intervention is the most effective and promising way to help the mentally ill with reentry into society. Lori and Julie believe it is our obligation as a society to care for the downtrodden, to help them in any way we can. “These are our own brothers and sisters,” Lori said. “They all need us, and they need us all.” ♦

If you’re looking for a way to join in Julie and Lori’s efforts, consider volunteering or donating to the nonprofits who have partnered with them. “We get so much support from our partners. They are truly changing lives and helping to turn Flint around,” said Lori.