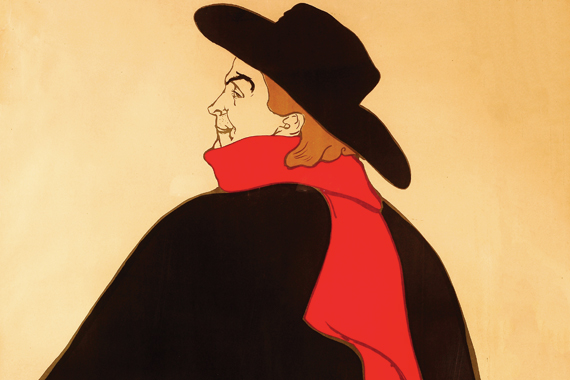 While a plain ole’ Joe can certainly create beautiful pieces of art, masterworks feel so much more authentic when they are crafted under a name like Henri Marie Raymond de Toulouse-Lautrec-Monfa. Perhaps that’s a little over the top, but his name certainly matches his art. This month, the works of Toulouse-Lautrec are on display at the Flint Institute of Arts. The exhibit is rarely seen outside of Europe, and Flint is the only Midwestern city displaying his engaging and colorful works.

Henri de Toulouse-Lautrec was born into an aristocratic family in the Midi-Pyrénées region of France in 1864. As a child, he had health problems – possibly due to inbreeding – including a condition that led to the breaking of both his legs, which didn’t heal properly and caused him to be unnaturally short. As a result of his poor health, Toulouse-Lautrec threw himself into art. His mother recognized his talent and used the family’s influence a number of times to secure him a place in the studios of numerous well-respected artists of the time.

Lautrec spent most of his short life in Montmartre, the artistic center of Paris in the late 19th century, famous for the writers, artists and philosophers who gathered there. Today, he is known for his intimate paintings of the bohemian lifestyle and the prints he made for the Moulin Rouge cabaret. An examination of his works makes it safe to say that Lautrec was fascinated by women, particularly the dance hall performers and prostitutes he so often depicted. While the posters he created for advertising purposes are colorful and glamorous, his paintings strip the glamour and reveal the humanity hidden beneath makeup and show lights. Lautrec’s own life was cut tragically short, and he died from alcoholism and syphilis at the age of 36.

Don’t miss this chance to experience the world of Lautrec through his evocative works, displayed at the FIA through December 30.

“He could not bear to be alone. His broken, child-sized legs, that kept him from running fast or walking far, made him cling to the company of the lively. Outside of his art he cared for nothing but animals and people in action. He hated the formalities that separated people in the polite society into which he was born, he wasted no time in reading and saw no sense in landscape. Life lay all in meeting.”
A. Hyatt Mayor
Curator of Prints
Metropolitan Museum of Arts
1946-1966 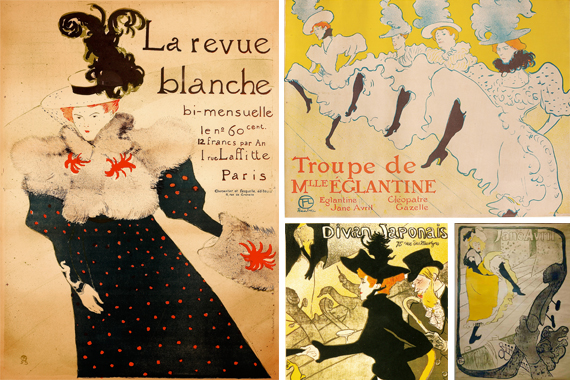