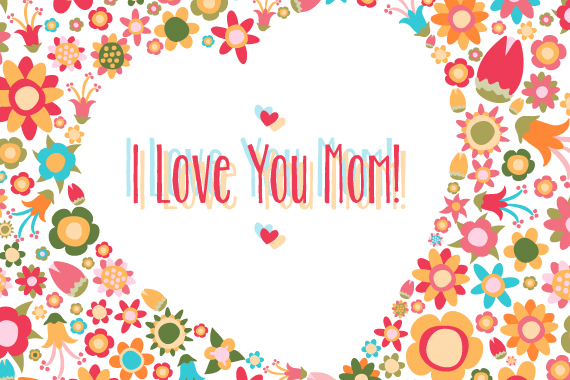 When I opened the door to the room down one of the halls at Ida Culver Senior Living Home, a small, frail woman in a recliner turned her gaze directly toward me and asked, “Who is this?” I smiled faintly, swung my body back around into the hallway where she could no longer see me, and breathed hard, squeezing my eyes closed as tightly as possible. I’m not sure if I honestly believed that would keep the tears from coming … I guess I did. It was all too much. This was not just some old lady I had randomly decided to drop in on while I was in Seattle. It wasn’t “Be Nice to Seniors Week.” The small, frail woman was my grandmother. Gramma Barb. Mom. Yes, I called my grandmother “Mom.” She used to refer to my sister and me as her tenth and eleventh children. Our mother was her second oldest child.

I choked on that simple question for what seemed like an eternity but was more like five seconds, and regained my composure. Jolting myself back into the tiny room I said, “It’s Spook, Gramma. It’s me.” Suddenly, I saw her teary-eyed recognition. The sweet smile that had reassured me through so many moments in my life – good and bad – spread across her face. I practically lunged at her, hugging her, taking in the familiar scents of Jean Naté, Bengay and Chanel No. 5: the Barb Aromatherapy Blend. She looked at me as though she were watching me grow up via time-lapse photography, right before her eyes. It was wonderful.

It was also terrible. This woman was so fragile, needing help to stand. She was confused. I had been warned that she had dementia but somehow, I just could not accept that. This was the woman for whom the New York Times crossword puzzle was, “Meh,” not that challenging anymore. What happened? Life. Life is what happened. Time happened.

It had been a couple of years since I had seen Gramma. I’d been busy. We lived so far apart and there was always “next year.” When she was no longer able to live alone and forced to move from the Wyoming home where she had lived for over 35 years to the assisted living facility in Seattle, where my aunt and uncle could keep an eye on her, she was devastated. I, on the other hand, was glad. I was worried she might fall and I was worried about her physical health. For years, Ole Barb was losing her keys or her purse. She sometimes got lost while driving. When you have nine children, over 25 grandchildren and a zillion great-grandchildren, that will happen, right? She had a lot of people to think about. I never worried about Barb’s mind; it was a steel trap for what mattered – always. She never forgot my birthday. I never once imagined Gramma would ever look at me from even a country mile away and ask, “Who is this?”

I’m not here to offer the latest insights on dementia. I am here, in this month of Mother’s Day, to share this painful lesson: do not let another year go by – do not let another minute go by – without telling your mother, grandmother, or favorite aunt how much you love her. Do not pass up an opportunity to spend time, simply because you are certain there will be other times. There may not be. I had a great visit with my grandmother, though I’m certain she doesn’t remember any of it. While I can remember all of the times I passed up the chance to see her, I cannot for the life of me remember what it was that I chose to do instead.

Leslie Toldo has reported on healthcare and medical issues on Michigan TV sets for nearly 20 years. She grew up in Baton Rouge, LA and graduated from the University of Wyoming with a Communications degree. An avid runner, Leslie is also a member of the Board of Directors at the Humane Society of Genesee County. She lives in Linden with her husband and three big dogs: Daisy, Bear and Gus.