Most Downtown Flint dwellers associate Greg Fiedler with the Greater Flint Arts Council, where he has been President & CEO since 1993. It is only natural that he has a collection of his own! Eclectic and unique, his collection is one that rivals the GFAC’s. In addition to practical advice for aspiring collectors, Greg shares his belief that anyone can begin collecting pieces to which they feel personally and viscerally connected.

I think it’s natural to be attracted to things we deem to be beautiful, interesting, challenging and engaging. I was fortunate to have been taken to museums and to learn about art at an early age. We had quality art instruction in the public schools when I was growing up, which caused us to be curious about art and to appreciate creativity in all forms. I later discovered the relationship between creativity and spirituality … and I discovered how art speaks to me on a spiritual level, and how it can invoke emotion.

When did you start collecting?

My first official purchase was a painting done by the mother of a friend, Wendy Smith. They lived in my neighborhood and several of my friends frequented the Smith family residence. When I was about 15, Mrs. Smith was putting the finishing touches on a painting and said she wasn’t satisfied with the way it was going. I was strongly attracted to the piece and told her I was interested in it. She said, “Give me $50 and it’s yours.” I did, and I still have it to this day.

After I finished college, I continued to make occasional purchases and my collecting escalated 24 years ago, when I became employed by Greater Flint Arts Council. I’m surrounded by quality works made by talented artists with whom I’ve had relationships with for many years. I also meet new artists every day. Knowing the artist adds to how I value the work … it makes it more personal.

Does your collection feel complete, or will it ever be?

I doubt I’ll ever stop collecting! I’m sure I will have to slow down when I retire in 10-12 years, if only for monetary reasons. I don’t feel like I always have to find a place in my home for a piece. When new works come in, I rotate to accommodate it and some pieces may have to be stored for a time. It is interesting how I never tire of anything I’ve collected. I’m fairly attached to them and I doubt I will be one of those people who “downsize” one day. 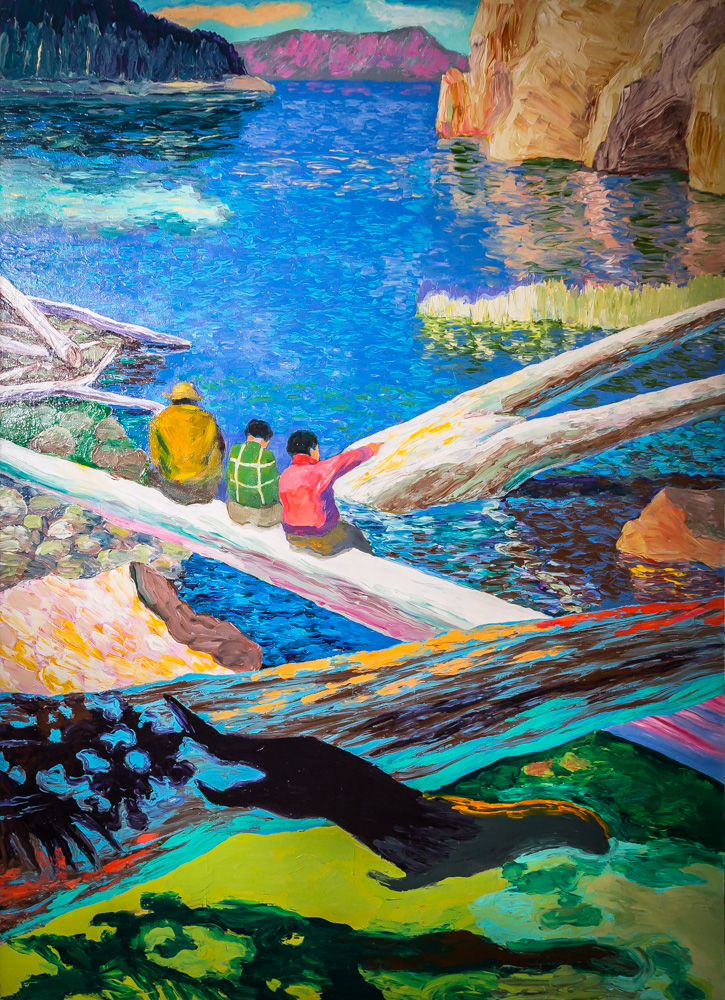 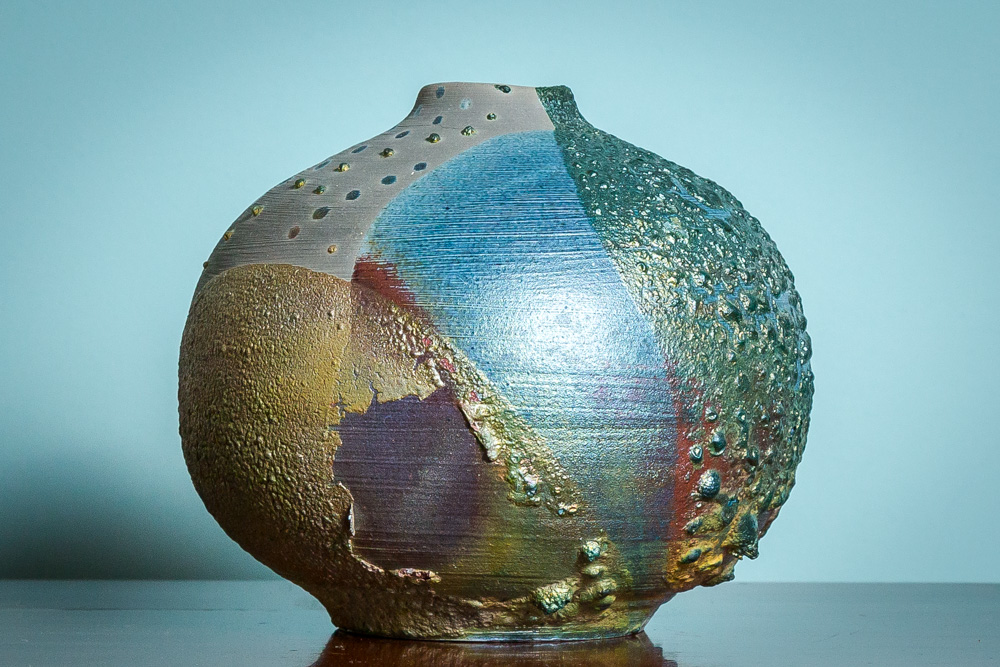 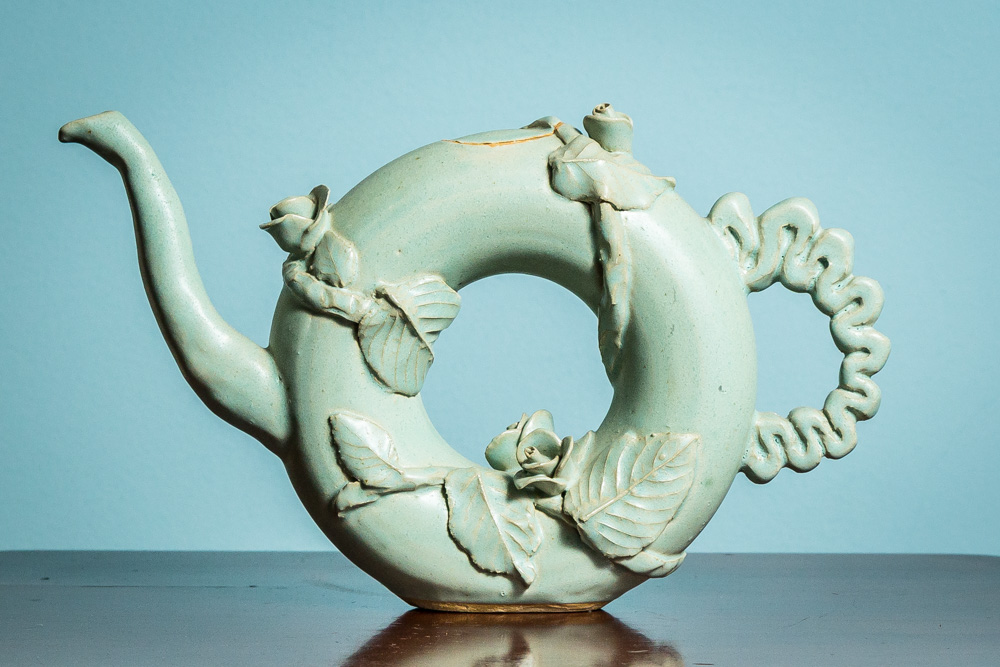 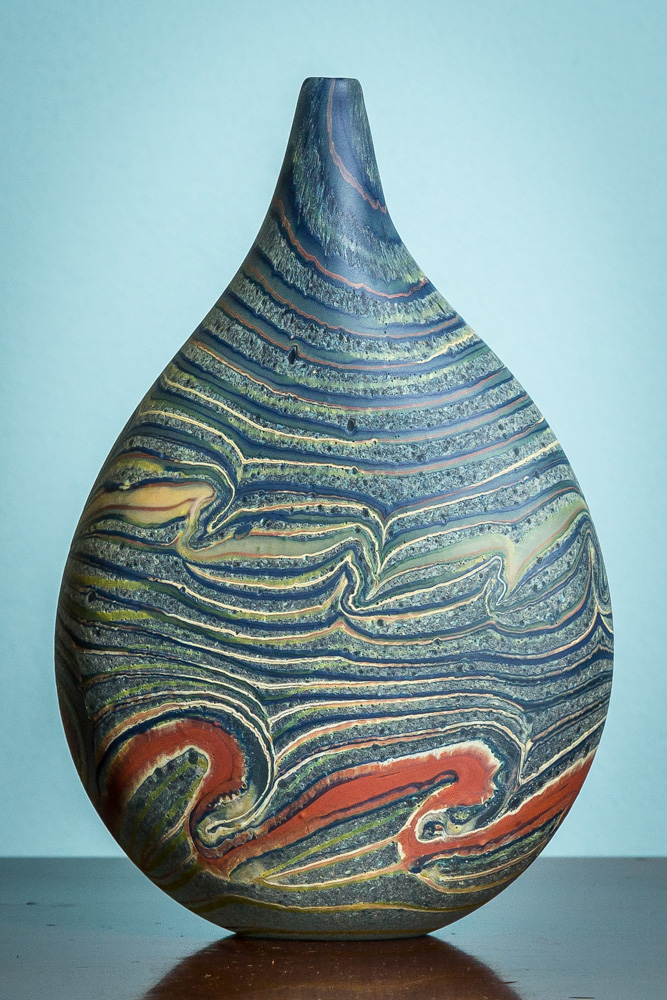 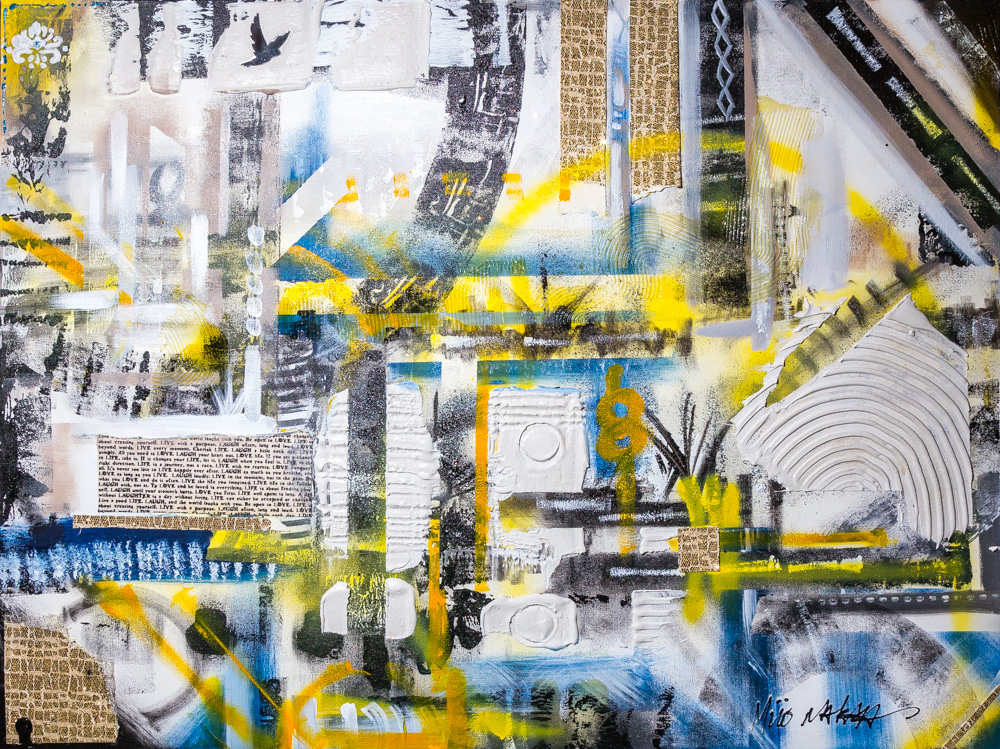 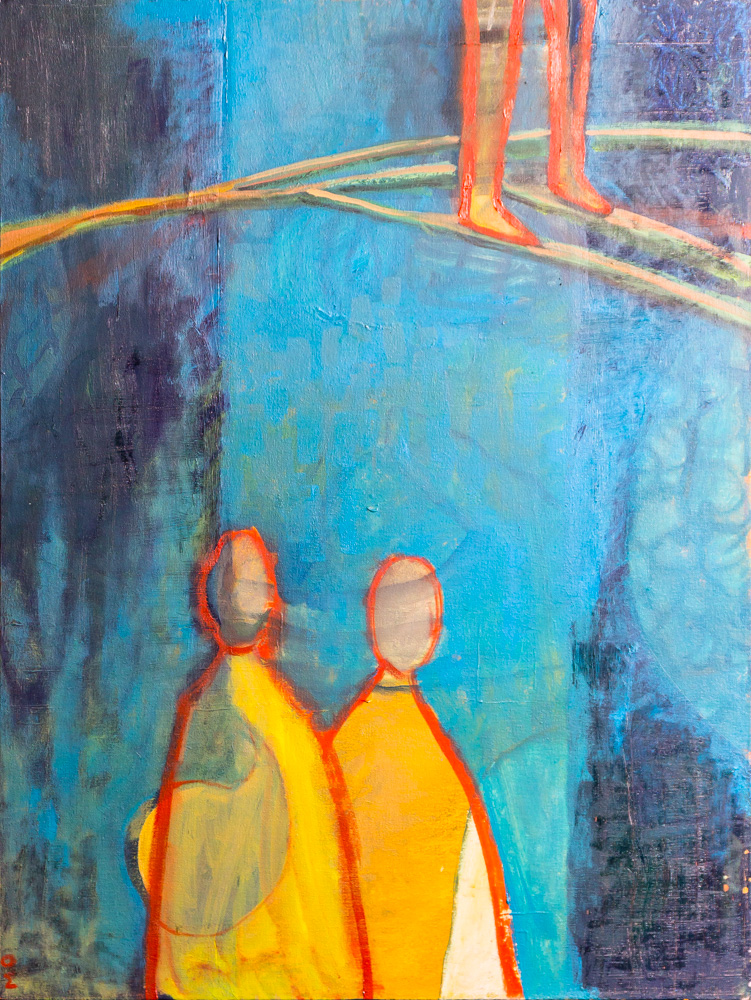 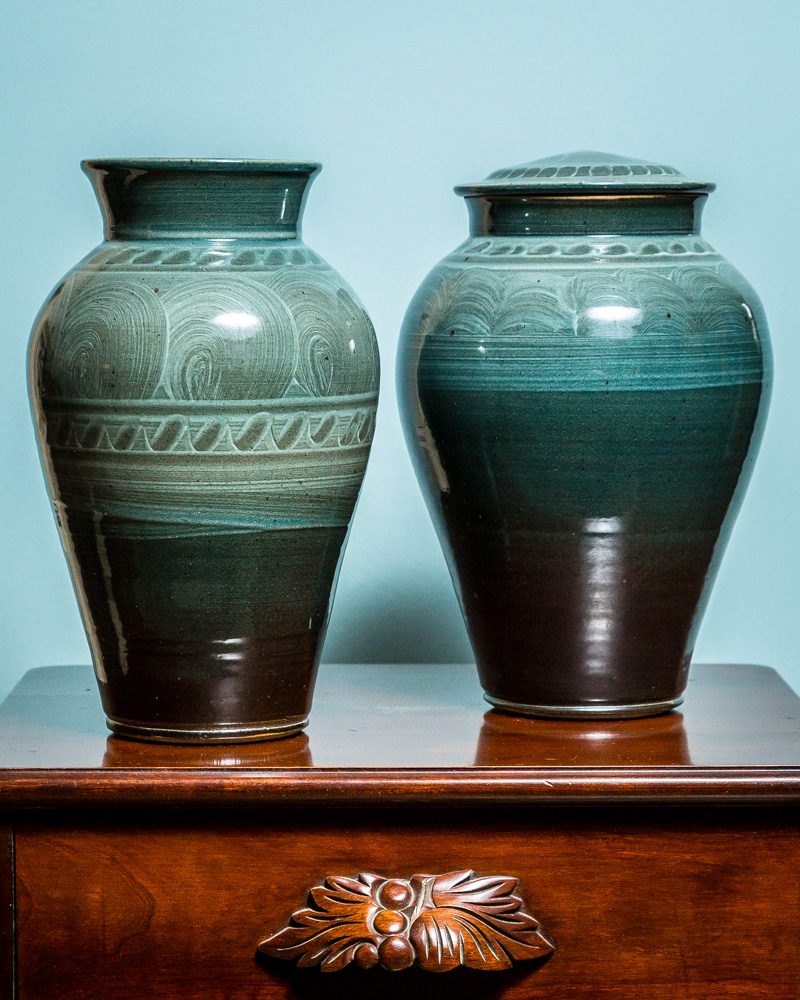 Do you research a piece before you purchase it?

Any research I do is motivated by curiosity. My collecting is impulsive – the decision to purchase is usually a chemistry … an attraction … “gotta have it” feeling. I spend a great deal of time in art venues, so I don’t have to go looking; it is constantly before me. If I don’t already know something about the artist, I will do some research. I recently purchased a blown glass vase from a local gallery. I didn’t buy it the first time I saw it, even though heard it speak to me. I didn’t buy it the second time I saw it, either. It was still speaking to me, but I was resisting. I did go online to research the studio where it was made and found out it was in New Orleans. They turned an old theatre into a glass studio. I read their story, how they had to evacuate during Katrina, worked at a friend’s studio in Texas until they could return and were surprised to find the studio mostly intact after the waters receded. The third time I saw that vase it didn’t speak to me … it shouted!

What type or medium of art do you primarily collect?

My collection is diverse; paintings, original prints, sculpture, photography, pottery, glass, wood and mixed media. It’s fairly eclectic, but I tend to gravitate toward works in clay with rich glazes and expressionist, impressionist and abstract paintings. For the past few years, I’ve been very interested in works of glass.

I don’t consider my purchases as “investments.” The monetary value of a piece does not impress me. I don’t love van Gogh because his works sell for $80 million. I like his style. I like how he spread the paint generously on the canvas like icing on a cake. I like the way he used color in non-traditional ways. I like his palette. I only use him as an example … God knows I can’t afford a van Gogh!

In one sentence, how would you describe your collection?

Much of my collection is a diverse mix of media by many of Michigan’s finest contemporary artists.

“I think it’s natural to be attracted to things we deem to be beautiful, interesting, challenging and engaging.” Greg Fiedler

Greg has tips for collectors and for those just getting started:
For those on a budget, I encourage them to attend the Flint ARTWALK, the annual Cool City Art Auction and the Flint Art Fair. I also encourage regular visits to the Flint Institute of Art. That is a great way to learn about art and discover what speaks to you.

Proper storage is essential. Most works of art should be kept in a temperature- and humidity-controlled environment – you should avoid basements and attics. If you don’t have a special room, wrap them and store underneath a bed.