Greet Death has been busy. In 2017, the band released their debut album Dixieland through Flesh & Bone Records, started touring regularly and in new places, and even changed their name – snuffing out their old moniker, Pines, and being reborn under their new, ominous one. “It seemed like we weren’t doing enough,” says guitarist/vocalist Logan Gaval. “But, when we actually looked at what we’d been doing, it was about eight or nine weeks of touring in six months.” After getting started in the Greater Flint area as Pines in 2013, the Davisburg natives have now made fans all across the Midwest and East Coast.

Dixieland is nine tracks of massive, wall-of-sound shoegaze. Layers of monstrous, fuzzy distortion coat each song. It’s drowsy and pummeling, each crushing riff a haymaker thrown in slow-motion at the listener. The melodies are dreamy and lush, and for every heavy section there’s one mellow, angelic one. The result is both polished and sludgy – two flavors that somehow end up blending perfectly. Dixieland also sounds downright monstrous live, its energy pulsing through basements and bars loud enough to hear from blocks away. 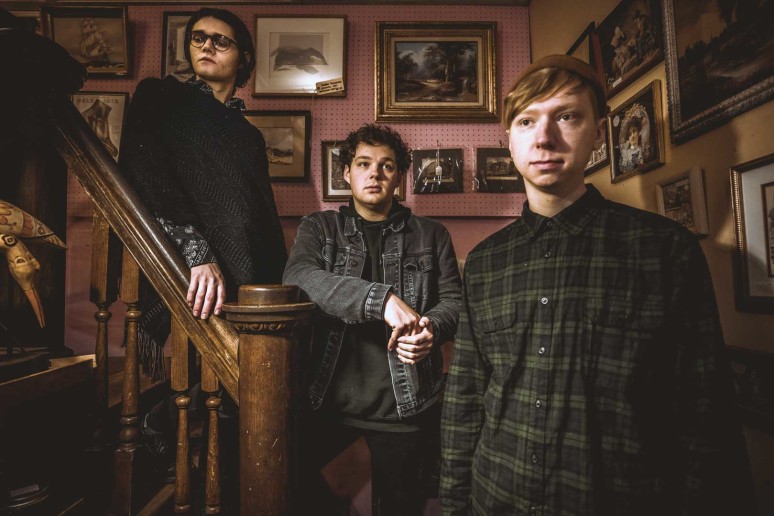 The record found immediate success. The album release show sold out, and the subsequent tours brought in loads of new fans. Dixieland even earned a positive review on Pitchfork, one of the world’s most well-known music review outlets. “I basically thought that when we put out the record, it’d be whatever, and we’d have to tour on it forever to get any recognition,” says Gaval. “And then, we really didn’t have to. We skipped some rungs on the publicity ladder.” Adds Sam Boyhtari (bass, vocals), “I don’t know that we really expected anything, other than people would like it.”

Skipping rungs or not, the band worked hard to maintain momentum by hitting the road as much as life allowed. Now, they’re embarking on their most ambitious voyage yet: a 40-day tour with Detroit shoegaze band and fellow friends, Mover/Shaker, aptly titled “The Forty Day And Forty Night Tour.” The tour started at the end of February and will run until the beginning of April, touching just about every part of the U.S., including the West Coast, which is uncharted territory for the band. This is the longest tour they will have done yet, booked entirely without the help of a label or manager. It’s a testament to the DIY ethic that makes the music scene so appealing. “We’ll see how it goes. We might all die,” says Boyhtari, nonchalantly. 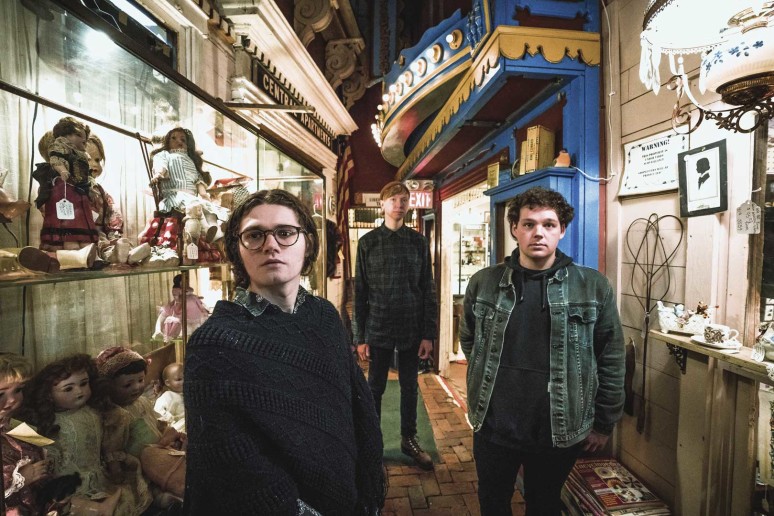 Being on the road, inevitably, means coming back home with strange stories to share. Greet Death’s strangest comes from Boston on a recent tour. “We had to do a stakeout one night, because somebody had marked our van for what I can only imagine was organized theft,” explains Boyhtari. The band members found random T-shirts hanging on their van that night, and decided to wait for the perpetrators to arrive – most likely to steal their equipment. Gaval recalls, “We were in the van drinking warm beer, and this dude walked up and looked inside. It was clear that our vehicle had been marked, so we knew we were going to stay in the van overnight with our gear.” Later on, another person walked up to the van, talking on his phone. As soon as he saw the guys were there, he bolted. The band even recorded a podcast during the stakeout, making the best of a potentially terrible night. Luckily, nothing ever happened, and all of the band’s gear remained intact. “On tour, we’re living at an expedited pace and meeting new people every night, so those stories just happen. I’m excited to see how many strange things will happen on this 40-day tour,” says Gaval, “Every day, there’s an opportunity for disaster.”

After they complete their cross-country odyssey, Greet Death plans to get started on their next big goal: taking some “writing trips” to work on the next record. “Sam (Boyhtari) has this cabin up north that would be really conducive to the creative process – just isolating yourself and riffing,” says Gaval. The band already has a few skeletons of new songs waiting to be fleshed out, especially now that they’ve found their first full-time drummer with Jimmy Versluis. It’ll be the first time they’ve written a record from the ground-up with a solidified team. “It’s a clear continuation of sound and space while treading new ground,” says Versluis. What they have so far, the band claims, is their best work yet, saying it’s much more lyrically-driven and dynamic, while exploring some new avenues. Gaval aims to experiment more with acoustic guitars layered over electric, and Boyhtari has plans for piano parts, as well. “We’re gonna make an effort to make sure everything is there in its place for a very specific purpose,” he says. 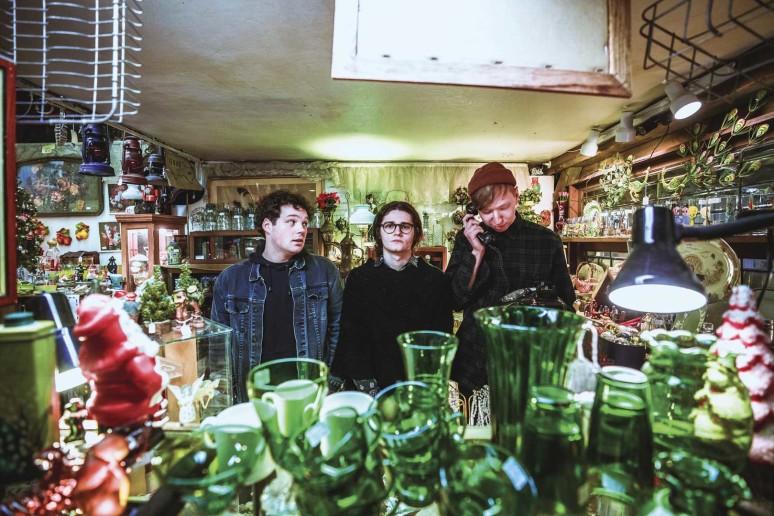 Last year marked something of a fresh start for Greet Death, changing their name, solidifying the team, and dropping a successful debut record. After a breakout first (official) year, 2018 looks to be just as busy and ambitious for the band. On top of touring and writing a new record, pre-orders for the vinyl release of Dixieland are now available through Flesh and Bone Records. The vinyl release show will be played at Bled Fest in Howell, MI this May.

“I don’t know that we really expected anything,
other than people would like it.”
Logan Gaval