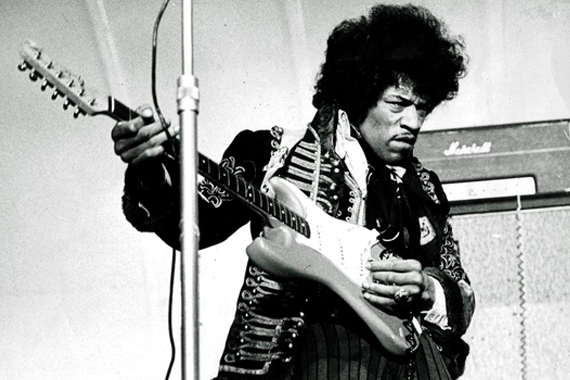 It was in October of ’67 that the last two hours of my nightly radio program on WTAC began featuring only heavy rock music instead of continuing the station’s basic “Top 40” mix. Although this was unheard of in contemporary programming, it made sense for a number of reasons.

First, we had certainly seen a remarkable surge in pure rock-oriented music over the summer, and it showed no signs of dissipation. Secondly, it was becoming difficult to mix a Jimi Hendrix selection with Barbra Streisand and The Moody Blues with Johnny Cash, or Nancy Sinatra with a Bob Seger tune and still maintain any sort of programming balance for younger listeners. Tastes were beginning to sharply polarize.

Lastly, the Mt. Holly factor could not be ignored. Here was WTAC bringing the essence of new rock music to the public, but we weren’t consistent in offering Mt. Holly concert attendees the product they loved over our airwaves. No other top rated radio station in America had tried anything like what we were about to do. So what if we were first? Might as well jump!

The “WTAC Underground” made its debut, dropping all regular WTAC jingles and program mechanics and featuring nothing but the best “Pure Rock.” What qualified for inclusion was loosely defined. I had personal charge of our “WTAC Underground” library, which grew larger by the day. By the end of 1968, it consisted of over 400 albums. I had a storage rack assigned for exclusive “Underground” use which expanded to three large filing cabinets.

I adjusted my on-air presentation style substantially during those broadcasts. The normal Top 40 approach called for very high-paced delivery and an often artificial smiling sound, more or less an aural “happy face.” An accomplished practitioner sounded like Bozo the Clown on methamphetamine. I certainly did.

A completely different persona was evolved for the “WTAC Underground.” I pulled my vocal pitch down rather than up; not a hint of commercial hype was left. Talk was limited to brief essential conveyance. My delivery slowed to an almost hesitant semi-crawl. The whole idea was to act as juxtaposition to the music, which became the sole energy driver, and to convey the feeling of being sturdy, but definitely stoned.

As nighttime ratings reached ever more impressive levels, which became widely reported in the trades, this simple approach was emulated in the Detroit market when Jerry “Shooby Doobie” O’ Neill left WTAC for a spot at CJOM-FM in Windsor, Ontario under his real name, Jerry Lubin, later to join WABX-FM. Subsequently, it became
a standard presentation pattern for FM Album Oriented Rock – and is still functional today.

As ’68 unfolded, The Beatles took us all along on their “Magical Mystery Tour” in January. The Lemon Pipers banged away in February on their “Green Tambourine.”
Everyone thought that Dustin Hoffman had really caught it when “The Graduate” was released in March. Simon & Garfunkel, their music providing an exceptional sound track to the film, went right into the WTAC “Underground” with no complaints.

In late March, Jimi Hendrix was booked into Flint’s IMA Auditorium for a Sunday afternoon concert, which I was asked to help promote. As I was completing his introduction, he cruised on stage, hugged me and gave me a great big kiss on the forehead. Right on cue, his guitar screamed the first few notes of “Purple Haze” and off we went, before a fully packed house.

Led Zeppelin came to the “Underground” in 1968, and I played everything off their first album, especially “Whole Lotta Love.” When The Beatles released “Hey Jude” in August, I took two copies of the record and after many attempts, succeeded in splicing together the long chorus at the end so that it kept on repeating. Capitol Records in Detroit called us and said they were catching major flack from their local stations. Listeners were demanding to hear the “45-five minute version” of “Hey Jude” that was being played by WTAC in Flint. 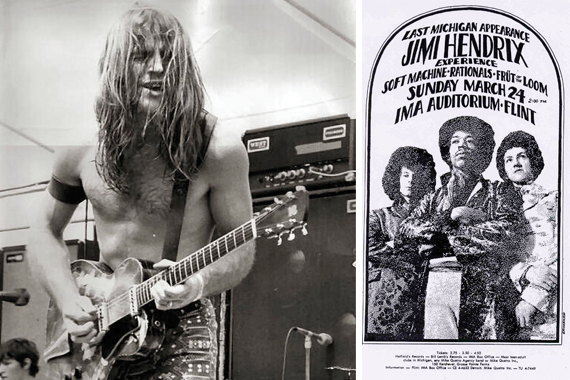 As the summer of 1969 approached, WTAC’s sales department dreamed up a promotional event to be called “Wild Wednesday,” held at Sherwood Forest in Davison. June 25 turned out to be a day of fun in the sun with station client exhibit booths, contests, rides, games and exciting prizes. WTAC sponsors who had chosen to take part in the event were more than pleased. We were delighted when 4,000 rockers paid two dollars to gather outdoors and see six local groups and co-headliners “The Rationals” and Bob Seger – an attraction added as an afterthought. It provided immediate inspiration for the future.

“Watch out for the brown acid, man.”

In Detroit, The Grande Ballroom and East Town Theater were bringing in new superstars, including The Who, Blind Faith, Creedence Clearwater Revival and The Doors.

In Lapeer, Terry Knapp’s father was a milkman. Terry became Terry Knight and was hired as a DJ at WTAC, later working at Detroit’s WJBK and CKLW. An extraordinary air talent and master storyteller, Terry had returned briefly to Flint in late 1964 as an air personality at WTRX. While back in Flint, he rented the IMA Auditorium and bought commercials on his station for a special promotion. The copy was quite clever.

Two thousand showed. Terry plugged in his turntables and played records featuring all the “sounds” of the artists mentioned in the advertisements, walking away with several thousand dollars. Although outraged at such an amazing scam, we secretly had to admit he certainly had pulled off a good one.

The time was at hand for Terry to leave broadcasting. He wanted to be not just a radio hero, but a Rock & Roll Star. Joining forces with Flint musicians Mark Farner and Donnie Brewer, Terry changed the name of Donnie’s band The Jazz Masters to The Pack. “Terry Knight and the Pack” started playing throughout the Midwest with Terry out-front on vocals, backed by The Pack.

In 1966, Terry Knight & the Pack were signed to Lucky Eleven Records and had a minor national hit with “I (Who Have Nothing).” It was their only big single. Their two albums that followed flopped, so they were dropped.

But wait. If Terry wasn’t making it big as a “star”, what about nailing the big time as a “star-maker?”

Returning to Flint, he called Donnie and Mark. They needed a bass player. Mel Schacher was out of work, having formerly played with Question Mark & the Mysterians.
As anyone who ever waited an eternity for a train to pass through one of Flint’s many railroad crossings knows, Grand Trunk Railroad ruled the rails in the Auto City back in the late ‘60s. Terry pictured the trio pounding out basic rock and blues with minimal frills. They’d just chug right along and huff and puff like a big old Rock & Roll locomotive steam engine, and become “Grand Funk Railroad.”

Terry rehearsed the band hours upon end and somehow, some way, was successful in booking the completely unknown group at a major musical marathon down south called the Atlanta International Pop Festival. He leveled his considerable talents at media manipulation toward every reporter, music critic and record executive who might come within a hundred miles of the Festival. The hype was so heavy that the world was waiting and Grand Funk Railroad delivered in Atlanta. They weren’t fancy. They weren’t flashy. But they delivered. And they were LOUD! They did so well in their original time slot, they were asked to return and close the show. They tuned-up and turned-up even louder!

News of the concert spread wildly and Grand Funk Railroad was on the front page of newspapers across America and featured in key television clips of the Pop Festival. Worst to first. Lame to fame. Terry had pretended and it all came true!

Grand Funk of Flint would soon be featured on a $100,000 billboard in New York’s Times Square and outsell The Beatles at Shea Stadium.

Next issue, Sherwood Forest gets put on the map with eventual Rock & Roll Hall of Famers Alice Cooper, Iggy & the Stooges, Parliament Funkadelic, Joe Walsh and a major police bust of the infamous Detroit band, MC5.