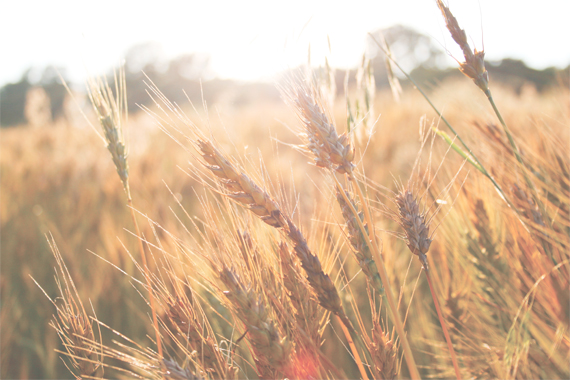 I know one thing: I am glad I’m not made of gluten, since I very well could be public enemy No. 1. These days, gluten has been topping the food world’s bad-guy list. Whenever dieticians and experts start harping on gluten, I think to myself in despair, First I had to count calories, then fat, then carbs. Now, everyone is talking about this gluten. Soon, we’ll be down to tree bark, and someone will still tell us to count the rings in the tree it came from before we eat it!

But this gluten stuff is not something you count and try to eat less of. You avoid it, completely. Gluten is a protein found in wheat, barley, rye and other grains; it’s a thickening agent and basic ingredient in breads, baked goods, salad dressings, soups and a lot of other yummy things. The problem is that in some people, this protein can trigger an autoimmune response.

For people who have Celiac disease, consuming gluten can have devastating consequences. Avoiding it is not optional for these unfortunates, it is serious business. But Celiac has been a known problem for a long time. The reason for gluten’s recent harpooning is because of something called ‘gluten intolerance.”’This is where the waters get murky. Gluten intolerance can lead to a range of symptoms, from digestive issues to depression, anxiety, joint pain and fatigue. However, only about ten percent of the population actually suffers from true gluten intolerance, so how did gluten move to the front of the diet hit parade? Well, fear runs rampant – just about as rampant as the presence of gluten in high-carbohydrate foods, actually.

Unless you’ve been living under a rock, you’ve heard that cutting carbs helps some people lose weight. Some people who cut gluten out of their diets also lose weight. Hey, I thought, I suffer from anxiety, joint pain, fatigue – and an extra ten pounds, I thought. Why not try it? “It can’t hurt,” said my doctor, signing off on my latest endeavor to make myself miserable.

The difference between cutting out gluten and cutting out carbs is that our bodies and brains need carbohydrates to function, whereas we do not need gluten. Doing away with it does not damage our bodies.

Marjie Andrejciw, owner of Marjie’s Gluten- & Dairy-Free Pantry in Fenton, says ditching gluten could help a lot of us, even if we aren’t officially categorized as intolerant. “Gluten isn’t something we are supposed to eat,” she said, “It’s actually hard for our bodies to break down.”

Giving up gluten just to lose weight is not the best strategy. First of all, gluten is difficult to avoid because it’s in everything. Seriously, start looking at labels at the grocery store: it is crazy how many things are made with gluten! There are gluten-free varieties of baked goods, pasta, cookies, etc. but the trouble is, eating too much of those foods will make you gain weight, too.

I lost about ten pounds post-gluten, but it was a lot of work. I found myself eating mostly fruits, rice, vegetables, quinoa, nuts and lean protein: things that have only one to three ingredients because I am too lazy to scrutinize labels. Of course, if you eat like that and control your portions, you’ll probably lose weight, too.

After months on a gluten-free diet, I felt incredible. My skin looked great, I had no fatigue and less joint pain. Naturally, I didn’t stick with it. Ah, human nature. I gained the weight back and started feeling cruddy again, which makes me think I may be gluten intolerant, although I’ve not been tested. Recently, I’ve gone off the stuff again – mostly.

Should you try gluten-free? Ask your doctor, and prepare to make reading labels your passion.

Why do I suddenly want to eat cake?

Leslie Toldo has reported on healthcare and medical issues on Michigan TV sets for nearly 20 years. She grew up in Baton Rouge, LA and graduated from the University of Wyoming with a Communications degree in 1990. An avid runner, Leslie is also a member of the Board of Directors at the Humane Society of Genesee County. She lives in Linden with her husband and three big dogs: Daisy, Bear and Gus.