Setting goals and accomplishing them is a theme for Sara Johnson, 21, who is currently working to help Flint achieve membership in the Girls Rock Camp Alliance – a global network of arts and social justice-focused and community-building opportunities for youth. The organization has members in Australia, Africa, Europe, Asia, Canada and dozens of U.S. states such as Florida, Virginia, Illinois, California, Arizona and Michigan.

“Once approved, Flint will be the third Girls Rock Camp in the state,” says Johnson, adding that Grand Rapids and Detroit are already members of the worldwide network which boasts the mission statement: Joy is a Revolutionary Force. 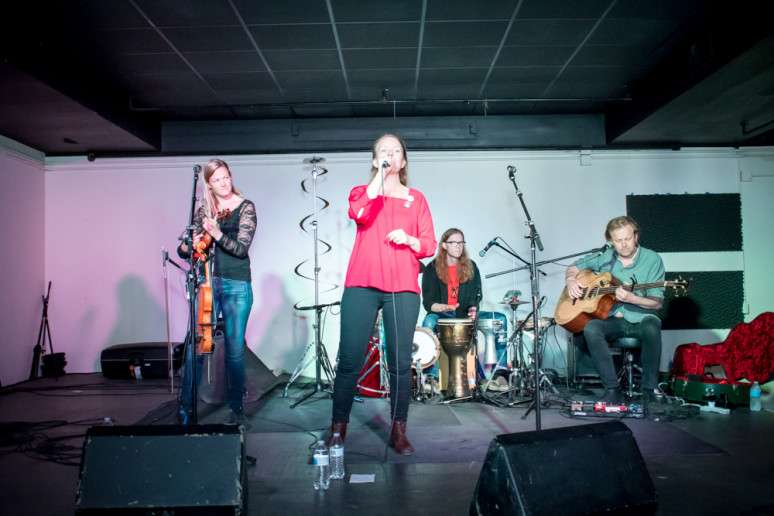 The member-based and volunteer-run Girls Rock Camp Alliance embraces music, art and creative expression. It is also political; friendly to trans and gender-non-conforming people who participate in it because it is a safe place to be a part of a movement working toward dismantling societal oppression.

Johnson’s transformation is ongoing professionally and personally. Their desire to help other youngsters like them gives them a strong purpose.

“Fostering unity in the music and arts community for youth ages 10-18 in low-income neighborhoods is a big passion of mine,” says Johnson, who serves as program director for Flint Girls Rock Camp, which will offer a six-day camp August 6-11, for 25 teens who might not otherwise have a chance to be exposed to music, songwriting, marketing and merchandise, leadership, collaborating and performing in a band for a live audience. 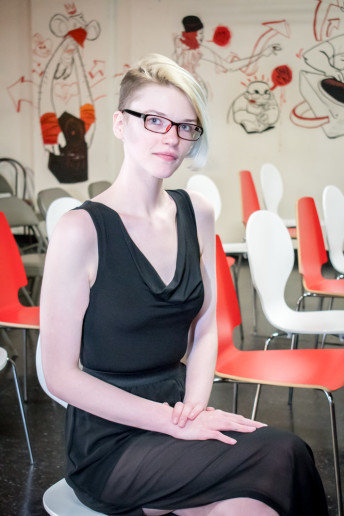 “Fostering unity in the music and arts community for youth ages 10-18 in low-income neighborhoods is a big passion of mine.”
Sara Johnson

Johnson’s ability to organize, coordinate, network and gather Downtown resources is evident as they juggle many roles and titles – they are event coordinator and social media manager for Red Ink Flint, Factory Two and Flint Local 432, where they also serve as club manager. On the general staff at Factory Two, Sara works closely with their mentor Joel Rash, Founder of Local 432, a non-profit, substance-free, all-ages concert venue in Downtown Flint.

“I live and work Downtown,” says the young adult who walks to work and proclaims to identify as gender non-binary, which coincidentally, is parallel to one of the Points of Unity subscribed to by Girls Rock Camp Alliance: “Gender is fluid, expansive, and cannot be contained within a binary.”

Music, social justice, politics, being vocal about cultural views and exhibiting leadership is at the heart of GRCA and Johnson, who says that a decade ago, they struggled to speak in public, look people in the eyes and suffered from potent social anxiety. 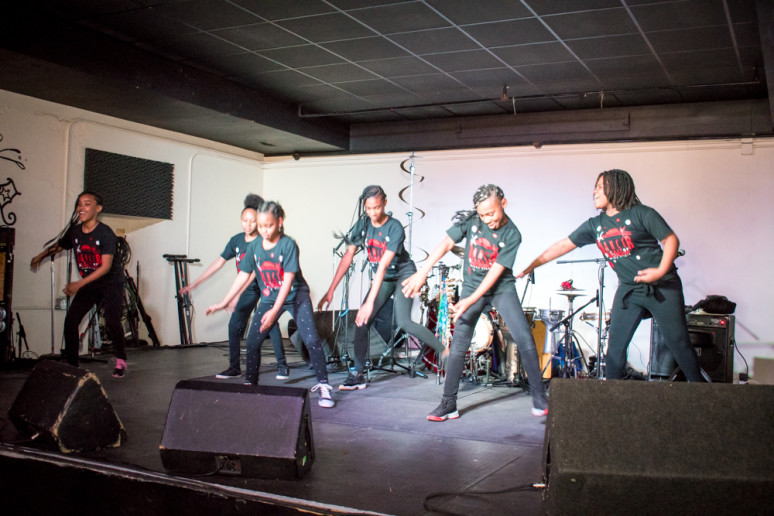 Flint’s pending status as members in the Alliance will change to full-membership once Johnson completes all the essential steps to join. The program is partly funded and supported by the Michigan Council for Arts and Cultural Affairs, Charles Stewart Mott Foundation, and Red Ink Flint.

“There are several requirements to join and hosting a camp for young people is one of them,” explains Johnson, who recently attended a training and networking conference in New Jersey along with other GRCA members to become familiar with the worldwide group’s format and Points of Unity. “The conference taught me how to operate, structure and organize a GRCA, but I’m planning to tailor it to Flint’s own uniqueness.”

Working behind the scenes to get ready for the Girls Rock Camp keeps the business-minded, vocal feminist who worked their way up to their current position of Flint Local 432 Club Manager busy, to say the least.

“I’m designing the camper applications, recruiting local talent to teach courses, enlisting camp instructors and getting locations secured such as Factory Two, and of course Local 432 which will serve as the main site locations for the camp,” says Johnson. 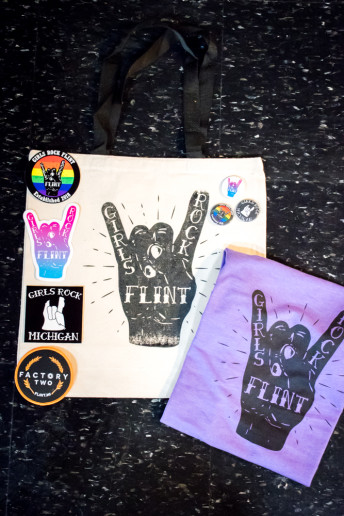 Early last month, Johnson kicked off Girls Rock Flint by introducing it to the community and prospective campers at Flint Local 432, where Norway’s Unni Boksasp Ensemble of the Arts Midwest World Fest performed, along with other local musicians and dancers.

Johnson’s dream to one day open their own venue led them to discover The Local, which changed their life. “The Local immediately appealed to me. Once I showed up here, I basically never left,” they laugh.

The articulate and determined entrepreneur’s beginning consisted of being a door volunteer but evolved in the next decade to include all their roles and titles connected to the Flint Red Ink music industry. “I’m research-driven, I have a strong background in business since both of my parents are in restaurant management, and I’ve been given a chance to learn and grow.”

Joel Rash says he doesn’t regret giving Johnson an opportunity. “Running a program can be pretty straightforward, but launching a program is always challenging. Sara has taken the lead on Girls Rock Flint from day one; from conception through grant-writing to assembling a staff and more. That level of commitment to the work of Girls Rock, and to the young people in Flint who will benefit, is really inspiring.”

Toiling in the music and cultural scene is where Johnson plans to build a strong movement for cooperative liberation and so far, they’re making it happen.