The Zonta Club of Flint has announced the 2017 inductees to the Genesee Regional Women’s Hall of Fame. According to Zonta Club of Flint President Stacy Betts, the honorees are women from the community whose achievements (past and present) have positively impacted the history of Genesee County.

“The Zonta Club of Flint strives to bring greater visibility to the roles that women have played in Genesee County history and acknowledge that women impact and improve lives every day,” says the president. The 2017 Inductees were presented at Zonta’s eighth Annual Awards Dinner held on April 20 at the Flint Institute of Arts. 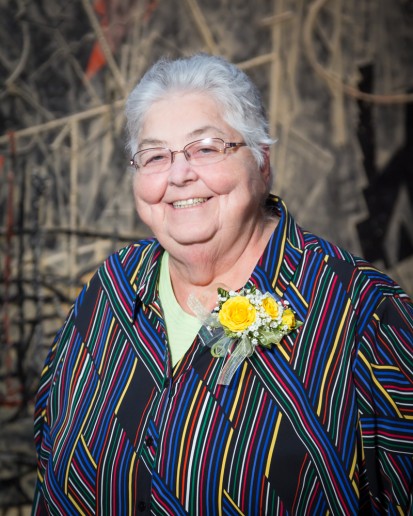 The Center works to help women in the community better themselves and their families through cultivation of self-esteem, emotional intelligence and faith-building, while focusing on improving their physical health. During the ‘90s, Sister Judy worked with St. Luke Catholic Church providing a street ministry that offered clothing and food to Flint’s homeless population. She began a partnership in 2012 with the Michigan Economic Development Corporation and Community Ventures. In 2015, the Center secured a contract with Stormy Kromer, a legendary American manufacturer of high-end outdoor gear with a factory in Ironwood, MI, to sew wool vests that are shipped all over the world. The Center hosts annual literacy fairs, offers a food pantry, and provides hot meals to over 600 people twice a week. 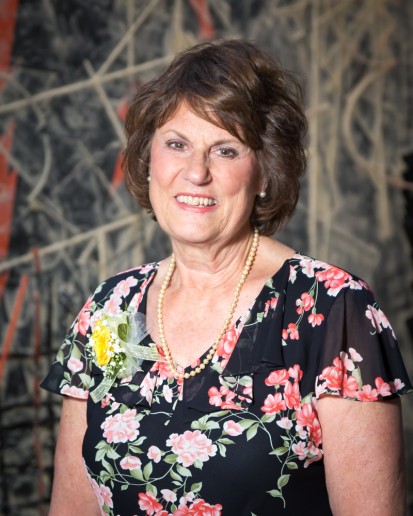 A secondary English teacher in the Flint Community Schools between 1964 and 1992, Dr. Goering achieved noted prominence in Genesee County as an educator. She was a leader in the development and enhancement of Flint’s Secondary Gifted Education Program. Later, she moved into an administrative position until 1998, which led her to the Carman-Ainsworth School District where she assumed the role of Assistant Superintendent for Curriculum and Instruction. Dr. Goering continued to serve on committees and task forces including the School Improvement Task Force, and Learning Improvement Services Region 7 Representative. Among her many achievements, Dr. Goering was awarded the Christa McAuliffe Fellowship by the U.S. Department of Education. Even after retirement, Dr. Goering remains involved in Genesee County organizations – Whaley Children’s Center Board of Directors, Community Foundation of Greater Flint Women and Girls Fund Advisory Committee, and the STAR Program, to name a few. 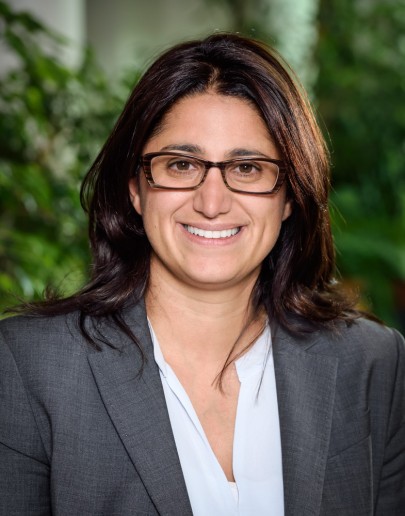 Dr. Hanna-Attisha was the lead researcher in a study conducted at Hurley comparing the lead levels in children, age five and under, from 2013 and 2015. She discovered that the lead levels were two times higher than the approved standards. Dr. Hanna-Attisha’s report was one of the deciding factors leading to the declaration of the public health emergency and brought about the movement to resolve what has become Flint’s greatest health challenge to date. 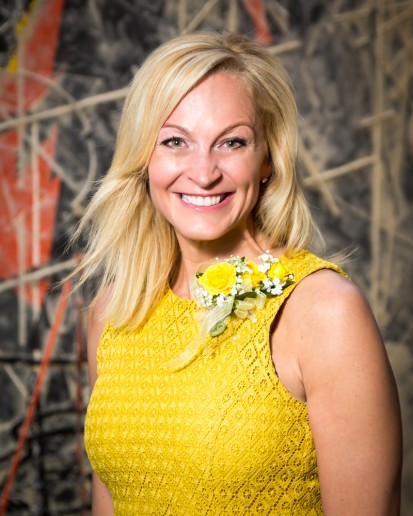 A National Edward R. Murrow and Emmy Award winning reporter, Angie has been a part of the ABC 12 Team for 20 years. She grew up in Davison, completed her undergraduate education at Central Michigan University, and holds a Master’s Degree in broadcast journalism from Northwestern University. In 2010, she was recognized with the Edward R. Murrow Award in the hard news category for her report on Genesee County Baby Court – a program in designed to repair broken families. In 2012, she and local businessman, Phil Shaltz, formed the Flint Diaper Bank, which distributes more than a million diapers annually to the local community. Hendershot also serves on the Weiss Child Advocacy Center Board of Directors and co-chairs the annual Super Hero Fun Run to benefit abused and neglected children in the community. 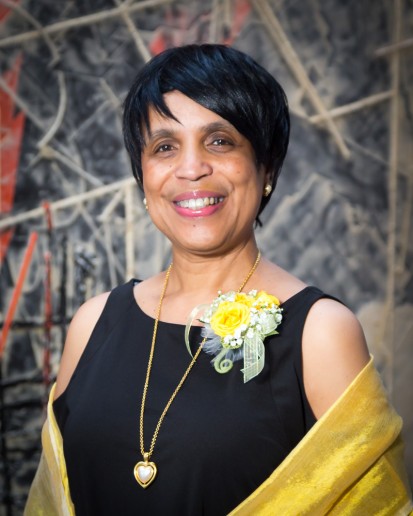 In August 2014, Dr. Walker-Griffea became the seventh president of Mott Community College in Flint. She is the first African American and female president in the College’s history, and is currently the only African American female community college president in Michigan. Dr. Walker-Griffea has a legacy of creating college student success environments. Her career has spanned more than 30 years as a university representative, instructional faculty member, counseling faculty member and college administrator. She serves locally on the Board of Directors for the Greater Flint Health Coalition, McLaren Health Care-Flint, Carriage Town Ministries, Metro Community Development, and the Michigan Community College Association (MCCA). In addition, Dr. Walker-Griffea is also a member of the Flint & Genesee Chamber of Commerce
Operating Board and serves on several Chamber committees, including the Genesee Global Action Team and the Regional Leadership Council. 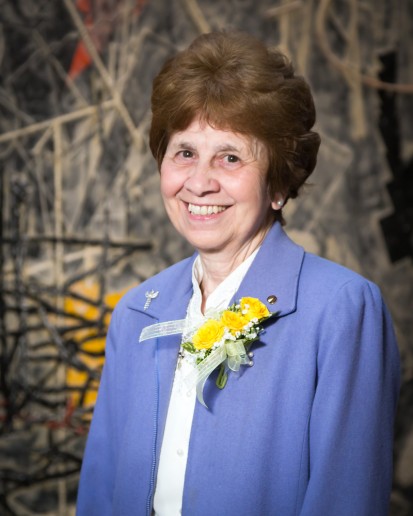 St. Luke’s N.E.W. Life Center in Flint, Michigan works to help women in the community improve themselves and their families through faith-building, job training and cultivation of self-esteem and emotional intelligence, while focusing on improving their physical health. During the ‘90s, Sister Carol worked with St. Luke Catholic Church providing a street ministry that offered clothing and food to Flint’s homeless population. She began a partnership in 2012 with the Michigan Economic Development Corporation and Community Ventures. In 2015, the Center secured a contract with high-end outdoor gear manufacturer, Stormy Kromer, to sew wool vests that are being shipped all over the world. The Center hosts annual literacy fairs, offers a food pantry, and feeds hot meals twice a week to over 600 people each month. 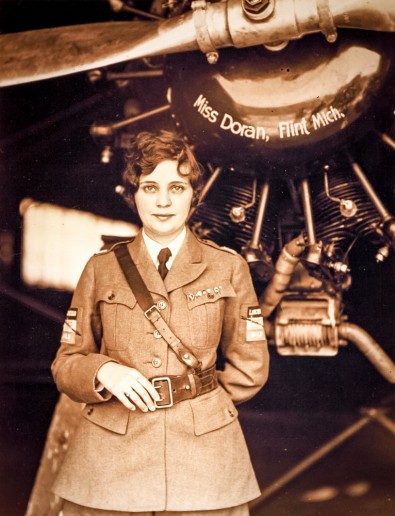 In an attempt to become the first woman to fly across the Pacific Ocean in 1927, 22-year-old Mildred Doran tragically perished. The Flint Central High School graduate was the only woman participating in the Dole Race, which offered a $25,000 prize to the first pilot to fly from California to Hawaii. Mildred’s aircraft, Miss Doran, was one of only four to leave the West Coast and one of the two that were lost over the Pacific. She contributed not only to the history of the region, but to aviation as a whole, ensuring a continuing role for women in aviation and flight.

Source: Biographical information about the inductees was provided by the Zonta Club of Flint

Zonta International is a worldwide women’s service organization of executives in business and the professions working together to advance the status of women. Zonta’s goal is to improve the legal, political, economic, educational, health and professional status of women around the world.