In this three-part series, MCM will highlight GM’s early years, the company’s ups and downs during later, more tumultuous times, as well as what the future may hold for GM in Flint and at a national level.

In 1903, David Dunbar Buick founded Buick Motor Company with a $10,000 deposit from James H. Whiting (owner of Flint Wagon Works). As the new owner, he decided to move Buick from Detroit – where only six cars had been completed that year – to Flint. At this point, Buick Motor Company was reorganized in January of 1904 with $75,000 in capital stock.

Because of his financial troubles, Buick sought assistance from Benjamin Briscoe, a wealthy industrialist who was impatient when by May of 1903, there were still no cars available to sell. So, Briscoe took matters into his own hands, becoming the majority stockholder in the new Buick Motor Company, which replaced the bankrupt Buick Manufacturing Company. Briscoe wanted to sell the company to Whiting.

The Buick production process was a slow one. Vehicle deliveries began in August of 1904, with only 37 cars completed by the end of the year – the Model B – at a cost of $950. Its first test run was July 9, 1904 when Walter Marr and Thomas Buick (David Buick’s son) drove from Flint to Detroit at a top speed of 30 miles per hour.

General Motors was poorly financed and had no plan for high-volume production and sales. Buick was worried at this point, as the company was far from being profitable, owing $25,000 to three Flint banks. Their only hope was Durant-Dort Carriage Company, run by William Crapo Durant.

In 1904, Durant convinced Charles Stewart Mott of Weston-Mott Company, their primary axle supplier, to move from Utica, New York to Flint. A new

Weston-Mott factory was built on the Hamilton property. With this growth, Durant raised Buick’s capitalization by $1.5 million. After that, he bought out Flint Wagon Works and David Buick.

On November 1, 1904, Durant took full control, refinancing Buick Motor Company by raising its capital stock from $75,000 to $300,000. With the Durant-Dort takeover, Buick stepped down as president, but remained as secretary. Durant appointed Charles M. Begole (Flint Wagon Works official and prominent Buick stockholder) as president. Despite these changes, Durant still made all the decisions for Buick Motor Company. He envisioned a plan to reorganize production to comply with increased demand, so he bought a new factory on the 220-acre Hamilton farm for $22,000. While this was being built, Buick assembly was moved to a plant in Jackson, MI – a Durant-Dort subsidiary.

By March 1906, the Jackson factory was producing up to 250 units weekly; most of that year’s total was 1,400 cars. The Buick sales manager, Charles Van Horne, was writing orders faster than the plant could fulfill them. By 1907, GM had climbed to second place in America’s auto industry; in 1908, it built 8,820 vehicles. Durant made the Buick company the foundation of his newly-formed holding company, General Motors. 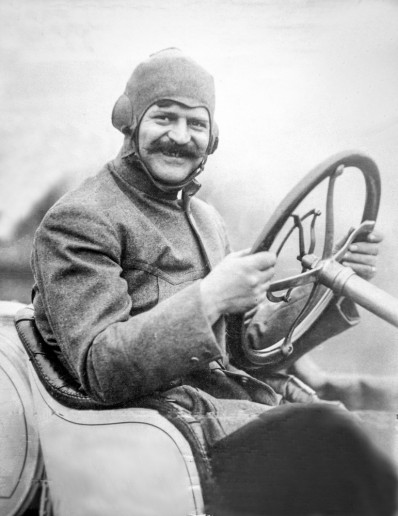 After Durant was forced to leave GM in 1910 due to his desire for continued expansion, he began building the Chevrolet Motor Company, which was formed in 1911 by Durant and Louis Chevrolet. Chevrolet was a Swiss race car driver and automotive engineer, who Durant hired to drive Buicks in promotional races.

J. Dallas Dort served as president for a short time in 1912; in 1913, however, he stepped down from Chevrolet and ended his partnership with Durant, who was determined to reconquer General Motors. Within ten years, Chevrolet would be the number-one selling car in the United States.

The first Chevy factory location was in Flint at the corner of Wilcox and Kearsley Streets, now known as “Chevy Commons.” Its first car, the Classic Six, was finished in 1912 and set at the premium price of $2,500. It wasn’t until 1913 that the Chevrolet Royal Mail Roadster was the first to wrap every feature into one car; it was priced at $750. That same year, Chevrolet parted with Durant, leaving behind the rights to the name and the logo, which was being designed at the time. By 1914, the “bowtie” emblem – designed to look like the Swiss cross – had already appeared in its first advertisement. 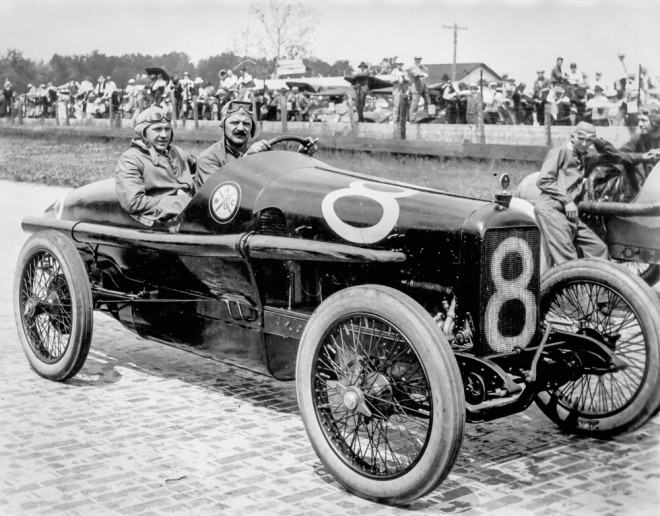 GM acquired Chevrolet in 1918, with Durant regaining control after offering GM stockholders five shares of Chevrolet stock for every one share of GM. 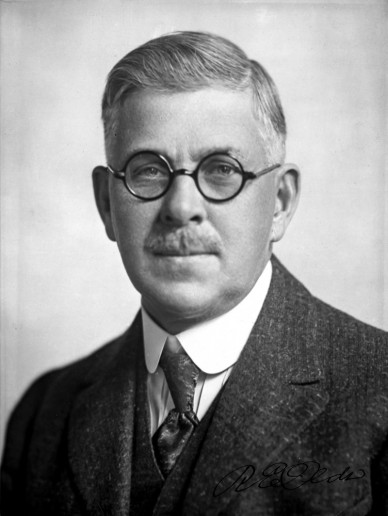 Random Eli Olds founded Olds Motor Works in August of 1897. Born in Geneva, OH in 1864, Olds began working for his family’s machine repair and engine-building business as a teen. Olds Motor Works was financially backed by Samuel L. Smith, who made his fortune in lumber. In 1900, the company moved from Lansing to Detroit after a fire destroyed all of its car, except for the one-cylinder, curved-dash model. In 1902, Olds returned to Lansing and began producing more of that vehicle – it was the first American-made car to be produced on the assembly line.

After disagreeing about the future of the company, Olds broke away from Smith and his board. He wanted to produce smaller cars, while the others preferred larger, more expensive models. Olds left in 1904, and the company was absorbed into GM in 1908.

By the 1920s, Oldsmobile’s six- and eight-cylinder models sat in GM’s line-up; less expensive than Buicks or Cadillacs, but ahead of Chevrolet. Earning the reputation as GM’s “experimental” vehicle, it introduced the safety automatic transmission in 1938. GM discontinued the brand in 2004.

Contrary to its longtime cachet, Cadillac’s roots were quite humble. Eventually, Cadillac was placed at the top of the GM’s “vehicle hierarchy,” producing large luxury cars, but also commercial vehicles such as limousines, ambulances, hearses and funeral home flower-cars. Cadillac introduced features including power steering and automatic windshield wipers.

We must venture a little farther south to Detroit, where Henry Ford had attempted to start his own auto company. Cadillac was founded by Henry Leland out of Ford’s second failed venture. Leland was brought in to assess the company’s assets and convinced them to stay in business by starting Cadillac Car Company in August of 1902. The company was named after Antoine Laumet de La Mothe Cadillac, a French explorer who founded the city of Detroit in 1701.

In July 1909, Durant convinced Wilfred Leland to sell Cadillac to GM for $4.5 million. The Lelands stayed on with positions in management and production. Three years later, Charles F. Kettering entered the picture, introducing the world’s first successful electric self-starter in a V-8 engine. By 1915, this engine was installed in all Cadillac models.

Next month … Part 2: The Later Years.