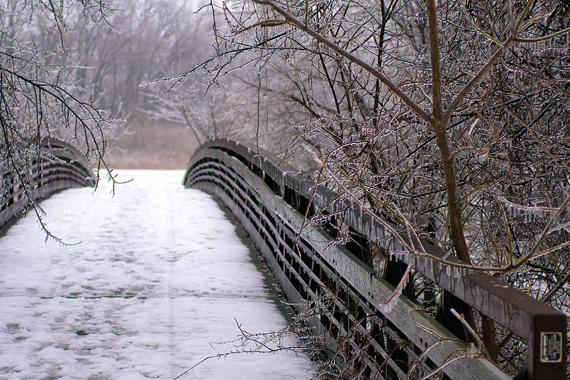 A couple of hours ago, I took a break from writing this letter to watch the implosion of Downtown’s Genesee Towers building. Hard to believe the landmark is now gone from the Flint cityscape. I know it brings sadness to some, but though the building no longer stands, the memories of time spent there – jobs, events, business lunches and conversations with colleagues at the U Club – just standing in its shadow Downtown – will live on for all of us. For me, it’s an indication of change, something necessary for progress and forward motion. The Genesee Towers razing is just one element of the change that is critical to the rebirth of our city. Now that the dust has cleared, what will become of that space? Stay tuned.

While a big part of MCM’s purpose is to look forward, we can’t do so without also looking back. In our “My Giving” section is the story of Jack and Sally Goggins entitled Field House of Dreams. It’s about their dedication to their beloved Powers Catholic High School and their indelible mark on the community. There is an endless list of stories about stand-out community leaders, some existing silently, supporting institutions dear to them and leaving legacies that make life better for future generations. You’ll only find those stories here in MCM.

Did you know that our Mayor, Flint native Dayne Walling, is a Rhodes Scholar? Read about this forward-thinker who – in my opinion – is doing all within his power to help the city he loves become great again (story on pg. 16). My City shares his passion and vision and will continue to highlight the cooperation between the public and private sectors, with government, businesses and universities playing key roles in local growth. There is significant and game-changing investment happening in Flint by individuals who are thinking about what it may look like in a year, five and ten years from now. MCM’s Myron Manns offers a story on Kettering’s ten-year master plan, the investment in their campus and their role in Flint’s future.

We’re happy to introduce another new series this month. As its name implies, “My Journey” features people who are not Flint natives, but who came here from other parts of the world and whose stories have a common thread… one we can all relate to on some level. Read Cheryl Dennison’s story of the Medawar family and Chakib Medawar’s journey to the U.S. from war-torn Lebanon in the 70s. He chose to grow his family business here in Flint. His grandson, Ronny, is a generous third-generation businessman who believes that “Flint is just a name. What Flint really is, is the thoughts, passion and the heart of the people who live here and in Genesee County.” Read The Watchmaker and the Legacy on pg. 26.

In our “My Business” spot is Dale’s Natural Foods, a business started Downtown nearly 70 years ago. The store has a loyal following and continues to fill a niche in Flint – the Dale’s legacy lives on with the third generation of the Wolfe family.

Talk about a legacy! My good friend Peter C. Cavanaugh is a part of our “My Arts” feature on veteran Flint deejay Jim Baade’s award-winning film about Flint radio. Great stuff! Peter C’s music history series rolls on, as well; he’s reached the point where I can remember discovering Flint’s amazing music scene. Be sure to check it out.

It may not have previously been obvious that ladies outnumber guys on Team MCM, but this issue’s special Bridal Section might be an indication. We recently learned of the Genesee County Bridal Alliance, a group of wedding service vendors created to help couples have spectacular weddings in our area while supporting local businesses. Several GCBA companies are featured in our Bridal Section – give it a look!

I always have so much to talk about and not much space in which to do it. I’ll wrap up with a thought about our city, perhaps inspired by the Genesee Towers razing: the greatness of a city does not consist only of beautiful buildings, but also of the heart and soul of its inhabitants.

I wish you all peace, prosperity and good health in 2014.