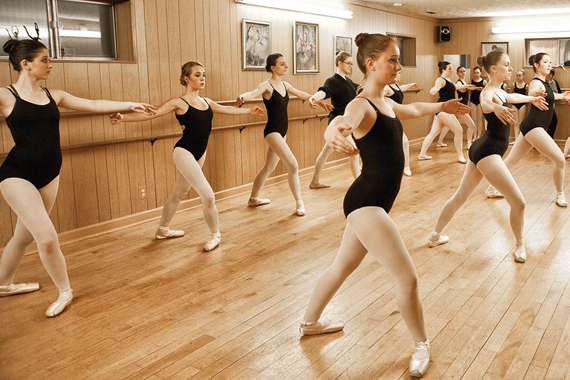 Lisa Pelio, director of Pelio School of Dance, can be described as a vivacious, woman, which is a good thing in her line of work. It takes a lot of energy to keep up with her demanding schedule as the owner of a dance studio, a master ballet teacher, choreographer, wife to her husband James and mother to her son, James Russell Hyde III, who is following in her footsteps with a love for dance. “He started dancing at 2 ½ and first performed when he was three,” smiles his mother, adding that he’s been dancing ever since. My City Magazine met with Lisa amidst hectic planning and a rehearsal for a Bay City competition, where her students gave a stunning River Dance performance that brought down the house. Lisa is following her own mother’s footsteps, Lena Pelio, who was the founder of Pelio School of Dance.

You can’t talk about the Pelio School without looking at Lena’s rich history. It was 1937 and the world was finally starting to shake off the effects of the Great Depression. On the second floor above the KarmelKorn Shoppe on Harrison Street in Flint, a young dancer, Hildegarde Walters, had just opened a studio and was teaching 12 young girls her fundamental philosophy about dance: dancing is more than just steps, it’s learning how to perform. One of those girls was Lena Stein.

Isadore Stein, like many of his neighbors, worked on the line at Buick. Family members of GM employees received free education and recreation opportunities, including dance lessons. Isadore’s daughter, Lena, enjoyed the free lessons from Hildegarde Walters, showed a lot of natural talent for dance and soon began performing professionally. She went to New York to pursue further training and a dance career and also performed at various venues around the Great Lakes. When she married Andy Pelio, she decided to “come off the road” and contribute to her community.

In the ‘50s, Lena Pelio was asked to serve on the Committee of Sponsors for the Flint College and Cultural Development. The group raised over $30 million and established the Cultural Center, including the Whiting Auditorium. Lena was instrumental in the formation of the Mott Performing Arts Association, forerunner to the Flint Institute of Music. She choreographed musicals for the Flint Community Players and the Mott Fine Arts Festival, where Lisa first performed as a child. During the summer, the Pelio School of Dance presented ballet and jazz dances in the parks throughout the city. “My mom was the pioneer of dance in this area,” says Lisa.

Lisa returned to Michigan in 1994 after nearly a decade of living and working in Atlanta, New York, and Chicago, building her reputations as a choreographer and master ballet teacher. Her career has been built upon the firm foundation instilled by her first teacher, her mother. As a young dancer, Lisa was a principal and soloist performer with Flint Ballet Theatre and Dance Detroit and a featured dancer with the Atlanta Opera. After earning an advanced teaching certificate in The Cecchetti Method, she was elected Young Teacher of the Year by the Cecchetti Council of America. She went on to work for schools in Atlanta and Chicago. After returning to Michigan, Lisa was named Ballet Mistress for the Michigan Opera Threatre production of “Cinderella,” served two terms on the Michigan Humanities Council and was nominated for the prestigious Athena Award.

As director of the Pelio School since 1997, Lisa continues to provide the highest level of dance education. “We are unique,” says Lisa of the dance studio that offers classical ballet technique and all different styles of dance, taught by Teacher Kendra Pyeatt and Assistant Teacher Debbie Davis. Lisa also brings in instructors from all over, including Slaveka Jelinkova, a well-known ballet teacher from Ann Arbor, and Bruce Bradley, who comes in to teach tap dance classes. “In order to be a sustainable dancer, you have to be well-versed in many different dance genres,” Lisa says. But it all starts with the basics, a solid training in ballet. Afterward, students can move on to the other styles, she added. Currently, 75-80 students take classes ranging from Kinder Dance to Adults. And students learn many other skills, Lisa explained. Instilled in dance students are coordination, discipline, perseverance, and memorization skills, to name just a few. “Our students are instilled with wonderful traits to help them get through life!” exclaimed Lisa.

Pelio School of Dance is now preparing for its 77th Annual Spring Dance Production, which will be held at Lake Fenton High School on May 10. The theme is “In a Flower Garden … Fairies Dance.” The production will feature a ballet, a jazz routine, tap dancing and will end with a River Dance-style production. “Our main goal is to instill the love of dance,” says Lisa. “We want it to become a passion.” 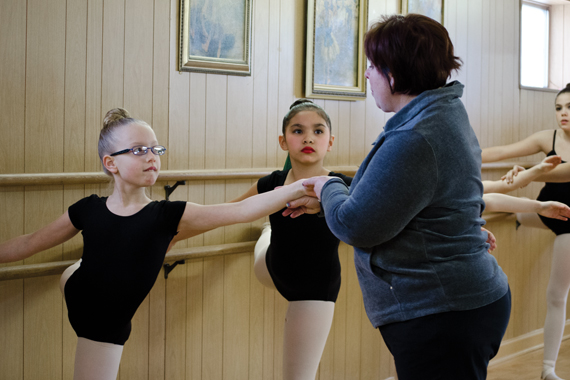 See more photos HERE, or purchase photos from this story by going HERE and selecting the “Pelio” category.