It’s bright! It’s fun! It’s engaging! It’s the new Sloan Museum and on July 16, its doors will be open for the world to behold its wonders. The project which began as an idea nearly seven years ago has come to completion … and the final product is absolutely astounding. “When I started almost eight years ago,” recalls Sloan Executive Director Todd Slisher, “one of the first things I was asked was ‘what are you going to do about Sloan?’ Well, after years of community input and fundraising, we are ready and we are all very excited to bring this to Flint.”

The new Sloan Museum is a complete re-imagining of the former facility. “I think we have maybe two or three walls from the old layout still standing,” says Marketing Manager, Anne Mancour. “The museum is entirely different and you would be hard-pressed to recognize any part of the old layout.” In 1966, the Sloan Museum (named after longtime General Motors President, Alfred P. Sloan) was built as a local history and automobile museum. Over the years, it has been used to educate local schoolchildren and host traveling exhibits. Nearly every resident remembers its dark hallways and narrow, main corridor; the new Sloan was designed to change that old atmosphere. The first thing every visitor will notice is the brightness of the new building and the space – so much space! “We increased the space of the museum from 58,000 square feet to 107,000 square feet and built a spacious main walkway to make it easier to move between galleries,” Mancour explains. 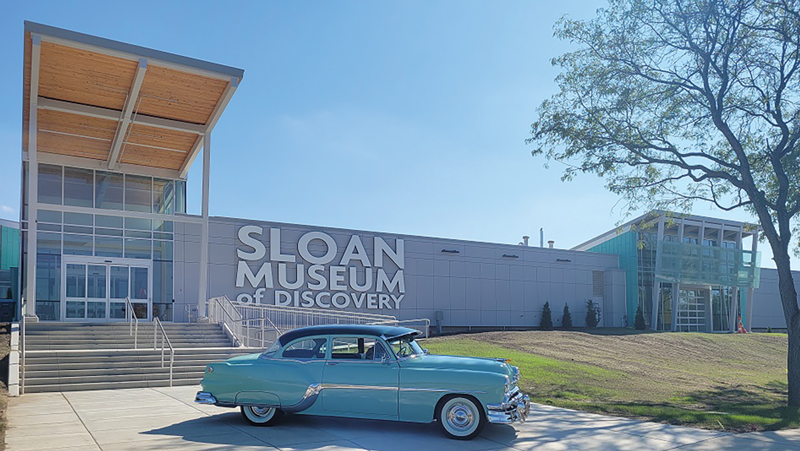 The project which began as an idea nearly seven years ago has come to completion … and the final product is absolutely astounding!

The main (and permanent) attraction will be the centrally located Discovery Hall (science gallery). The focus of this much-anticipated exhibit is hands-on learning and discovery. Its features include an amazing and fun water table that teaches children about water-flow and natural forces, a large and interactive Spaceship Earth Globe exhibit, and ten-more intriguing science attractions for kids and adults alike. Attached to Discovery Hall is a large and accommodating Maker’s Space where attendees will participate in STEM projects such as robotics, physics and more. Also centrally located is the temporary exhibit space designed to accommodate large traveling installations with the first special exhibit scheduled for a July 2023 opening.

History buffs and educators will be happy to take their families and classes to the re-designed History Gallery. From the early native settlers to Jacob Smith’s trading post and into the future, guests will “follow the river” as it winds through the history of the city until it culminates in the Flint Water Crisis display. The Sloan Museum holds nearly 50,000 artifacts of Genesee County history which will be rotated through the years, making sure that the History Gallery is always presenting something new.

After the History Gallery, visitors and car enthusiasts will be ready to enter the Durant Gallery displaying classic cars of all makes and models. (After a $500,000 contribution from General Motors, the auto gallery was named after GM Founder, Billy Durant.) The gallery will not only display cars from the past but will also look to the future. Upon opening, the gallery will display a new self-driving, fully-electric GM prototype vehicle. 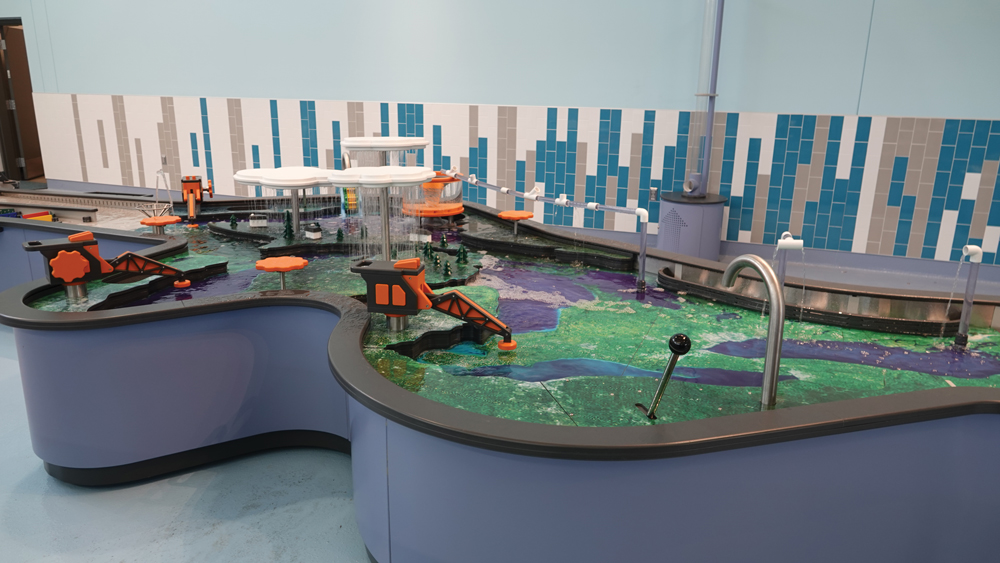 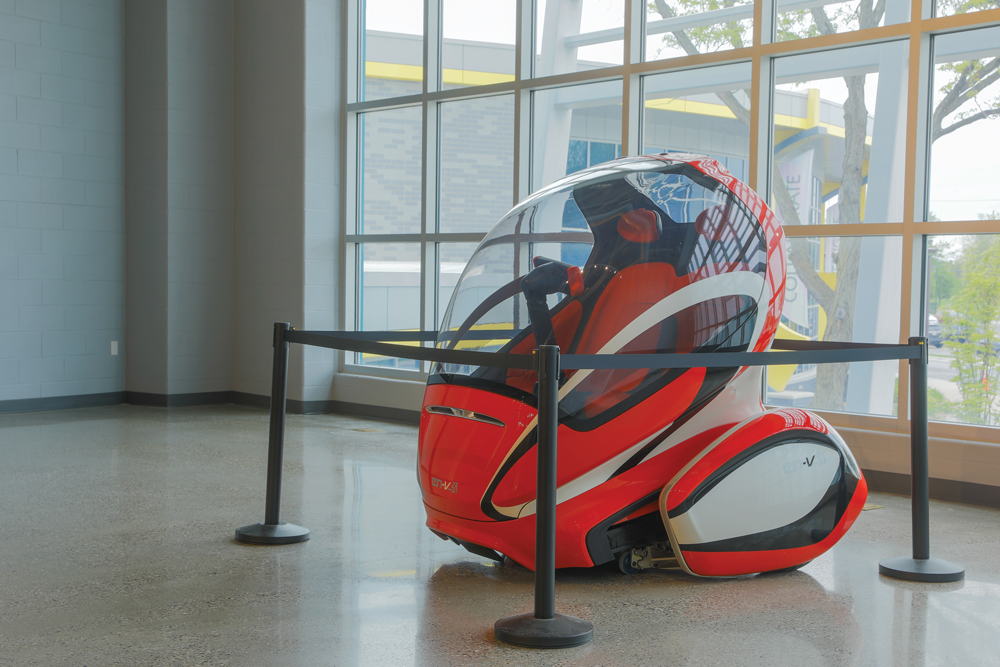 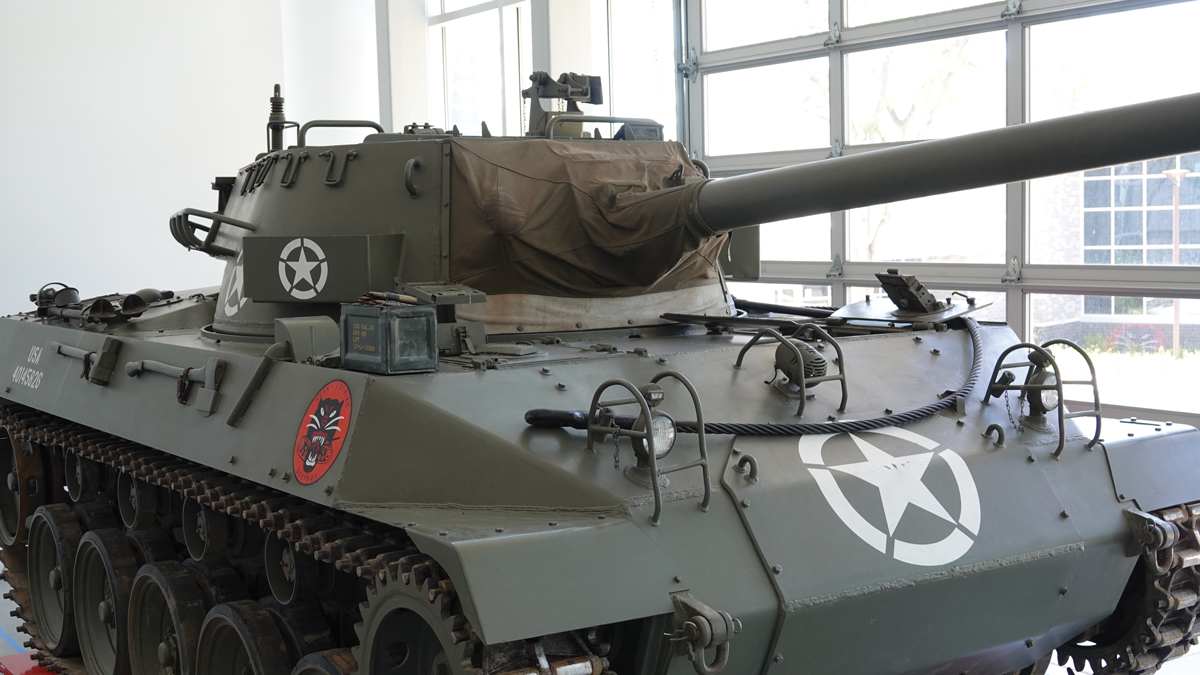 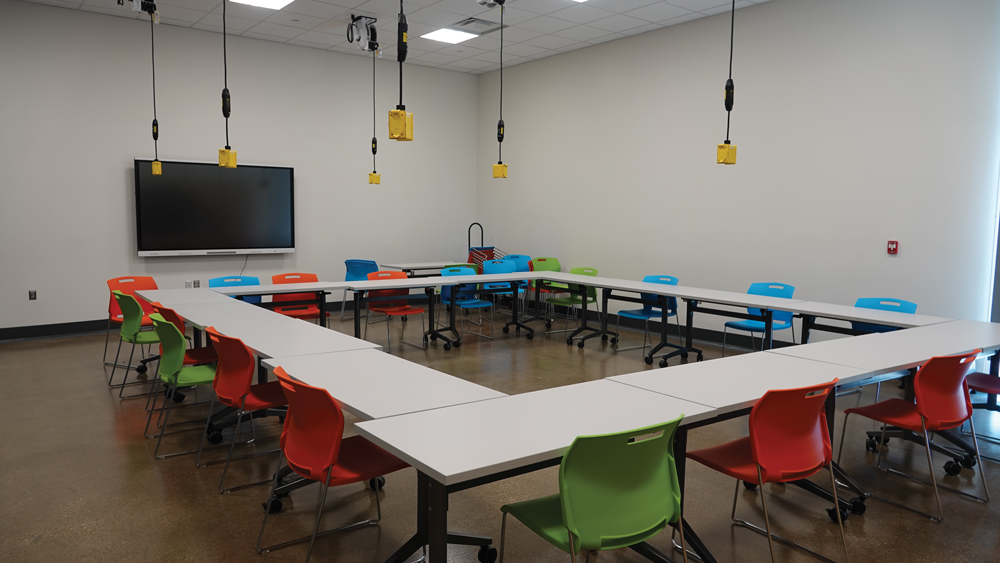 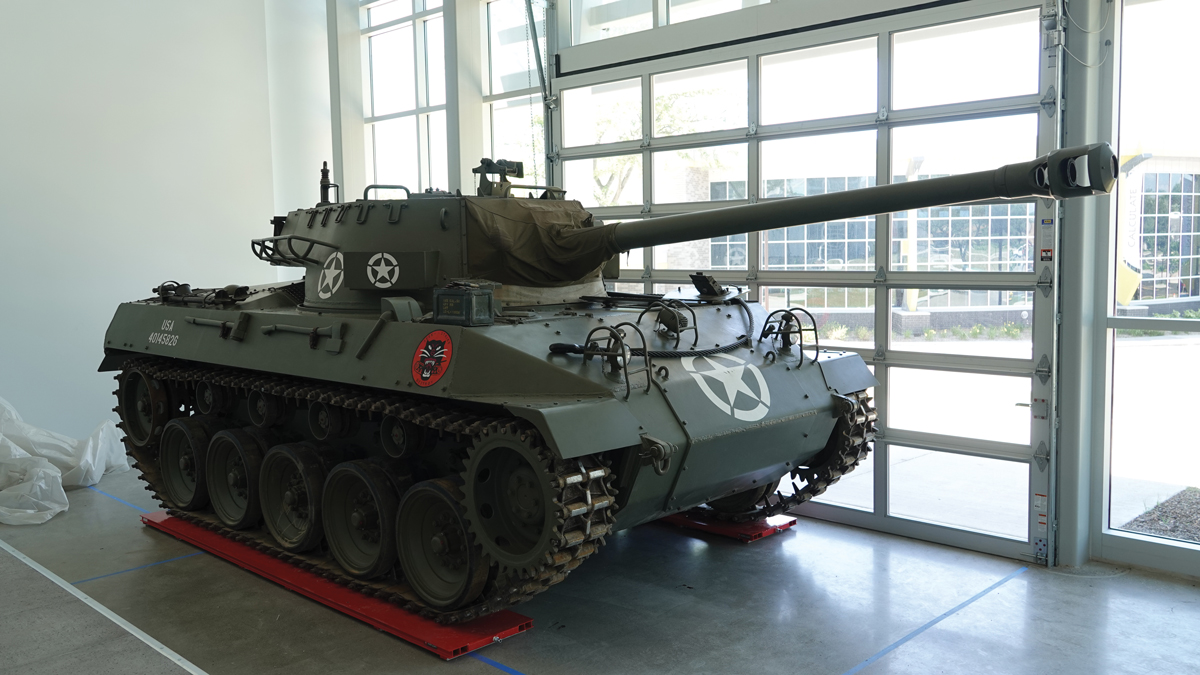 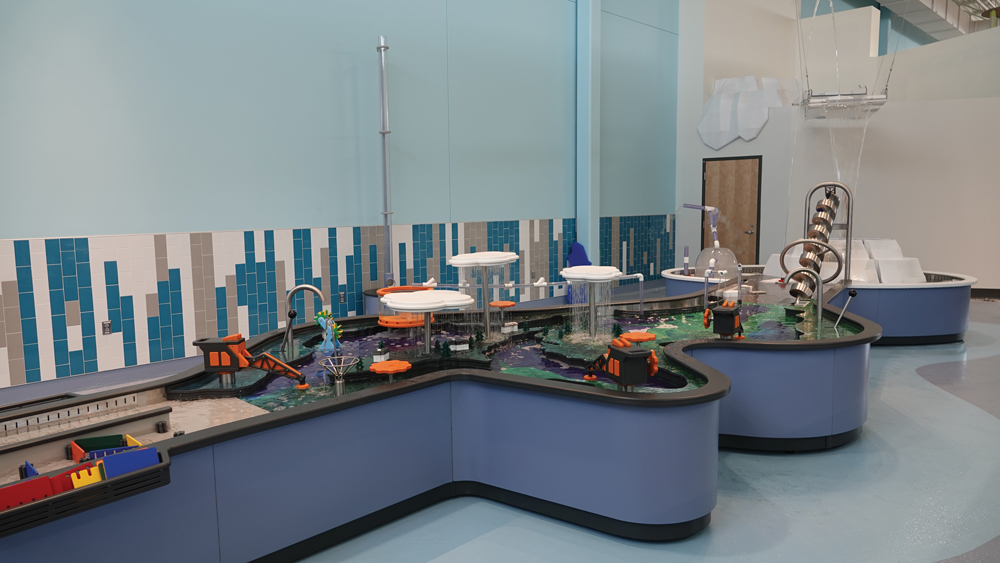 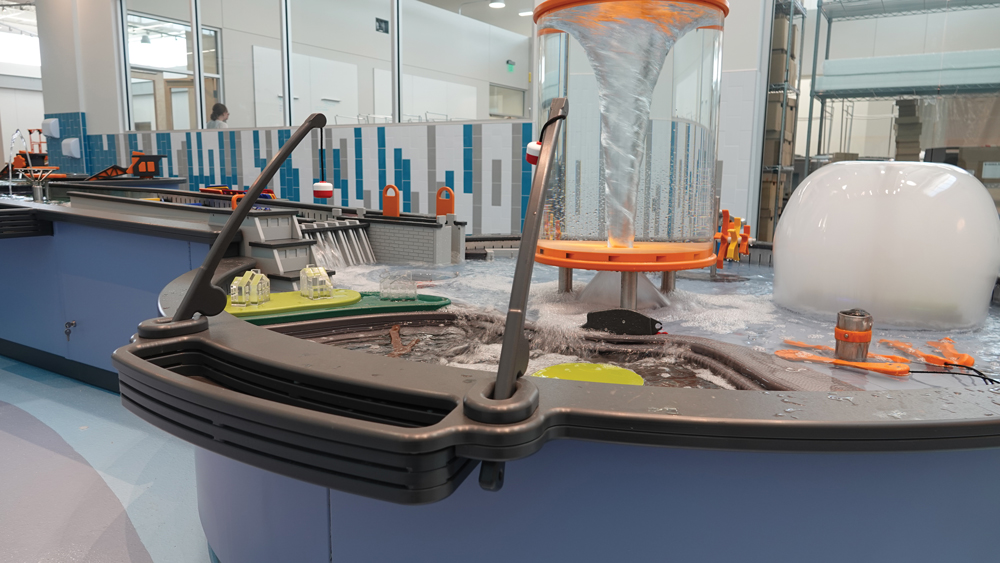 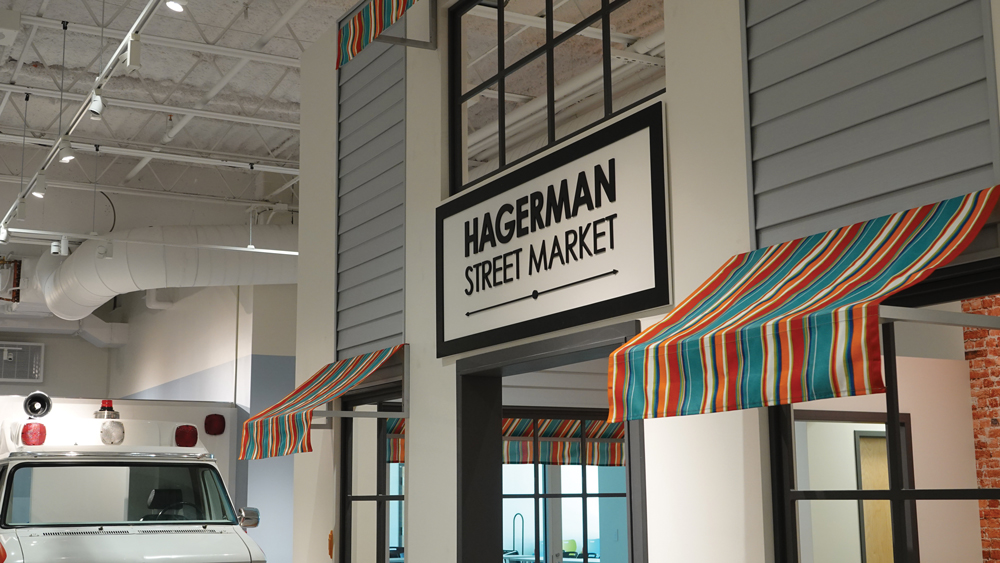 A permanent attraction, the water table teaches children (and adults) about the flow of water and all it can do in the world … and it’s super fun, too!

Next, for those wondering if the museum’s childhood shopping experience will stay, Hagerman Street – the Childhood Learning Gallery – is more fun and exciting than ever. The interactive area features a three-story treehouse, grocery store, street (with rideable tricycles!), dentist’s office, interactive ambulance and more. This gallery comes equipped with its own meeting space ready to be rented for birthday parties, meetings and other celebrations. 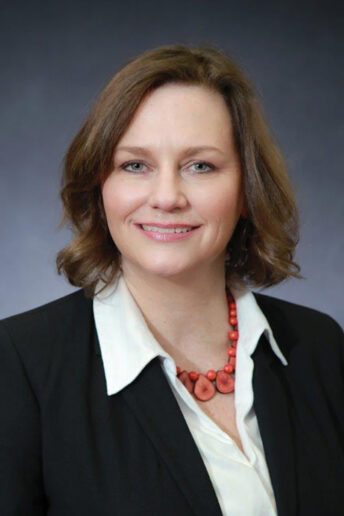 Another great addition to the museum is a more spacious lobby designed to be rented by the public for weddings, private parties and receptions. Why not get married under the stars at the Planetarium and then party the night away in the lobby of Sloan? The new Sloan makes it all possible. The lobby also holds a roomier gift shop and for the first time ever, food service. The Coffee Beanery café will be on hand to provide food options for lunch and parties.

The new Sloan Museum has been brought to you by grants and donations from foundations, businesses, individuals and the State of Michigan, totaling $30 million. Major supporters include General Motors, the Charles Stewart Mott Foundation and the Hagerman Foundation.

“The museum was designed with the purpose of keeping visitors engaged and inspired to learn,” says Anne Mancour. “We want to keep people excited about new things and new possibilities for the future.”