The Hispanic Technology & Community Center of Greater Flint (HTCC) is a community service and educational agency established with the purpose of securing equal opportunities for Hispanics and other minority individuals, as well as the local community. Asa Zuccaro has been the director of HTCC since March 2018. The bi-lingual director was born and raised on Flint’s eastside and is very aware of the problems faced by the Latino community. He brings with him a lot of enthusiasm and excitement about the future. “There is no other position I would ever want to have,” he says.

The nonprofit organization has just one paid position, a part-time director and an all-volunteer staff. “We serve two communities, the Latino community and the eastside community,” Zucarro explains, “I grew up on the eastside and I am Latino. I’m serving my community on both sides. The eastside of Flint has the largest Latino population in the area.”

There are three areas in HTCC: a classroom, technology center and a general-purpose area. In the technology room, community members have free access to computers and the internet, computer training, and help with creating resumes. Currently, there are about 120 people per month using the computer lab. “We hope to increase that number,” Zucarro says, adding that the Center is hoping to offer a class on Google Docs and Google Drive in the near future. HTCC also teaches workforce skills through a partnership.

HTCC offers a variety of other services. A food pantry was created as a direct response to the water crisis, when a grocery store in the area was shut down, Zuccaro explains. “There was a lack of fresh produce. We have lots of veggies, fruit, canned goods, milk, eggs and bread for those in need.” 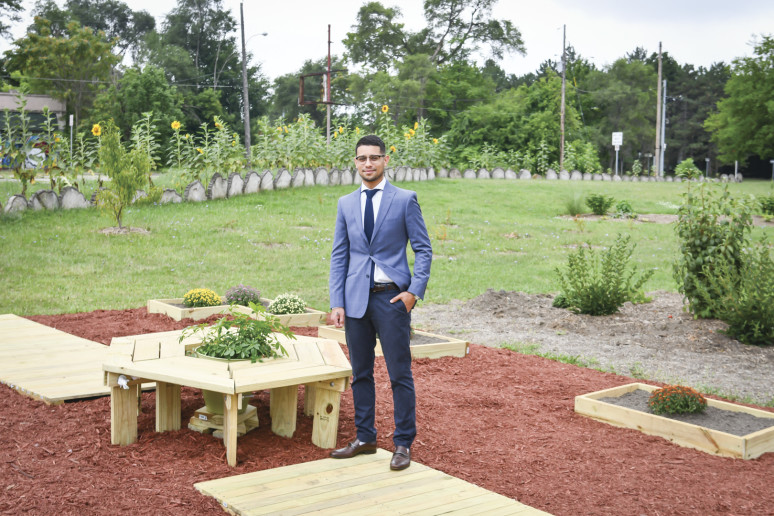 “We focus heavily on creating programs that make an impact.”
Asa Zuccaro, Director of HTCC

According to Zuccaro, all of the programs and activities at HTCC focus on a healthy community and they address it using five social determinates: economic stability, neighborhood stability (making sure the community is safe and free of blight), education (literacy, language) food (access to healthy options), community and social context, and the health care system. “All of these factors determine one’s overall health,” he explains. “We focus heavily on creating programs that make an impact.” To address keeping the community clean and safe, volunteers at the Center maintain and do the upkeep on 25 vacant lots.

New this year at HTCC is the Latino Leadership Academy, which is designed to introduce leadership skills to youth due to an aging Latino population. During the eight-week program, students had to define their community – what it means and what it looks like – and then determine any issues. “They came up with three different issues,” says the director, “and they blew me away with their responses.” The leadership students were then given $1,000 to complete a service project that would address the issues they had identified. “They created a little park, with a circle bench and raised garden beds, right next to the bus stop by the Center. Their plan was to plant produce specific to the Latino community, such as cilantro and peppers, but it was too late in the growing season,” Zuccaro explains.

Another educational program offered at HTCC is Descubriendo Cultura, which teaches youth about the Spanish language using exposure to Latino music, dance, art, and literature. “It was designed to fill the huge void in education about the Latino culture,” says Zuccaro. The eight students who participated performed a public play after completing the program. Each of the children introduced themselves in Spanish and then performed a dance traditional to Venezuela. “It was so good. It was standing room only!” Zuccaro exclaims. One of the parents told Zuccaro after the performance, ’this is the first time it felt like I was back home.’ “It almost made me cry,” Zuccaro remarks. 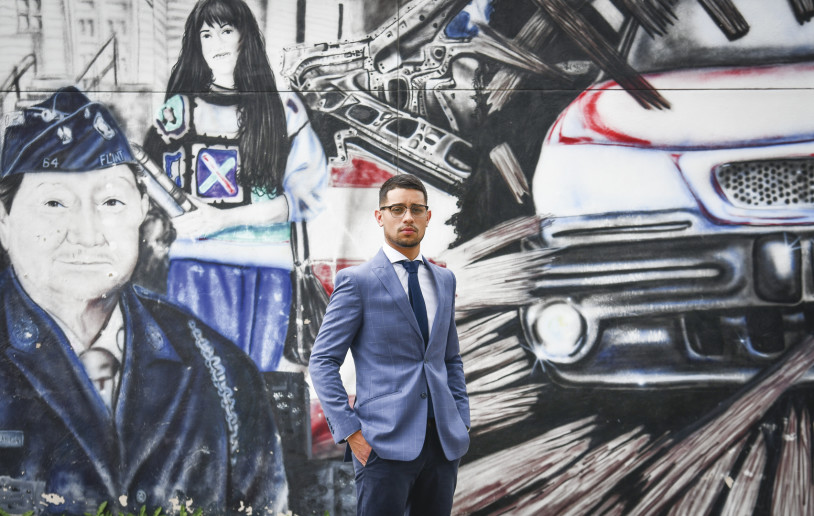 The HTCC also offers programs for adults such as a Spanish Immersion Course, (Spanish language and culture), SSL (Spanish as a second language) and ESL (English as a second language) program, to name a few. There is also an educational program entitled Spanish Second Level, to address the lack of Spanish speaking professionals who provide services to the Latino community.

The HTCC is run by a 15-member Board of Directors. “We are definitely committed to seeing a healthy local community,” says Zuccaro, “and a healthy Latino community.”

This non-profit organization was formed in 2002 through a partnership between Mott Community College and the American GI Forum (AGIF). The AGIF was established in 1948 by WWII veteran, Dr. Hector Perez Garcia, and is the oldest Hispanic non-profit organization in the country. The Flint chapter of the AGIF was founded in 1968 by Ben Mata and eight other veterans. The mission of this chapter was to champion and advance the education and training of Hispanics and other citizens of the metropolitan area of Flint, so that the democratic ideals of equality and justice-for-all are ensured. The American GI Forum of Flint is an independent 501(c)(3). The original purpose of the AGIF of Flint was to raise funds for educational scholarships and to help students access higher education. Since 1988, over 50 students have received over $40,000 in scholarships. The HTCC of Greater Flint is located on the East side of Flint at 2101 Lewis St. The building was donated by Citizens Bank and was rehabilitated with grant dollars procured by MCC.