Flyball is great family entertainment and fun – just ask Cindy McLean, UAW Benefit Coordinator for General Motors, who has competed in tournaments with her team of dogs for 32 years. During competition, teams of four dogs race against each other and must jump over four hurdles, speeding toward a box that spring-releases a tennis ball. The dog must press a spring-loaded pad, catch the tennis ball and bring it back to its handler. According to Cindy, any dog can play flyball, but high-energy breeds such as border collies and whippets seem to excel in the sport.

“It’s a family sport for sure,” laughs Cindy. Each member of her family has a dog that competes in flyball – her husband Russ (a box handler), and her children, Micah and Macy. Her best friend’s child Riley, and her niece, McKenzie, round out the family members on their team, called the Pawbusters. “Bob Kozminski, another one of our team members, actually runs his dog from his wheelchair,” says Cindy. “He is the only participant in the league who does this!” 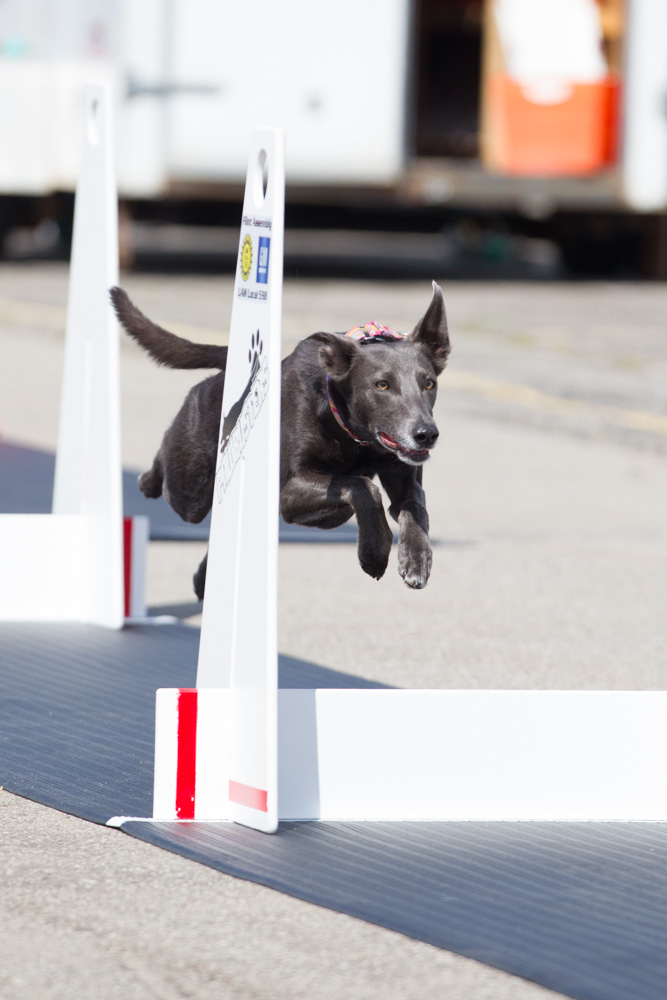 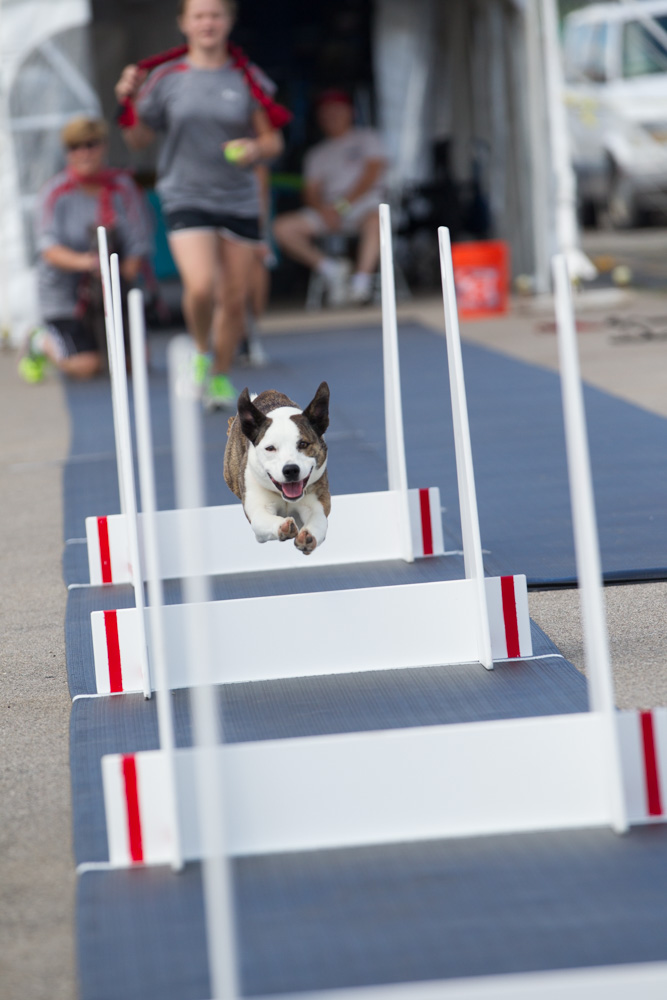 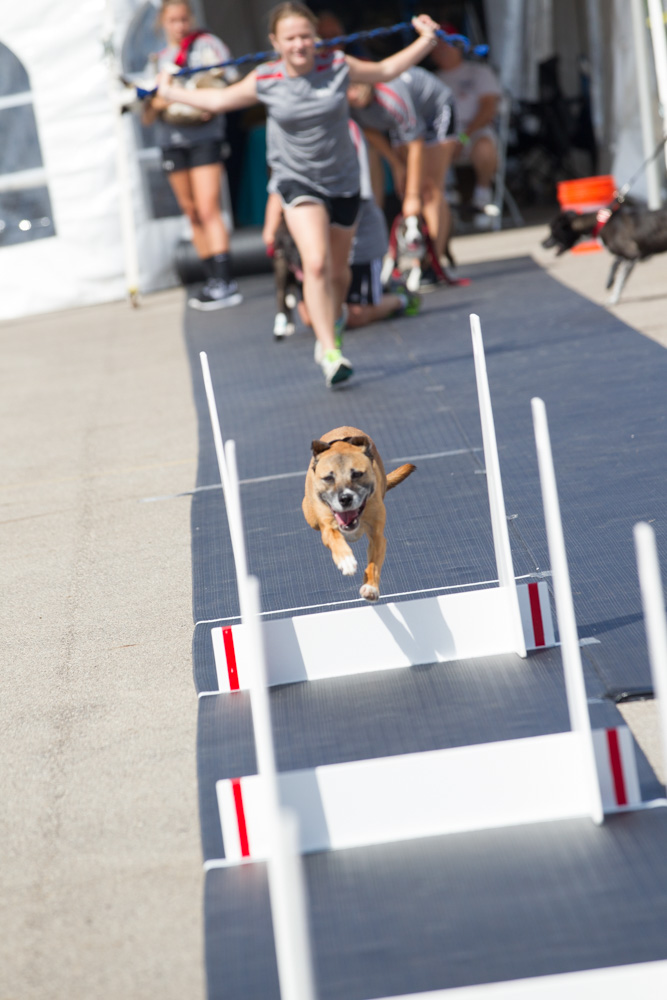 A flyball team typically has 13 dogs, and the Pawbusters pooches include Zeal, Launch, Fuse, Verdict, Judgment, Lu, Hoopla, Beeline, Gimmick, Wyatt, Stix, Cypher and Bazooka. One of 500 teams across North America, Pawbusters is a member of the UFLI (United Flyball League International), which has over 7,000 registered dogs. There are 150 different breeds that can compete, and rescued dogs are encouraged to compete, says Cindy. Pawbusters is sponsored by GM Flint Assembly, UAW Local 598 and Swartz Creek Veterinary Hospital.

The Pawbusters most recently competed in Escanaba at a tournament, which was held to raise funds for two animal shelters there. “We go there every year,” says Cindy. This year, the tournament raised $6,000 to help the shelters. Pawbusters is currently preparing for the Championship Competition which will be held during the last weekend of October at the Purina Farm in St. Louis, MO. Teams invited to compete in the championship qualify through points they earn during their competitions throughout the past year. Cindy reports that 80 teams from all over North America will be competing for the championship. “We do well in competition,” says Cindy. “We are the second fastest team in Michigan.” She also notes that the Pawbusters dogs are all pets. 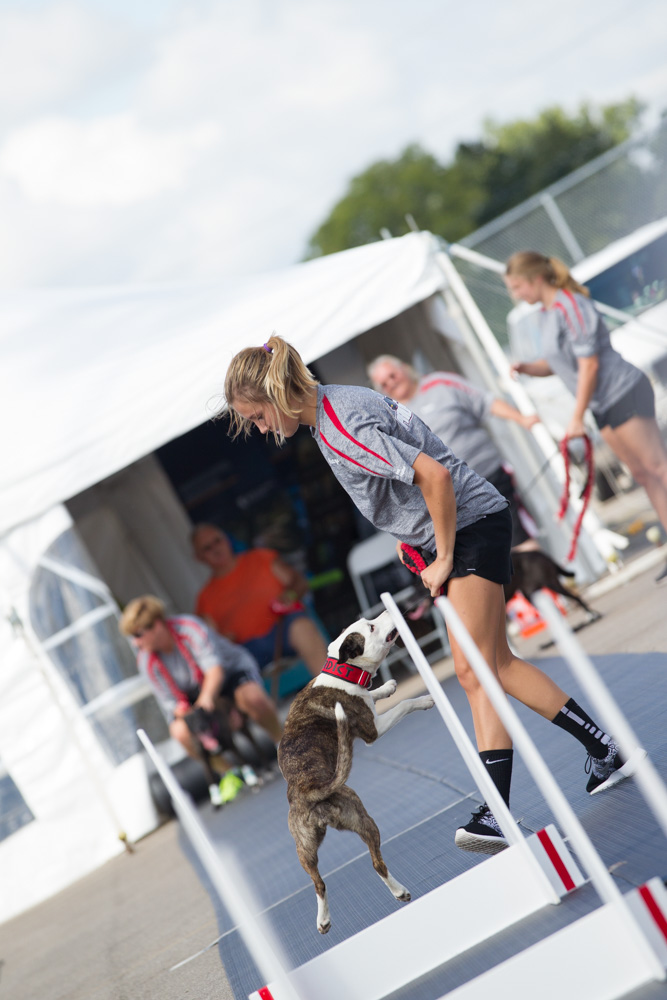 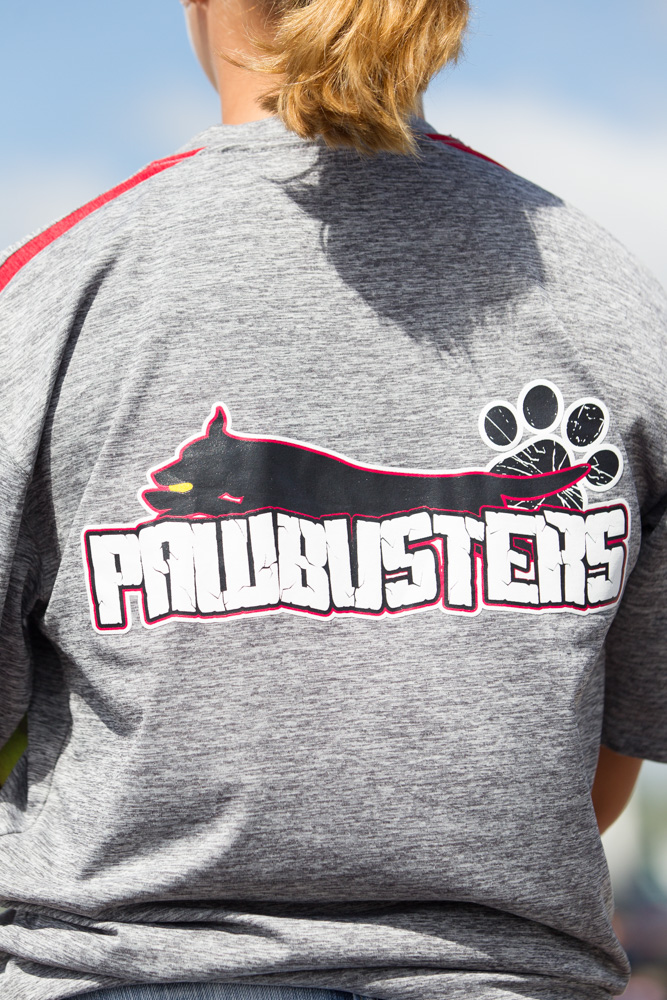 While Cindy looks forward to going to the Championship Competition, her mind lingers back to last year. The team was headed to Missouri in high spirits, looking forward to the championship tournament. Her husband Russ was driving, the kids were seated in the back, and Cindy was in the front seat with Crunch, her border collie that was going to compete. Suddenly, they were hit by a drunk driver, causing a serious collision. It was Crunch who suffered the most severe injuries, with both of his rear legs de-gloved. Overcome with emotion, Cindy explains that because of where Crunch had been sitting, he saved her life. “He saved my legs,” she says through tears. “He’s my ‘heart dog’ for sure.” During a long recovery period, Crunch underwent skin grafts and was in two full-leg casts. The bill for his treatment soared to $20,000.

That is when the flyball community stepped in from all over, holding fundraisers that brought in $8,000 to cover the remaining vet bills for Crunch’s treatment. “They are an exceptional group of people who care about dogs and about each other,” says Cindy. “The flyball community embraced us. There are no words to describe it.” Now fully recovered, Crunch often goes to work with Cindy and is a favorite of the office staff. He is retired from flyball competitions, but loves to swim and play. 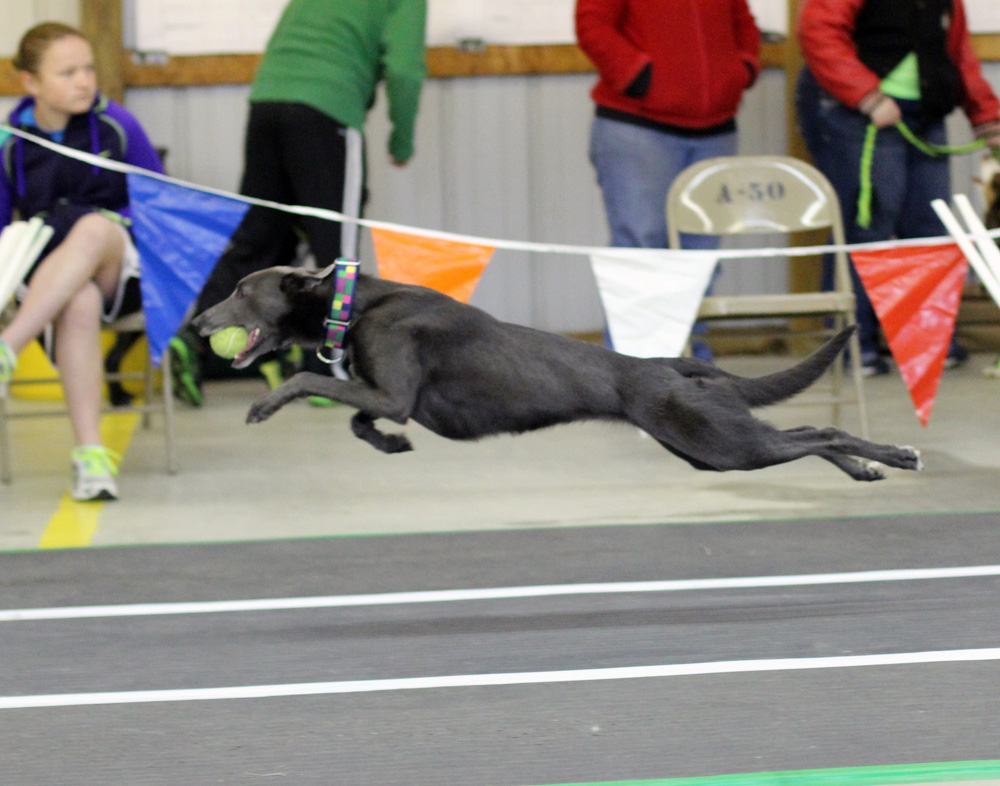 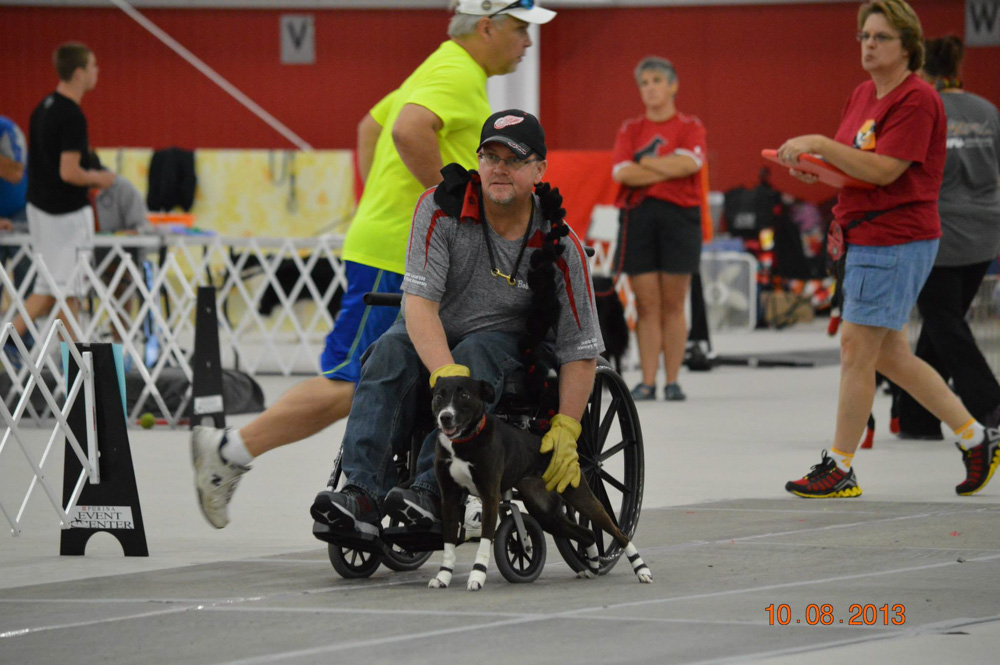 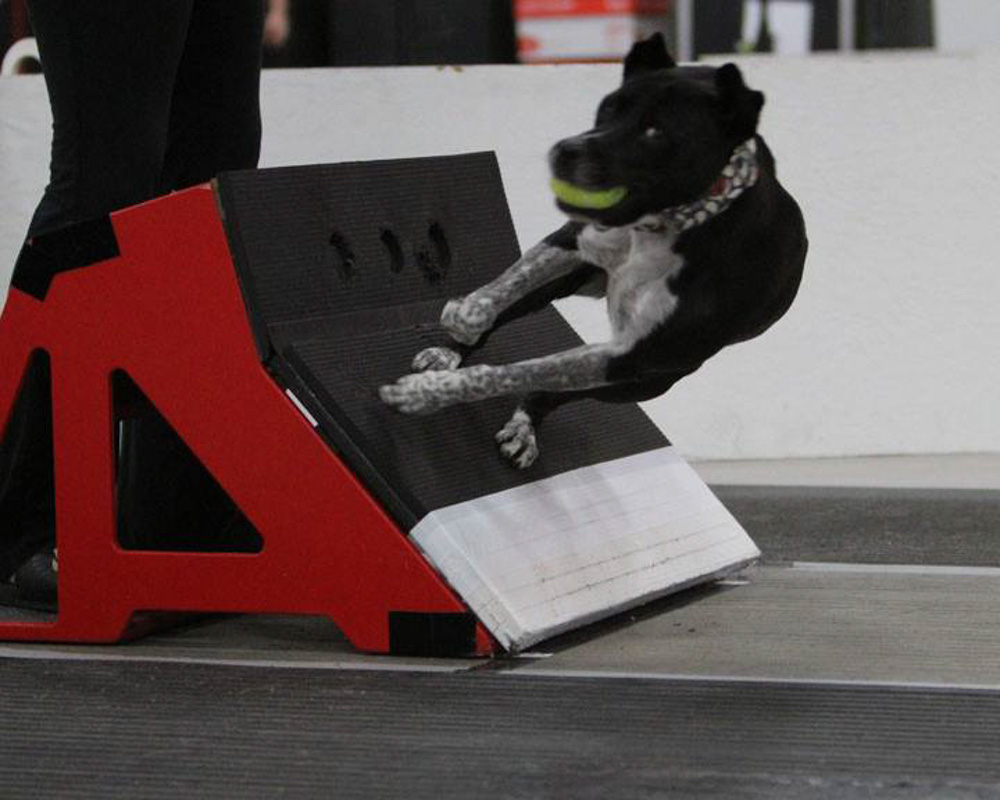 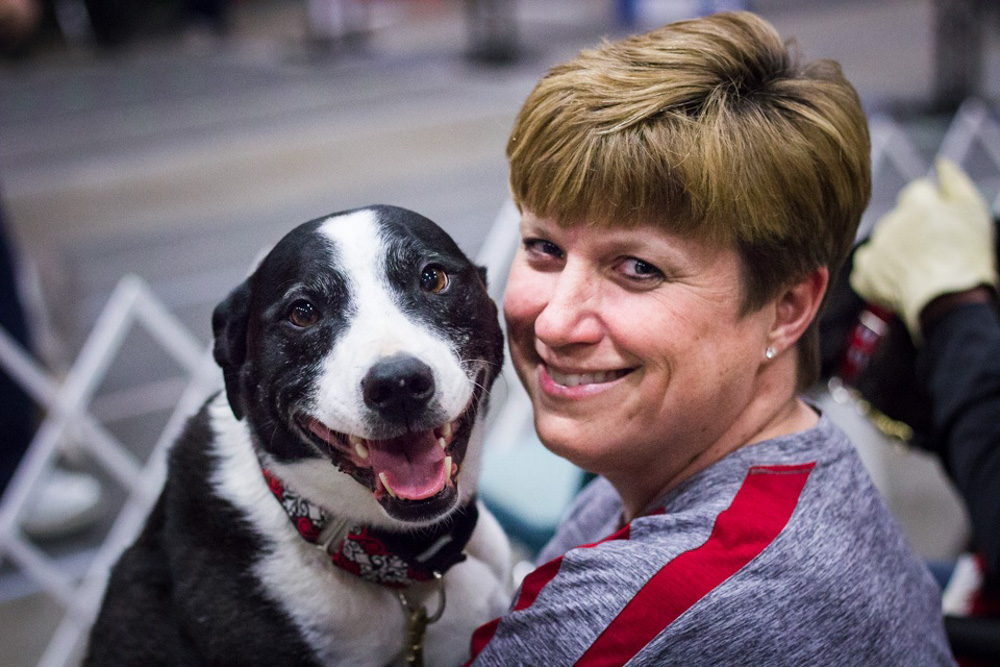 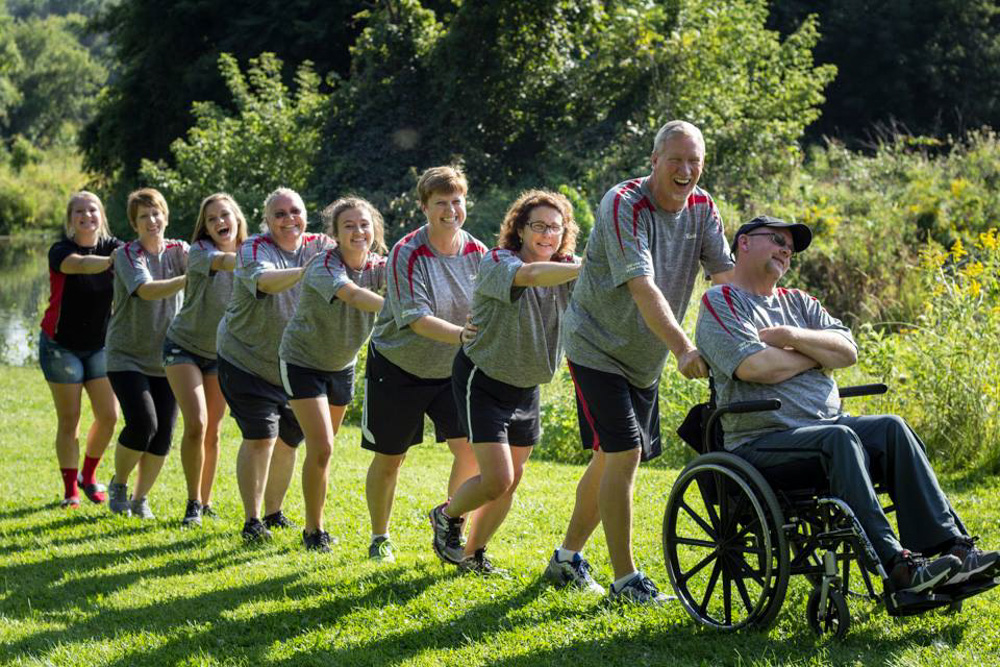 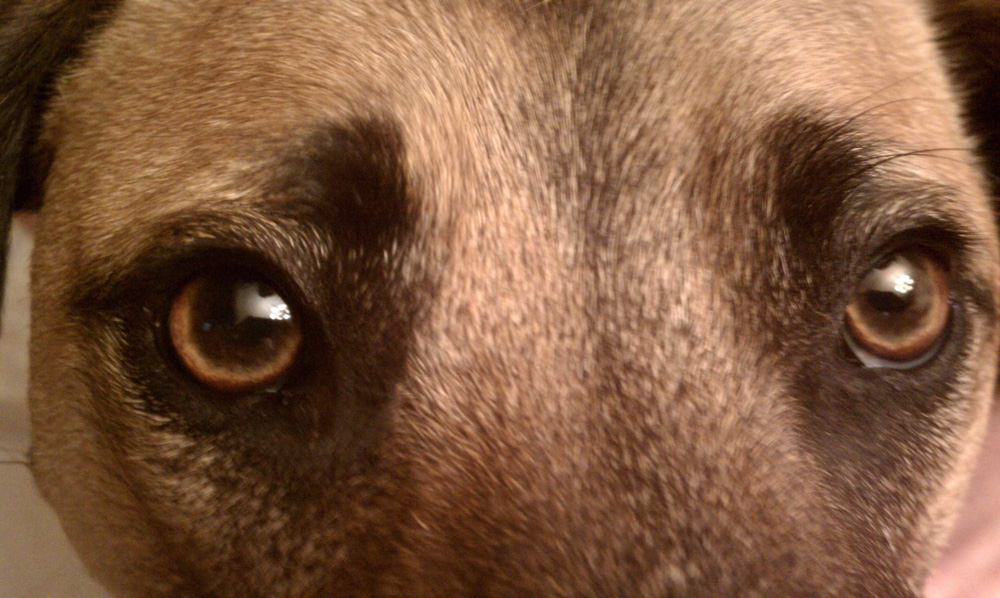 The McLean family continues to compete all over the country, attending six to eight tournaments a year. They now travel and camp in an old motorhome at the various tournaments. McKenzie is currently training to become a flyball judge. The competitions are high energy – lots of barking and caring animal lovers who are committed to the sport. Zeal, the McLeans’ border collie/whippet mix has the fastest race time at 3.59 seconds.

After 32 years, Cindy’s affection for the sport endures. “It’s what I love,” Cindy says. “Flyball provides us with an opportunity to spend quality family time with each other and our dogs, competing with awesome people and their dogs from all across North America!” Along with Cindy’s affection and enthusiasm, flyball will hopefully continue as a way for families to bond, as well as strengthen an existing bond with their beloved canines.