For the United States, the first decade of the new millennium was an extremely chaotic time. It began with a hotly-contested and disputed presidential election. Vice President, Al Gore, took on George W. Bush in an election campaign that started a slight ideological divide in the nation that would become a chasm in the future. The result of the election fell to the state of Florida with George W. Bush emerging as victor by the thinnest of margins in the Electoral College. Bush was barely getting his feet wet in office when the largest external terrorist attack on U.S. soil occurred on September 11, 2001. Perpetrated by Al-Qaeda and Osama bin Laden, terrorists crashed planes into the World Trade Center in New York City killing nearly 3,000 people. Two other planes were hijacked; one crashed into the Pentagon and another was brought down by passengers thwarting the attack. In retaliation, U.S. troops were sent into Afghanistan to root out Al-Qaeda and its leader. The War on Terrorism had begun.

The war spread to Iraq in 2003, with the bombing of Baghdad due to the belief that Iraq was stockpiling nuclear weapons. Later that same year, Saddam Hussein was captured by U.S. troops. Adding to the emotional turmoil of the year, in February, the space shuttle Columbia disintegrated during reentry, killing all seven crew members. In 2004, President George W. Bush won his reelection campaign against John Kerry in another hotly-contested election.

Hurricane Katrina struck the Gulf Coast and New Orleans in 2005, flooding 80% of the city and killing 1,836 people. It is one of the biggest natural disasters on American soil in history and the U.S. populace responded, sending aid and help to New Orleans in the rebuilding and healing effort. In 2007, the subprime mortgage bubble burst causing an International Banking crisis. U.S. Treasury Secretary, Henry Paulson, in an attempt to prevent a global depression, requested a $700 billion bank bailout, which was authorized by President Bush. Later that year, Barack Obama won victory over John McCain to become the U. S. President.

In the beleaguered City of Flint, things were finally changing. The City was redesigning itself to become more financially and socially viable. The progress was taken out of the hands of General Motors and given, reluctantly, to its citizens who were beginning to find their way. Welcome to the beginning of a new Flint.

When the year 2000 rolled around, Flint had suddenly found itself without an identity. General Motors was all but gone and the city was left pondering the future. In 2001, the demolition of Buick City began. In 2004, Chevy-in-the-Hole was cleaned out. The iconic plants that formed the city and middle class were gone. That same year, GM announced plans to open a facility in the area to build engines for the Chevrolet Volt, promising new jobs to the area. Flint answered with reserved applause. Throughout the past, GM had promised jobs that never materialized and Flint was wise to the game. The facility opened, but employed workers who had transferred from plants outside of the city. The number of new jobs for Flint citizens equaled less than 100. 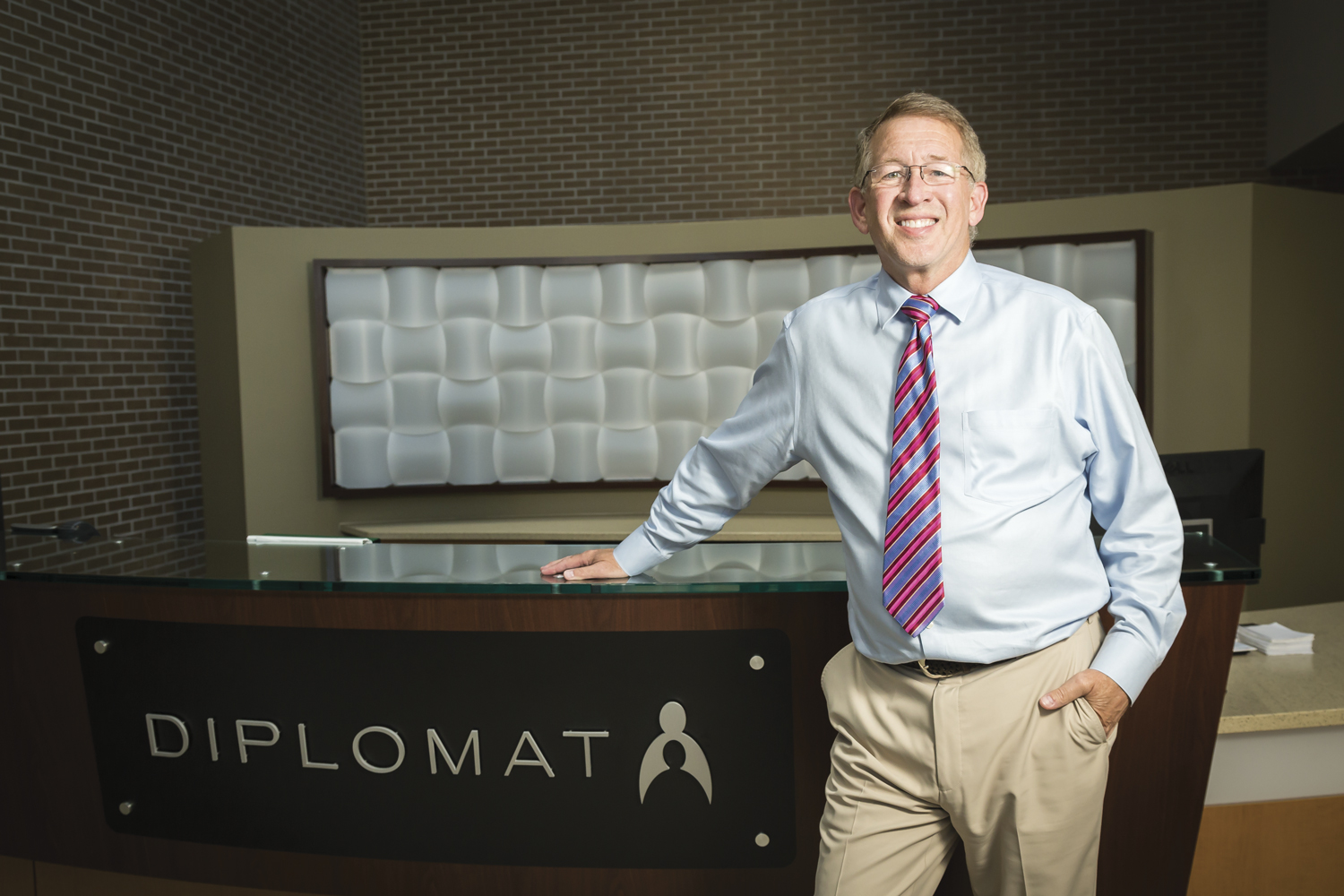 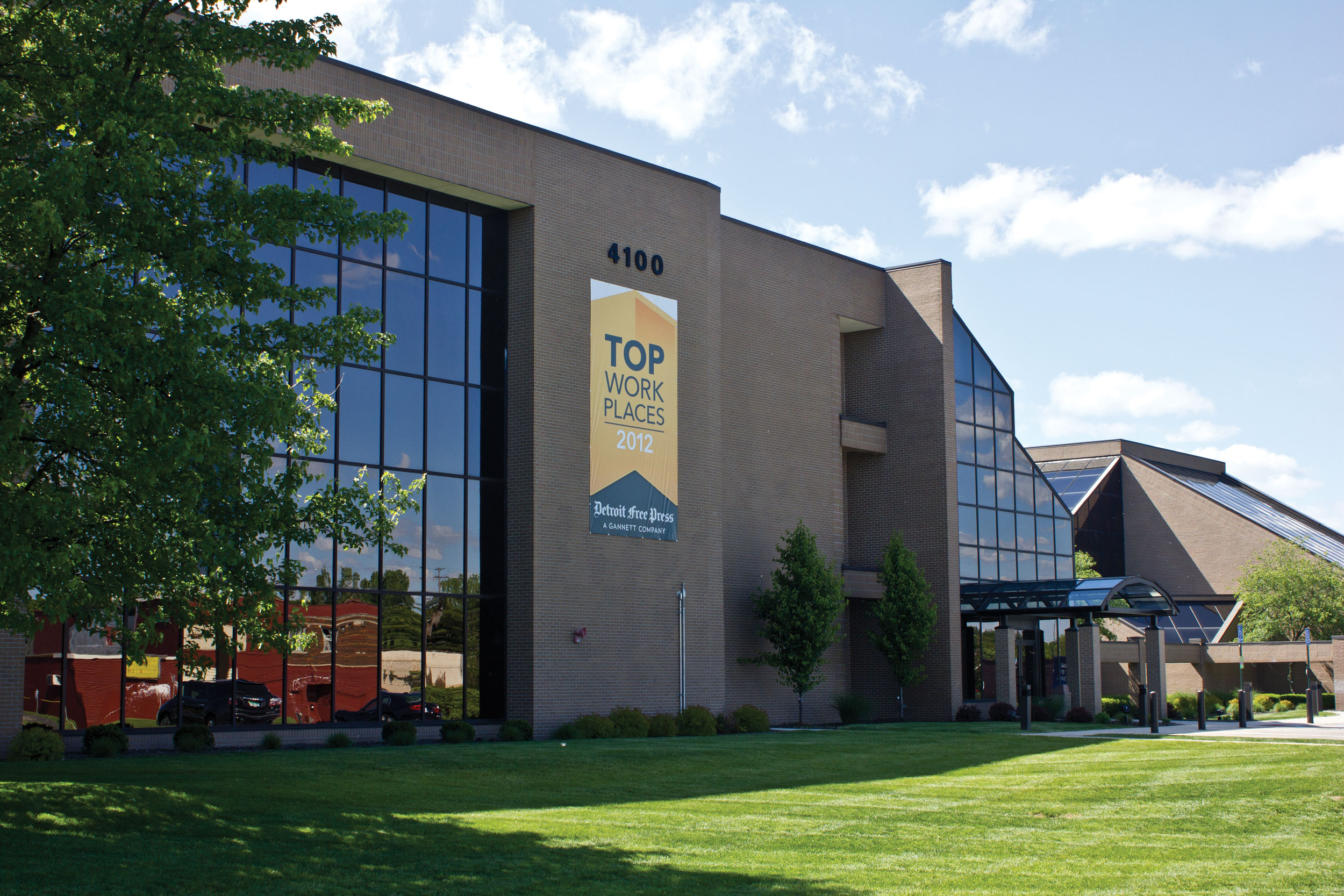 In 2006, more automotive jobs were lost when the old AC Spark Plug (Flint East) facility ceased production. The facility would be demolished in 2010. GM left Flint with nothing but concrete and metal scars – a constant reminder of the human sacrifice made to the cold machinery of automation. At the end of the decade, GM employed nearly 8,000 workers in the city – 10% of the peak employment of 80,000 in the 1970s.

Flint, however, is filled with steadfast and hardworking folk, and many felt it was time to take matters into their own hands. The city was in the unique position to become whatever it desired to be. Residents were through with sitting back and taking everything as it was given; it was time to take action. 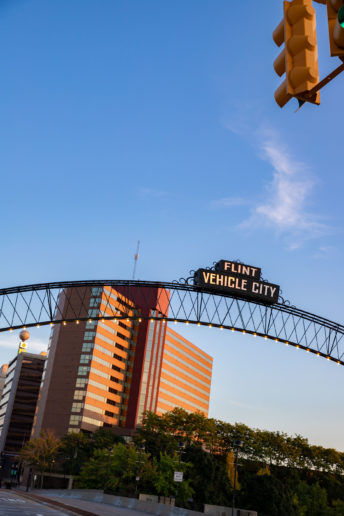 The Flint arches were re-erected downtown in 2002

In 2002, then-Mayor, Woodrow Stanley, found himself in a recall election. The city deficit had ballooned to more than $30 million. The prior year, the Mayor’s office closed a fire station, the city jail, and eliminated 86 jobs to save money. Nothing seemed to help the situation. The people were fed up – angry about the abandoned houses, decaying roads and unkept parks. Stanley lost the recall election by 3,527 votes becoming the first mayor of a major city to be recalled since 1987. After the recall, City Administrator, Darnell Earley, took the lead as interim mayor. He had a tough job ahead of him, as a state takeover was on the horizon due to the large deficit. The city planned $12 million in cuts which included shutting down a north side police station and suspending ambulance services; but it wasn’t enough. In April 2002, Governor John Engler declared the city in financial emergency. He appointed Ed Kurtz as emergency financial manager.

Flint quickly fought back against the decision. The City Council sued the state, but ultimately lost and Kurtz was allowed to take control in September. The 2002 city audit showed a deficit of $26.6 million. Kurtz responded by closing all of the city’s recreation centers and laying off 18 workers. In 2003, he closed the ombudsman’s office, cut mayor and council pay, and increased water bills by 11%, making Flint’s water bill one of the highest in the nation. The next year, Kurtz laid off 35 more workers. By 2004, the state takeover and cuts ended, but state oversight would continue until 2006. 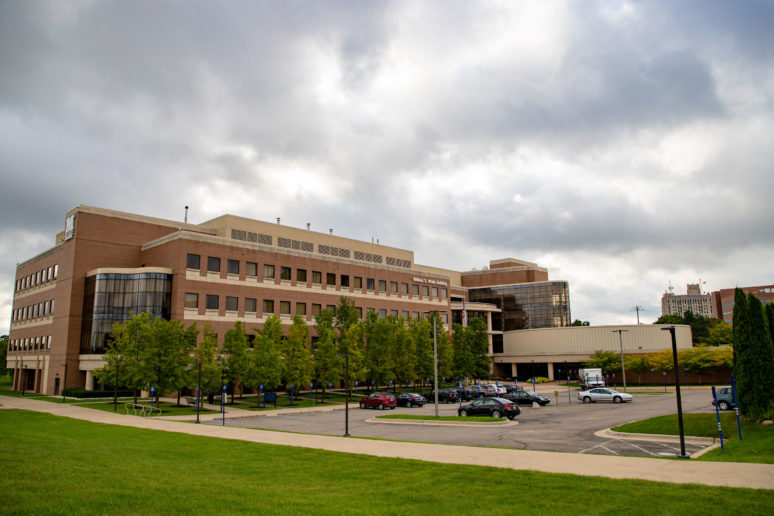 The 2003 mayoral election pitted local businessman, Don Williamson, against Floyd Clack. Williamson promised a new Flint, suitable for growth and for business. He defeated Clack by 4,678 votes. His post was largely ceremonial the first year of his tenure, but when the state takeover ended, Williamson jumped into action. Almost immediately, he was at odds with the City Council and others. His beginning was extremely rocky, leading to constant showdowns and grandstanding with elected officials throughout his tenure. 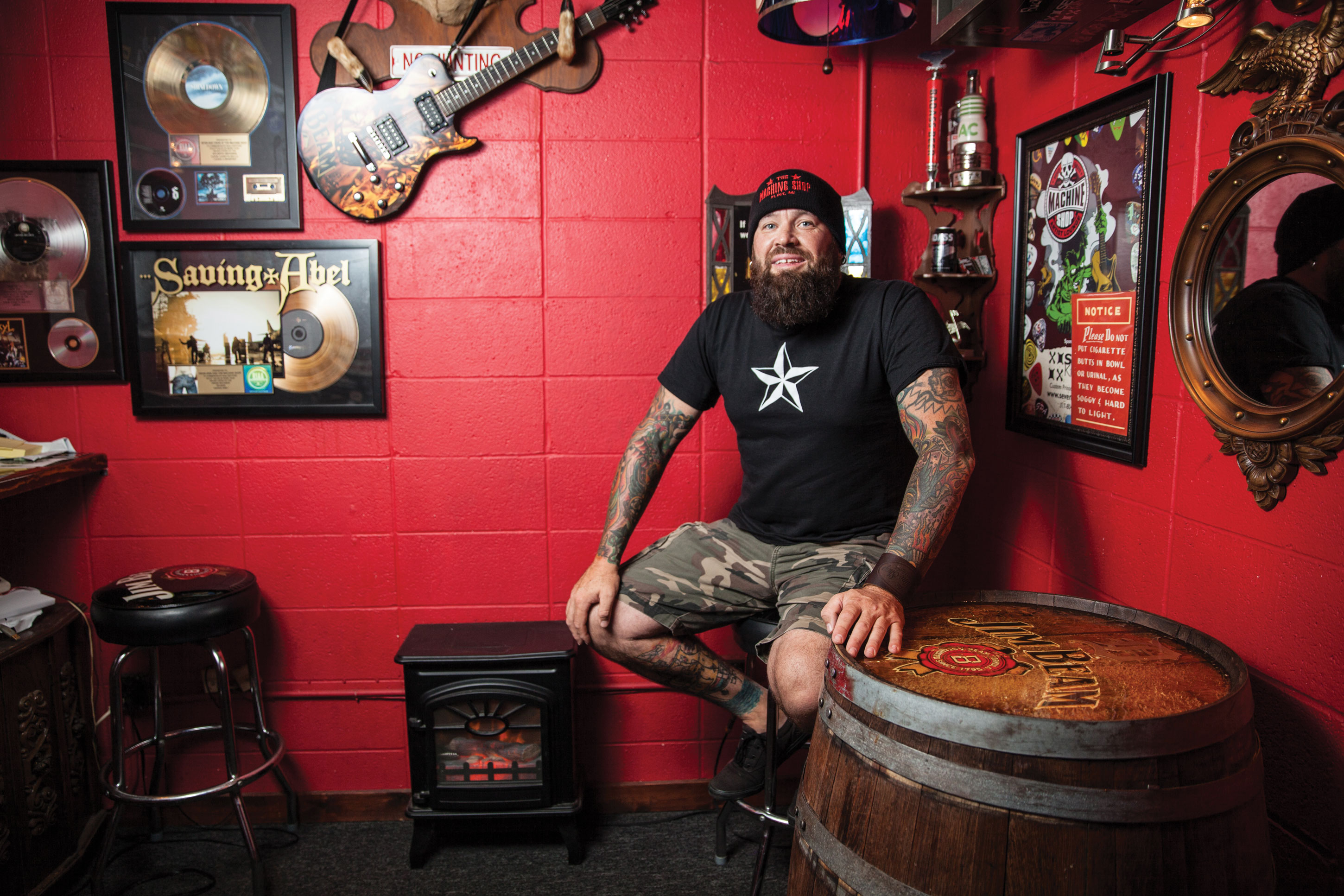 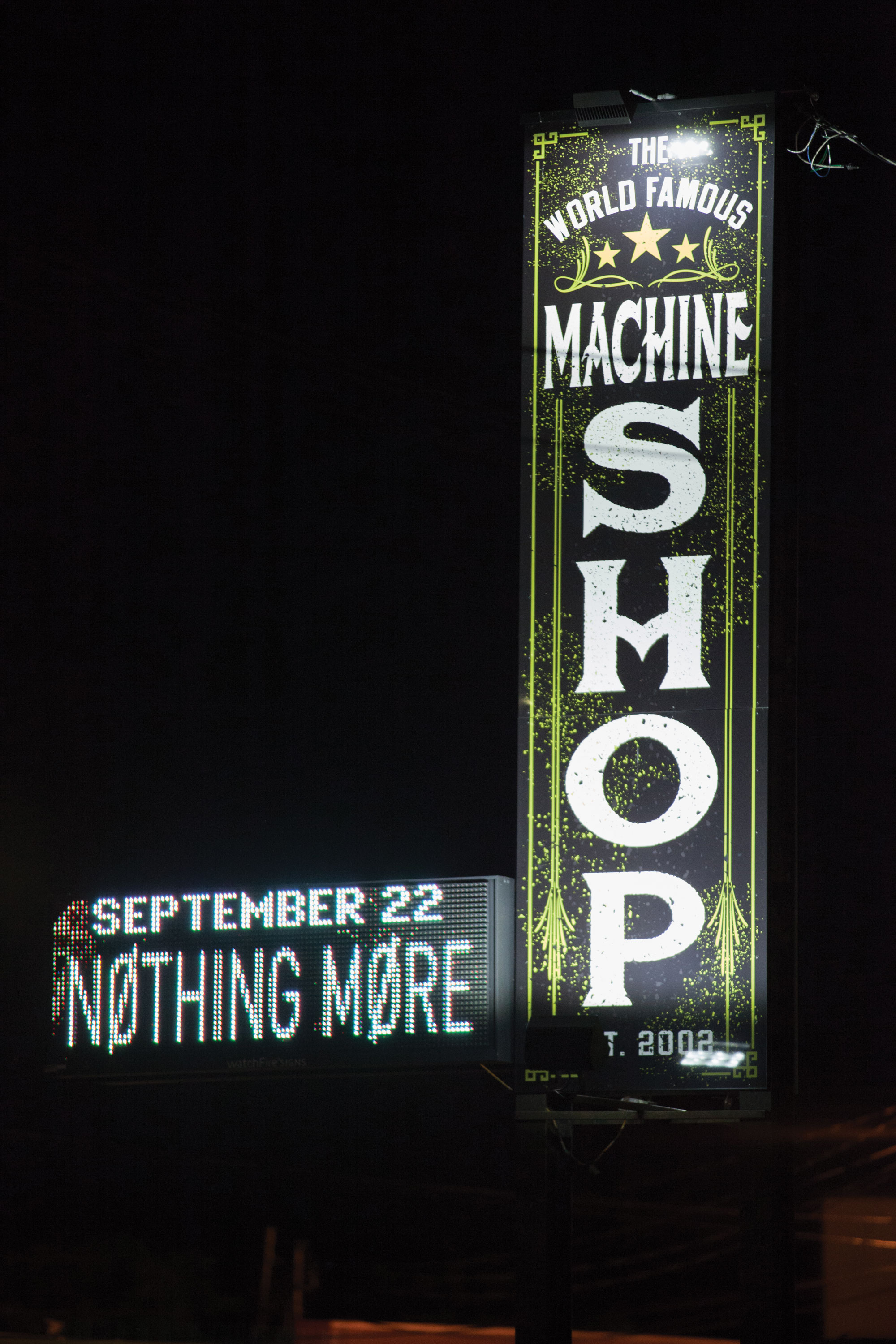 In March 2002, brothers Kevin & Craig Zink filled an entertainment void when they opened The Machine Shop on Dort Hwy. The venue has since become a legendary showcase for local and national rock

While the local government was in disarray, the local citizens began to take matters into their own hands with neighborhoods cleaning up local parks and roadways. Churches and pastors created (or enhanced) programs to help those less fortunate in Flint and business leaders were starting to make an impact. In 2001, Diplomat Pharmacy of Flint began to pick up steam when it went national. Started in 1975 by Dale and Phil Hagerman, the company would be tremendously successful worldwide and employ hundreds in the Flint area. Later, Phil and Jocelyn Hagerman would establish the Hagerman Foundation with the mission to improve the lives of future generations. The Foundation would be an important part of Flint’s future rebirth.

When the Capitol Theatre shut its doors in 1996, Flint was left bereft of a professional, large-scale music venue. In March 2002, the void was filled when brothers Kevin and Craig Zink opened The Machine Shop. Since then, the venue has become one of Michigan’s best, loved by fans and bands alike. Later that year, four local businessman joined forces to help revitalize and redevelop Flint’s stricken Downtown. Troy Farah, Gary Hurand, Phil Shaltz and Ghassan Saab pooled resources and influence to found Uptown Developments, LLC and the Uptown Reinvestment Corporation. Uptown Developments immediately began acquiring and renovating Downtown buildings for future business. UM-Flint expanded in 2002 with the completion of The White Building on the grounds where AutoWorld once stood. 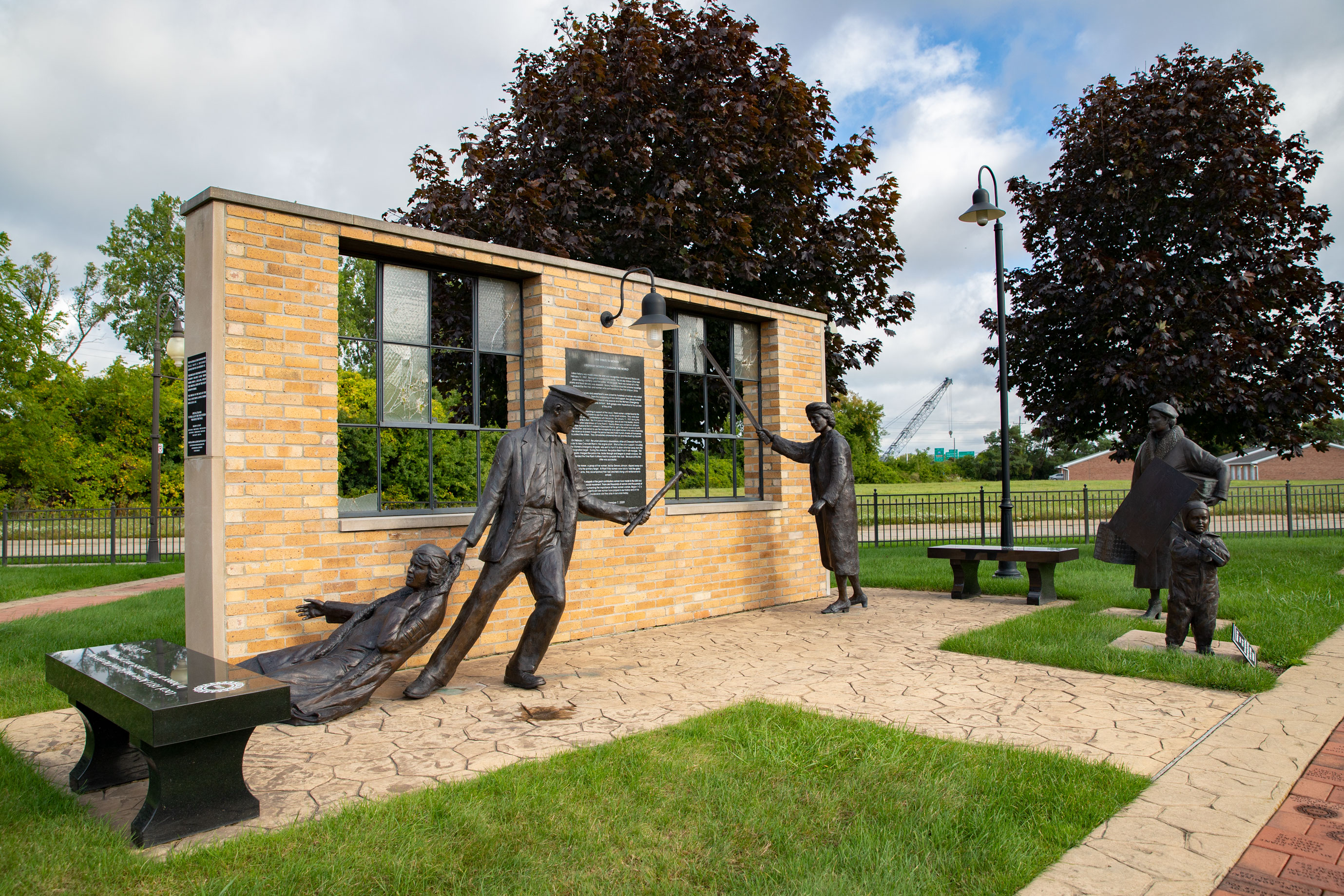 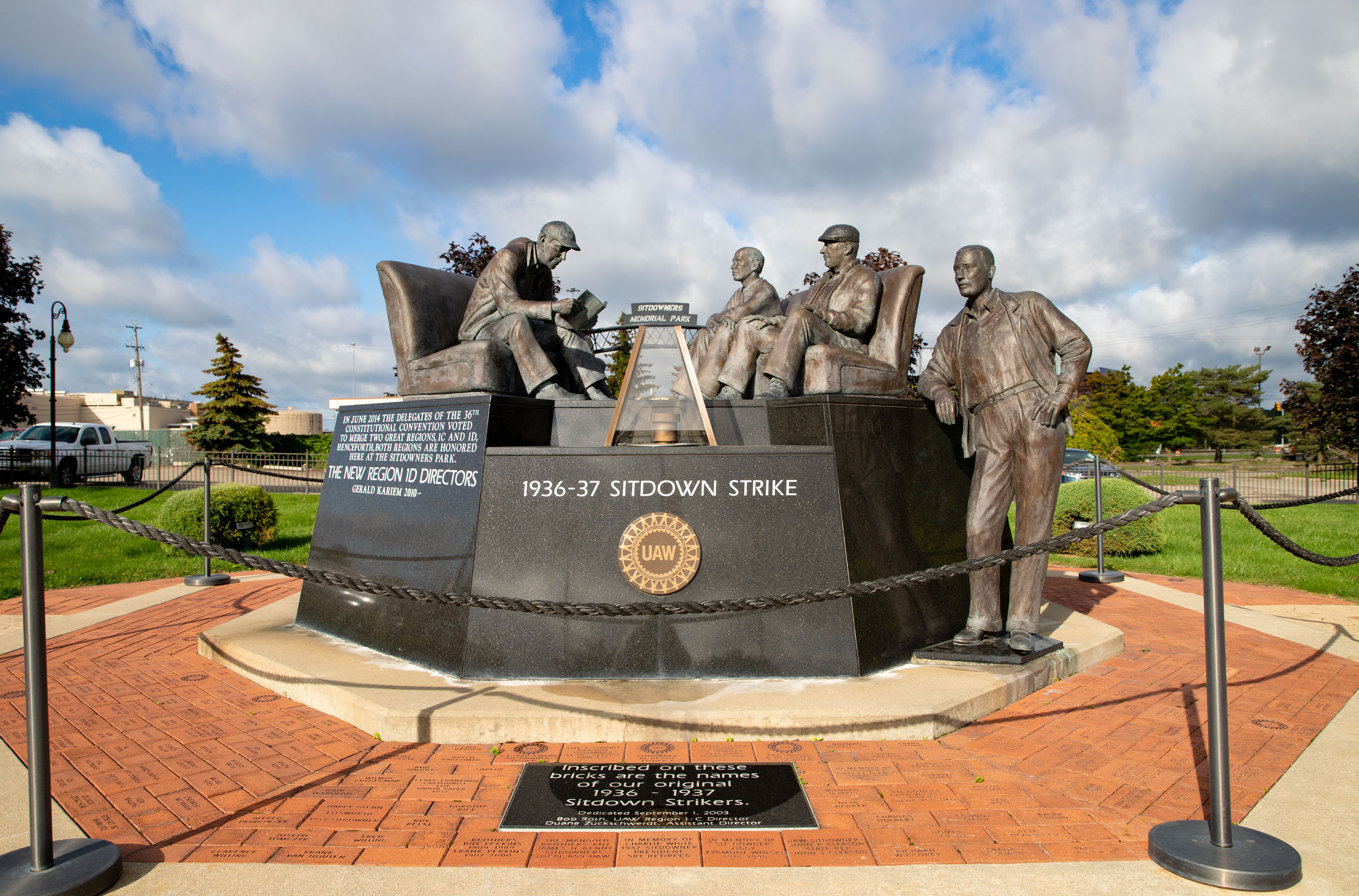 The sit-down strike memorial was completed and commemorated in 2003.

One of the biggest problems Flint faced in the early 2000s was blight and abandoned homes. At the time, Michigan’s tax foreclosure process was hopeless. Tax-foreclosed homes remained in a sort of limbo for several years. In 2002, the Michigan State Legislature created a new, streamlined system, giving foreclosed properties to the local treasurer after only two years. In 2004, the Genesee County Land Bank Authority (GCLBA) was created to remove blight and recycle abandoned homes. The Land Bank quickly began to demolish or revitalize foreclosed and abandoned properties with the hope of cleaning up the city. To date, the GCLBA has demolished or renovated over 5,000 properties. 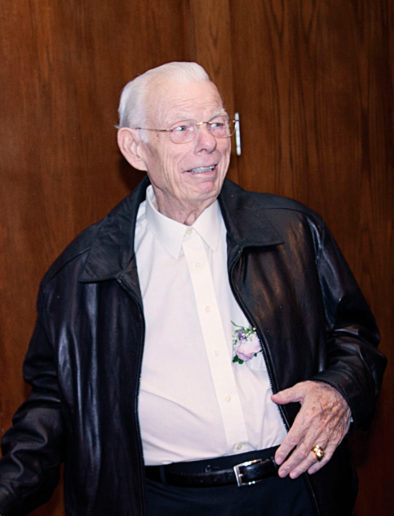 In 2008, Former Mayor, Don Williamson, found himself in hot water

In the summer of 2005, Flint celebrated its 150-year anniversary. Residents enjoyed the arts and music at many venues throughout the city and beyond. In 1855, Flint officially became a city and since that time has seen growth, innovation, triumph and despair. It has helped the United States win two world wars and produced countless heroes. It has seen the best of times and the worst. The anniversary was a celebration of both the past and the future.

In 2006, Mayor Williamson found himself under increased scrutiny. The newly created Citizen’s Service Bureau turned out to be controversial and polarizing in the city and voters were beginning to take a much closer look at their Mayor. When the city announced a $4.6 million surplus before the election, voters remained skeptical; but, in 2007, still re-elected Williamson over challenger, Dayne Walling, by just 581 votes. Soon thereafter, Mayor Williamson laid off 50 police officers and demoted 18 supervisors. This was the final straw for Flint, and a recall effort began in the summer of 2008. In January 2009, city auditors found an $8.3 million budget deficit. Williamson retired, citing health concerns, a month after the report. In a special election, Dayne Walling defeated Brenda Clack to become mayor. 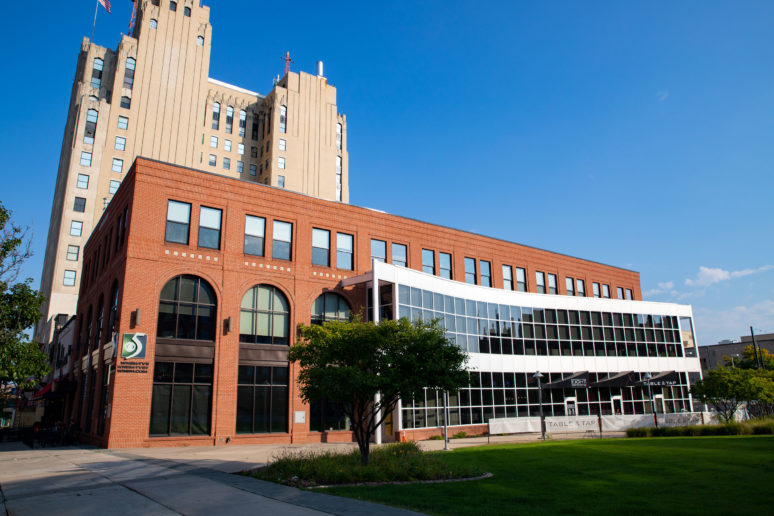 While all eyes were on the mayor’s office, the city was beginning to look toward the future. The Community Foundation Building was renovated in 2007, allowing space for new Downtown restaurants and businesses. In 2008, the Wade Trim Building was renovated and opened, offering the same. The next year, the beautifully refreshed Rowe Building was opened to the public Downtown. Combining three historical buildings into one, the Rowe Building housed Rowe Professional Services on its bottom floors and beautiful loft apartments above. In 2011, The Flint Journal became a tenant. 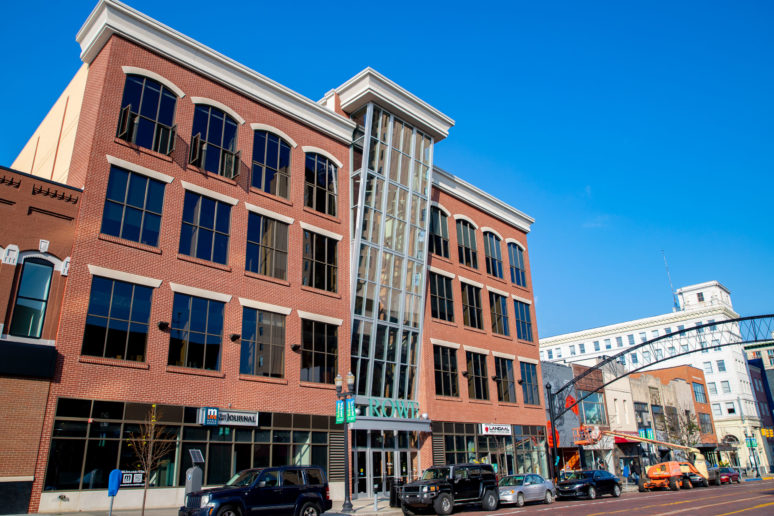 The Rowe Building was renovated in 2008. It is now occupied by Rowe Professional Services and the Flint Journal (MLive)

As Flint moved forward and land was cleared of blight, open land became available. Citizens began to use that land by creating community gardens and green spaces. In 2009, Edible Flint was established to help communities use the land effectively and to provide fresh vegetables to a populace with limited access to such foods. Green spaces and gardens had become a large part of future city planning. 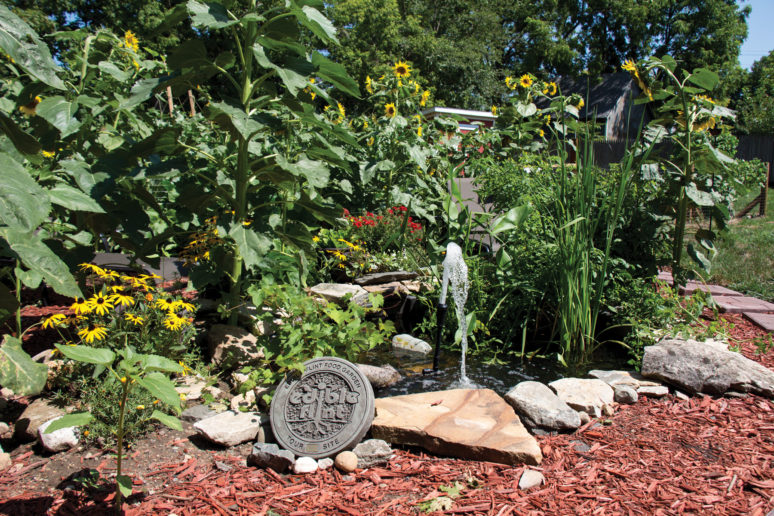 As the city contracted, Flint residents found themselves with available green space. In 2009, Edible Flint was established to provide gardens and beautification

Despite the steps taken toward a brighter future, the end of the decade brought more heartbreak and uncertainty. Due to lack of funds, a crumbling infrastructure and declining enrollment, Flint Central High School was permanently closed in 2009. The first of Flint’s major high schools with halls full of history and success was the first to go. Despite the school closings and the many cutbacks and layoffs, 2009 ended with a $14.3 million budget deficit. Mayor Walling and the City Council were left scratching their heads about what to do. The state noticed, however, and began to take another look at the city.

In the decade between 2000-09, Flint was able to take some small steps toward a better future. The city overcame governmental stress and chaos to emerge a smaller and more manageable operation. In fact, the entire city was already beginning to change for the better. Citizens began to rely upon each other and take matters into their own hands. They were beginning to claim ownership of the city and hopes were high. And that was good, because what came next would challenge the city more than anyone could have imagined. The next decade would be frustrating, heartbreaking and criminal. The resiliency of Flint’s people would be tested for, hopefully, the last time.