In Genesee County, the skating community has always been happy to stay in the periphery. In the late 80s and early 90s, skateboarding was popular but stigmatized. Skaters practiced their craft wherever they could until they were threatened with legal actions and chased away. Skaters have never meant any harm – they just wanted a place to ride. Finally, in 2008, the skateboarding community united, found their voice, and (with help from some prominent area citizens) built the Flint Skate Park located on Miller Rd. next to the Swartz Creek Golf Course. They had created a place to skate, practice and learn. 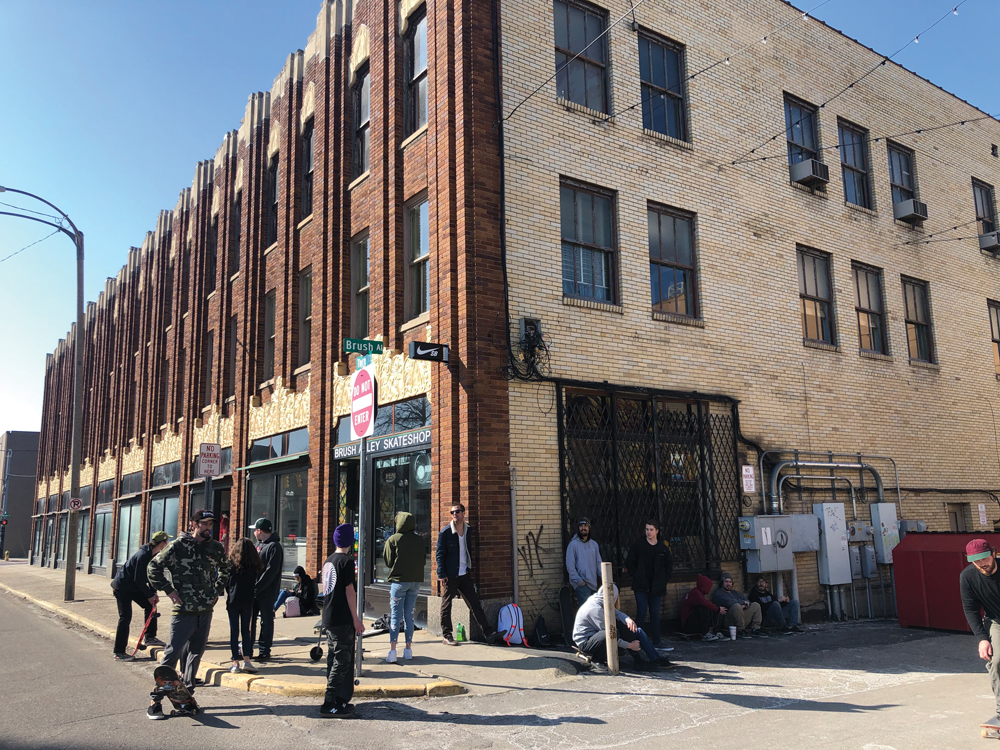 As the craze died down, the original Flint Skate Park fell into disrepair and was left unattended for nearly a decade. Then in 2018, a group of volunteers and skate enthusiasts raised enough money for cleaning and renovation. Skateboarding had a home again and the community began to rebound. 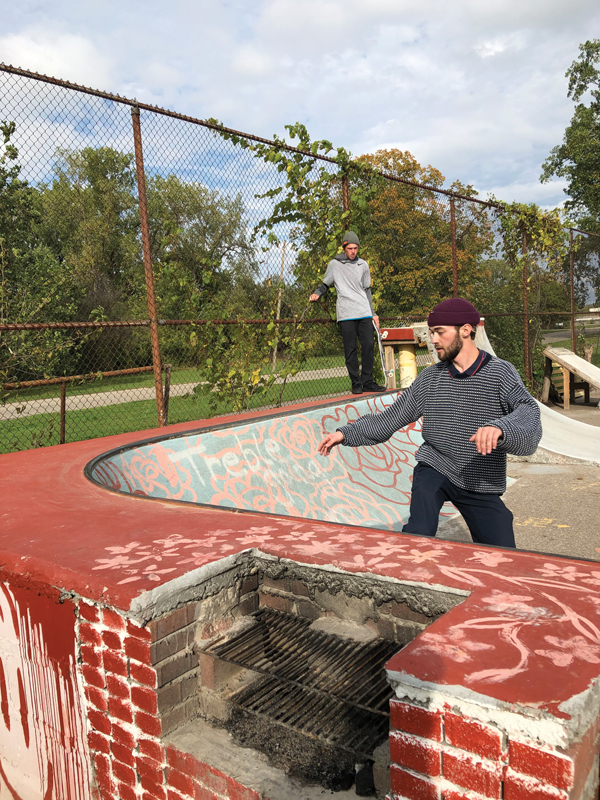 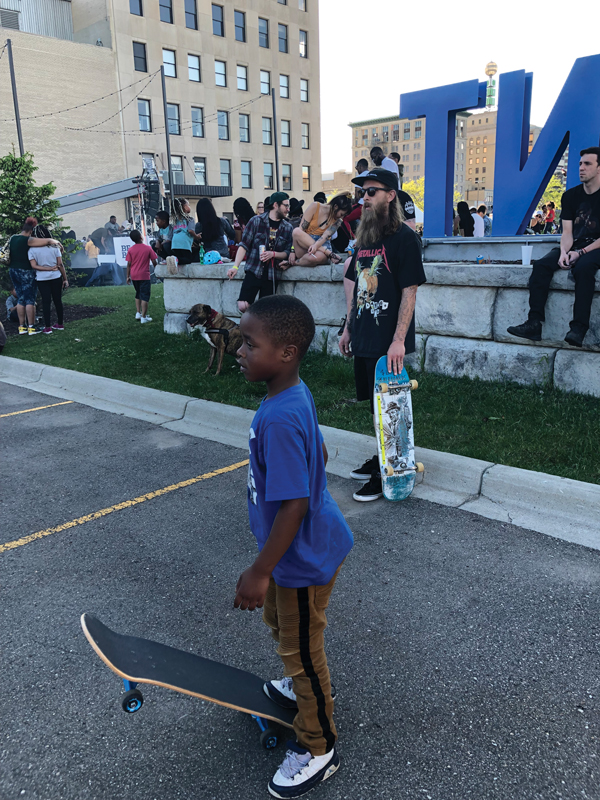 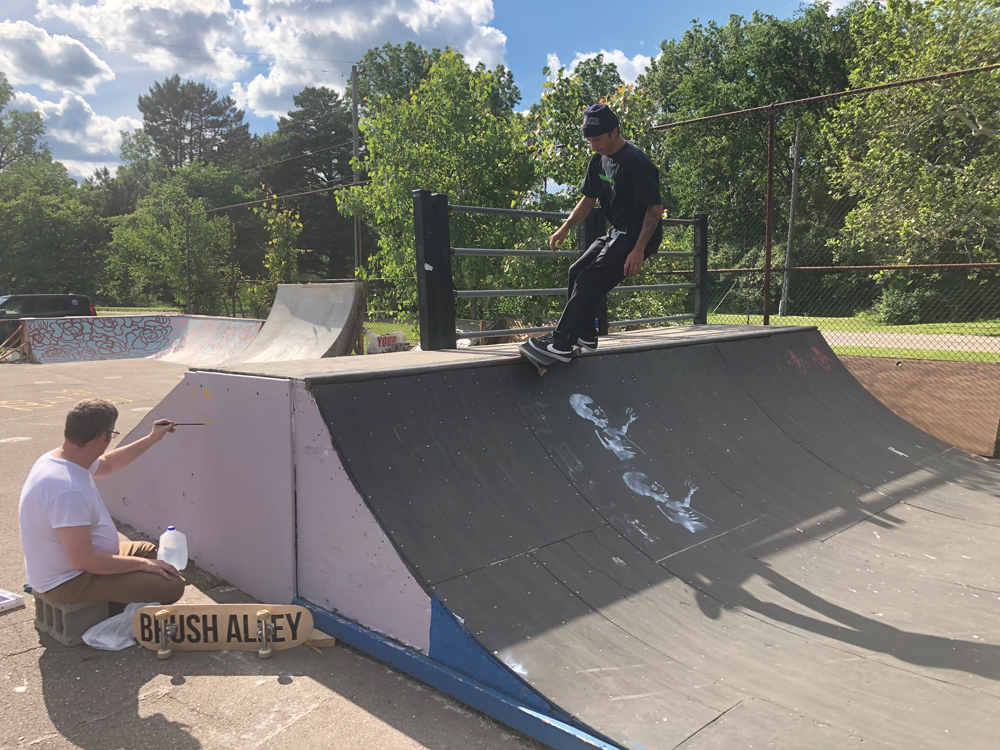 Today, the skating community is large, motivated, inclusive and looking for something more. “We needed something big in Flint,” says Flint Sk810 Chairperson, Mike Wright. “We have a great skateboarding base, but skaters aren’t coming together in Flint. They’re road-tripping to places like Ann Arbor, Detroit and further away. We concluded that it was time for a new, top-notch skatepark in the city.” Flint Sk810 was formed “to organize and raise funds for the construction and operation of a public skateboard park in Flint for people of all ages and abilities.” The committee is a vast and diverse group that includes a city representative, business owners, skatepark neighbors and community members, bicycle enthusiasts and young people. Wright chairs the committee with Brett Pierce as vice chair and Secretary, Shawn Rust. “We are not structured as a non-profit,” explains Wright. “We are a formal committee with United Way of Genesee County as fiduciary.” The committee meets monthly to discuss new developments and organize future plans. 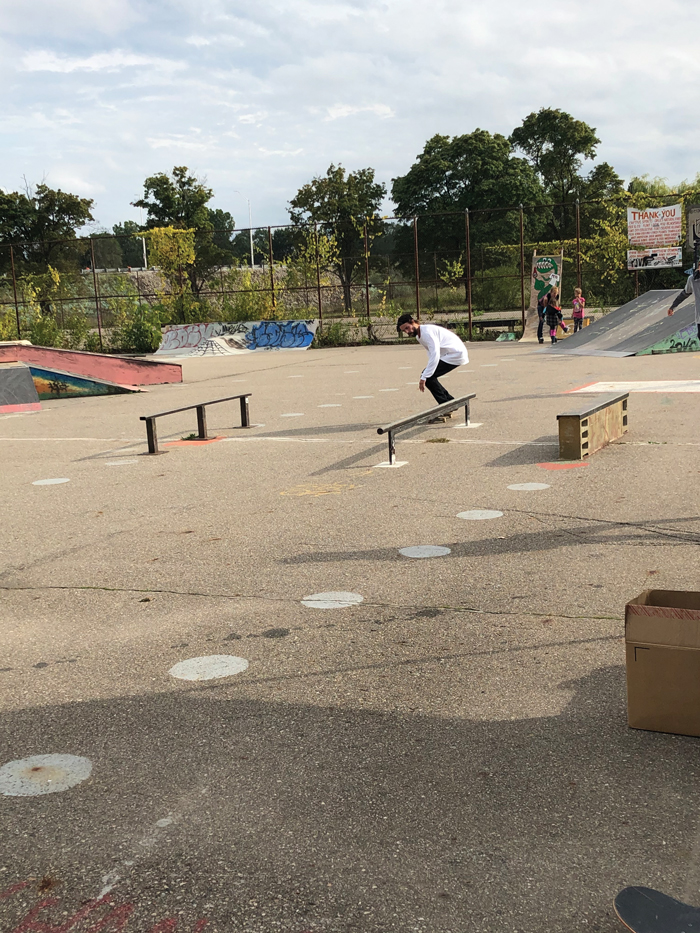 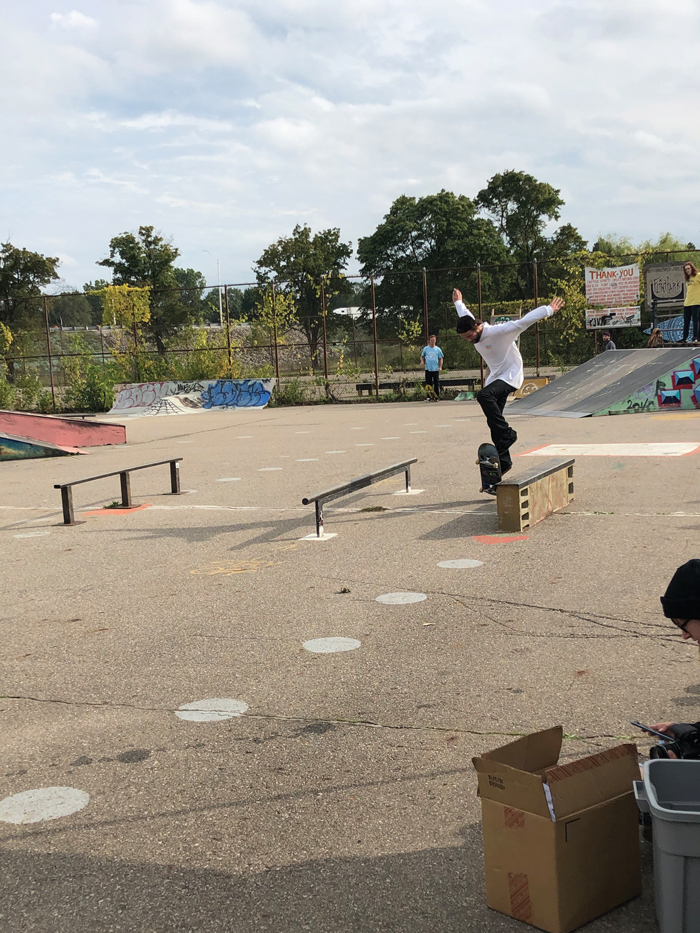 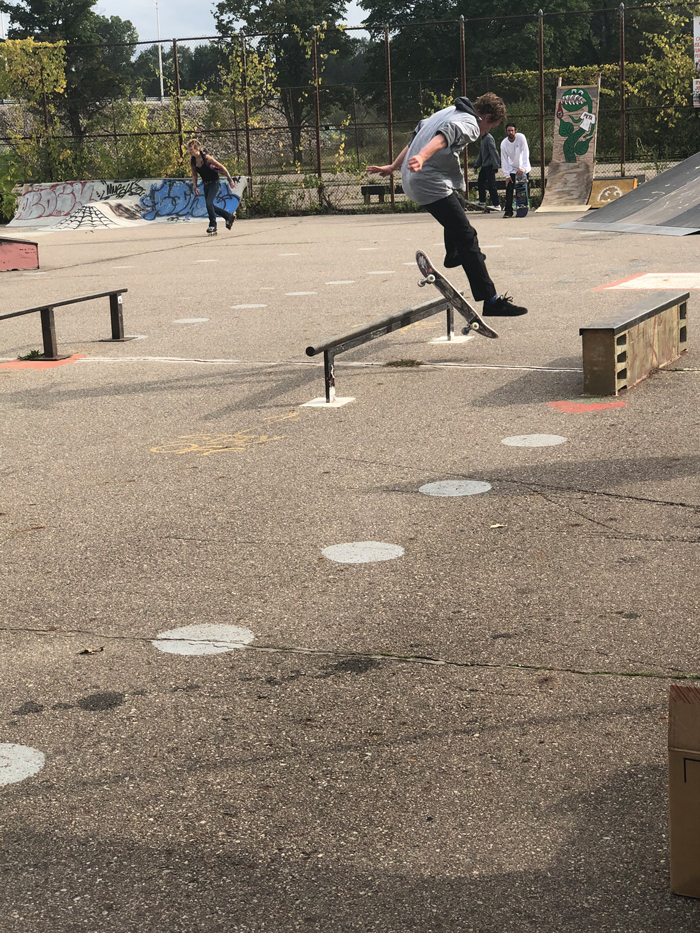 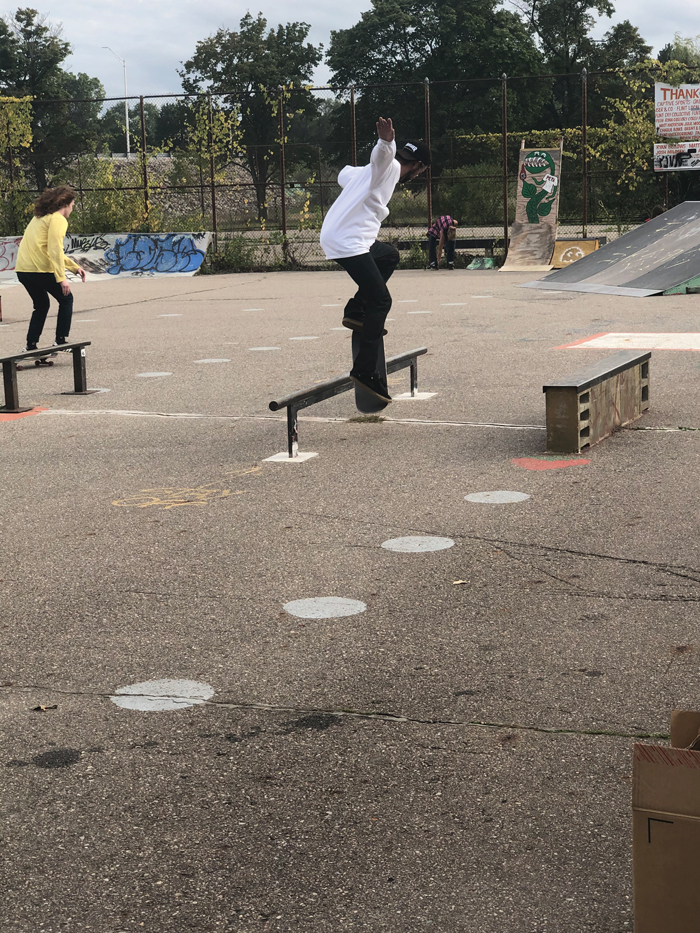 Last year, with help from former city advocate, Adam Moore, the group started the process of building a new skate park with city government and requested five skatepark design organizations to submit concepts. The group made a recommendation as to what features they would like the park design to include and the city concurred. Last fall, Flint Sk810 met with funders and stakeholders. Those in attendance included the Mott Foundation, the Crim Fitness Foundation, United Way of Genesee County, State Representative Jim Ananich, Trevor Staples from the Tony Hawk Foundation and others. “The plan was for the group to reconvene in the spring and undergo a tour of possible sites,” explains Wright. “Of course, that’s now on the back burner,” he adds. “Then, we lost Adam (Moore) our city advocate, the pandemic hit and the whole project lost momentum.” 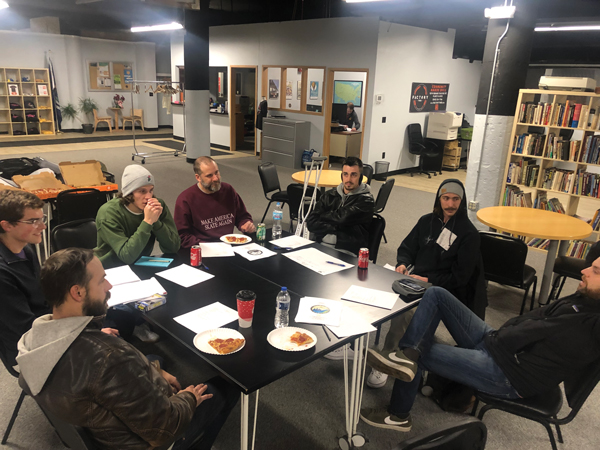 Undeterred, Flint Sk810 decided to roll up their collective sleeves and work harder. They partnered with the United Way of Genesee County which acts as a non-profit fiscal agent – a requirement for fundraising. They have forged relationships with agents of the Tony Hawk Foundation, the Ralph C. Wilson Foundation of Southeast Michigan, Grindline Skatepark Design & Construction, and have continued to work with the City of Flint through new advocate, Alissa Paquette. Slowly, the small organization is moving closer to their goal. “We are truly pursuing every possible avenue,” Wright says. Possible locations? “We’ve determined that, really, the current location would work best for the new park. It’s open to public transport, right off the freeway and within a mile of some of the last few city schools in operation. With the upcoming expansion of the trail system, it will get even more visibility.” 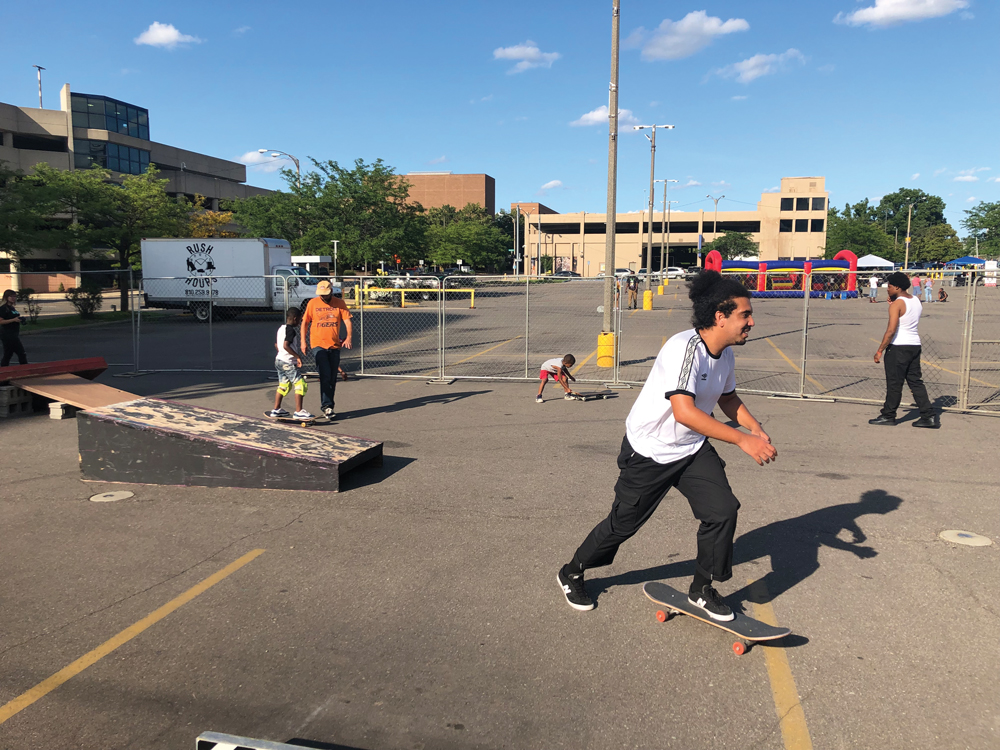 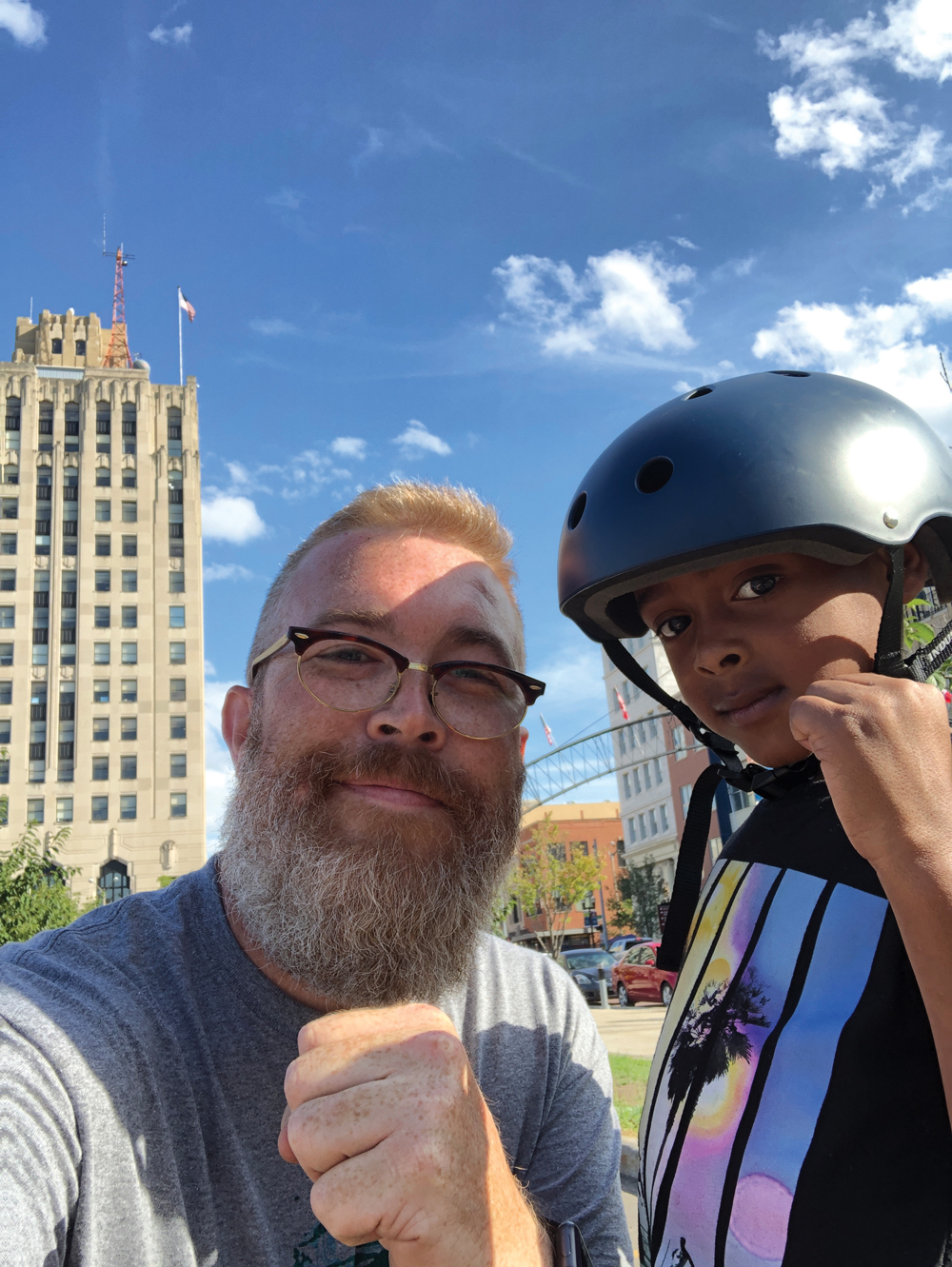 In the meantime, Flint Sk810 was a prominent figure at all Downtown Flint celebrations and gatherings. The group, in collaboration with Brush Alley Skateshop, regularly hosts an all-inclusive skate school where beginners of all ages, identities and nationalities can learn the basics of the sport. “The skating community is open for everybody. We work with children, older adults, minorities, whoever,” Wright says. “And, it’s not just skateboards – we support longboarding, scooters, inline skates, whatever rolls. I’d like to add that the help and support from Brush Alley Skateshop through all of this has been incredible. We are not sure we could get as far without them.”

The goal is on the horizon. The Greater Flint skating community and Flint Sk810 are on their way, but still need help to get there. For more information about their vision and need, visit the Flint Sk810 Facebook page. 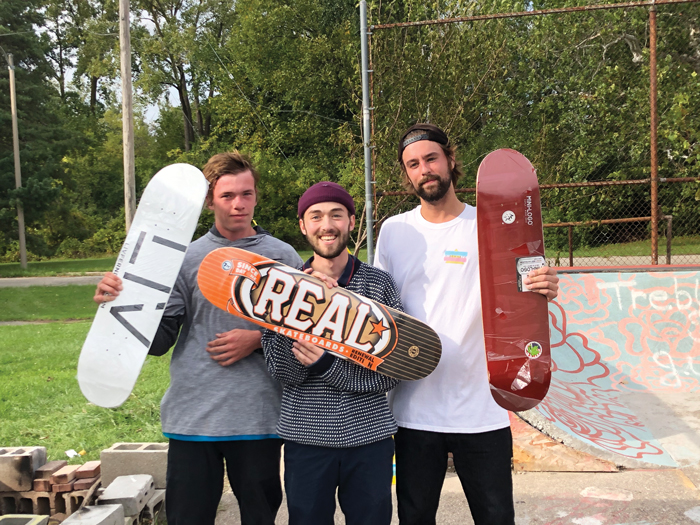 “We would love to provide a new, safe place to practice a sport that we love, that is inclusive and family driven,” Wright shares. “We envision a place where backgrounds can come together and blend. There are no outsiders in skating.”