Arthur Jerome Eddy, may not have a local street or building named after him, but he is still a prominent part of not only Flint’s history, but also the history of American Modern art.

Eddy was born on November 5, 1859 in Flint to Jerome Eddy (1829-1905) a Flint businessman and politician, and Ellen M. Case. He was a lawyer, author, art collector and art critic. Eddy entered Harvard Law School in 1877, but in 1879 returned to Flint to be publisher of the newspaper, the Weekly Genesee Democrat newspaper, which his father owned.

In 1888, he moved to Chicago. After passing the Illinois Bar in 1890, Eddy married Lucy C. Orrell, who was the granddaughter of Michigan governor, Henry Howland Crapo and cousin of GM Founder, William Crapo (“Billy”) Durant. He joined the Chicago firm of Wetten, Matthews & Pegler where he practiced anti-trust and corporate law.

Eddy eventually leaned into his passion: art. In Chicago, he edited Contributor’s Magazine, a literary publication, and during his time there, found himself drawn to writing about artists like James McNeill Whistler and Auguste Rodin. In 1894, Eddy visited Paris to commission Whistler to paint his portrait, Arrangement in Flesh Color and Brown: Portrait of Arthur Jerome Eddy.

Specifically, Eddy collected American Modern art, spanning most of early-20th century avant-garde painting and printmaking; some of which included works of Manet and Monet, and he sometimes went over-budget. Because he was a lawyer in Chicago, he didn’t have the means to collect as much as his wealthy counterparts, such as Alfred Stieglitz, John Quinn, Albert C. Barnes, and Walter Arensberg.

Eddy’s first book was published in 1902, Delight, the Soul of Art, which consisted of art appreciation. Soon after, he published, Recollections and Impressions of James A. McNeill Whistler, in 1903. He also wrote a book about Flint in 1906 called, The Story of A Small Town by One Who Lived There. Only 1,500 copies were made, and one was owned by Mrs. J. Dallas Dort. 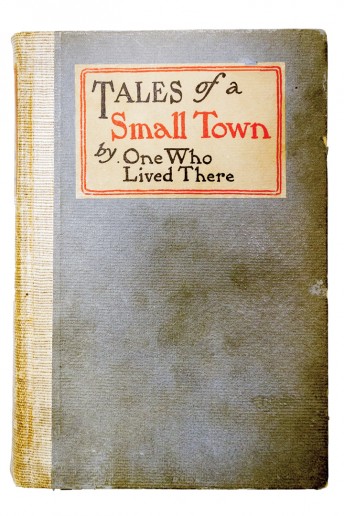 One copy of Eddy’s book, Tales of a small Town by One Who Lived There, was owned by Mrs. J. Dallas Dort; her signature is inside.

Until 1912, he focused on late 19th-century art, including working with the German expressionists and Wassily Kandinsky, a Russian painter and art theorist. By this time, he began adding Kandinsky’s works to his personal collection.

Through his travels and passion for educating people about art, Eddy published, Cubists and Post-Impressionism, in 1914, promoting and explaining the new art movements in painting and sculpture. Notably, he was the first American to discuss Kandinsky’s work in an American book. 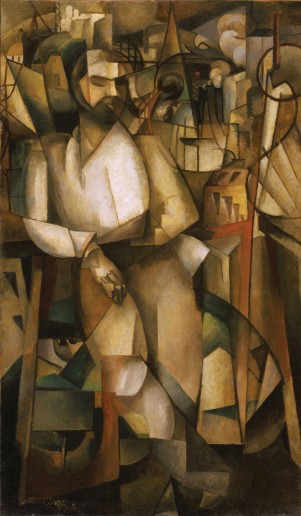 Arthur Eddy died in New York City on July 21, 1920, after suffering appendicitis and undergoing an appendectomy. He is buried in Flint’s Glenwood Cemetery.

Eleven years after his death, in 1931, 23 pieces of his collection were donated by his widow and son to the Art Institute of Chicago as the “Arthur Jerome Eddy Memorial Collection,” which is considered an important part of the museum’s Modern art collection.