When taking over as executive director of the Flint Jewish Federation (FJF) in 2011, Steven Low wasn’t sure what to expect. After arriving and finding his feet, he was pleasantly surprised. “I came from the St. Louis area, and the level of enthusiasm and passion here in the Jewish community and our collaborations are astonishing,” he says. “I think Flint is one of the best-kept secrets around and I wish I had discovered it a lot sooner.” For nine years now, Low has been one of the nearly 10,000 Jewish individuals who call Greater Flint home.

“There have been Jews in Flint going back to the 1850s,” informs Low. “We have contributed to the foundations of the city.” They have played key roles in manufacturing, commerce and especially, charity. “From the time Jews moved into the community here, there were various funds set up for charities,” remembers Low. “We organized and brought funds together to efficiently allocate them. That was the birth of the federation system. The Flint Jewish Federation dates back to 1938.”

The FJF is part of a national organization of over 180 regional federations that raises funds to help people throughout the world and are among the first on the ground when natural disasters strike. “When the Flint water crisis hit, a lot of national donations came to us. We used those funds in collaboration with MTA to provide rides to victims of lead poisoning for therapy and grocery shopping,” says Low. 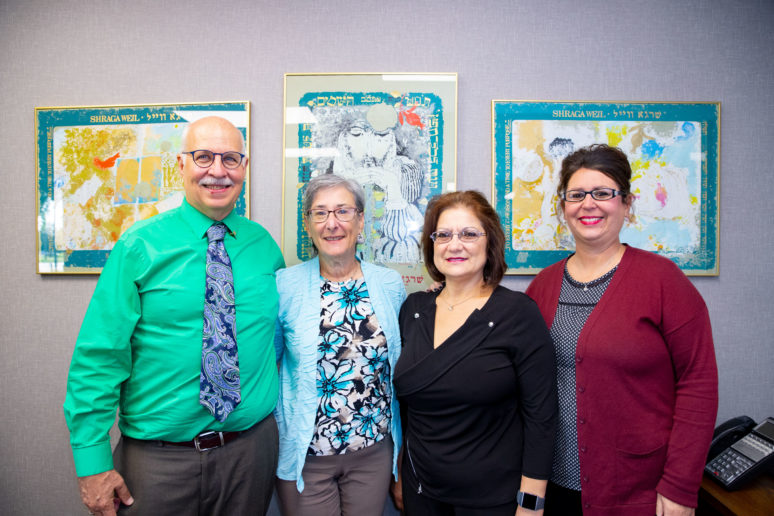 A non-denominational group, the FJF works through a number of area programs. Through Jewish Community Services, the FJF provides senior transportation to health appointments (inside and outside of the county), Kosher mobile meals to homebound citizens, Kosher congregate meals at Temple Beth El (including Asian-Indian meals), and translation and immigration services. FJF services also include educational and community relations components. The group hosts the Karen Schneider Jewish Film Festival of Flint, the Donald Riegle Community Service Awards, the Daniel Pearl World Music Days Humanity in Harmony music festival and the Holocaust Memorial. “The project that is near and dear to my heart is the Daniel Pearl World Music Days,” Says Low. “He was a journalist who was executed because he was Jewish and he was also an accomplished musician. To this date, over 15,000 concerts have been conducted in his memory.” The Humanity in Harmony concerts feature music from a variety of genres and ethnicities. The goal is to unite in harmony. This year’s festival will take place on October 19 and will feature the Meg Okura Trio, Mustard’s Retreat, We are the Northern Lights, and The Dort Honors String Quartet. This year’s Journalist in Residence is Dawn Jones from ABC 12.

“At the heart of everything is getting to know one another. When you do that, you can’t demonize one another any longer,” says Low. “You might not always agree, but you can always find a way to make things work.” The FJF works in close collaboration with many cultural and religious organizations in Flint. Their primary goal is to help those less fortunate than themselves. “It is called Tzedakah. It is a word that means ‘righteousness.’ What that means is that Jews are obligated to help the less fortunate,” explains Low. “We are required to care for the stranger. After all, we are all immigrants to this country. We need to do what we can.”

As the years have gone by, Low has seen Flint really begin to change for the better and he sees much hope in the city. “The city is coming alive and improvements are being made,” he says. “I would love to see the area become a pluralistic place that can be an example to the world. We have different people coming together from different cultures and that just makes us stronger. We can be a united city – a light unto the nations.”