The religion of Islam has many followers from all walks of life and nationalities, and many of them call Greater Flint and Genesee County home. “We have a growing Muslim population,” explains Niman Shukairy of the Flint Islamic Center, “and our community is very diverse. We have Syrians, Egyptians, Sudanese, Jordanians, Palestinians, Pakistani and Yemeni, as well as a large African-American Muslim Community.”

Niman Shukairy came to Flint with his parents in 1983 at the age of nine and attended Carman-Ainsworth schools. He is now a successful dentist and business owner in Flushing. “At that time, we didn’t have a center or building in which to meet. We held prayer service in the chapel at Hurley Hospital,” he recalls. “In 1987, we acquired a building off Dye road called The Cabana Club. That was the start of the Flint Islamic Center.” Since then, the Genesee County Muslim community has grown considerably and the Flint Islamic Center has grown and evolved to accommodate and welcome the newcomers. In 1994, a brand new mosque was built in Swartz Creek, complete with a private Islamic elementary school. Shortly thereafter, the school was expanded to accommodate a middle school, then high school students. Still the population grew and eventually, a new mosque was built in Grand Blanc. Greater Flint is home to three more mosques: the Noor Union Center on Flushing Rd, Omar Mosque on Beecher and the Muslim House in Downtown Flint. Within the last five years, the original building at Dyewood was razed to build a prayer center. 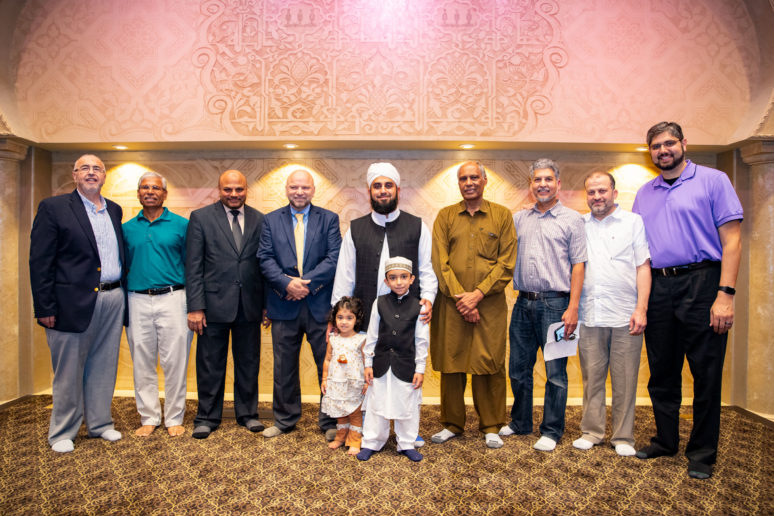 “We have seen tremendous growth,” explains Shukairy. “When you have a large welcoming center and a school, people will come. People live here and commute outside of the county because they like the good family environment here and at other mosques.” Soon, the Flint Islamic community began investing in the city and surrounding area. It is something the Center takes great pride in. “We have a good record with community service. We want the area to succeed,” states Shukairy. “One of our physicians recently opened a free health clinic on Flushing Road. We have a Muslim food pantry that provides for needy individuals in the area. One of our community members, Dr. Shah, bought the old Dewey Elementary school building and set up Sylvester Broome Empowerment Village. During the water crisis, our members distributed water there and our youths are involved in community service there,” he continues. “Personally, I am very involved in my hometown of Flushing through sponsorships and in local events. The Muslim community believes that this is our home and we want to do our part to make it better for everyone – not just for Muslims.”

The Flint Islamic Center has seen great support from local organizations and groups. During the recent New Zealand and Pittsburgh attacks, the Flint Islamic Center received flowers from area residents and support from local Jewish and Christian groups. Harassment still happens on an individual basis, but is few and far between. “I feel that the City of Flint has had a good response to our community. We’ve had a good relationship,” says Shukairy. “Whatever happens to the city affects us all. We will support everyone in our community, any family that needs it. We are investing in Flint. This is our home.”