“Being a head coach has been a personal goal,
but I wasn’t sure when it was going to happen.”
Ryan Oulahen

To say the date of March 27, 2009 marked a turning point in the hockey life of Ryan Oulahen would be a major understatement. Then 24, the left winger was a Detroit Red Wings’ prospect, enjoying his most productive season to date with the Grand Rapids Griffins, the club’s American League Hockey League affiliate. Oulahen felt he was finally on the cusp of playing his first NHL game. 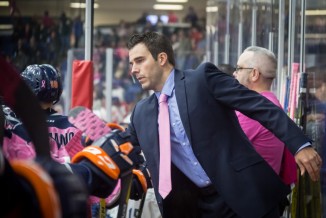 Then came that March evening when the Griffins suited up for a road game in Norfolk, VA.

“Late in the first period, there was a very unfortunate incident in which the throat of one of the referees was cut with a skate and there was a long delay to treat him and clean blood from the ice,” Oulahen recalls. “They flooded the ice thoroughly and we finished the first period and started the second right way. On my second shift of the second period, I was in that same corner where the ref was injured, trying keep the puck against the wall when my skate was caught in a rut, my legs went out from under me in opposite directions and my hip went out.”

Oulahen’s left hip had been dislocated, but the 2003 Red Wings draft pick intended to continue pursuing his NHL dreams the following season. However, roughly one year and two surgeries later, Oulahen learned that the cartilage damage in his hip was too severe for him to continue playing hockey.

In the meantime, Oulahen received an unexpected offer from then-Griffins coach, Curt Fraser.

“Instead of having me watch games from the stands, Coach Fraser invited me to be on the bench with him as kind of an assistant,” Oulahen says. “That gave me a little taste of coaching and I discovered I really liked it, and felt I could do well in that role and be very comfortable with it. Seeing my playing career end was devastating; but everything happens for a reason and fortunately, it didn’t take long for me to find out what the reason was.” 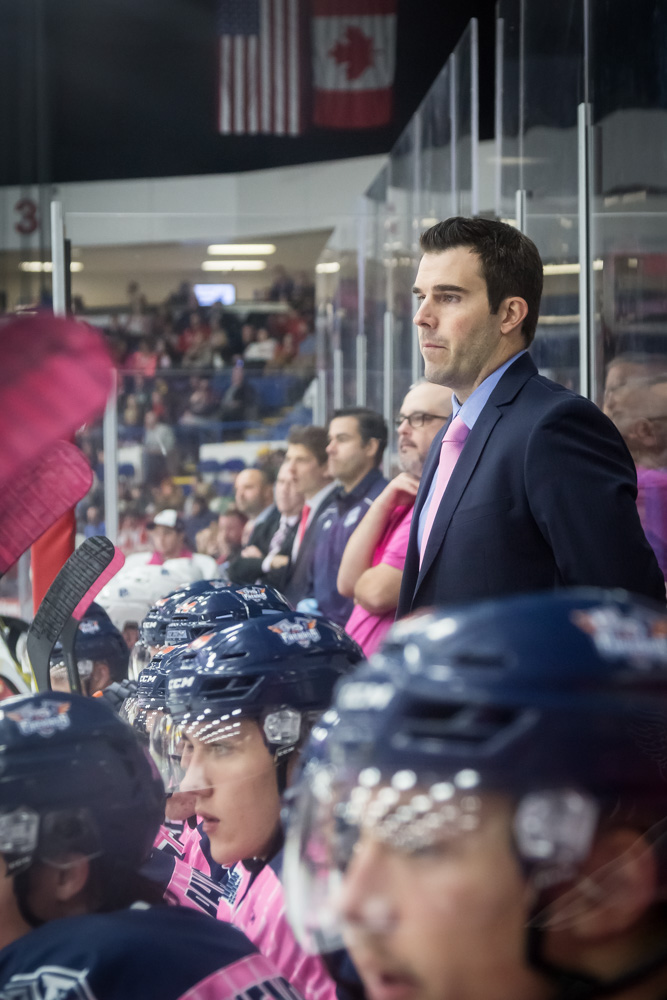 On May 20, 2016, more than seven years after that life-altering night in Norfolk, Oulahen became a head coach for the first time when the Ontario Hockey League announced he would fill the Flint Firebirds’ vacancy.

Oulahen, now a 31-year-old married father of two sons, came to Flint after five seasons as an assistant under OHL legend Stan Butler with the Brampton Battalion franchise which moved to North Bay, Ontario prior to the 2013-14 season. During Oulahen’s tenure, the Battalion went 180-114-46, advancing beyond the first round of the playoffs four times. Butler, whom Oulahen also played for, is fourth on the OHL’s all-time wins list with 648.

“Being a head coach has been a personal goal, but I wasn’t sure when it was going to happen,” says Oulahen, who grew up playing the game from a young age in Newmarket, Ontario. “Then Stan, who has taught me so much about coaching, told me the OHL had asked permission to interview me for the head coaching position in Flint. I talked to my wife and decided to go through the process. I felt like Flint would be a great place to become a head coach and was very excited to be offered the job.”

With that, the Firebirds began in earnest putting a tumultuous first year behind them. The team went through three head coaches last season when John Gruden and assistant coach Dave Karpa were fired twice before owner Rolf Nilsen appointed Sergei Kharin, who was later suspended. The OHL took over the franchise last February and decided Joe Stefan would finish the season as interim coach. Nilsen was also suspended for five years and fined $250,000. Stefan is still with the team as assistant general manager and director of player development.

“It’s been nice to just be able to focus on hockey and not deal with all of the off-the-ice things that happened last season,” Firebirds’ defenseman Alex Peters said. “Coach Oulahen and Coach Wellwood have been awesome for us because they played pro hockey not that long ago and know how to win at this level. Everyone is really buying into the mindset they are trying to instill, we’ve started well this season and we want a good playoff run.” 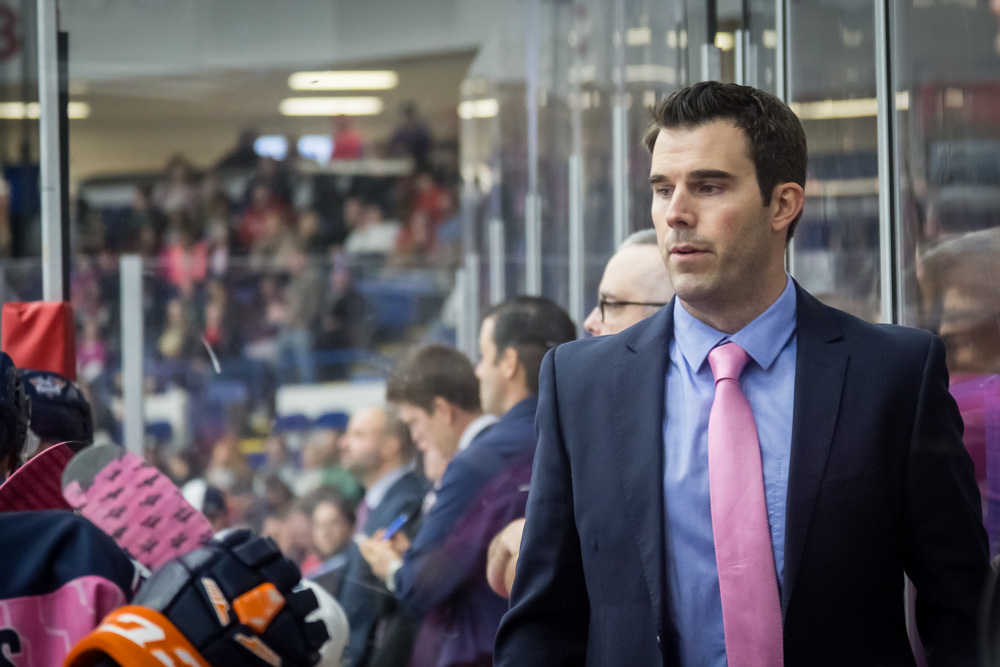 “We have a good mix of older players who feel like they have something to prove and younger players who are trying to take ice time from them. That makes for great competition and makes all players better,”Oulahen says. “Making the playoffs would be fantastic, but our main focus is sticking to our process for getting better every day and then wins will take care of themselves.”