Flint Community Players is celebrating its 90th season this year! And, the community theater group has a rich history. It all began in the summer of 1928, when a few young people of Flint gathered to come up with a plan for theater productions. In the spring of 1929, a theater group, The Wright Players, had ended their stay in the city. Founders Robert K. Adams and Bertha Creighton, a professional actress of great merit, took the lead in developing a community theater group called The Flint Theater Guild. 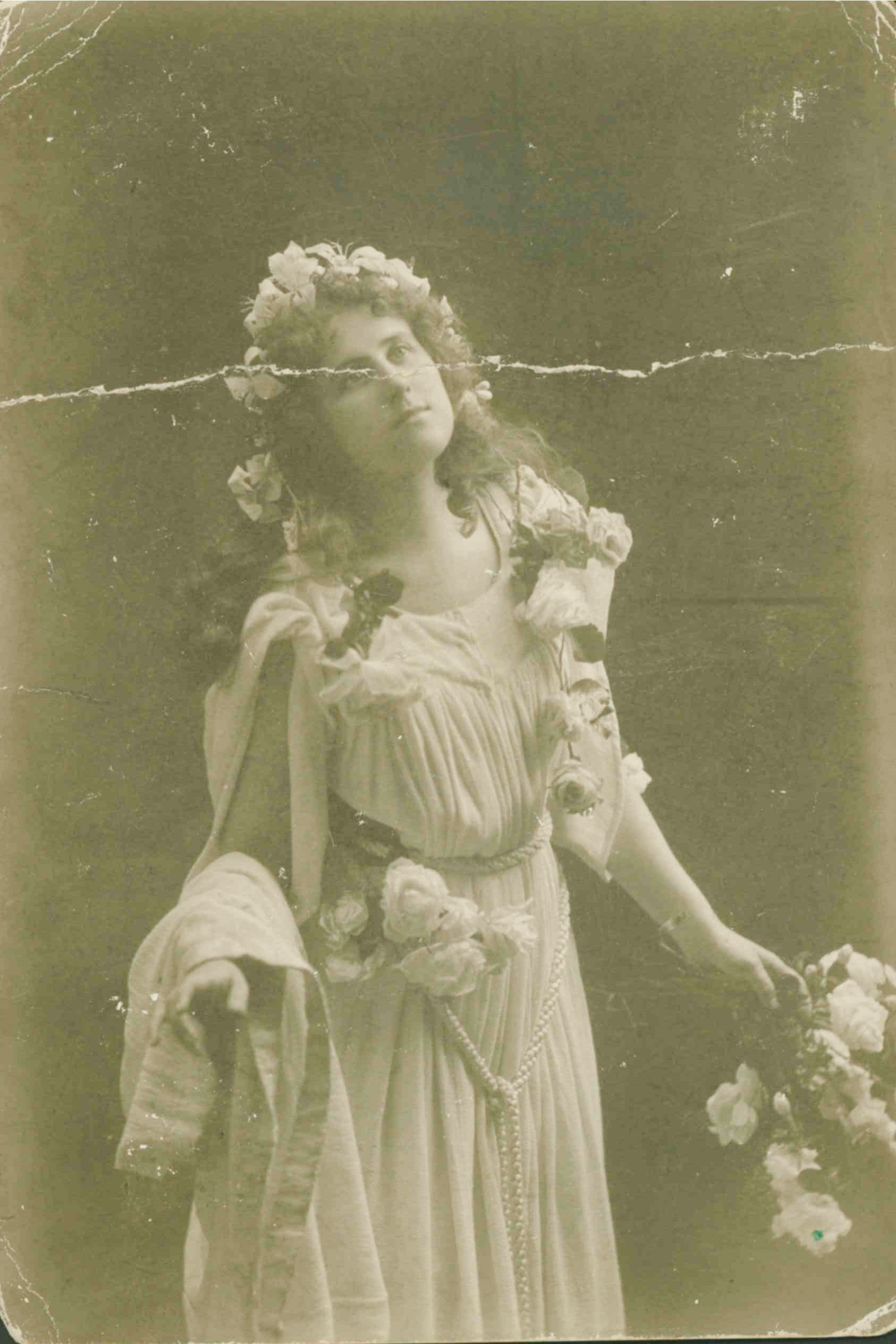 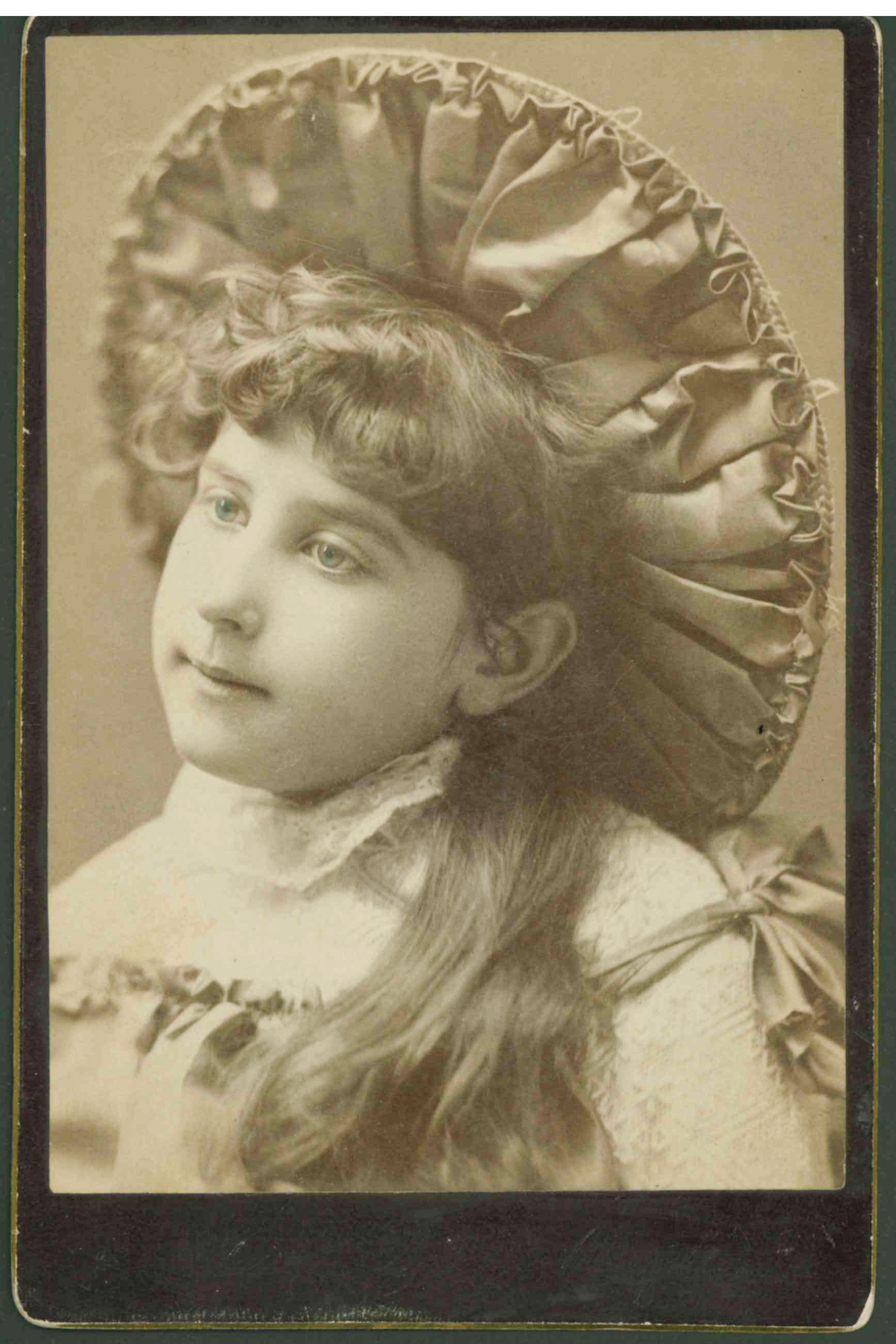 The Flint Theater Guild got to work and the very first play, Meet the Wife, was performed on June 27, 1929 at Central High School. Thrilled with their success, the Flint Theater Guild produced a show per week for the next five weeks. The group changed its name to Flint Community Players (FCP) and a board of directors was elected.

In 1949, Adah and Fred Swan donated their house and land on East Street to FCP. The property was sold and the funds placed in a trust which became the financial base of the theater group. In 1958, land was purchased on S. Ballenger Highway, where a workshop was built. Cabaret was the first production performed at the Ballenger Hwy. location, which was named for Tom and Bea Noble. “They volunteered for years,” says FCP Office Manager, Laura Kline. “They were big movers and shakers.”

My City Magazine met with Kline and Board Member, Rusty Jordan, to talk about the theater group’s history. 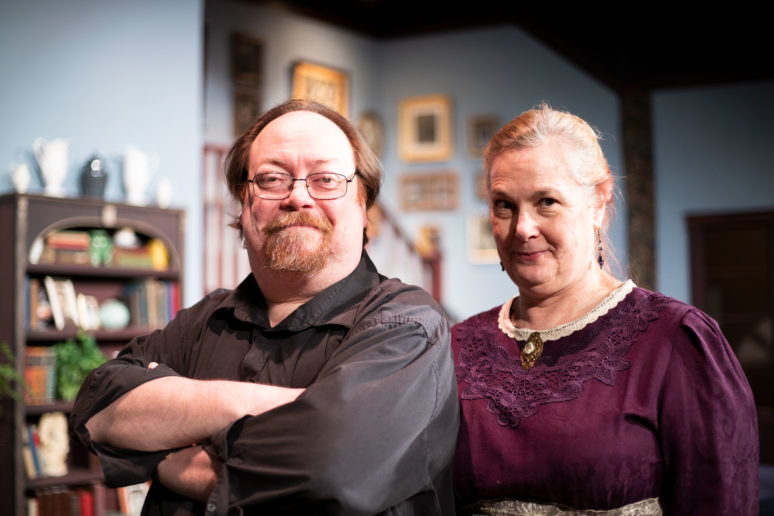 Board Member/Producer Rusty Jordan and Office Manager/Actress Laura Kline celebrate the rich history and talent of the FCP.

Jordan has been involved with FCP since 1987, and is producer of the most recent show, Arsenic and Old Lace. FCP has only two paid employees, Kline and Theater Technician, Rick Doll. Directors, musical directors, choreographers and musicians all receive stipends, Kline explains. There are also many volunteers who are the heart of the nonprofit organization and they are always looking for volunteers to usher, work in the light booth and costume shop, or even to audition for the show. “The actors are all volunteers,” Jordan shares.

Along with her office management duties, Kline also manages the Costume Shop, where she makes sure the actors have the appropriate garments to fit their characters and the time period. “I do a lot of second-hand shopping,” she admits. “We operate on a very small budget. We borrow things.” She played the part of Aunt Abby in Arsenic and Old Lace, which she describes as “possibly the most produced play in the country.” 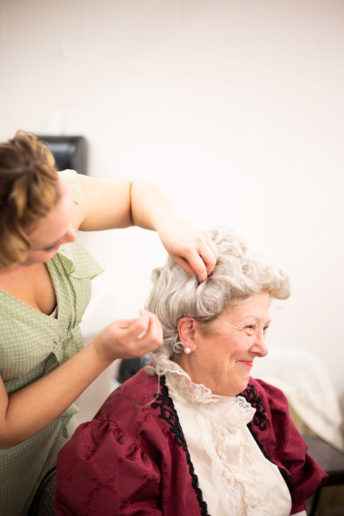 The FCP season begins in September, and the group performs five works each season, including three musicals. They also host a Ghost Light Series, which consists of five smaller, more thought-provoking shows. This past summer, they started a Children’s Theater with the production of Charlotte’s Web. “It was great fun!” Kline exclaimed.

Auditions are held for each play, which are announced on Facebook, in newspapers and by word-of-mouth. “The director casts the show,” Kline explains, adding that anyone can audition for a role. Cast members can expect six to eight weeks of rehearsals. And, of course, there’s a lot of work to do behind the scenes. The sets are built by the theater technician. “Rick is a genius and a magician,” Kline shares. “He makes things out of nothing.” Jordan adds, “we have a vast array of props, costumes and set pieces – a whole pole barn full of fun!” For Arsenic and Old Lace, Doll built the window box, desk and book shelf. “We already had everything else,” says Kline. “We found the furniture at an estate sale, really cheap.”

“Live theatre is a give and take between the audience and the performers and it is never, ever the same thing twice.”
Laura Kline,Office Manager

According to Kline, FCP has to obtain legal rights in order to perform the shows – and it isn’t cheap. “It can cost $10,000 a season,” Jordan says. “The cost of a musical is $3,000. The rates are based on the number of performers and number of seats in the house.” Kline adds, “we are always looking for sponsors and donations.” FCP is a nonprofit organization that gets funding from donations, grants and sponsorships. “We receive a large amount of financial support from the Flint community,” says Jordan.

The upcoming show, which will run from May 9-May 19, is La Cage Aux Folles, based on the play by Jean Poiret. According to Jordan, the show is derived from a French movie, Cage of Fools. “Hilarity ensues,” he laughs. 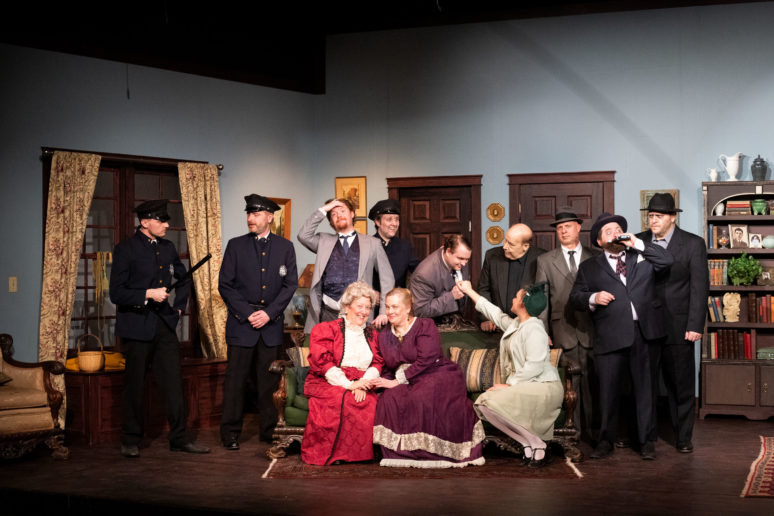 For everyone involved with FCP – from volunteers to board members – love of theater is the common thread. Both Kline and Jordan love what they do. “It’s just in our blood,” admits Jordan with a smile. “It’s an art form that happens as you are doing it. It’s the ‘live’ part that makes it so wonderful. And, yes, someone always forgets their lines,” says Kline. 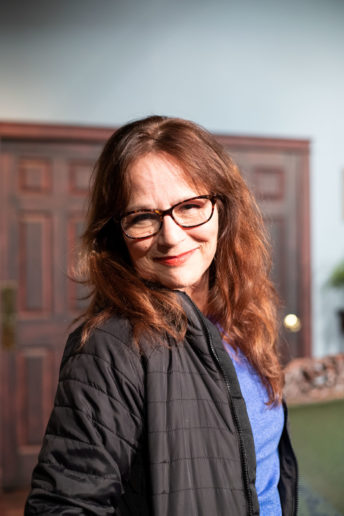 According to the office manager, live theatre is a give and take between the audience and the performers and it is never, ever the same thing twice. “Different audiences laugh at different times and they react differently,” she says. “The audience is sometimes boisterous and sometimes quiet.”

“It’s all interwoven,” Jordan adds. “Everybody has to work together. We do this because we love it. To me, there is nothing better than getting that laugh, the clapping – or, that silence. When there is no noise, you know you got to them (the audience).”

“You can feel the electricity,” Kline says. “It’s magic – a ton of hard work, but magic.” “It’s the whole experience,” Jordan says.

So, just who becomes a Flint Community Player? In a dusty handbook dating back to the 1950s, it says: “They are doctors, lawyers, carpenters, automobile salesmen, electricians, housewives, downtown merchants and their clerks, industrial workers, executives, teachers, and high school and college students. They are young people and old people, rich people and poor people, new people and established old-timers. But they all have one thing in common – they either watch and enjoy, or work with and enjoy Community Players productions. The Community Players are you.” 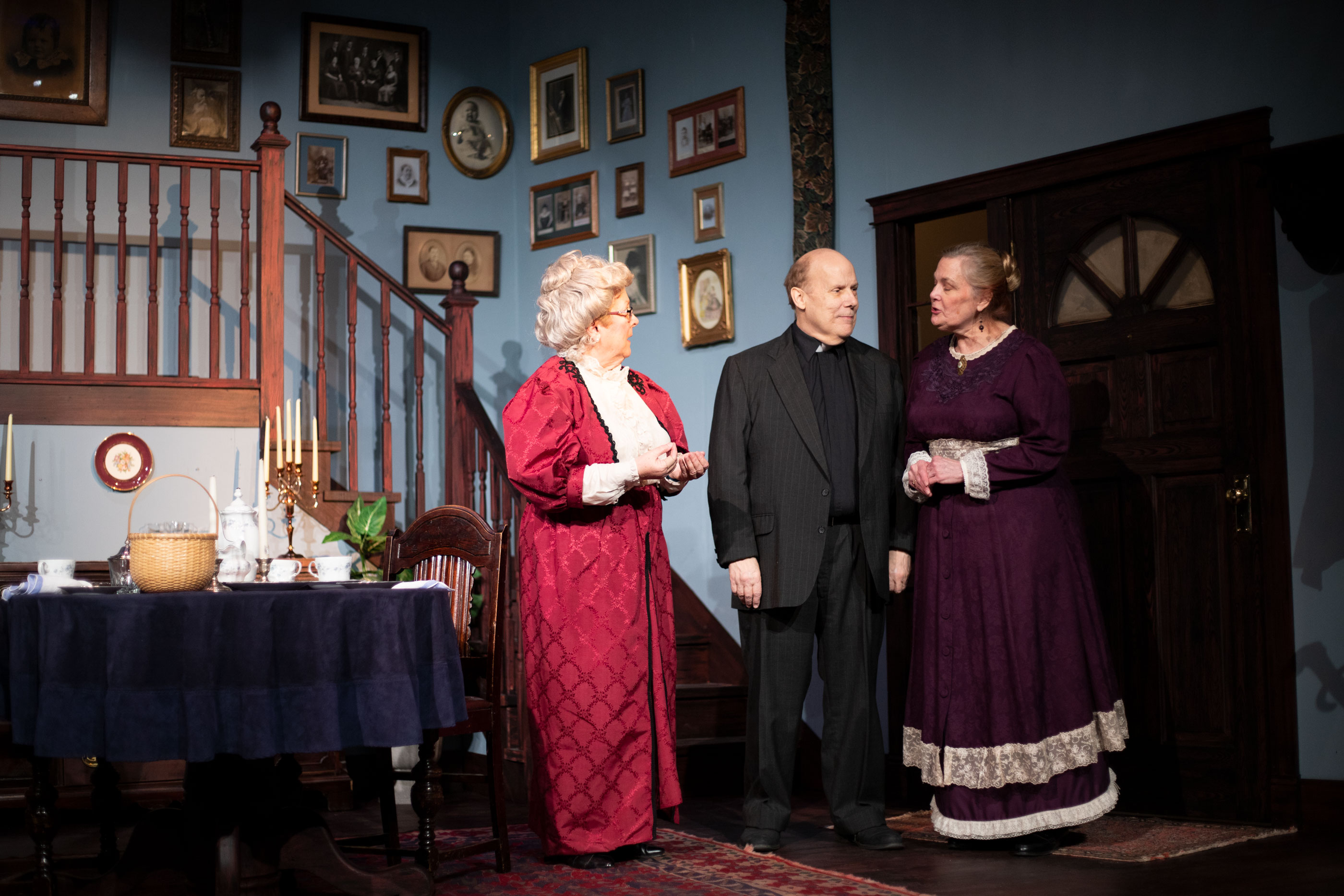 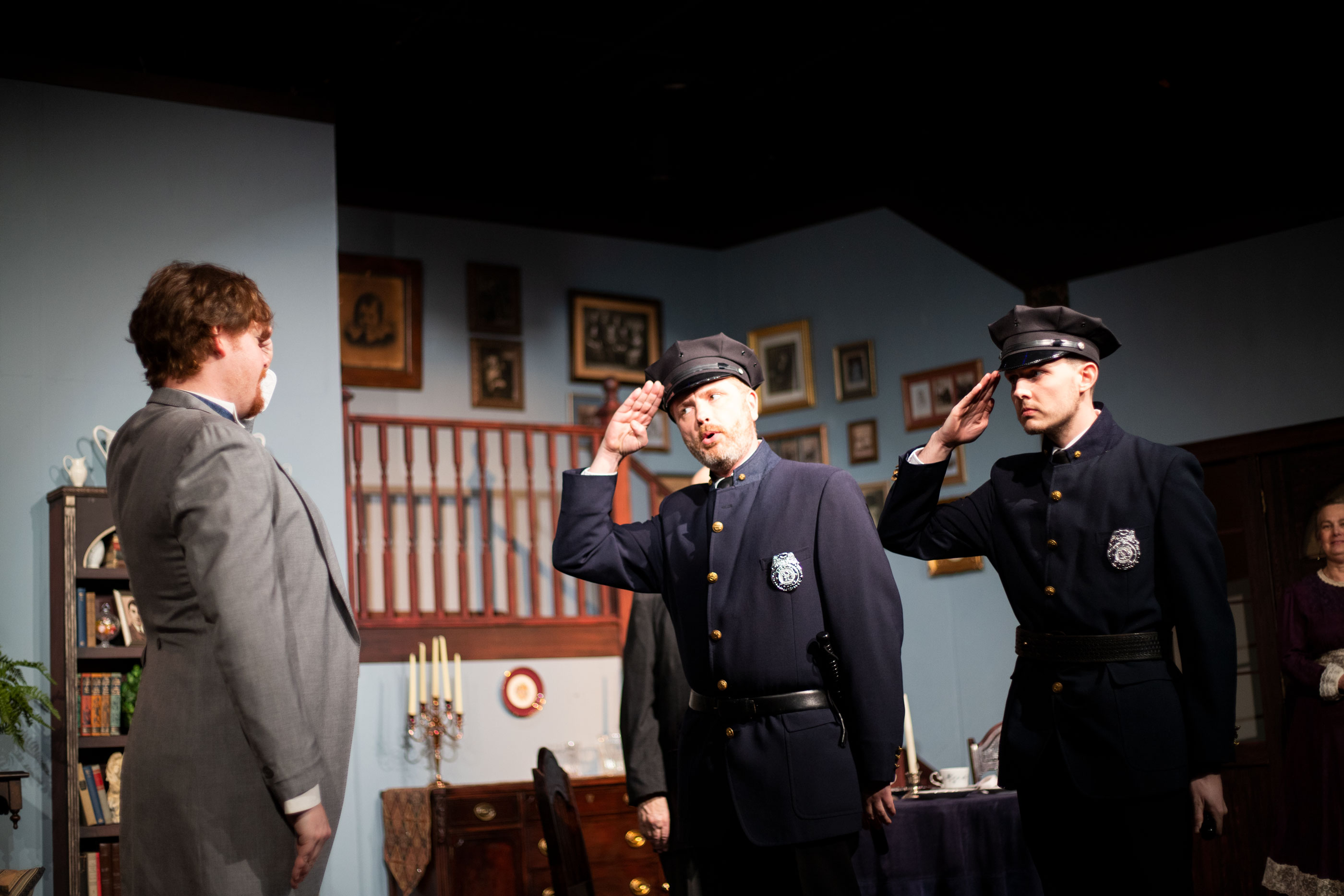 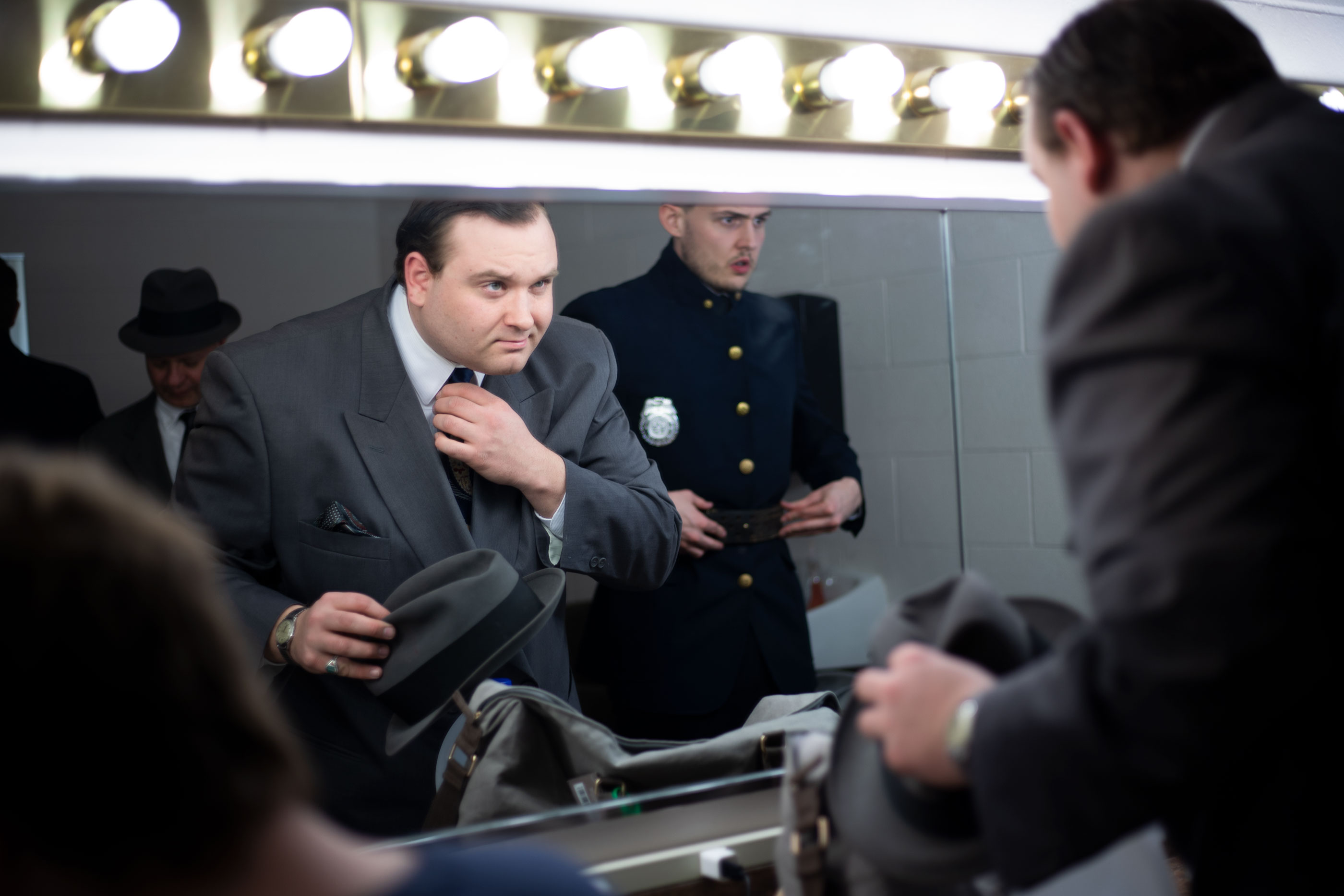 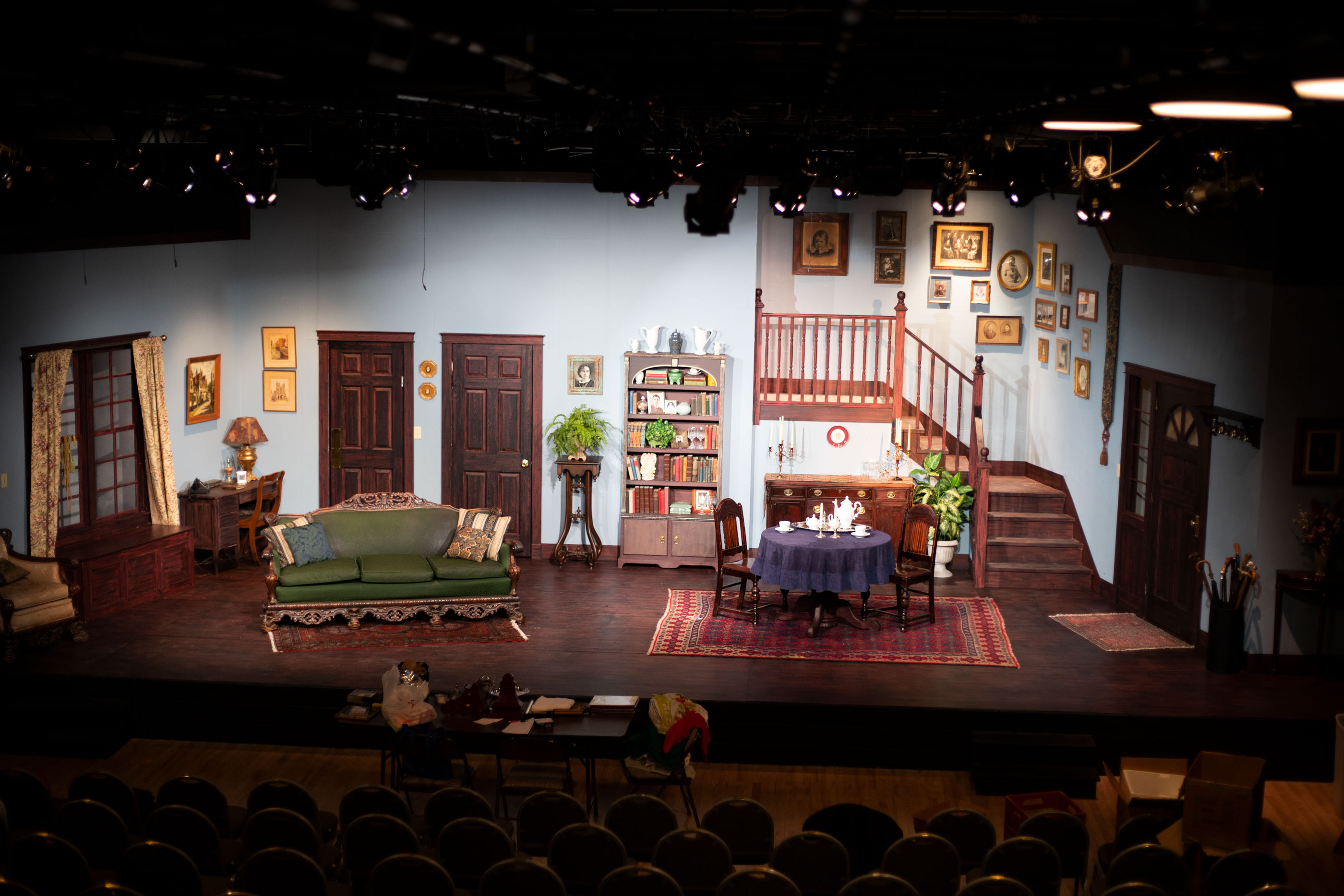 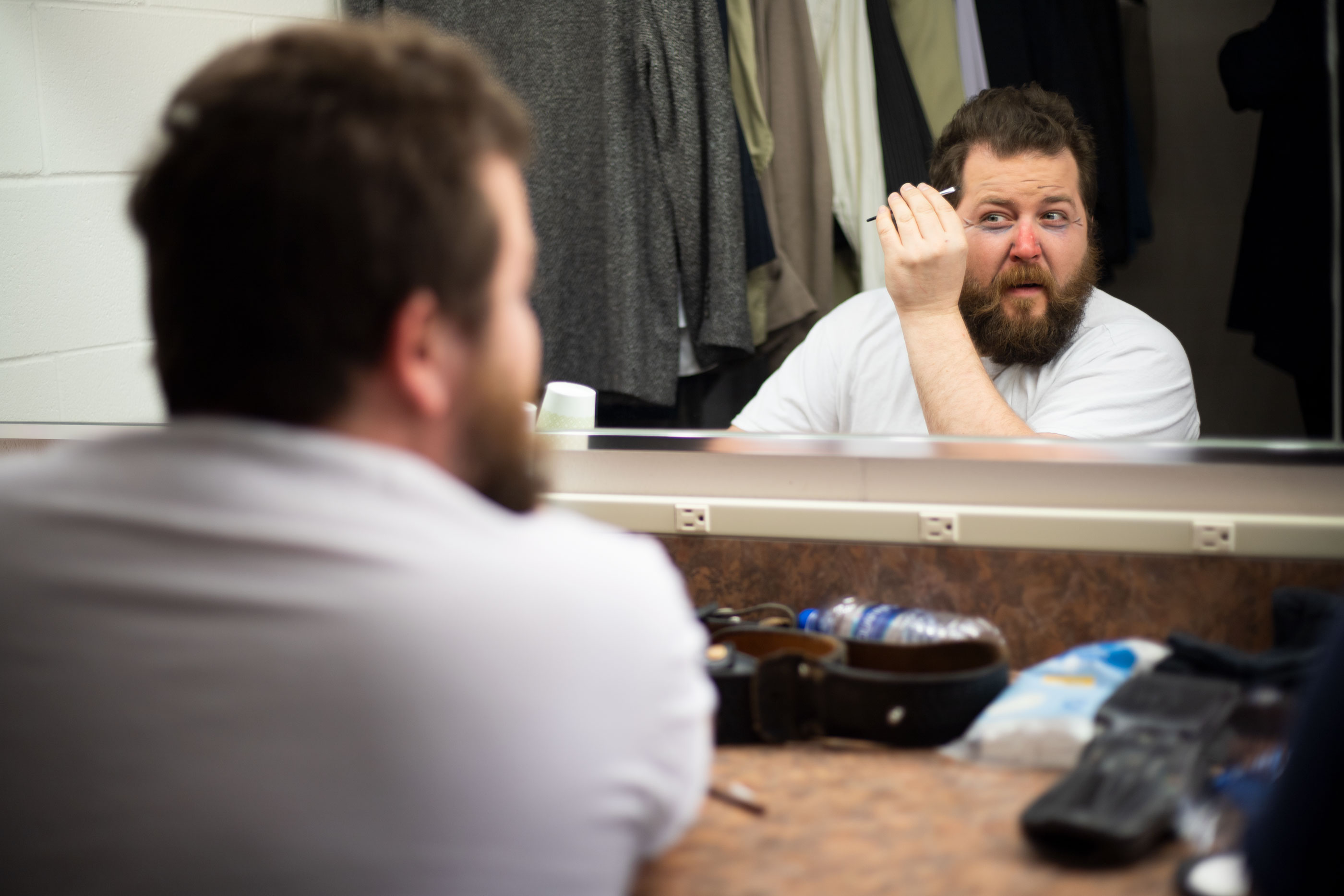 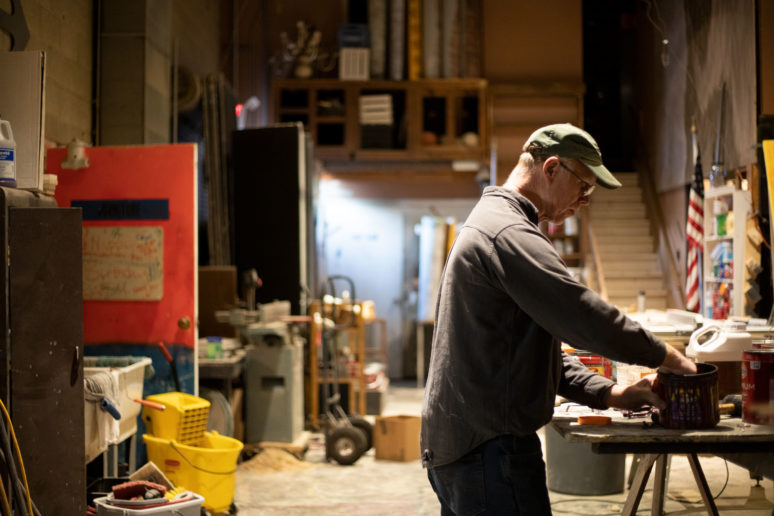 Georges is the owner of the La Cage aux Folles nightclub, which features a drag show starring his partner and love of his life, Albin. After 20 years of un-wedded bliss, they face the challenges of meeting their son Jean-Michel’s future in-laws. Jean-Michel has fallen in love with the daughter of an ultra-conservative, anti-gay politician. Georges feels compelled to pretend to have a “normal” family with Albin taking on the masculine person of “Uncle Al.” 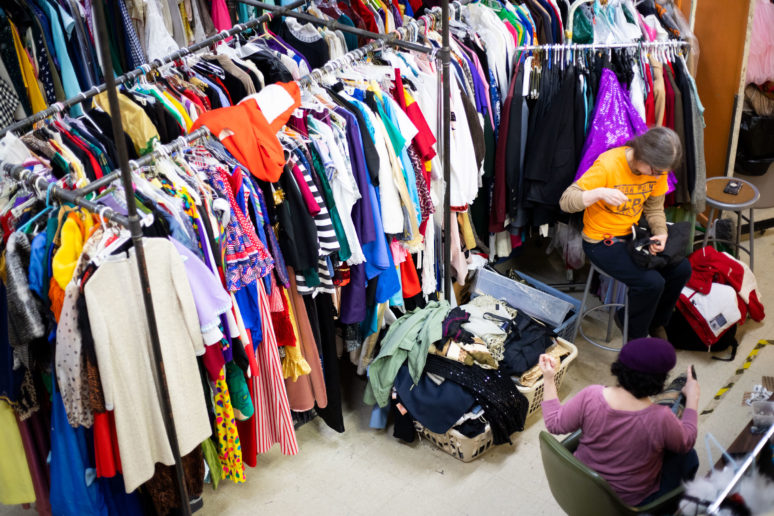 Please join The Goblin King Players and Flint Community Players for their first joint Backstage Sale! Find amazing deals on costumes, props, set pieces, vintage clothing and so much more! The cost for entry is just $1.