There are many students in the Greater Flint Area who contribute to the College Town atmosphere. This year, there were 8,937 students who enrolled to attend Mott Community College. Overall, there were 30,000 students pursuing higher education at University of Michigan-Flint, 9,000 at Baker College and 2,000 undergraduate and graduate students attending Kettering University. Adding to the College Town experience are several satellite campuses in the Greater Flint Area that offer training and opportunities to traditional and nontraditional students. My City Magazine will explore the economic impact these institutions have on the area.

The Flint campus of MSU’s College of Human Medicine opened in November 2014 in the former Flint Journal building across from the Flint Farmers’ Market, but the college itself is not new to the Flint area. MSU has a long history in Flint, says Jeffrey Dwyer, Senior Associate Dean for Innovation & Community Partnerships, adding that it was formerly based at Hurley Medical Center for over 40 years until moving downtown. “Our new campus is at a wonderful location and is a beautiful building,” he says.

The campus houses classrooms for third- and fourth-year medical students who are pursuing clinical studies. Flint is one of MSU’s six satellite College of Human Medicine clinical campuses. Nearly 100 students attended the school this year. Of the 89 overall MSU College of Human Medicine graduates, 39 came from the Flint Campus, Jeffrey reports. Currently employed are 20 facility and staff members and Jeffrey expects that number to continue to grow as it expands its research programs.

Jeffrey believes MSU College of Human Medicine is very much a contributor to Flint’s College Town atmosphere. One contribution is the medical students hosting of the Flintstone Challenge 5K Run/Walk, raising over $40,000 for the Flint Community Schools Support Fund. Students and staff work, live, and eat in the area, and also volunteer for a number of organizations such as Big Brothers Big Sisters, the Food Bank of Eastern Michigan, Red Cross and Carriage Town Ministries. “We are very excited to be a part of Flint’s growth and economic development,” says Jeffrey. “We are very proud to be part of the Flint Community.” 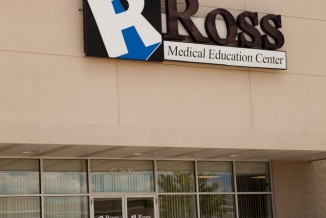 Originally named “Learning Foundations,” The Ross Medical Education Center opened in Flint in 1969, according to Julie Leibold, Campus Director. The Flint campus currently offers training in medical assistance, medical insurance billing, office administration and dental assistance training. Julie says programs at the school are short-term and designed to prepare students for entry-level allied health positions. “We average approximately 200 students throughout the year,” she says, adding that student population is also very diverse. “For the 2014-2015 year, and between our three programs, the Flint campus had over 260 graduates. The Flint campus employs 11 front-office staff, and there are 25 faculty members on staff. In addition to their academic pursuits, students at Ross participate in many community events. “We have an annual ‘Pack a Back Pack’ event, which has been very successful,” Julie reports. “This year, we connected with Three Men and a Truck for a corporate-wide ‘Movers for Moms’ drive, which benefited the local YWCA.” 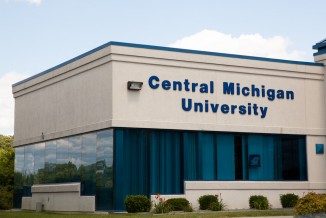 According to Karen Peterson, Program Administrator, CMU’s Global Campus in Flint provides completion programs for master’s and bachelor’s degrees, designed for the busy, non-traditional student. The school offers evening and weekend graduate courses in compressed eight-week terms. CMU in Flint is also a full-service center for online students. There are approximately 175 online students and two full-time staff on-site, as well as faculty and advisors. “CMU provides a unique college experience for its Flint area students,” says Karen. “Our programs are designed for the non-traditional student who is balancing home, work, and the many other facets of life.” CMU contributes to the College Town experience in the Flint area by providing the same services and support for the non-traditional student that a traditional-age student would experience in a campus environment.

Located in Flint Township, Northwood University is a business school that focuses on 14 different majors, some of which include Management, Accounting, and Entrepreneurship, according to Tim Lamb, Associate Director of Admissions. There are 180 students who attend the Flint school, of which 75 percent receive classroom training while 25 percent students take online classes. According to Tim, Northwood focuses on non-traditional students; the average age is 30 years old. “We try to be accommodating with scheduling,” he says. “We offer alternatives so students of any age can get a degree.” Tim believes that by allowing students of all ages to receive an education and focusing on the non-traditional student, the school offers something unique to Flint’s College Town environment.

So, what is the economic impact of the many educational institutions, colleges and universities in Flint? To answer that question, My City Magazine sat down with Mayor Dayne Walling. “Kettering University, Mott Community College and University of Michigan-Flint are all on the Top 10 list of city employers,” says the mayor. Public statistics indicate that the three schools employed a total of 5,656 people in 2014, which makes a significant impact on downtown businesses. “Faculty and staff are just as important to our economic development as the growing number of students,” he says. “They are a major part of downtown’s customer base.” All three of the institutions are investing beyond their campus borders through programs such as blight elimination and public safety. Further, the growing number of staff and students brings a major opportunity for more housing and businesses opportunities in and around Downtown Flint. “Students don’t often have the money to support the more expensive places,” says Mayor Walling, “but they are still an important customer base for the downtown businesses.” 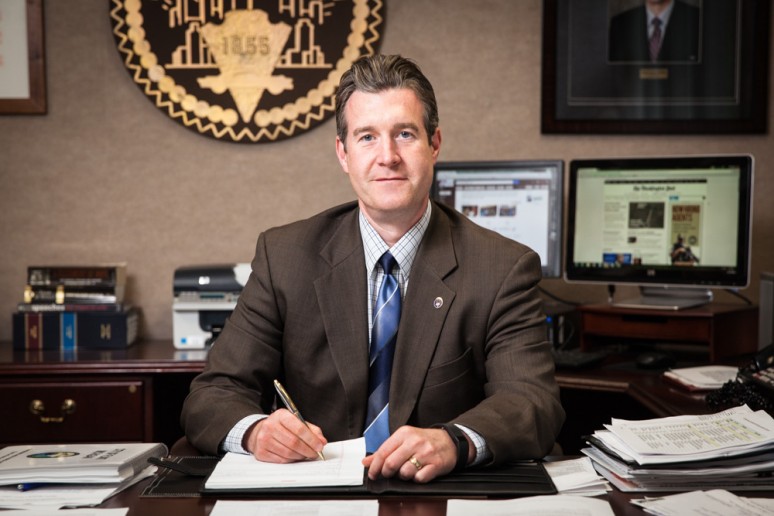 “I think of Flint as having a strong college core,” continues Mayor Walling, “but it isn’t the only thriving sector of Flint’s economy, as there continues to be a strong base in manufacturing, transportation, professional services and health care. It is, however, a growing part of our economy.” -Mayor Walling

Is there an answer to the question: “Is Flint becoming a college town?” After speaking with the leaders of the major colleges and universities and the satellite campuses that also play significant roles in education, it is clear that while Flint may not be there yet, it is well on its way. Mayor Walling acknowledged the significant economic impact the institutions have on Greater Flint. Dawn Hibbard, speaking on behalf of Mott Community College, said the College Town culture is still developing, but growing. And there was no question in the mind of UM-Flint Chancellor, Susan Borrego, that Flint is a college town, with 30,000 students pursuing higher education there. She also acknowledged that there is more to be done and they’ve yet to reach the full potential of the number of students in the community, but are working to improve that. Baker College of Flint President, Wen Hemingway, MBA, CTP, noted that Flint is certainly a hub of high quality and diverse post-secondary education options and that the institutions fill an important niche in the community. Dr. Robert McMahon, President of Kettering University, said that major cities worldwide would love to have just one college or university of the caliber that exists in Flint. There is no doubt the College Town culture in the Vehicle City is thriving – and will continue to grow.