Anthony Dirrell will always treasure his moments spent with the “The Greatest.”

That’s the moniker given to Muhammad Ali, the three-time World Heavyweight Champion and one of the most endearing sports figures of all time. As Anthony and his brother, Andre, were beginning their professional boxing careers, they met with Ali at his home in Berrien Springs, MI, shortly after Andre won a boxing bronze medal at the 2004 Olympic Games.

The meeting was arranged by one of Ali’s oldest friends – the brothers’ grandfather, Leon Lawson – who worked out and sparred with Ali when both men were teens growing up in Louisville, KY. He has also guided his grandsons’ careers since both were in grade school.

The fact that Ali’s body and speech has been slowed by Parkinson’s disease did nothing to lessen the impact of the visit. “My grandfather and Ali have kept in touch over the years through everything and we knew about their connection and heard stories about Ali, but it was still pretty shocking to actually be in his presence,” Anthony recalled. “He couldn’t do much talking, but we still learned a lot and I know he understood everything we were trying to say. It was thrilling.” 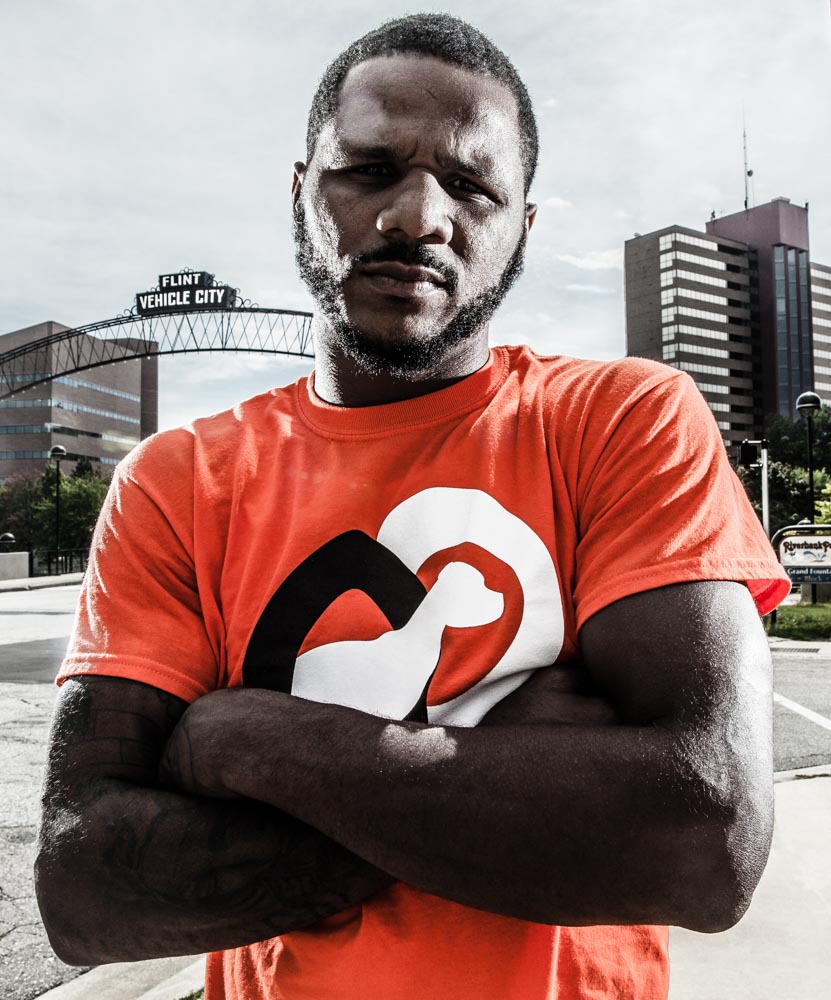 While there is only one “Greatest,” Anthony Dirrell hopes that people who meet him can one day say they were in the presence of one of the greats.

Dirrell is well on his way to achieving that goal with a promising boxing career. After overcoming enough setbacks to fill a lifetime, the 29-year-old became a world champion on August 16 when he out-muscled Sakio Bika to capture the WBC Cruiserweight title via unanimous decision. “Winning a world title meant so much for me and my family that it’s hard to describe how incredible it was,” Dirrell said. “It was amazing to have my grandfather and Andre there when the decision was announced. Grandpa has been training me since I was nine years old and could see potential in me. He always felt this was going to happen, which made it even more exciting when it did.”

Dirrell remains unbeaten, improving his record to 27 wins, no defeats and one draw, including 22 knockouts. He joins former IBF and WBO Heavyweight Champion Chris Byrd as the only two Flint fighters to don major championship belts. “I’ve been through a lot to get to this point, but it’s only the beginning,” Dirrell said. “My goal now is to become one of the all-time greats.” In reality, he has already proven his greatness by winning unexpected battles life has thrown at him and by handling a bitterly disappointing end to his first attempt at a world title with maturity and fortitude. 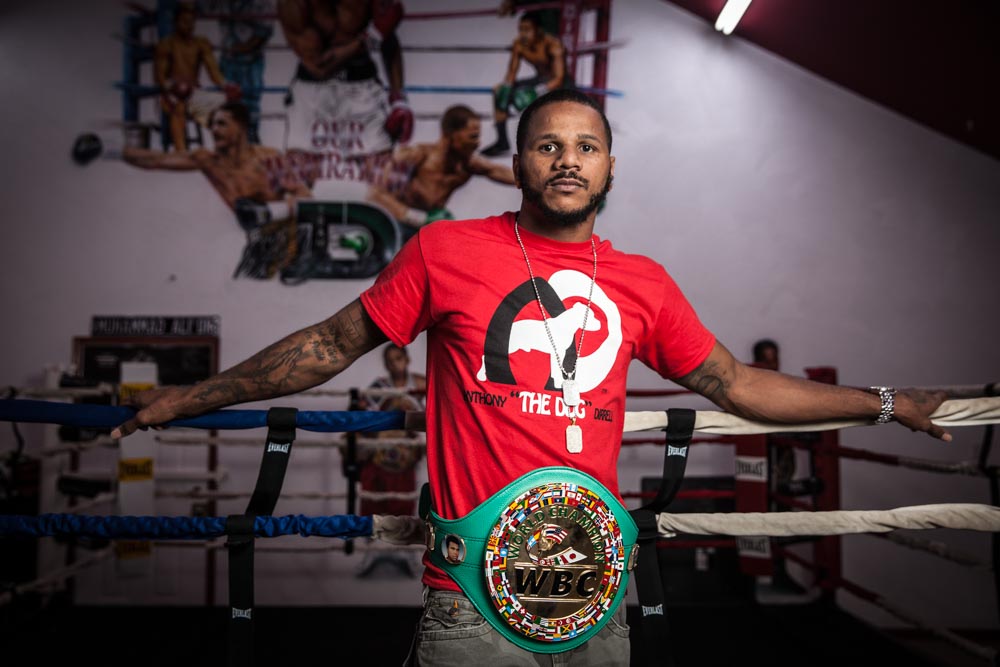 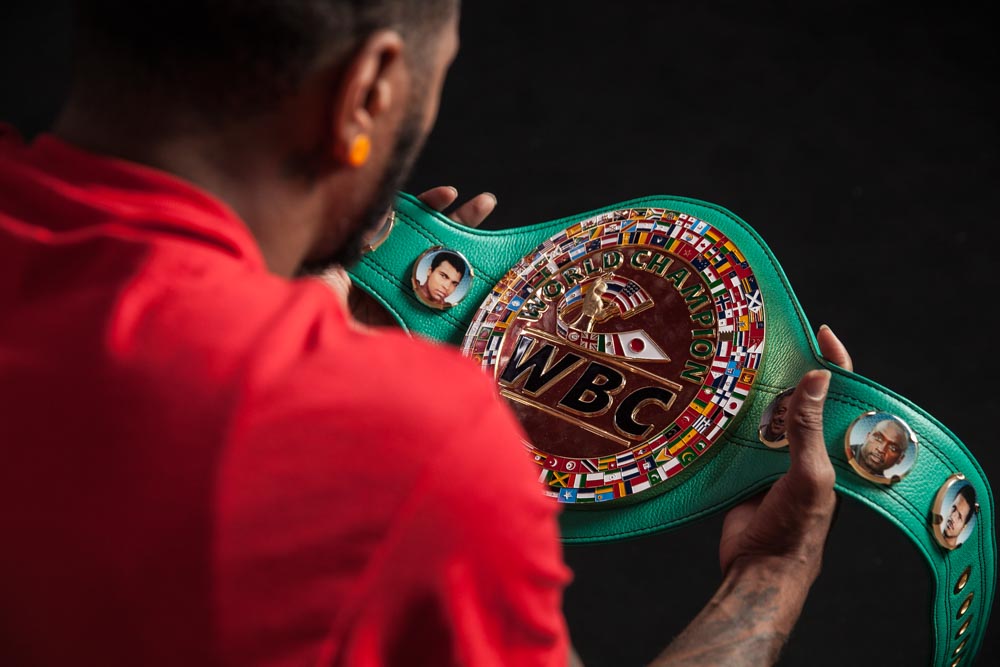 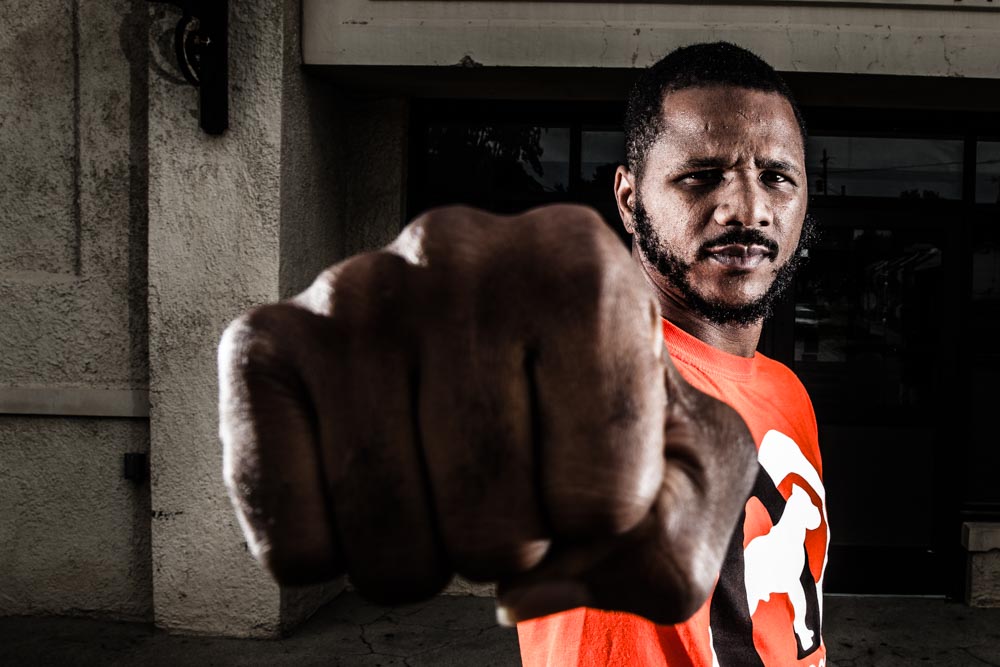 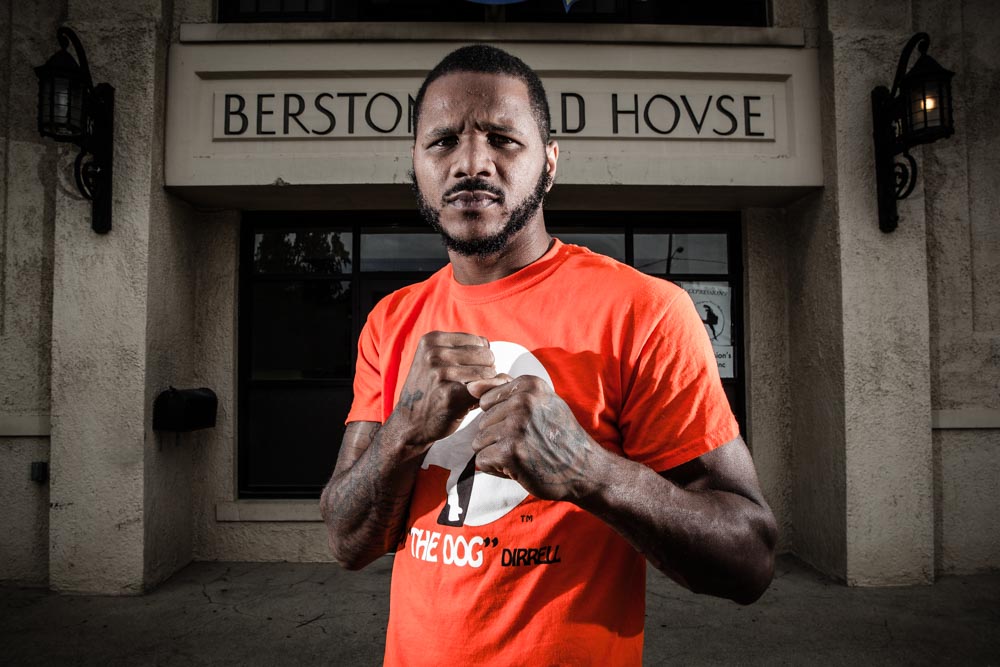 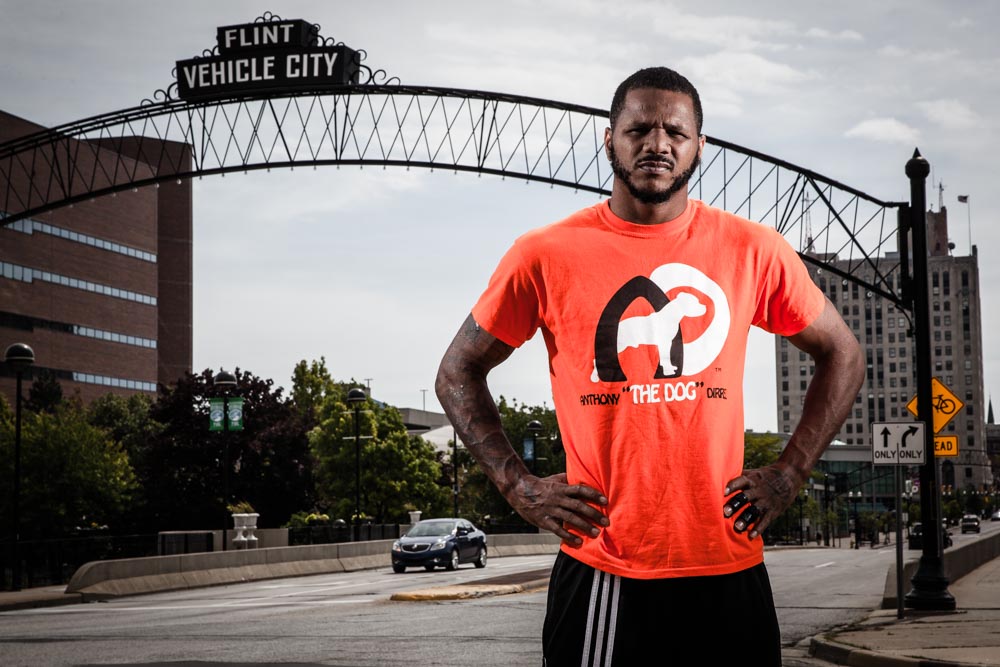 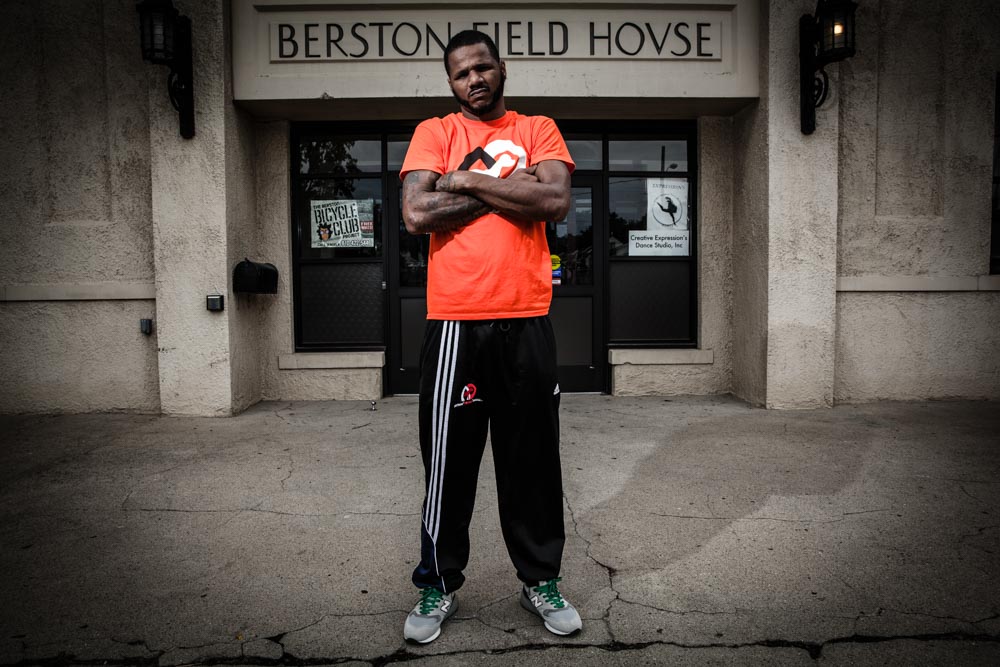 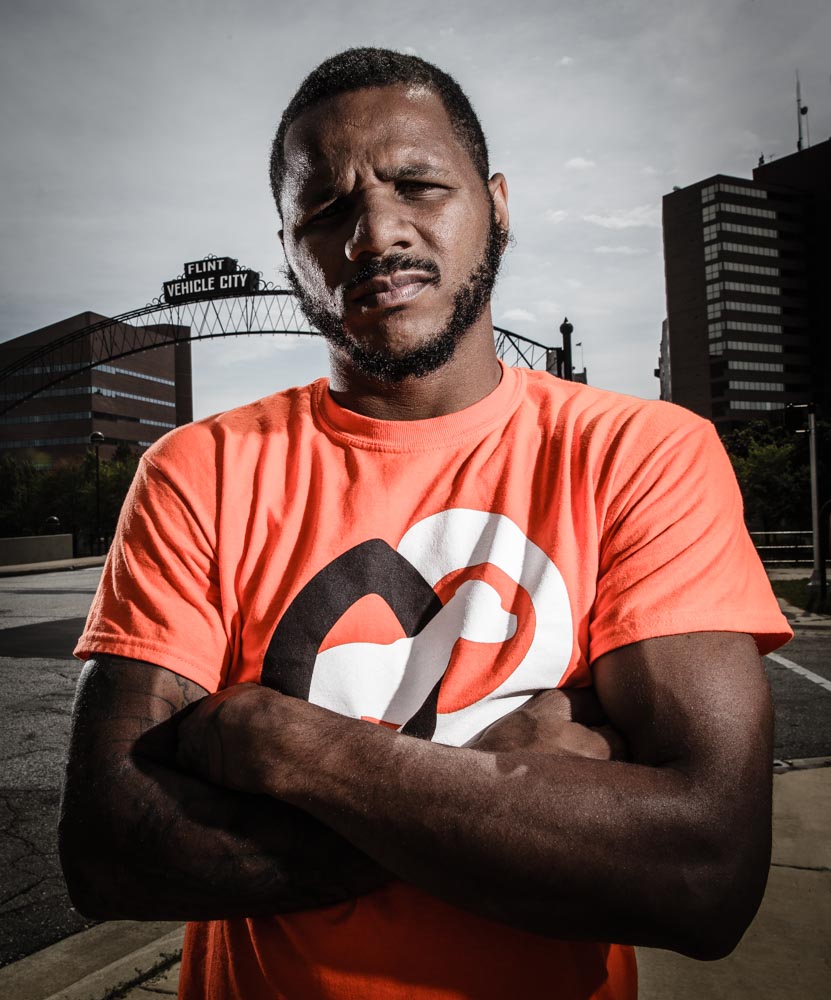 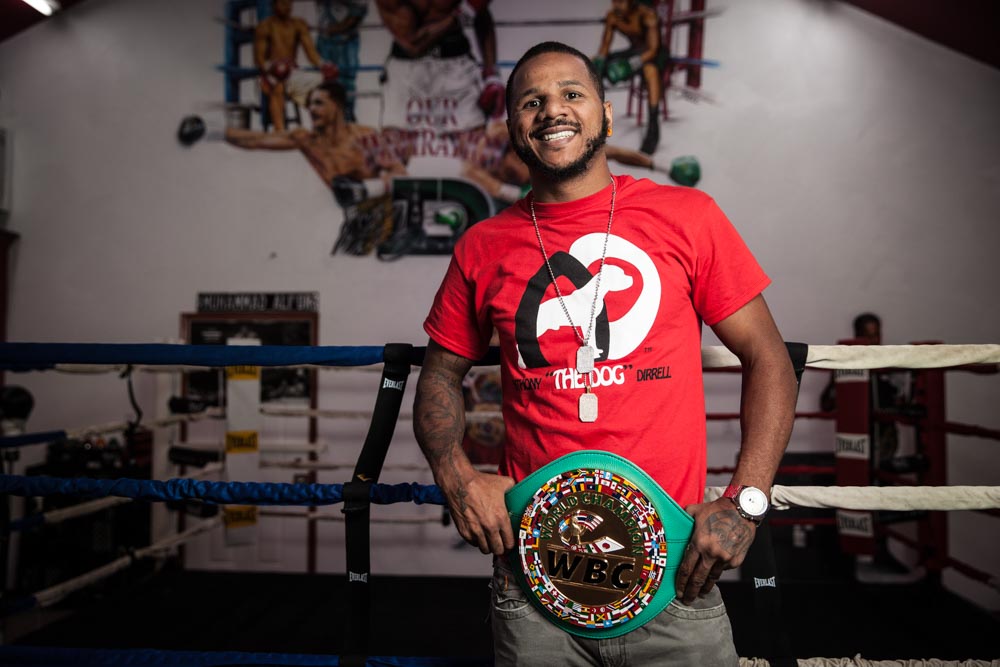 Dirrell’s long pursuit of a championship began at age nine when his grandfather introduced him to the sport of boxing. Anthony and the ring were a natural fit. “I just remember seeing my brother and other family members having fun boxing, so I wanted to try it,” he said. “It just clicked instantly.” After posting a 192-10 record as an amateur, he turned pro in January, 2005 and tore through his first 12 opponents, knocking out all but one of them.

Nobody who climbed into the ring to face Dirrell slowed him down, but something else soon did. In early 2007, as he was training in Las Vegas for a fight, Anthony began experiencing pain in his upper body. His doctor discovered a tumor in the middle of his chest, and he was diagnosed with non-Hodgkin’s lymphoma. Opting not to have the tumor surgically removed, he underwent chemotherapy, which ravaged his body. Weak and nauseous, boxing was no longer on Anthony’s mind as he fought the disease. “Really, I never thought much about boxing once I started the cancer treatments because my only focus had to be on getting better,” he said. “That had to happen before I could think about boxing again. There were times when I wanted to quit, but my family didn’t let me. Their laughter, smiles and encouragement saw me through cancer and I’ll always be grateful.”

After 22 months, Dirrell finally returned to the ring with a unanimous-decision win. “I worked really hard to prepare for that first fight back,” he said, “but it was tough and I could tell I was not yet at full strength. I got through it, though, and was on my way again.”

Until another setback, that is.

In May of 2012, Dirrell was enjoying a motorcycle ride through the streets of Flint when he slammed into a car. He was detoured onto another long road to recovery following a four-hour surgery to treat a broken left leg and fractured hand. “Motorcycle riding is something I like to do and accidents happen,” he said. “All I could do at that point was deal with it.” Dirrell was forced into another hiatus, this time for one year, before he returned with a unanimous-decision victory. After stopping his next foe in three rounds, he was awarded a long-awaited title shot against Sakio Bika in December, 2013.
The bout was the most difficult of his career, but when the final bell rang, Dirrell expected his hand to be raised in victory. Instead, the fight was declared a draw. One judge scored it in favor of Dirrell, another in Bika’s favor, and the third scored the bout even. The outcome of the draw was Bika’s retention of his title as champion. “I felt I beat him, but it wasn’t the first time somebody was robbed in boxing and it won’t be the last,” he reflected on the result.

While their first meeting was ambivalent, there was little doubt in his rematch against Bika nine months later. All three judges scored the fight for Dirrell. “This time, we really worked on being the stronger fighter and sticking with my game plan the whole way,” he said. “I know now that I would have won the first fight if I had done that.”