“We wanted to create a cool and unique office space
that brings energy into the environment.”
Bryce Moe, Managing Director at SkyPoint

The current entrepreneurial network in Flint undoubtedly inspires local organizations and businesses to get involved. Stemming from Phil and Jocelyn Hagerman’s idea, SkyPoint Ventures’ new project, The Ferris Wheel, is a co-working space and innovation zone for professionals, freelancers and startups looking for a place to conveniently set up shop and be part of that network. 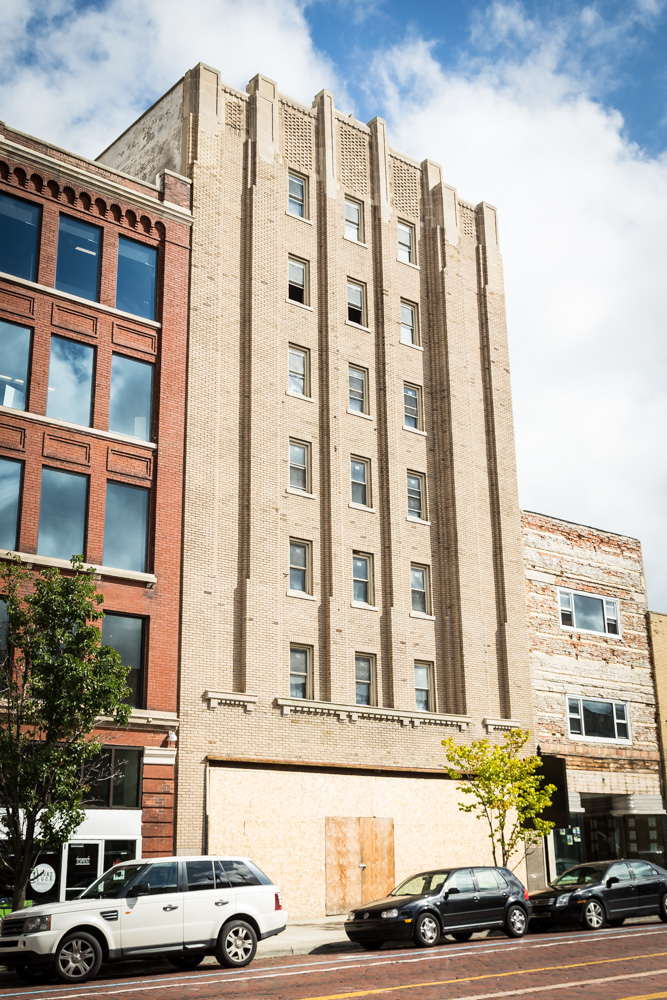 The building chosen to house the upcoming innovation zone was once home to the Ferris Bros. Fur Company, located on Saginaw Street in Downtown Flint; it is now undergoing a complete renovation expected to be completed in the spring of 2017. SkyPoint Ventures has taken on this exciting project and plans to incorporate many other partners. To design the space, SkyPoint is working with John Gazall of Gazall, Lewis & Associates and Shannon Easter White of FUNchitecture, LLC.

The seven-story Ferris building was constructed in the early 1930s and has about 40,000 square feet of useable space. SkyPoint envisions a layout that is flexible and comfortable to optimize productivity and encourage collaboration. Their intent is to create an environment where they are able to listen to the ecosystem, and adjust to meet any needs of the people in Flint.

Every decision is intentional and every space will be functional; for example, they hope to incorporate the old elevator doors into the design, along with the original silk wall coverings that feature peacock embellishments, and they plan to create an indoor bike rack on the ground floor.

SkyPoint Ventures acquired the Dryden Building and the Ferris Building at the same time and at first, did not have a plan for either one. Dryden was built in 1902 – a classic, turn-of-the-century design with brick and steel – whereas, the Ferris design is art-deco. They have found as they began to convert the Ferris Building to commercial space, its original architecture is very beneficial, each floor having a very similar layout.

“We didn’t know what we were going to do with the building, but we knew we wanted to do something transformational,” says Bryce Moe, Managing Director at SkyPoint. “We wanted to create a cool and unique office space that brings energy into the environment. We are completely leased out; we built it, and people came. And I think that’s significant for us, but also for Flint. If you do it and do it right, people are going to show interest.” 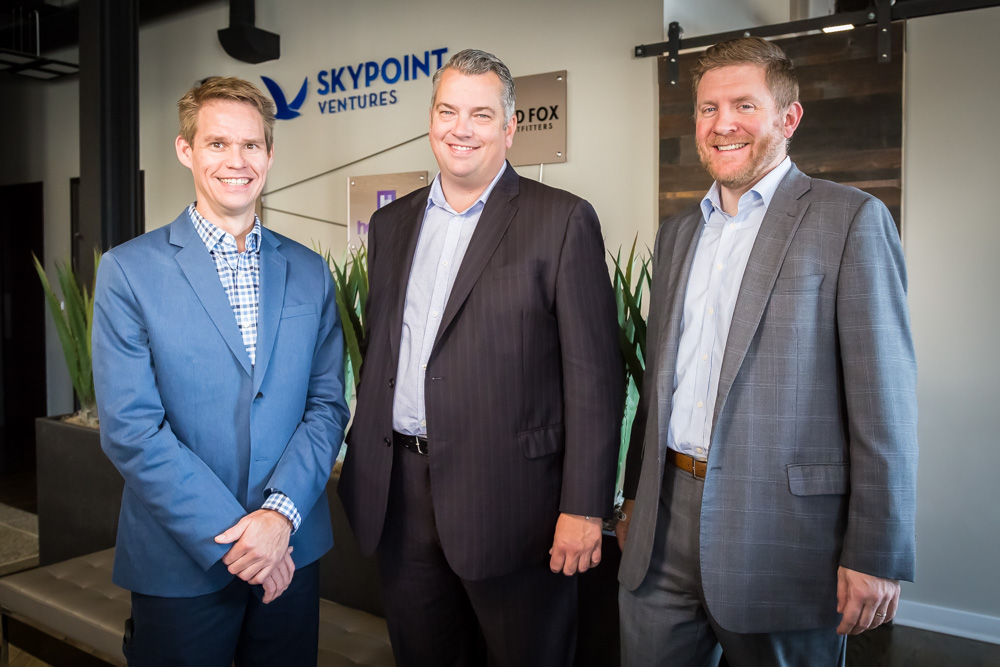 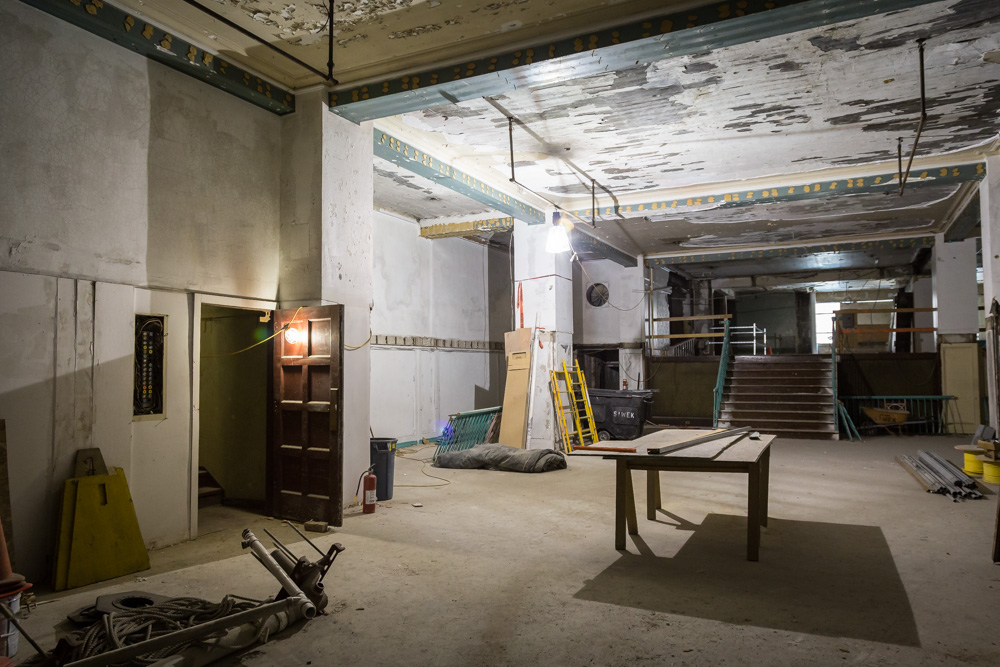 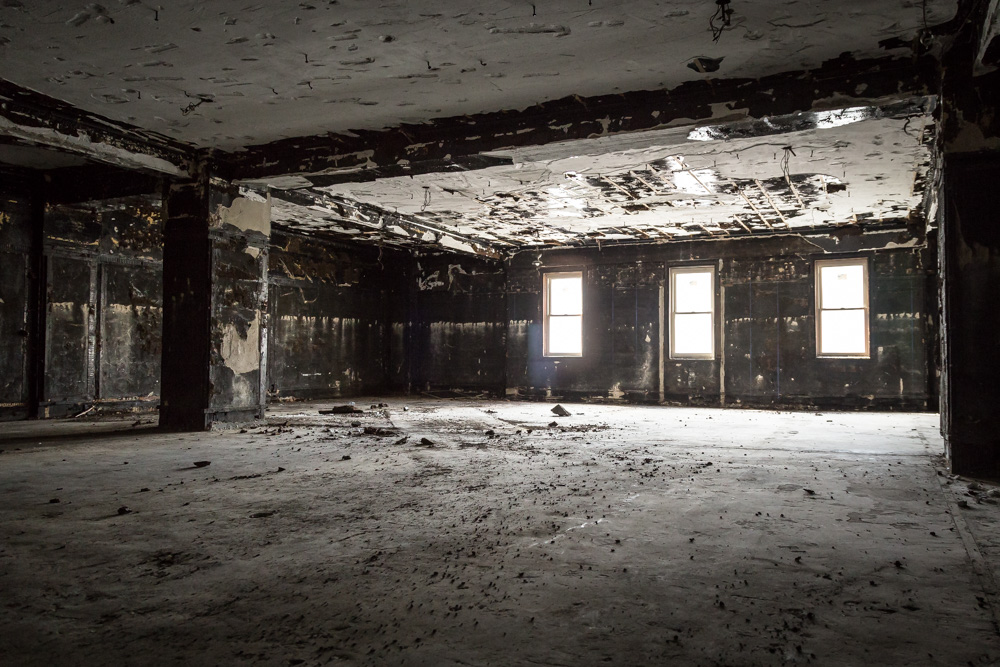 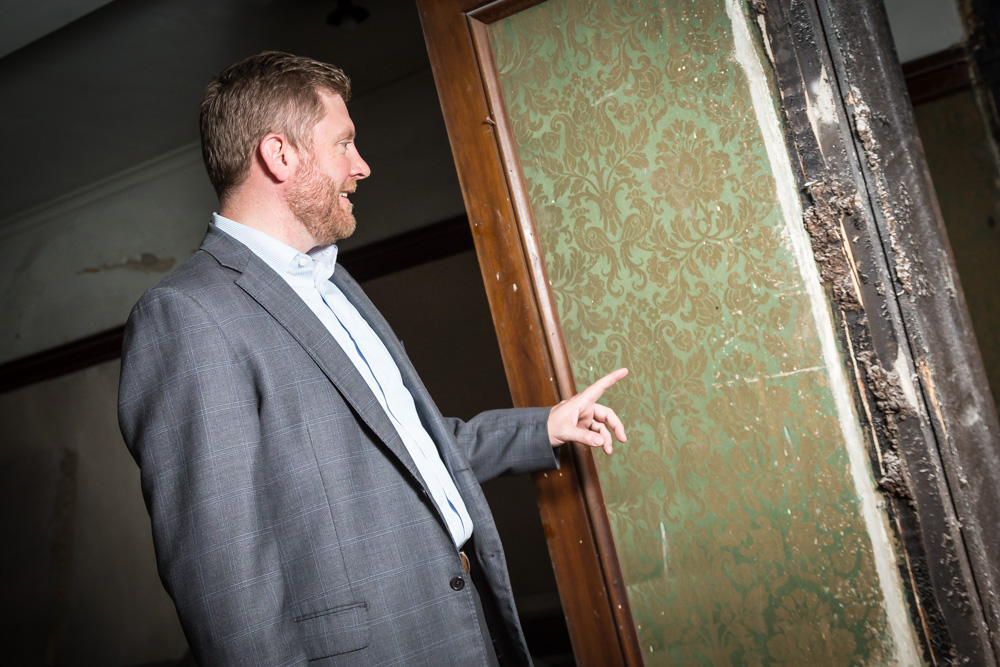 “What surprised me is how many people who come to Downtown Flint have never been here before and are really surprised and excited by the fabric of the Downtown; the architecture, the vibe, the energy,” says Peter Hughes, Director of Real Estate. “The long list of assets we have are central, important bones of the city. Flint is a lot more than the Downtown area, but it has struck me over the past year and a half that people come here and see things that they don’t expect. It’s a great opportunity to build on that momentum.”

“The City of Flint is about to pivot in a direction, economically, that it has never been before,” adds Moe. “There has been resurgence in the automotive and manufacturing industries, and I think we’re pivoting from that. SkyPoint is looking to continue that momentum by bringing in the tech and entrepreneurial elements.”

The Ferris Wheel will eventually accommodate about 500 people with three different levels of membership. They are marketing to everyone, but intend to include local university students.

“Millennials have a different perspective,” says David Ollila, VP of Innovation, adding that he believes a student can go to school and work on a business idea. “Picking one thing to do is a fallacy,” he continues. “We want to support students’ ideas and bring them in to start engaging. Our goal would be that by having the facility, you start a culture of change where entrepreneurism and innovation are choices, not someone telling you whether your idea is successful or not. Our goal is no ‘nos’ – only next steps.”

The innovation hub will guide members where appropriate, making sure they create the best product possible – a concept that one would not find in Silicon Valley, for example. “If we were only looking at $300 million deals, then we wouldn’t be doing what is right for Flint,” says Ollila. “We have to tune that to our market.”

National and international brands have expressed interest in utilizing desk space at the Ferris Wheel, as it is not exclusive to startups. Additionally, they are networking with the rest of the Southeast Michigan region, wanting to be complementary in their objectives and support the larger ecosystem.

“We’re going to have a whole spectrum of programming that will support these innovative and entrepreneurial activities, from grassroots to ultra-sophisticated,” says Bryce Moe. “You can participate in this even if you’re outside of that area. It’s a collaboration – a cross-pollination of ideas, experiences and perspectives.”

The Ferris Wheel will be a mixed-use space for young and seasoned professionals, various ages and experiences, many perspectives and many fields of interest, where they can express ideas and cultivate plans to help make their community better and keep bringing people to the area to play, work and live.

“It’s such an exciting time for Downtown and the community of Flint,” Moe shares. “We’re very glad to be part of it.”