It’s that time of year again! Training groups are working hard to prepare for Flint’s premier event, the HAP Crim Festival of Races, which is in its 41st year and will take place August 25-26. And, according to Race Director Andy Younger, it is, once again, on track to nearly reach the historic number of participants from last year – an anniversary year – with about 15,000 runners expected to hit the bricks of Saginaw Street. “We’re pretty excited about it,” he says.

There are many faces of the Crim, according to the race director. “It isn’t just an important international race,” Younger reports, “it’s an event the community is proud of and experiences together. And that’s our goal right now – to make sure that happens.”

Decisions made about the race are based on what’s best for the community, and it’s also about making it an event that everyone can enjoy. “It’s all about inclusion,” Younger says. The faces of Crim include not only the international-level racers, Michigan racers and walkers and racers from all over, it includes people at any fitness level. “It’s a wonderful thing – a collective, shared experience,” Younger adds. “And each participant is equally important to us.” A new runner who is celebrating his or her first victory crossing that 10-mile finish line for the first time is just as important as the overall winner. “That is so huge! Younger exclaims. “We’re so honored to see someone ‘s first race at the Crim – running or walking. That is exactly why we exist.” 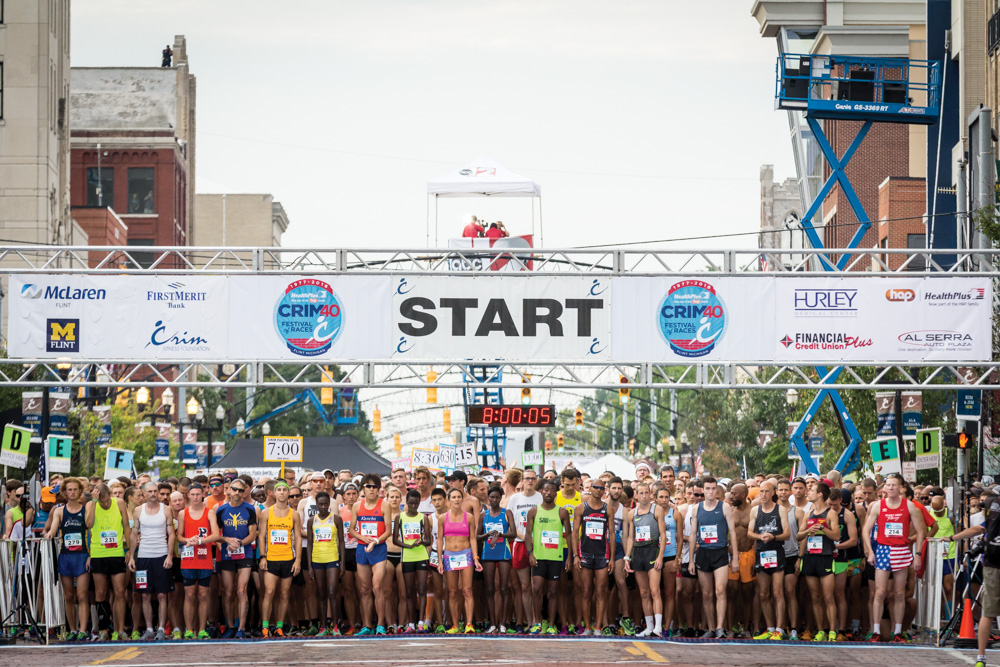 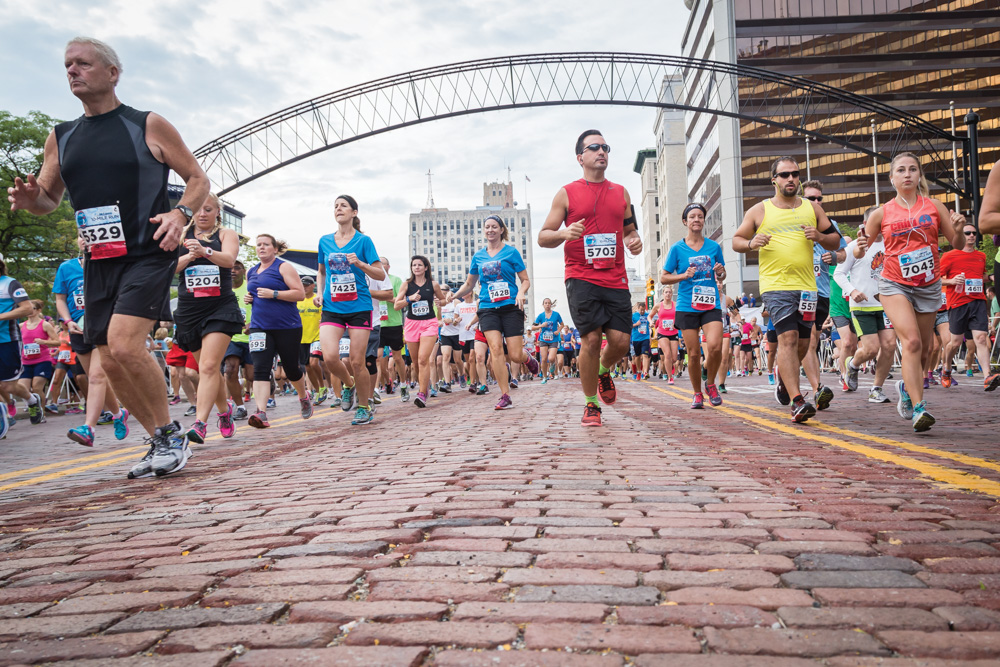 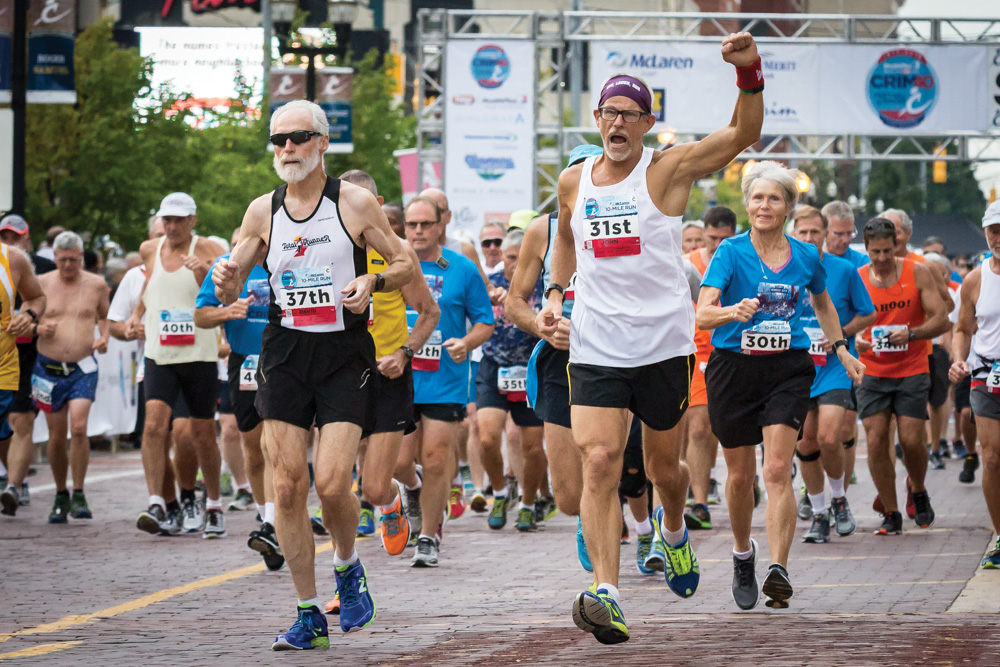 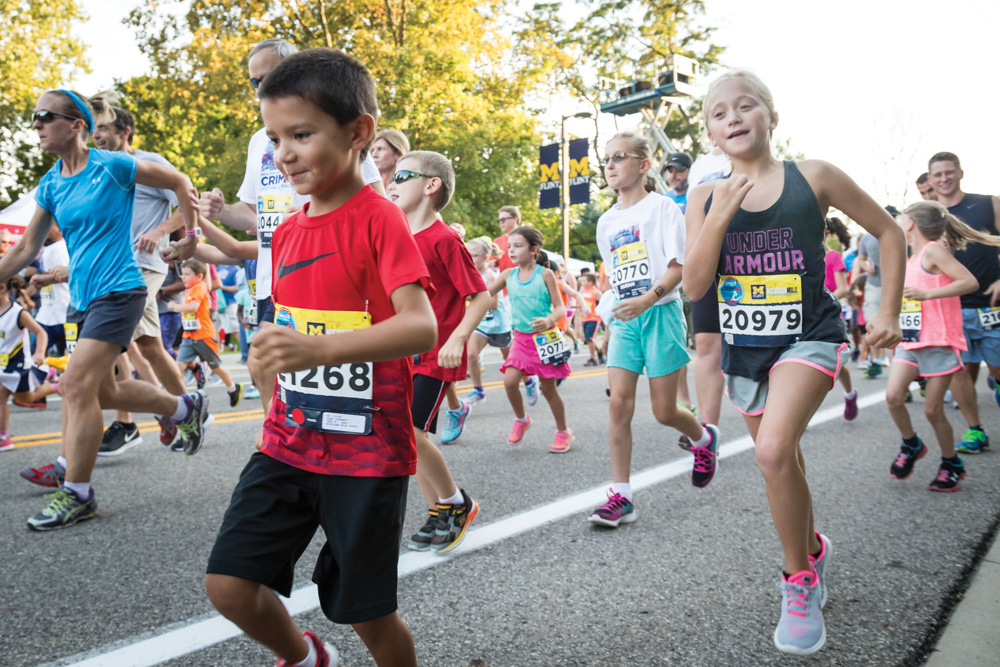 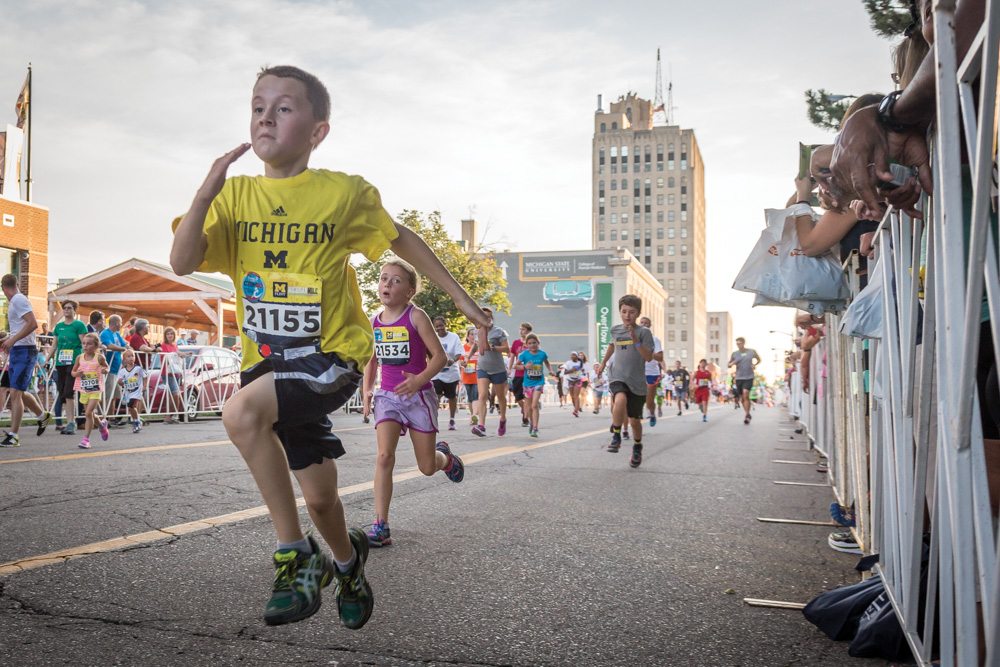 Last year, the Crim organization allocated $40,000 of previously earmarked race dollars to go to scholarships for Flint residents who otherwise may not have been able to participate in the race. “We were really proud that we were able to engage more people in the race,” Younger says. A survey was completed after last year’s race to determine the best use of the prize purse for this year. From that survey, they had made some exciting additions. “Not only are we bringing back a 10-Mile race prize purse that is once again attracting the world’s best racers, we’re also adding a new 10-Mile race purse exclusively for Michigan residents,” Younger explains. “It’s designed to ensure that we attract Michigan’s best racers, while recognizing and celebrating the immense talent that our state has. We see this as the next step in keeping the Crim as Michigan’s premier long-distance race – the race of the summer.” 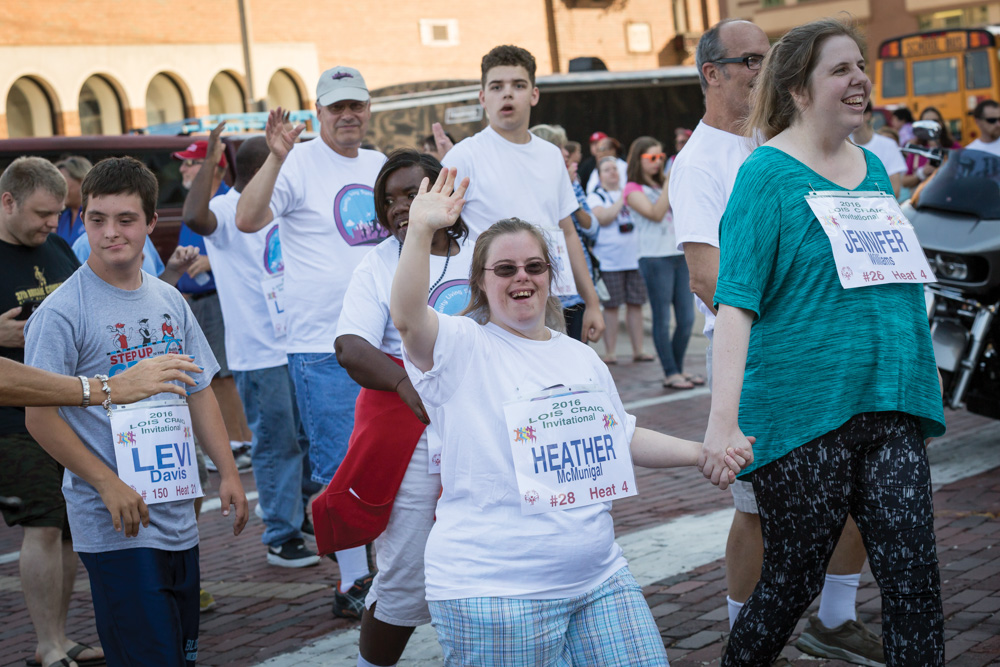 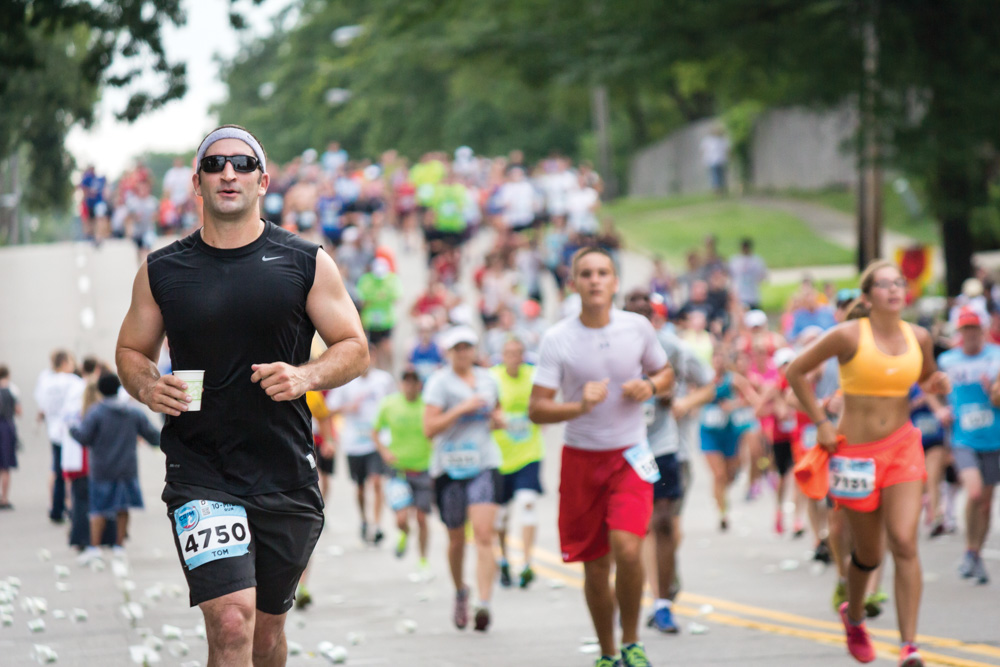 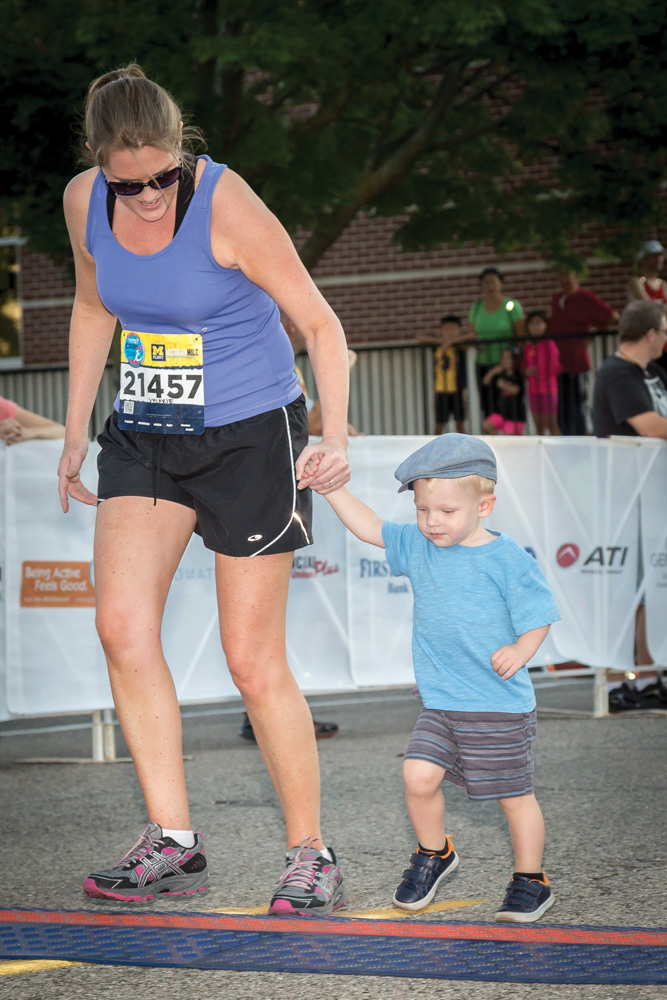 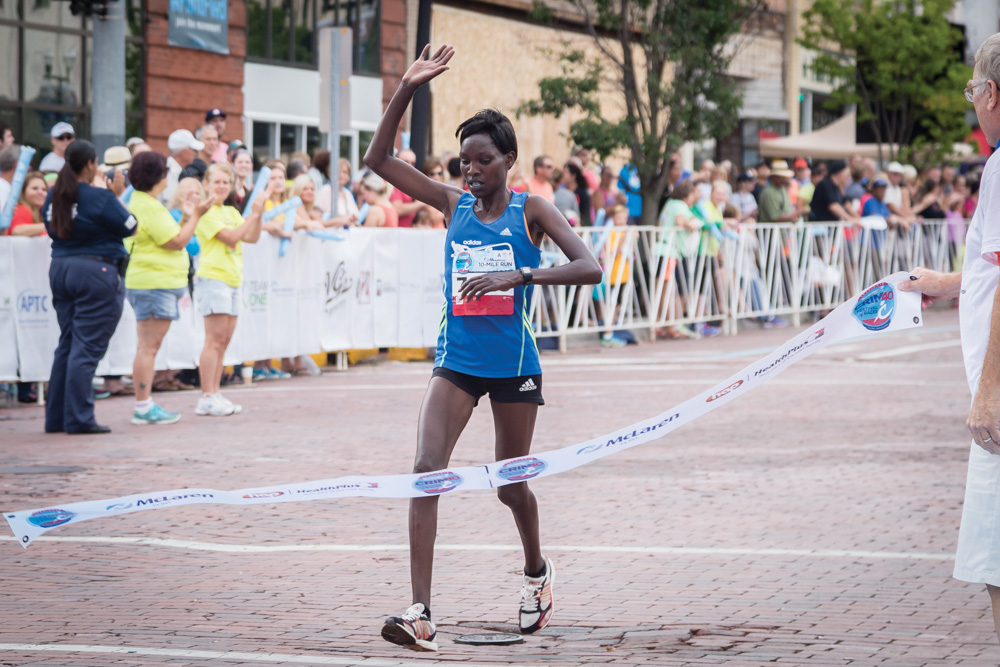 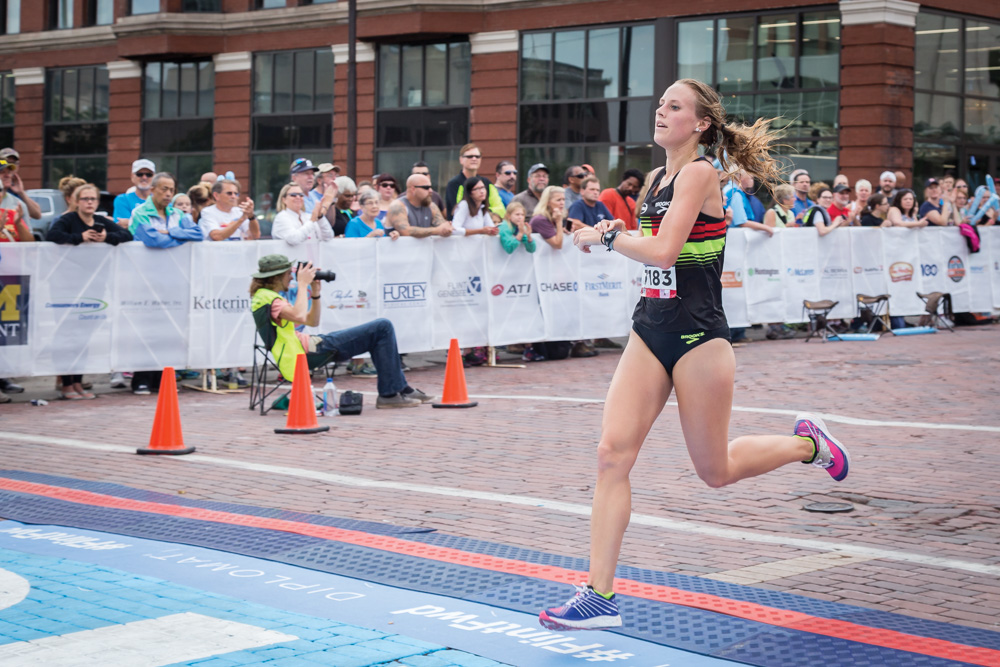 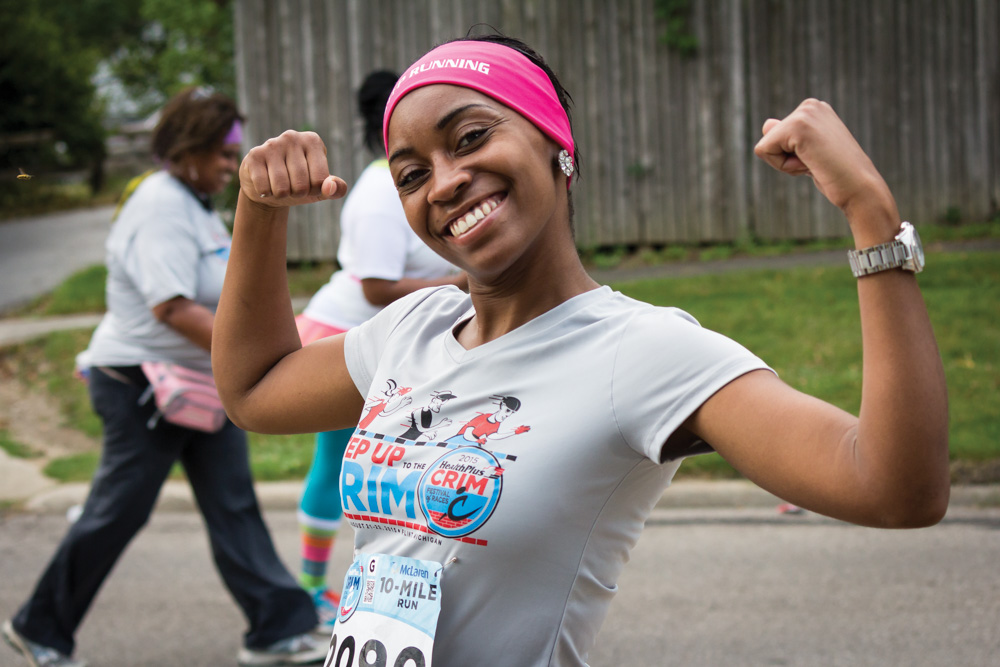 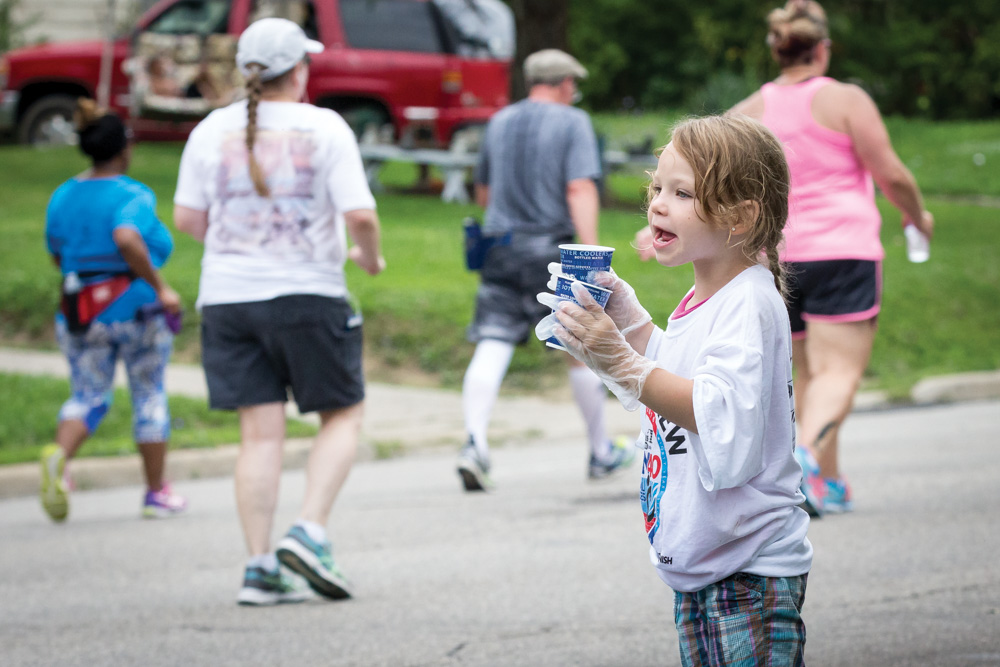 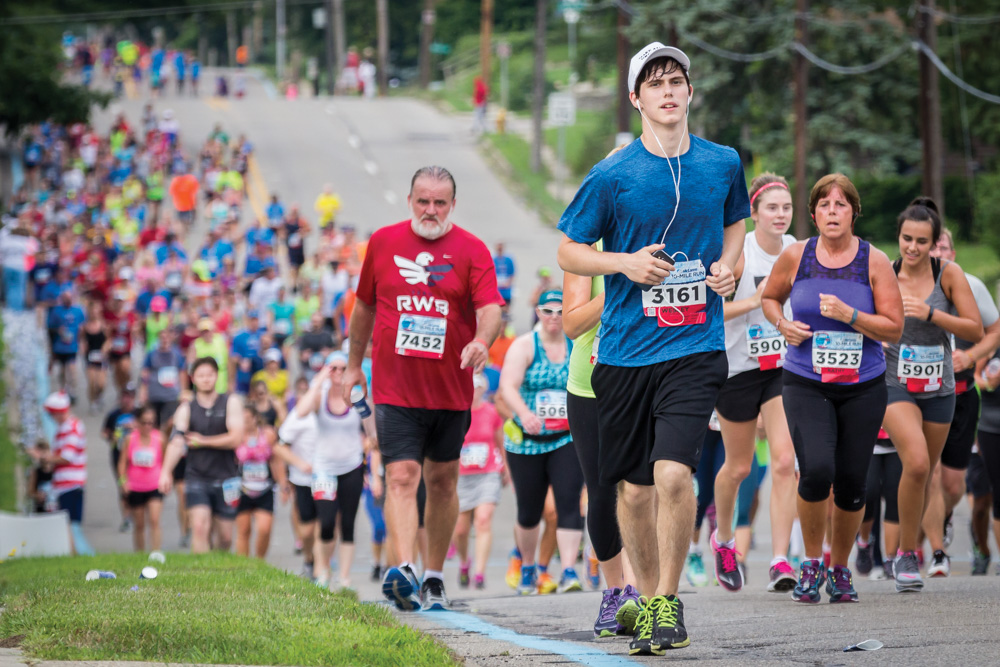 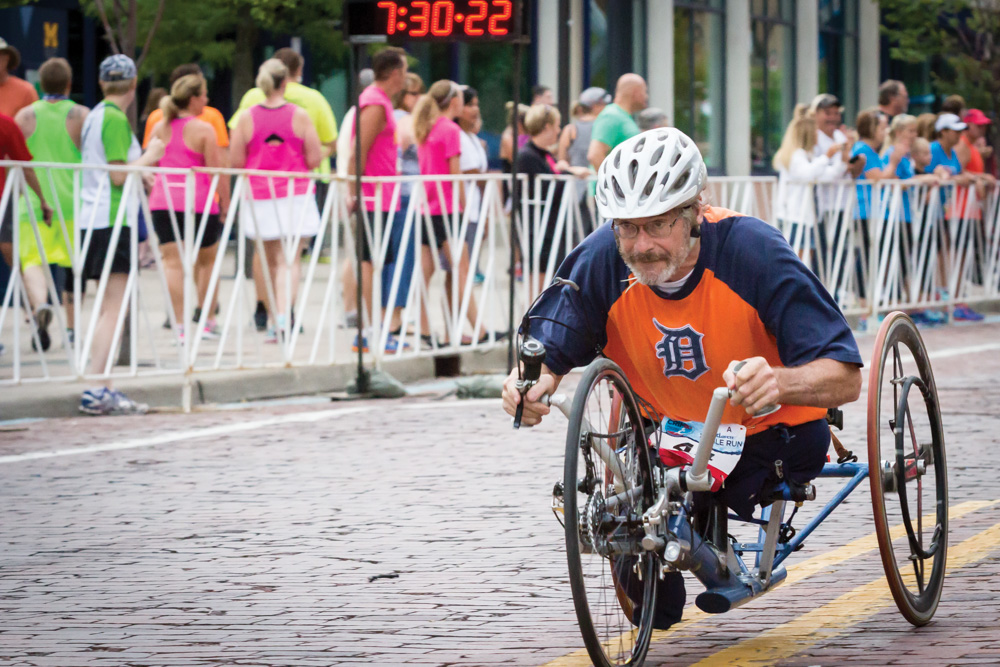 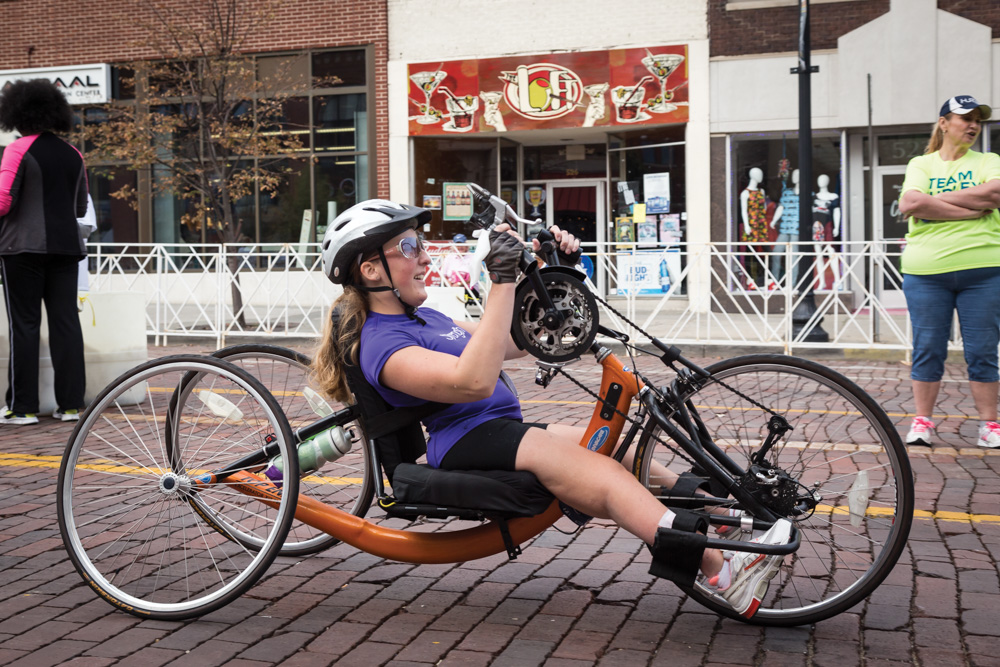 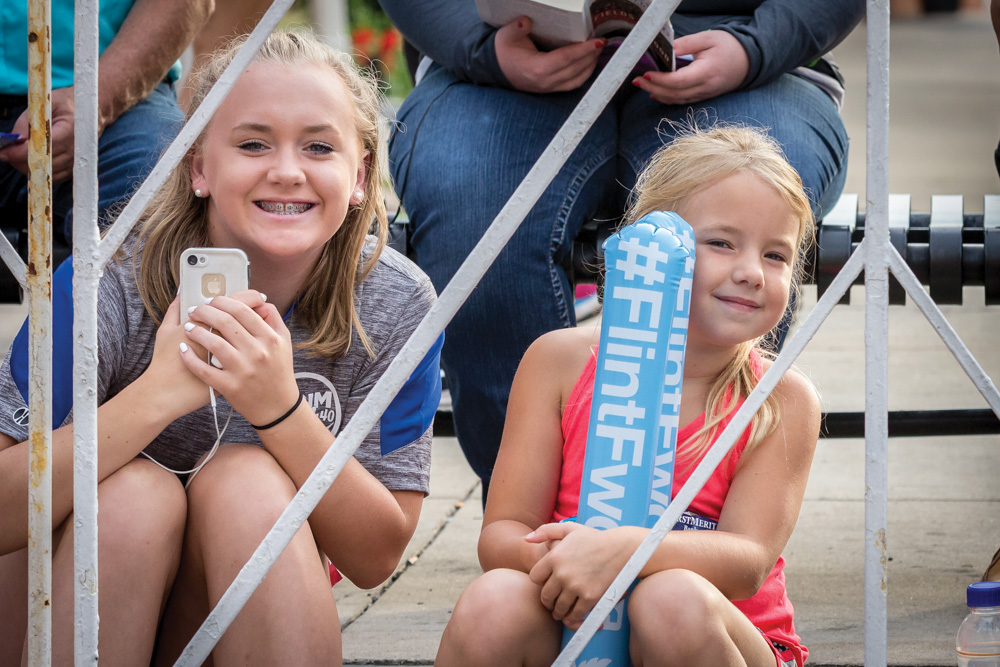 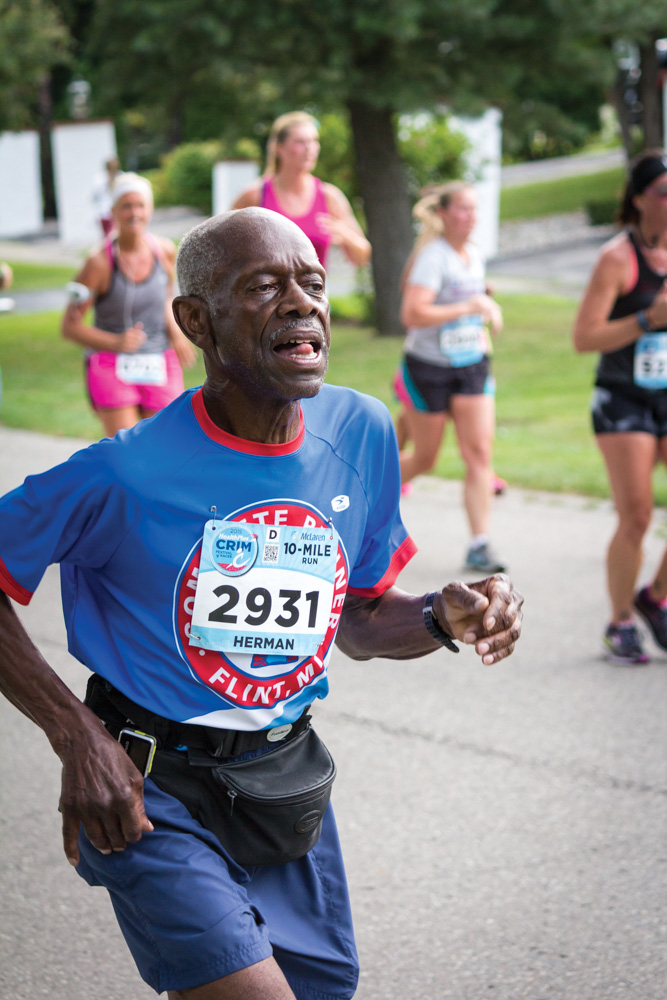 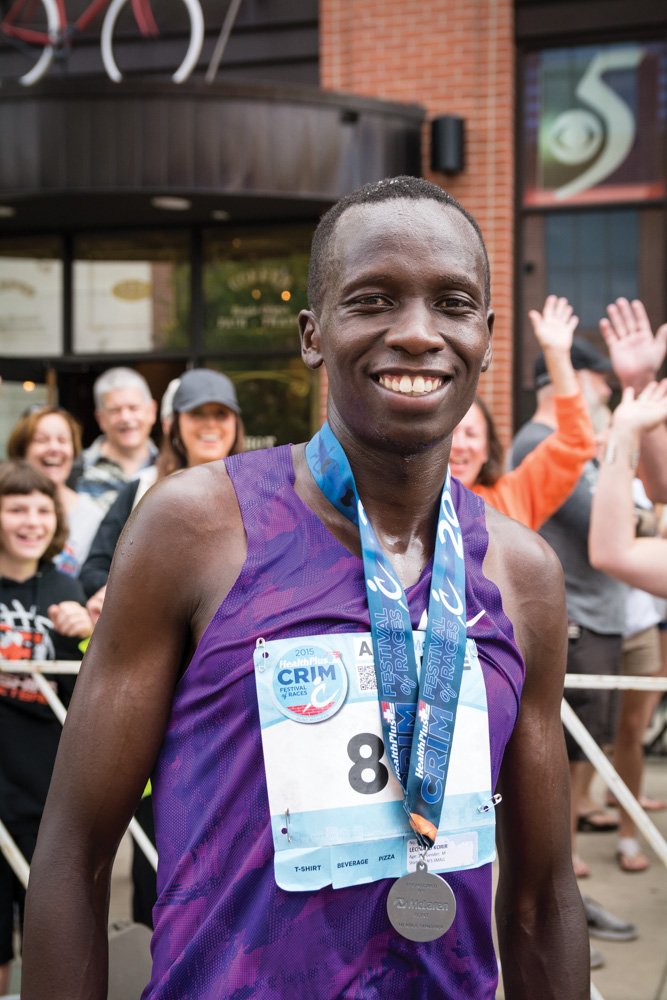 There will also be a fun, new competitive element this year – the Crim Campus Challenge, presented by Meijer. When participants register, they can choose to add a bib to wear that bears the logo of a local college campus: UM-Flint, Michigan State University, Mott Community College or Kettering University. Racers can wear the extra bib on their back and represent their school while they’re racing, the race director explains. After the race, the school that has the best average age-division place will be recognized, as well as the school that had the highest participation. After covering the cost of the bib, the remainder of the $5 add-on fee will go to a fund of that university’s choice.

Younger is looking forward to the 2017 HAP Crim Festival of Races. “We’re keeping the momentum going in a positive direction!”

This year, the 10-Mile and 1-Mile courses have been revised to accommodate the River Restoration Project that is underway along UM-Flint campus. The change to the 10-Mile course only affects the first two miles, and the temporary re-route will ensure that everyone has a good experience during those first two miles. To minimize risk of bottlenecks and slow-downs, the corral sizes are reduced by half and the number of waves are doubled. According to contacts at Consumers Energy, the River Restoration Project should be done by the fall. “Pending that completion, we anticipate that in 2018, we should be able to resume the course that we’ve run from 2013-2016,” reports Andy Younger, Race Director. “We think the new 1-mile course may actually be a significant improvement, and after assessing how this year’s participants like the change, it may become permanent.”
Photography by Eric Dutro