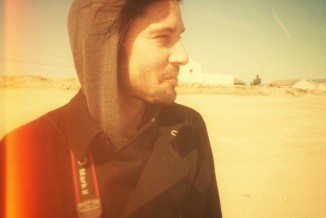 Balancing his work between California and New York City these days, Eric Ogden never lost his Midwestern roots. Born and raised in Flint and a 1990 graduate of Flint Central High School, Eric’s career after graduating from the University of Michigan quickly evolved into a combination of photographer, film director and artist. His professional portfolio includes stunning portraits of top celebrities and movie stars, emotion-provoking landscapes and figures, and photographs in ads for several major news and sports networks and magazines. His work has appeared in The New Yorker, Vanity Fair, Esquire, The Wall Street Journal Magazine, Time, Newsweek, Rolling Stone, Glamour, The Hollywood Reporter and many others. He’s currently putting the final touches on a visual memoir of Flint, which he hopes to have published. My City Magazine spent some time talking with Eric about his success and the impact that Flint had on him as he pursued his passion for the visual arts and found his voice as a photographer.

“Most people try to make sense of whatever they’re looking at. They try to draw a conclusion and figure out what is happening. I try to leave that open.” 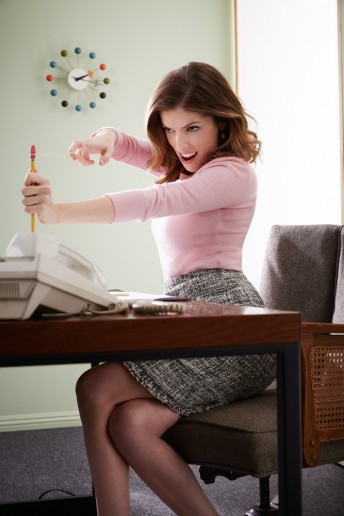 MCM: How did you first become interested in photography?

EO: I went to art school at University of Michigan in Ann Arbor and got my BFA degree. I took a photography class in my sophomore year. It paralleled filmmaking and I had a lot of experience with that. It felt like a new world to explore.

MCM: How do you feel growing up in Flint shaped the person you are now?

EO: It definitely helped shape me. The FIA was a really great resource for me. I took classes in life drawing, sculpture and clay, but interestingly enough, not photography. I took a drawing class at FIA through Mott Community College while I was in high school at Flint Central. Some of my high school teachers were supportive and influential for me. One of them was my art teacher Mr. Gleason. He was very affable and he connected with the kids really well. For a bunch of us, he saw that art was our passion. He would let us do our own thing to create art, and he’d tell us about contests.

There’s something about growing up in Flint that is gritty and makes you resilient like you can deal with any of life’s adversities. It was interesting – when I got to college, it was the first time I had interacted with people from a lot of different backgrounds. I always had a lot of stories that seemed to surprise people. I took a lot of pride in my Flint roots – it was like a badge of honor. Whenever I meet people from Michigan now, there’s always a lot of that kind of camaraderie. 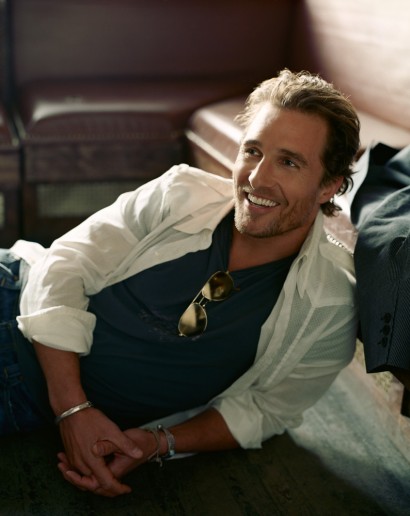 MCM: What is your fondest memory of Flint?

EO: Definitely going to some of the parks when I was younger, and going to the Capitol Theatre to see the punk shows downtown was really fun. I also liked driving out to the lakes with my friends and going sailing with my dad.

I had a tight group of friends growing up and we always found things to do. While I was still in high school, I got really interested in making movies and doing special effects. Then it grew into wanting to direct films. My friends and I had a VHS camera and we’d run around the city making these films. We used our own neighborhood or our houses and we really explored Flint. We’d find construction sites and old buildings and all this stuff. It was very imaginative – the city was like our set. Sometimes, we incorporated random strangers into a scene and asked them to say something; people were okay with it. We would edit the movies later and add music.

MCM: You work in New York and California – which do you prefer? 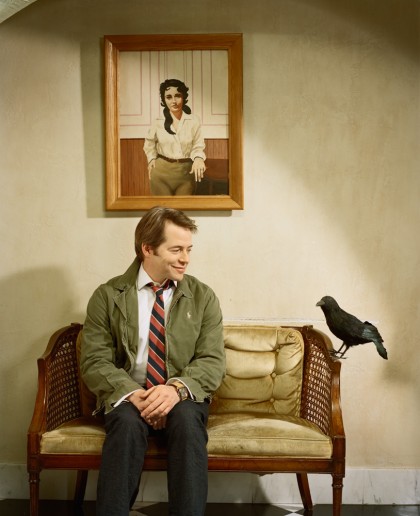 MCM: How often do you get back to Flint?

EO: My family moved to upstate New York a number of years ago. The last time I was in Flint was in the summer of 2011. In 2005, I started working on a book about a ten-year period of my life growing up in Flint. It’s become like a visual memoir told through photographs, text and some personal documents like old letters and drawings.

EO: I hadn’t been there in ten years. I just started taking photographs all over the place and after that, I felt like I was ready to publish a book. But I kept going back to Flint and changing how I’d go about taking photographs. I didn’t know the story I wanted to tell. When I figured it out, I realized it was going to be personal – I didn’t want to be another photographer shooting pictures of another abandoned building in the city. Detroit was getting a lot of that kind of publicity at the time, too. It’s a valid story, but I turned the camera on myself instead.

MCM: Do you have a favorite portrait that you’ve taken?

EO: That’s tough for me to decide. There are celebrities and there is my personal work. The work I really like crosses over all the categories.

MCM: How do you typically approach a portrait shoot?

EO: It depends on the assignment. Sometimes I have total freedom. Other times, there’s a context where someone is in a certain place and doing a certain thing, and I’m working with a photo editor and collaborating with other people. Other times I’m just making it up as I go.

MCM: Do you have any future projects in the Flint area?

EO: Not at this time. I could be going back this summer or next year. I’d love to create a short film in Flint.
MCM: How has the digital age affected your work and creativity?

EO: The digital revolution has changed the music industry and publishing in so many ways. In terms of creating a work, it’s exciting because I have more tools available to me. People get a lot of their media online and artists have the means to create work and distribute it online. That’s amazing. I love it – now, I can finally combine film, video, photography, storytelling and music. 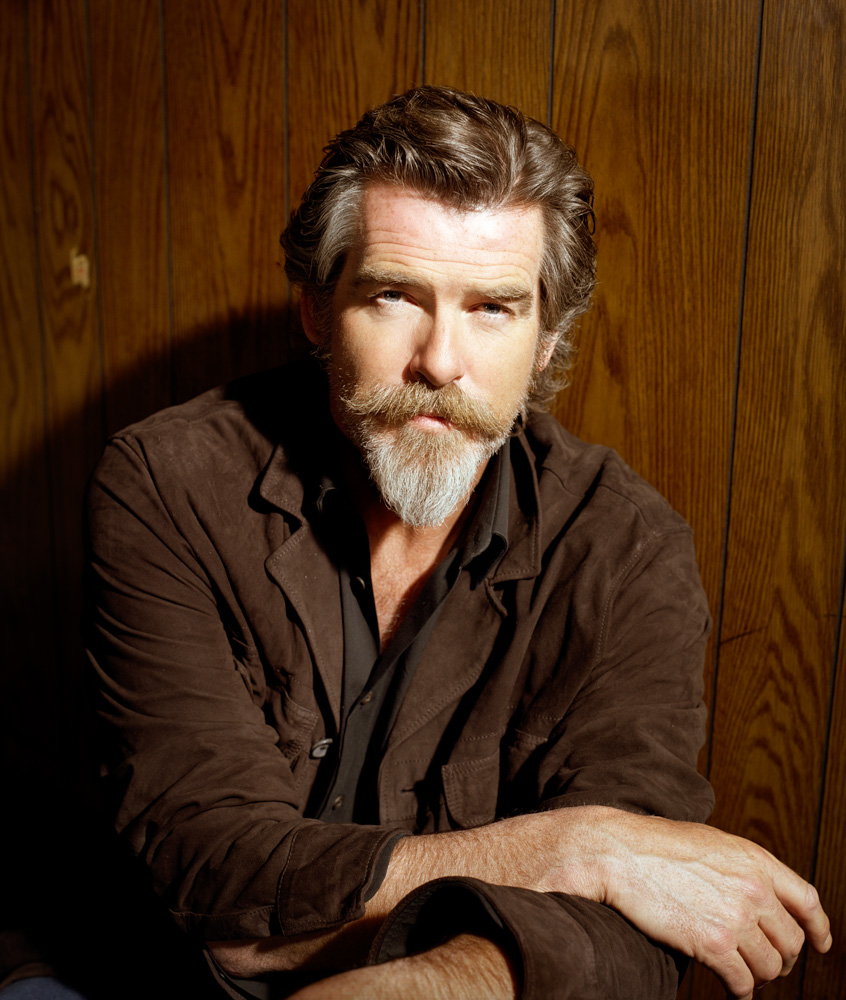 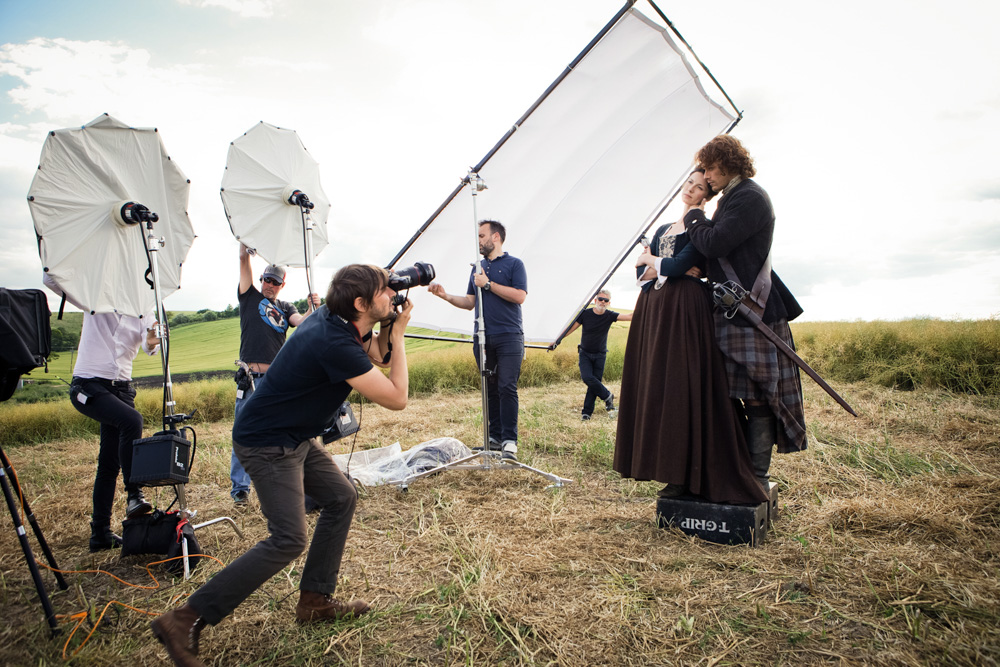 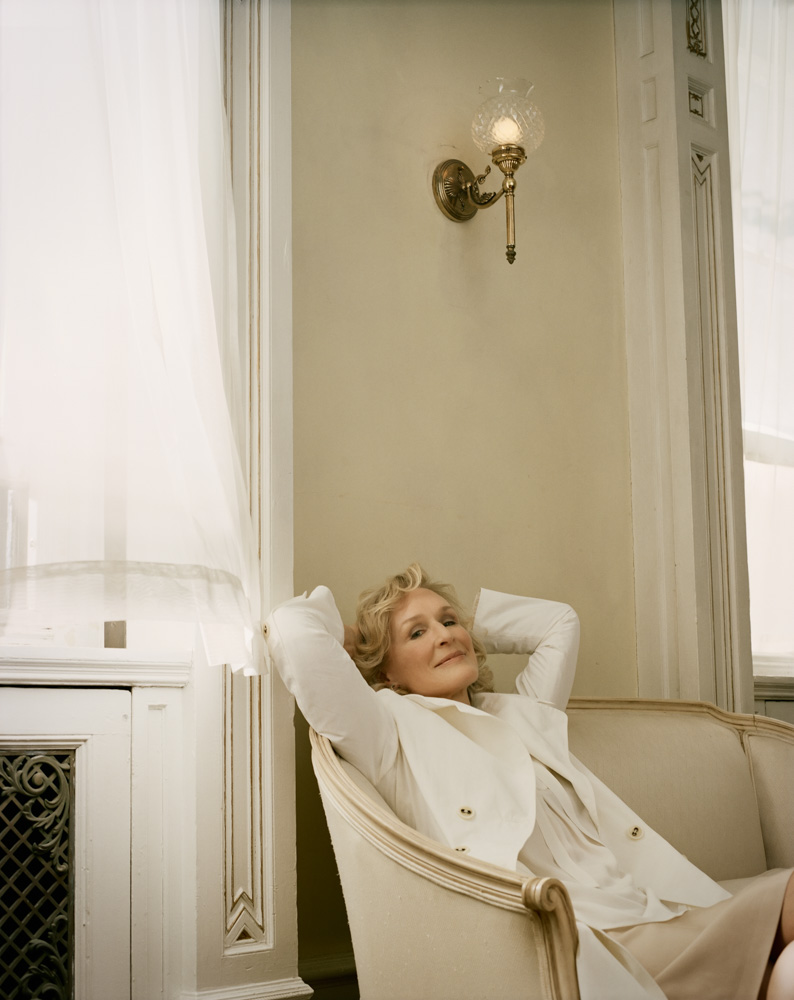 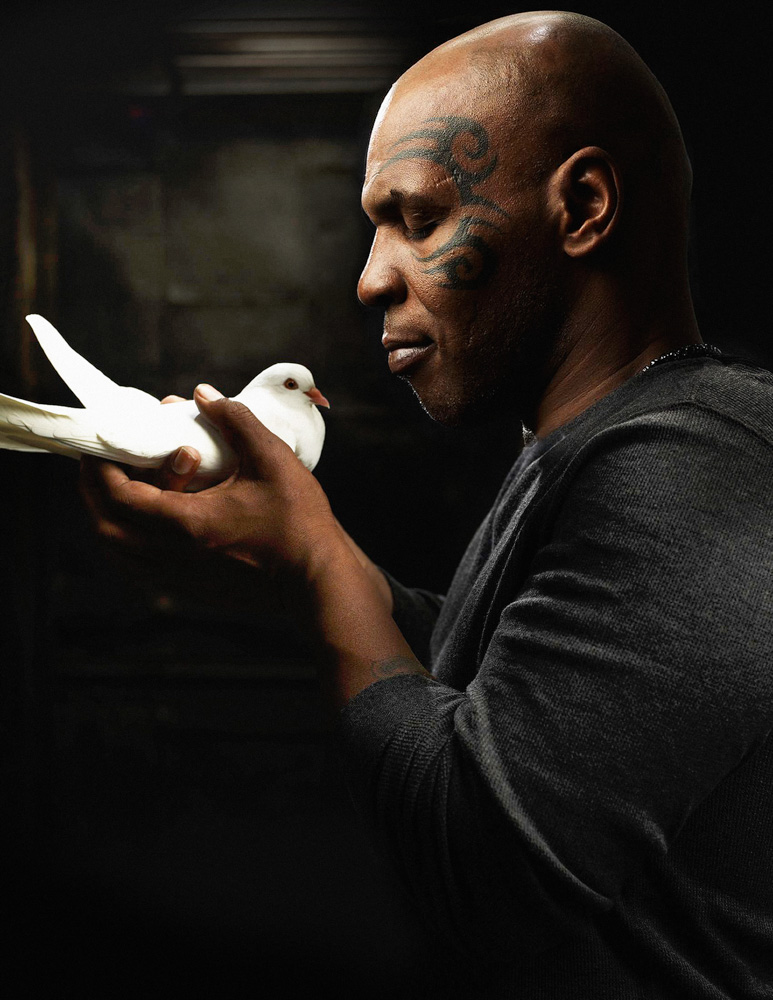 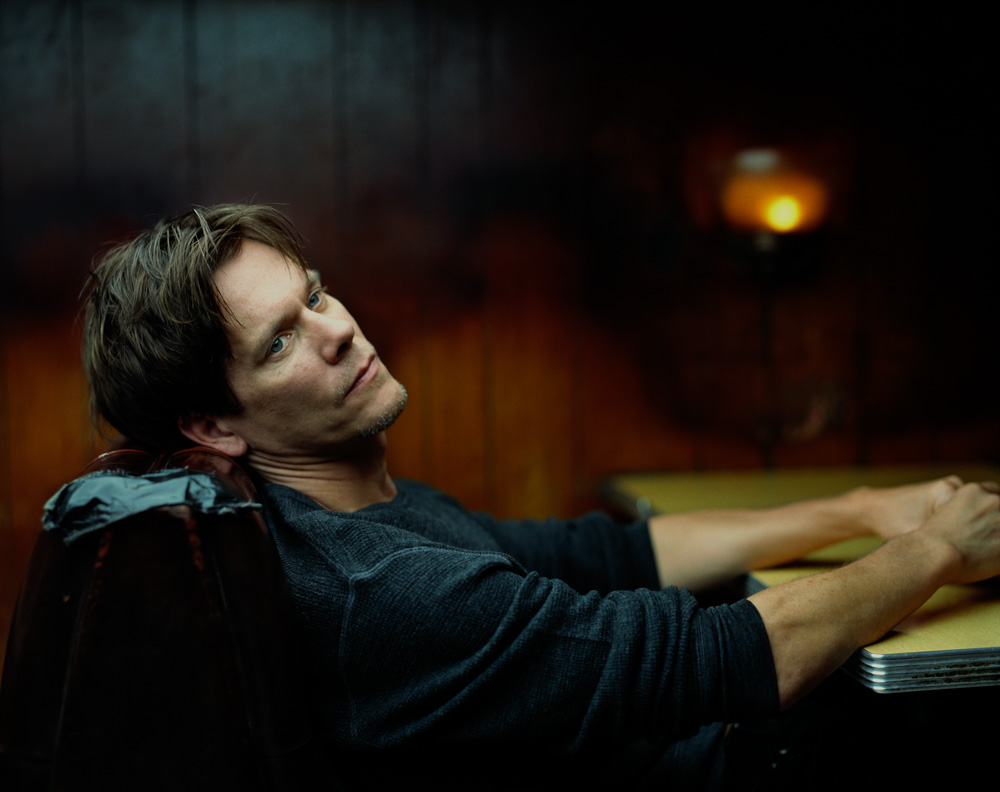 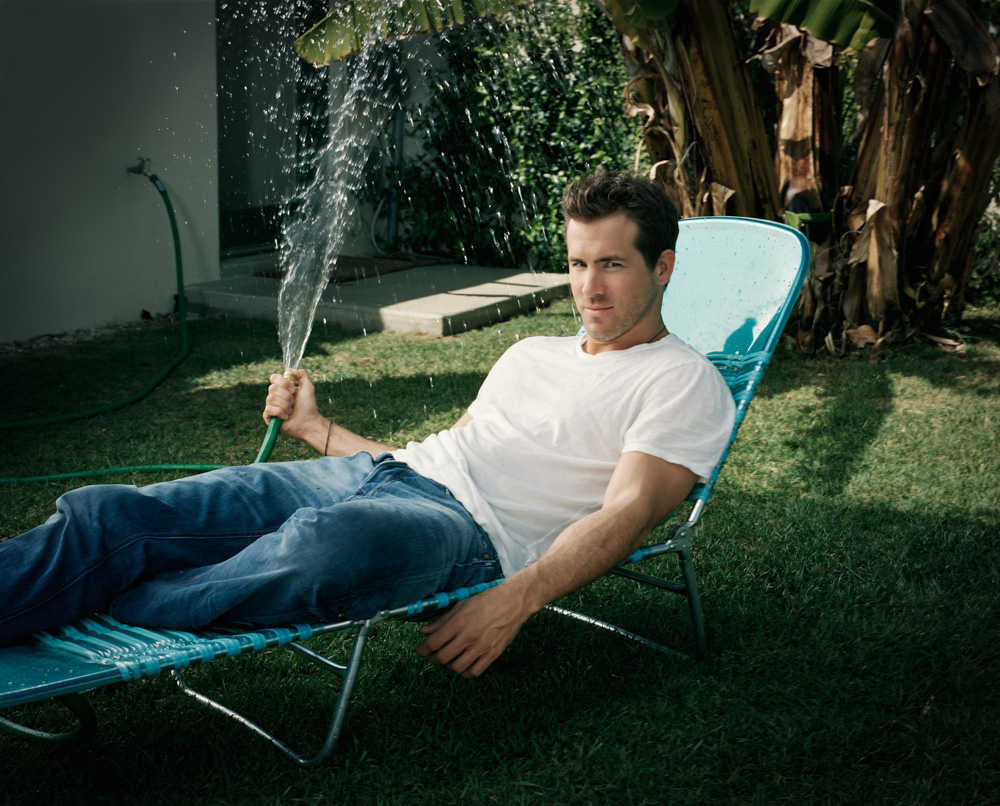 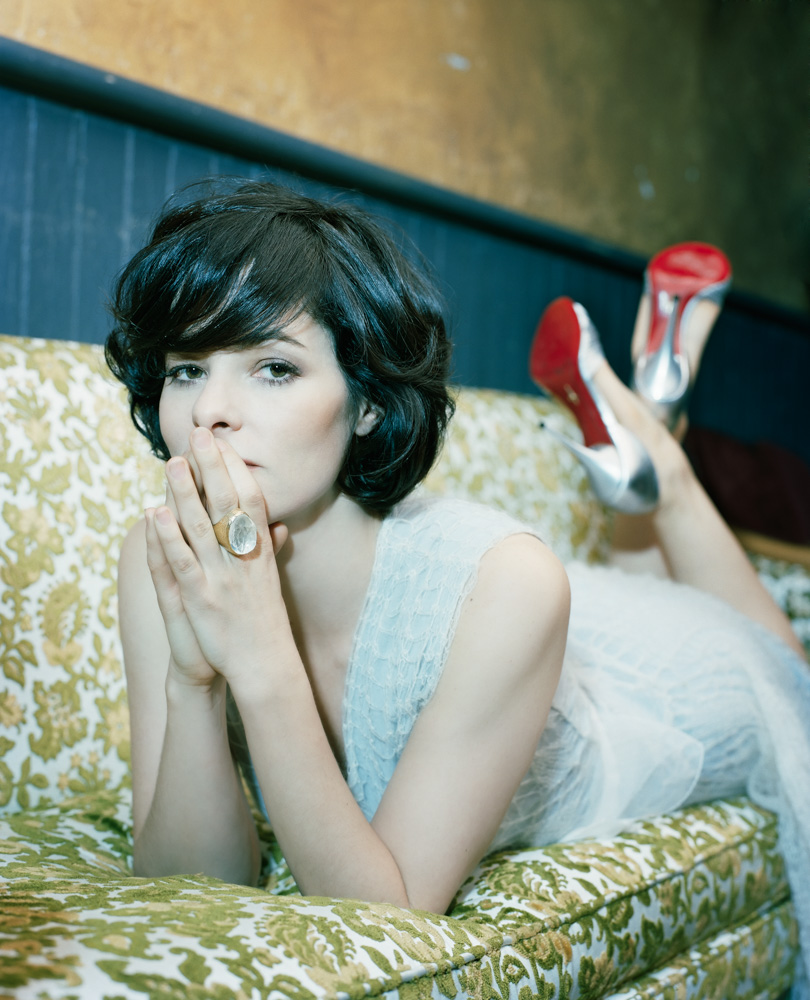 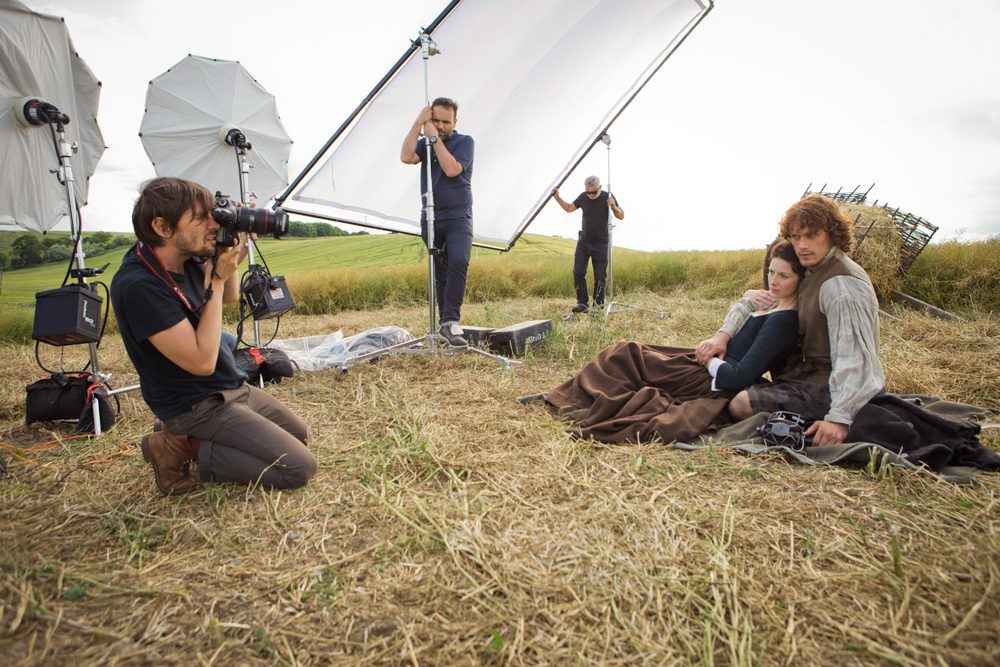 MCM: How would you describe your voice as a photographer?

EO: I try to find something that is visually beautiful or interesting and has some chunk of a story or leaves an unanswered question. So when you look at my photographs, you think about what came before it or what came next. Most people try to make sense of whatever they’re looking at. They try to draw a conclusion and figure out what is happening. I try to leave that open.

MCM: What advice do you have for photographers and artists just starting out?

EO: The most important thing, above everything else, is to have a point of view. The closer you get to figuring out who you are, the more powerful and unique your work will be. There are tools to use to get your voice out there, but you have to figure out what your voice is and how you see the world differently than everybody else does. Study art and whatever is going on today – it can be anything from YouTube videos to art history – and practice what you do. If you’re a photographer, shoot as much as you can. Figure out what works and what doesn’t work. Make mistakes but don’t get discouraged, because if it’s what you want to do, keep working on it.