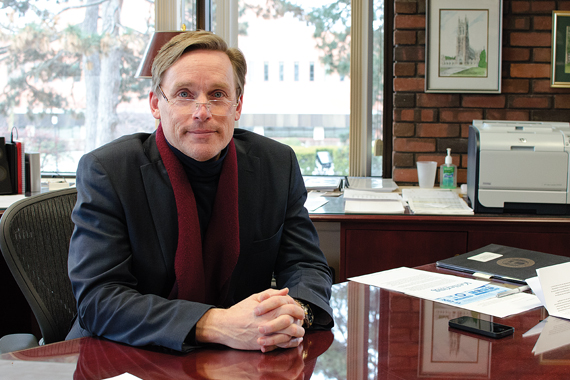 While Flint acts in many ways as an archetypal example of deindustrialization, she has never been alone in her struggle to regain economic stability. Of course, city residents often cite Detroit and Saginaw as two other examples of towns with economic hardships, but such setbacks are not exclusive to Michigan and are not always the result of a dissolving automobile industry.

Take the state of North Carolina for example – a state where the textile industry that once reigned supreme has seen a steady decline in available jobs. To counteract the foreseeable effect of deindustrialization on major cities such as Durham, Raleigh and Chapel Hill, South Carolinians proactively addressed harbingers of dependence on a single industry. They made room for emerging industries that had the potential to support residents through the latter part of the 20th century and usher them into the 21st century with ease. For South Carolina, this meant creating the Research Triangle Park in 1959. This institution, which spans the length of two counties and stands at the fore of research in America, is a joint venture of the public and private sectors – with government, business and universities acting as the main players.

A 1959 implementation of the research park might make it seem as if Flint is behind the curve, but what is lost on many Flint residents is the fact that the current growing trend most noticeably seen Downtown has been a work in progress that started as early as the late 1990s. A handful of new businesses may have opened this past year, but the provisions to make opening said businesses possible were enacted nearly 15 years ago. We see in Flint the benefits of a similar public and private partnership that involves few government barriers for entrepreneurs, private investors willing to provide capital to those entrepreneurs, and nonprofit organizations willing to shell out grants ad infinitum.

What we see in North Carolina and in Michigan are examples of cause and effect. Deindustrialization creates layoffs, layoffs promote poverty and poverty promotes crime. Conversely, education equips the poor, the educated are able to start businesses and hire workers, and an employed working class promotes prosperity. In the case of Flint, there has been a conscious effort to wed “meds and eds,” that is, the medical and educational institutions of hospitals and universities. One such project is the “University Corridor” concept. The University Corridor is a partnership of sorts between local government and the respective institutions of McLaren Healthcare, Hurley Medical Center, Kettering University and the University of Michigan-Flint. The goal: to make University Avenue a clean and safe link to the four aforementioned institutions. What does this involve? An advanced security system that covers more areas of Kettering’s campus than before, the demolition of abandoned houses and buildings, and the conversion of unused land into open, green space. Moreover, Kettering plans to renovate Atwood Stadium after their recent acquisition of the facility and introduce public events there, including ice-skating and high school football games.

An intimate knowledge of the North Carolina revival and how it can be duplicated here comes by virtue of current Kettering University president, Robert McMahan. McMahan, who assisted the governor of North Carolina as the research park continued to grow, knows firsthand what a partnership between “meds and eds” can do for a city. McMahan knows that “Universities must engage and be active and not passive. As an institution in the city, the two are not mutually exclusive.” He recognizes the challenges ahead, and adds, “It’s going to take some plugging away. The idea is to connect the universities with an economic corridor because economic redevelopment of a community happens in corridors and then builds one a block at a time.”

Kettering has a 10-year master plan, much like the city has a master plan to enact new provisions and erect new facilities. Several buildings on the main campus will get a facelift that will make the focus of the campus less insular and more inviting. Further attempts to convert Chevy-in-the-Hole to green space and making the walk along the river more business friendly are underway as well. McMahan sees the tangible progress made thus far as a sign of good things to come. “People who could have gone anywhere in the world are choosing to stay in the community,” he says, “and when you have that, you know that things are going to be okay. The mayor is a Rhodes Scholar who studied in England, but he came back to Flint. People are investing in the community here.”

Kettering’s Director of External Relations, Jack Stock, provided much of the insight to the abovementioned Atwood Stadium plans. His succinct prophesy is this: “In 15 years, you won’t be able to recognize the riverfront.” He is referring not to the Riverfront building, but to the several blocks of the community that lie along the Flint River. There is a chance that all the growth currently underway might go unnoticed by people conducting their daily lives in Flint. In order to ensure that people see and respond to the improvements, My City Magazine has elected to chronicle these advancements through intentional, intimate interviews with the people involved in order to continue to tell the story of Flint; because her story is not finished. Intermission is over, and the next act has begun.

Are you interested in purchasing photos from this story? Go HERE and select the “Kettering President” category.