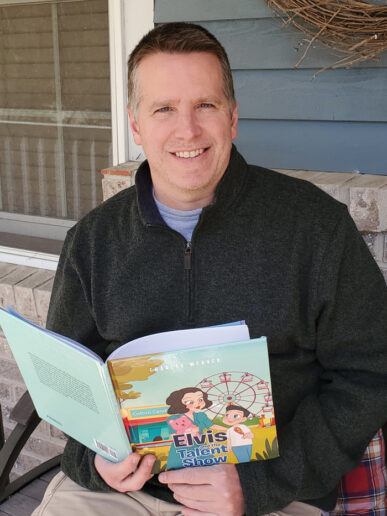 Charles Weaver, a fifth-grade teacher at Westwood Heights Elementary School in Mt. Morris Township, recently published his first book, Elvis and the Talent Show, which is based on a true story about Elvis Presley entering a talent show when he was a young boy. Published by Fulton Books, it was released in March and while based on a true story, this fiction-based children’s book is enjoyed by young and old alike.

An educator for 23 years, Weaver lives in Flushing with his wife, Katrina and their two daughters, Jillian and Charlotte. He has always been an Elvis fan. “I attribute my love for Elvis to my brother, Frank, who was a big Elvis fan,” he shares. Weaver’s mother, also a huge fan, was driving when she heard the news that Elvis had died. “She had to pull the car off to the side of the road because she was crying so hard.” 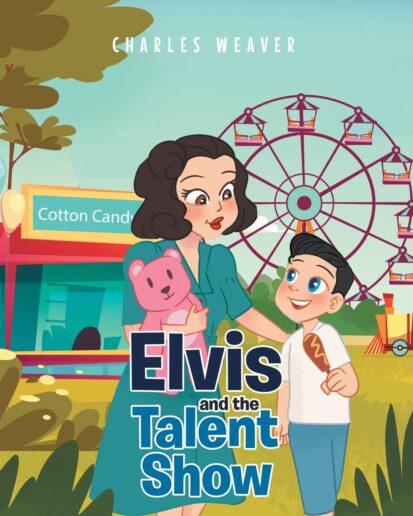 Elvis and the Talent Show was “in the works” for about three years. Weaver knew he wanted to make it a rhyming book and use Elvis song titles in the storyline, such as “It’s Now or Never,” “Hound Dog” and “All Shook Up.” While doing some research, he happened upon what would become the focal point of the story. “Elvis was in a state fair talent show and he lost,” Weaver explained. He had also discovered a photo of young Elvis at the talent show wearing suspenders and glasses.

To summarize the story, Weaver writes: “History knows Elvis the man, but little is known about his childhood. Follow a young Elvis in a mostly true story as he enters a state fair talent show. Be there when he learns a valuable lesson about trying your best and not letting a little adversity stand in the way of your dreams. Being able to spend the day with his mama made this one of his favorite days of his young life, and it would start him on his path of what his true calling would be: to bring the gift of rock and roll to millions of adoring fans around the world.” 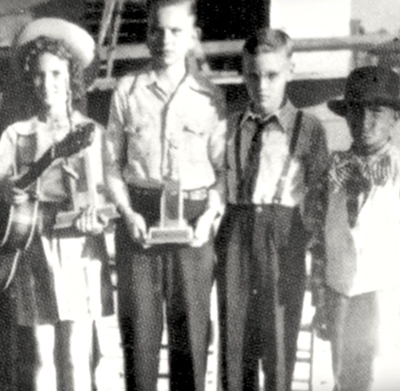 This picture is from the day of the actual talent show back in 1945. Elvis is 3rd from the Left.

Weaver was excited to receive a “thank you” card from Graceland for writing his book, handwritten by Elvis Presley Enterprises CEO, Jack Soden. “I was really blown away to get acknowledgement from him!” the author exclaims.

Weaver’s tagline for Elvis and the Talent Show is: winning isn’t everything and the only true losers are those that don’t even try. “Everyone faces challenges,” he says. “It was interesting to see that even the biggest star didn’t win at everything.”

Elvis and the Talent Show can be purchased online at the Apple iTunes store, Amazon, Google Play or at Barnes & Noble book store.