W. Howard Squire was at the plate. It was the 13th inning and Flint High was tied with the juggernaut team from Ann Arbor, 7-7. Flint wasn’t supposed to have a chance. The Ann Arbor team was noted as the best in the state. Their pitcher was dominant, but Flint got to him early, scoring all of their seven runs in the first two innings. Ann Arbor fought back and tied it in the ninth, sending the game to extras. Squire took a called strike right down the middle of the plate, bringing the count to full. He stepped out of the batter’s box and looked to third base where Pee Wee Barkey landed after his two-out triple. One hit from Squire would bring Barkey home and end the game, sending the packed crowd at Atwood Stadium into a frenzy.

Flint was only in the position to win because of the amazing stop and double play started by Weimer, the second baseman, in the previous inning. Squire knew he couldn’t miss this chance to topple a giant. The stadium was silent as he stepped back up to the plate. The pitcher wound back and fired a fastball at the catcher’s glove. Squire saw it all the way and made solid contact. The ball flew over the head of the first baseman and landed safely in bounds. Atwood exploded. Barkey threw his hat when he jumped onto home plate as Squire safely touched first. Mighty Ann Arbor had fallen, Flint pulling off the upset 8-7. Flint would go on to finish the 1904 season undefeated, earning Flint High School a reputation for excellence in sports, as well as academics. 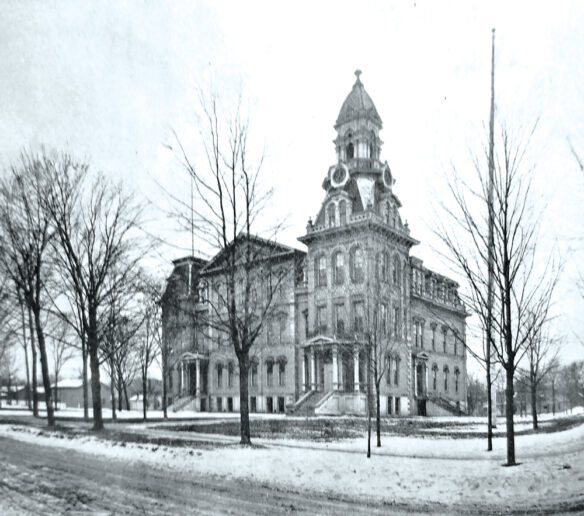 In the 1830s, Flint was a growing town and the hub of fledgling Genesee County. A popular spot for travelers and pioneers, Flint was gaining a reputation for commerce and good will. Trying to earn their keep in the area, families were more concerned with instilling a strong work ethic in their children than a finer education. In 1834, Daniel O’ Sullivan, “The Irish Schoolmaster,” built a little cabin along Thread Creek and taught 12 pupils at a rate of ten cents per week. By 1838, only 60 students were listed in the town. Claiming that education costs were too high, a parent group dubbed “the friends of education” rallied for a new school system and the Union School was built in 1845, alleviating some of the monetary pressures on families.

When Flint became a city in 1855, the idea of formal education became an important issue. To tackle the challenge of creating a city-wide school system, Professor William Travis was put in charge. His enthusiasm and commitment led to the authorization to build a new graded school four years later. The school was a success, but education remained unregulated with children attending makeshift schools throughout the city districts. In 1867, districts began to merge into a semblance of order under the Union School District of the City of Flint. Official enrollment finally began to grow, but slowly. Still, the rate bill system continued to present a problem to area settlers – they just couldn’t afford to send all of their kids to school. Relief came in 1869, when the rate bill system was put to bed by the State of Michigan in favor of the free public school system. Finally, children were sent to school en masse. 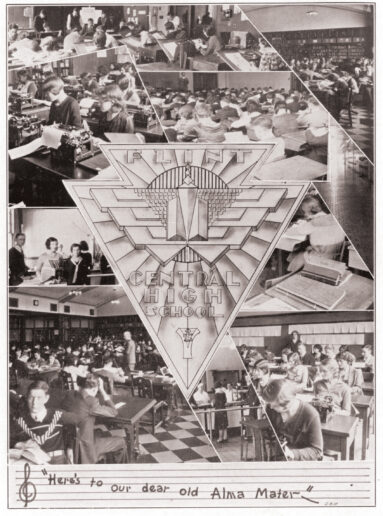 The rest of the districts in Flint joined the Union School District and the city’s Board of Trustees, headed by Levi Walker, authorized the unfinished City Hall building downtown on Saginaw and Third Streets to be completed as Flint High School. The school opened in 1875 with an enrollment of 1,157 students under the direction of Superintendent S.R. Winchel. The building was constructed under the plans of architects Porter & Watkins and built for $77,377 by Reuben Van Tiffin. (Near the end of construction, the building almost entirely burned down, only to be saved by young men staggering home from a party in the middle of the night who saw flames near the heating apparatus.)

Flint High School initially offered a four-class curriculum with quarterly composition exercises. The classes were: Classical, Latin, English and Scientific, taught by University of Michigan professors with the goal of preparing students for the University. Each student was admitted to the University of Michigan in Ann Arbor upon graduation. By 1904, the curriculum grew to include: Algebra & Geometry, Physics & Chemistry, English, Greek & Latin, History, French & German, Biology & Physiology, Commercial Work, and Music. 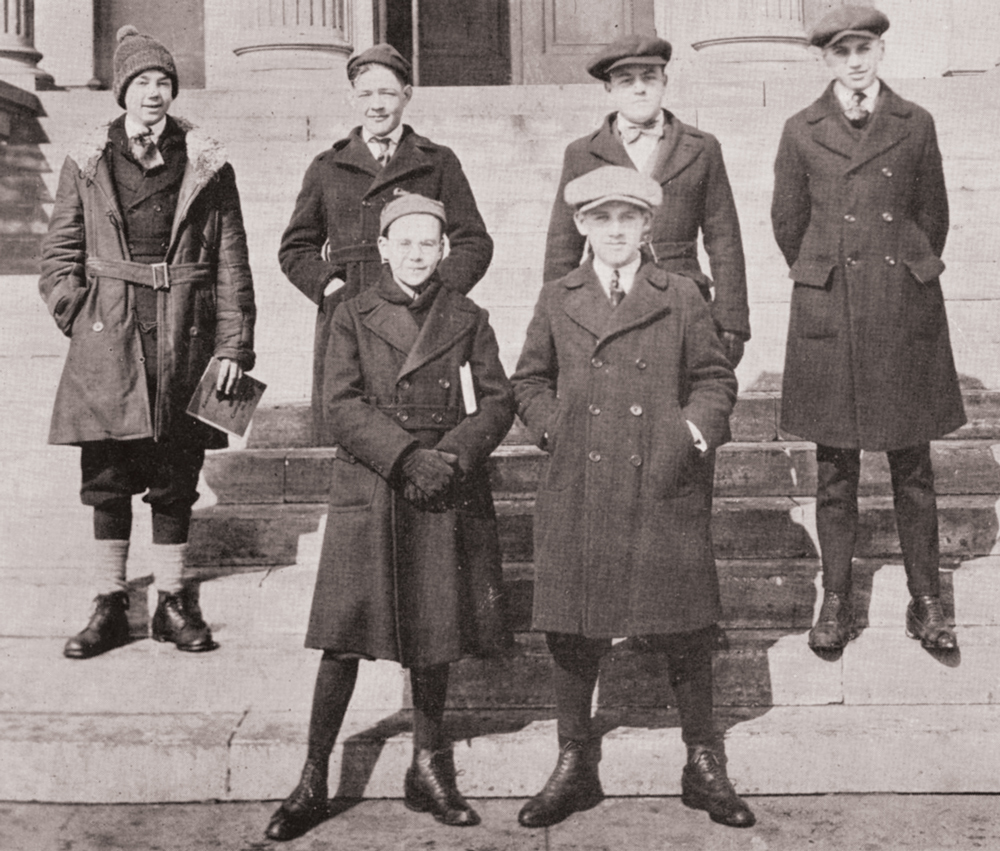 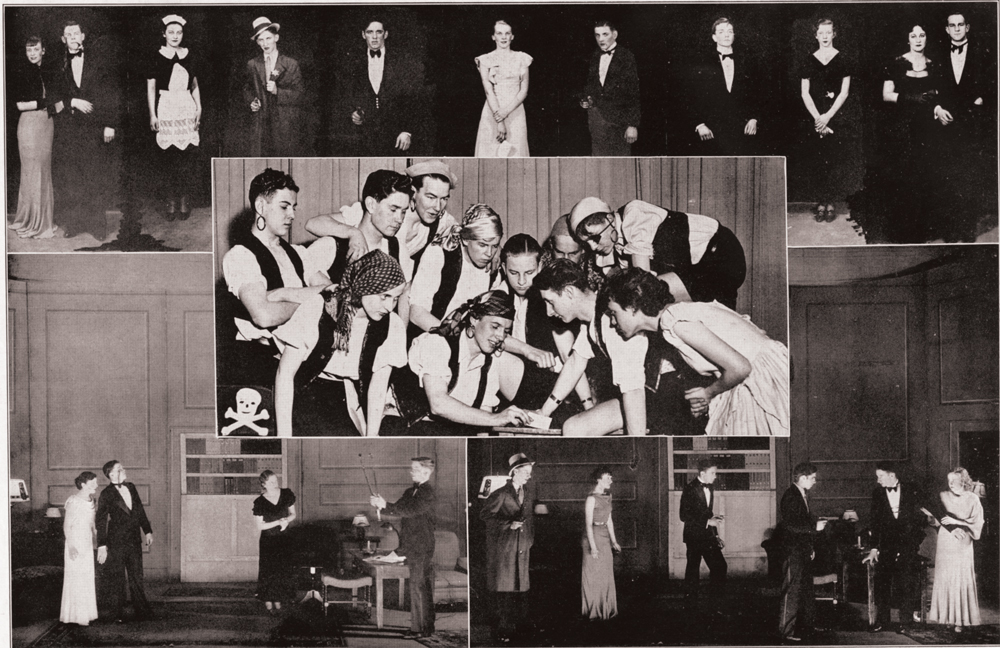 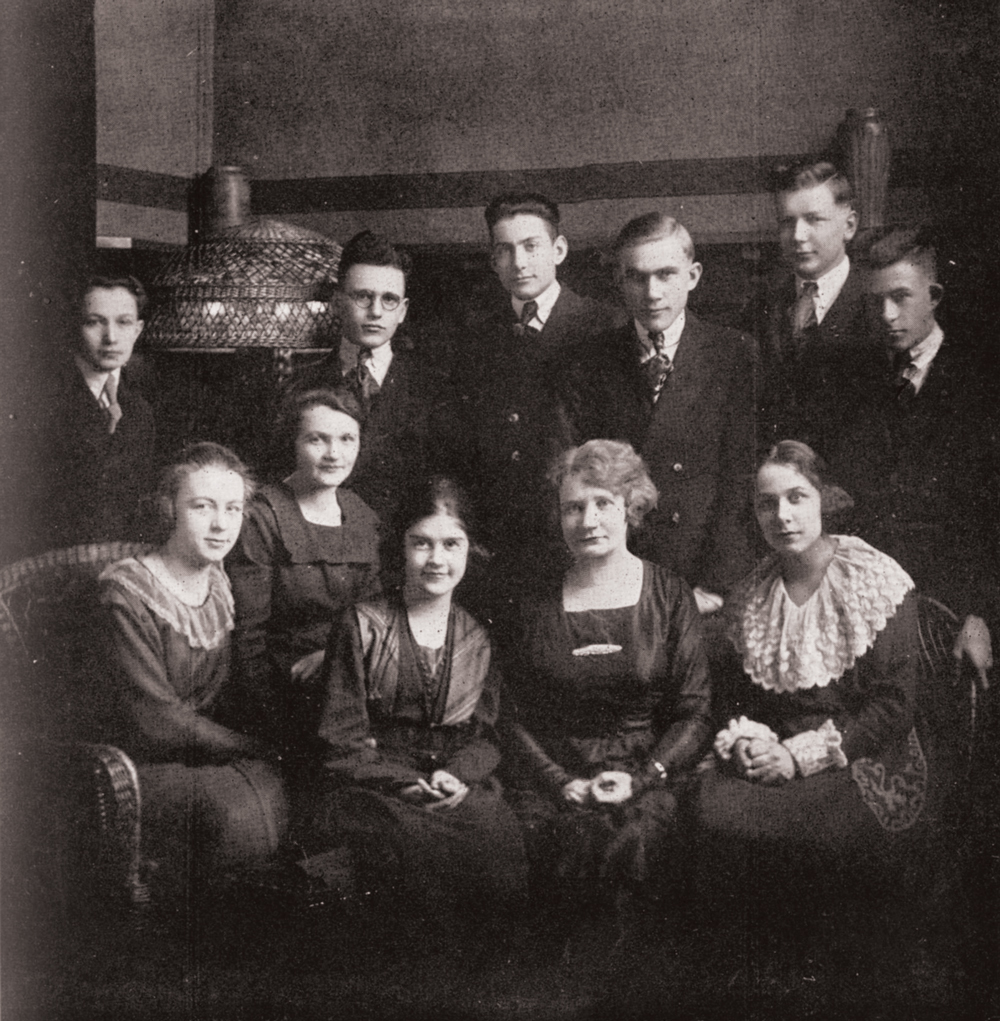 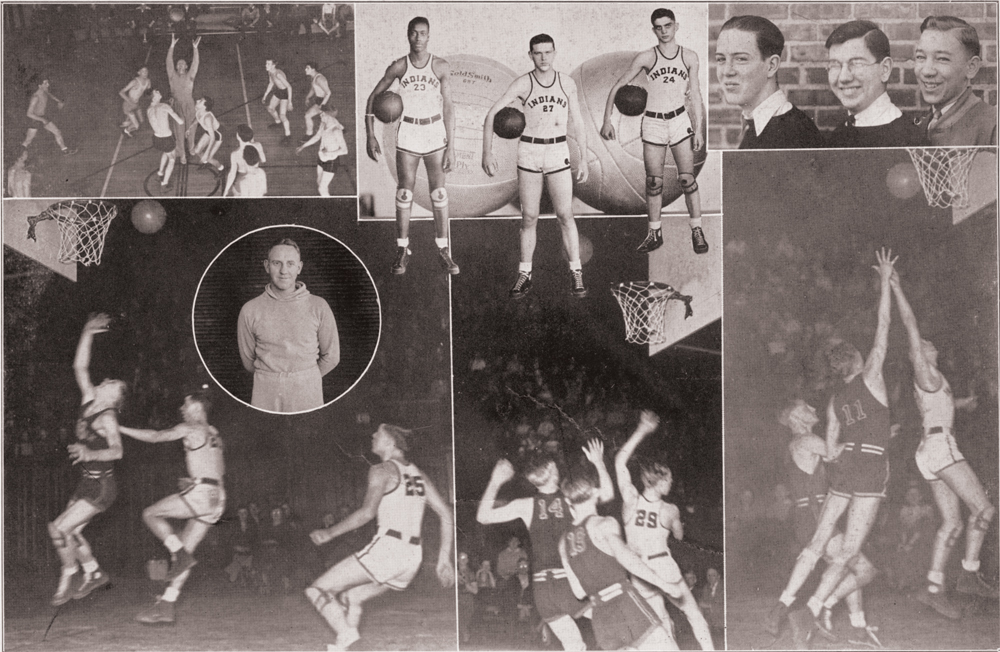 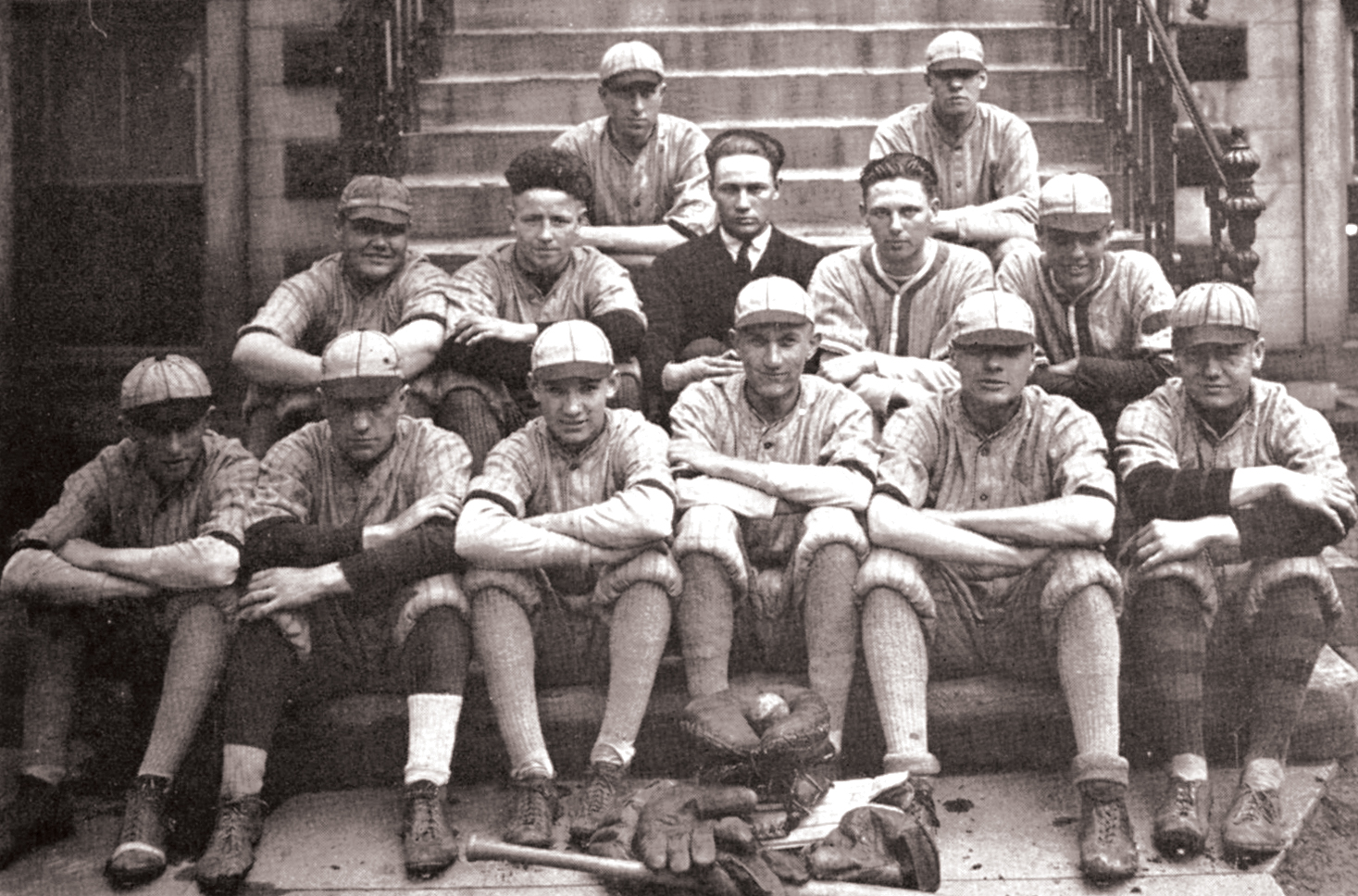 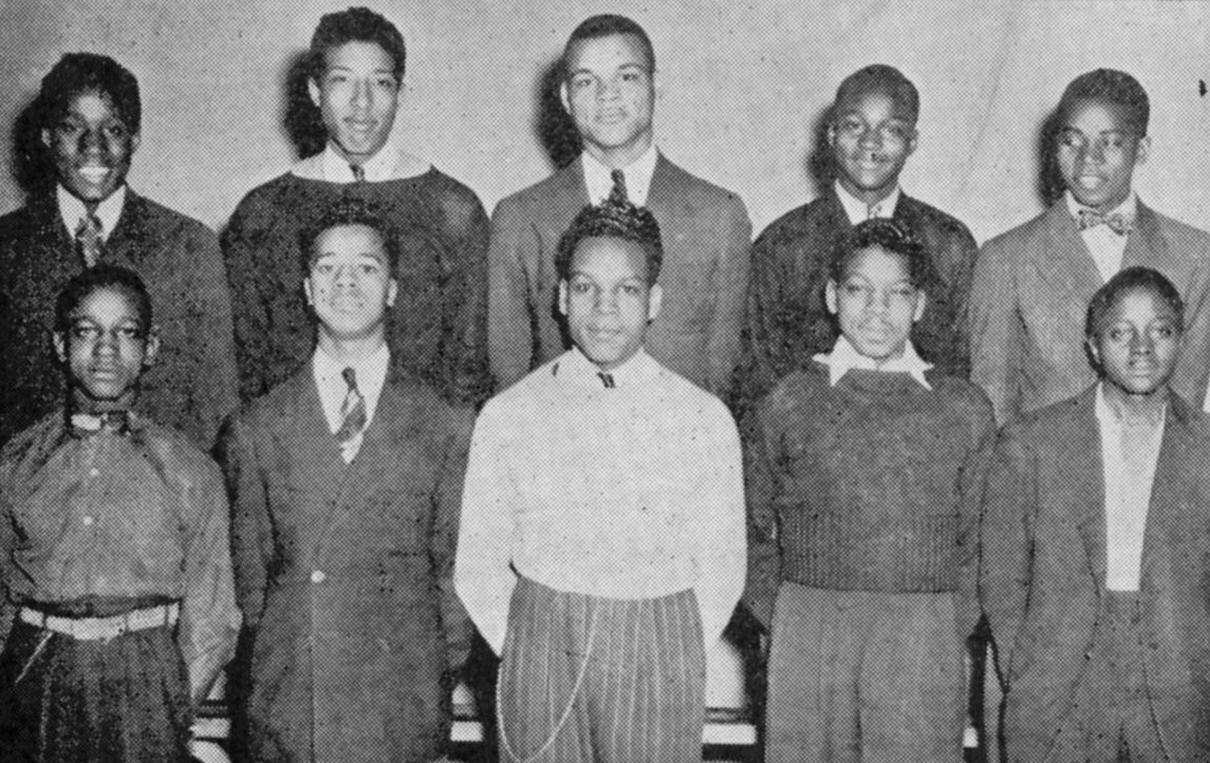 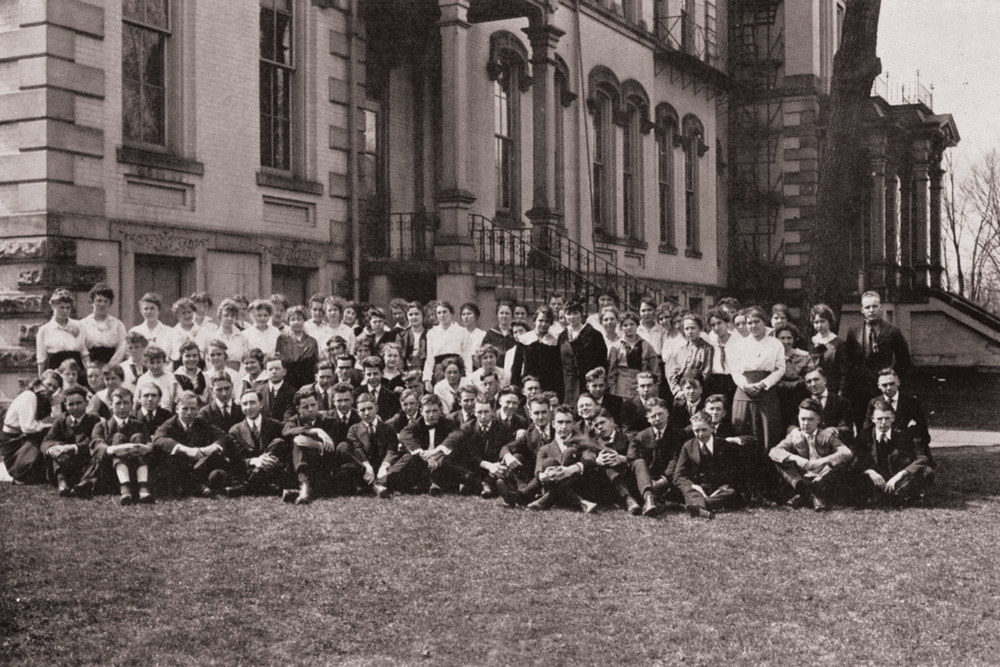 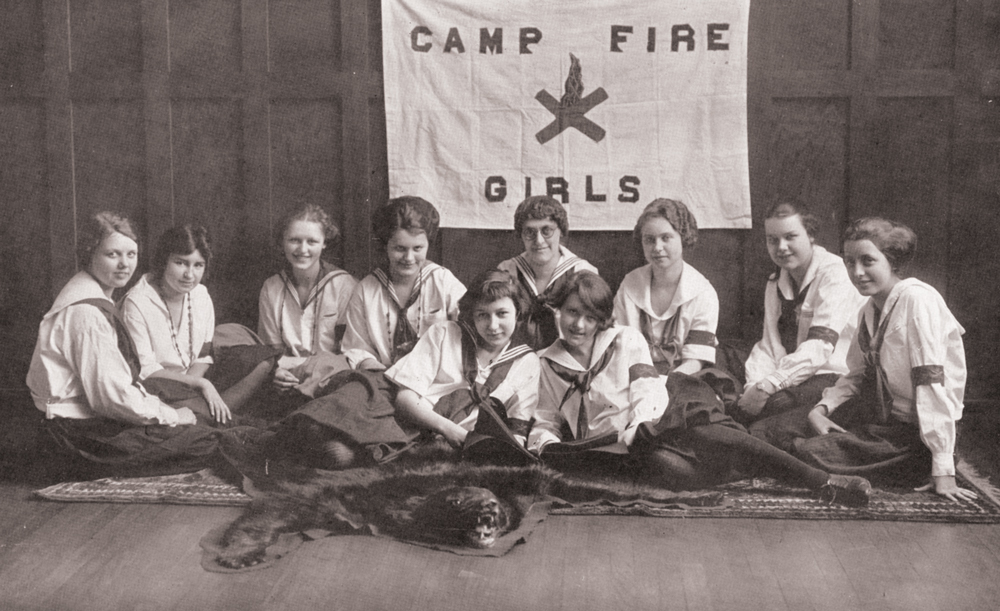 Flint grew so fast during the early 1900s that an entire new high school building was needed to accommodate the influx of students. In 1919, plans were made to build the new school on the grounds of the Oak Grove Sanitarium. The city purchased the grounds (making Oak Grove an offer they couldn’t refuse) and as a result, Oak Grove closed its doors in 1919 making way for the new $2 million high school. The school opened at the new location in 1923. The very next year, Whittier Middle School was built next door. 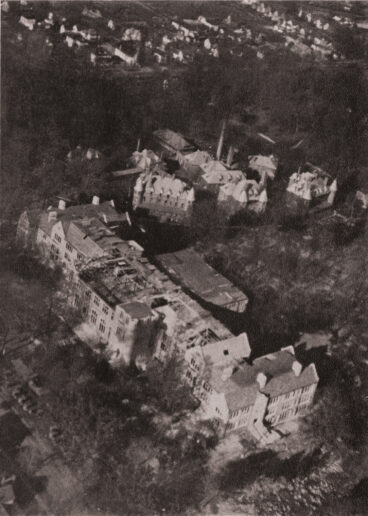 In 1928, Flint High School changed its name to Flint Central High School with the construction of Flint Northern High. A rivalry between the two schools was immediate. The first of many Thanksgiving football games between them was played at Dort Field in 1928 with the Northern Vikings triumphing over the Central Indians, 7-0. Joe Supak was the hero, as he plunged into the end zone after Northern recovered a late fumble near Central’s goal line. It’s no doubt that most of the competitors were all classmates and on the same Flint High School team the year before.

For the next 50 years, schooling in Flint would be considered the epitome of education with a reputation for excellence throughout the state and Flint Central was the forerunner. The school provided the model for academic and athletic success mirrored by the other excellent schools in the district. 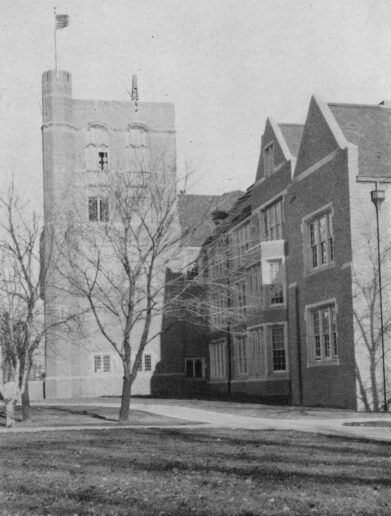 As Flint flourished, so did Flint Central and when the city faltered, the school suffered. When General Motors began to leave the city in the 1970s, enrollment began to drop. The tax base began to disappear and the building aged. By the 2000s, the school was in peril. Enrollment fell drastically. By 2009, it was estimated that repairs would cost nearly $27 million and the city didn’t have the revenue or cash reserves. The building was closed and never reopened. Flint Central’s run had ended.

From the very beginning, Flint Central High School was special. It came before buggies and cars. It came before Dort and Durant (in fact, Durant attended for a year or two). It came before the bricks and the arches. Flint Central High was the first source of city pride and unity, the citizens always showing up in support of its students and each other. The building constructed in 1923 remains one of the most impressive, beautiful and iconic buildings in all of Flint and as Flint undergoes its renaissance, it is with hope that the building will be renewed. Perhaps in a bit of ironic foreshadowing, the 1899 Flint High School class motto reflects the school’s (and city’s) current situation, “Attempt Ye Still to Rise.” 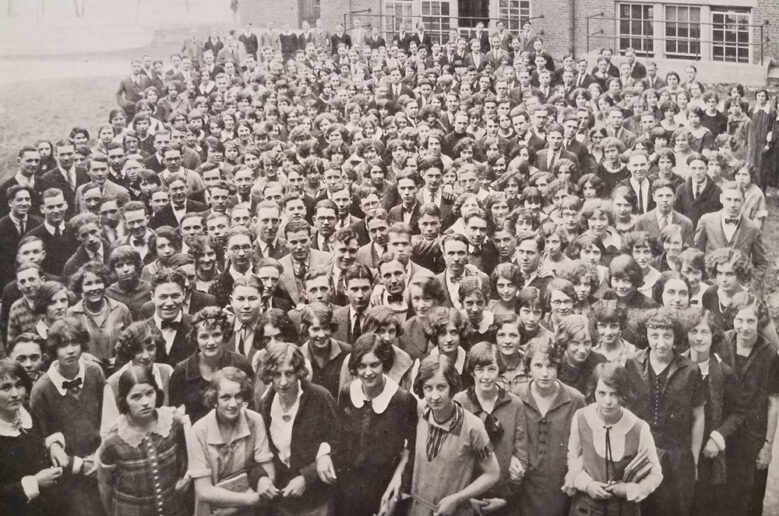