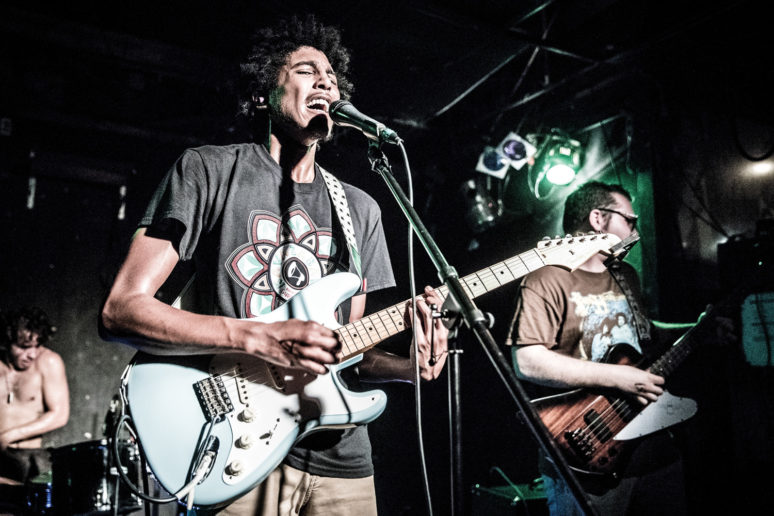 I met The Plastic Bears at their studio in East Lansing, MI, and from the beginning of our conversation, their love of eclectic music was on display. “Check this out,” said drummer, Drew Duncanson, as he laid down a collection of old-school pop photos of the Jackson 5. He rifled through a stack of frameable images of Michael and his brothers, and picked out one of the group posing next to a rainbow of colored Ferraris. “That’s the one, right there,” said Duncanson. And everyone agreed. Collectively, The Plastic Bears are a collage of musical talent, influences and genres. Their tastes are many and timeless. Anything from R&B to punk, from the 60s to now, is fair game. And that wide-ranging style is reflected in their music.

The band came to be in early 2015, shortly after singer/songwriter, Khal Malik, won a Battle of the Bands contest in his freshman year at Michigan State University. “I was in a band called Dr. Esophagus and the Scoundrels at the time,” said Malik. “The grand prize was ten free hours of studio time at Elm Street Recording in Lansing. We recorded the first Plastic Bears song on that record – a version of ‘My Saturn’. Bassist, Luc Savoie, was a session musician on that recording. “Luc and I have been jamming together since our time at Grand Blanc High School, and after that recording, we decided that we were going to become a band.”

Disaster for some, means paradise for others Our morals
uncommon to those we don’t foster Hear the echo,
feel the distance I don’t know my brother like I should.
Khal Malik, from “Stoddard Park”

The band started as a duo recording project with just Malik and Savoie getting together to write and play some tunes. Duncanson soon joined. “The first band I ever played in was with Luc when I was 15,” Duncanson recalled. “My mom used to drop me off in Downtown Flint and we would play shows at places like The Local.” The band worked as a trio for a little while until 2016, when a quiet kid from little Middleville, MI moved in with Malik. Noah Kim, became the Plastic Bears’ lead guitarist. “He brought a whole new element to the band,” said Savoie. “Our sound was complete. 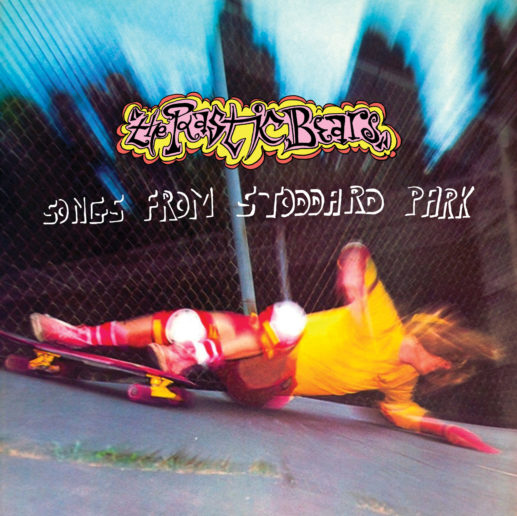 “Our first four recorded demos as a foursome were ‘Post-Truth’, ‘Pocket Watch’, ‘My Saturn’ and ‘StoddardPark’. Drew’s drumming really pushed us into a punk rhythm and we went from there,” explained Malik. “We were listening to a lot of Iggy Pop and The Strokes at the time. That was the sound we were going for.” But, soon enough, The Plastic Bears found their own sound.

That sound is a mixture of energetic punk laced with the styles of multiple genres. “We have a running joke that started at the beginning,” said Duncanson, laughing. “We made up our own genre that we call Honey Rock.” The concept comes from the plastic bears full of honey that you find in the grocery store. In other words, the band is full of sweetness. “I guess the best way to describe our sound is fast, fun, indie punk rock that’s influenced by hip- hop, jazz, ska, R&B and classic rock,” Savoie stated. “I mean, Noah plays sax on “Garage Sale.” The whole group laughed.

That song is a perfect display of the eclectic sound the band creates. It features distinguishable elements of psychedelic rock, punk, jazz, and ska with a hip-hop opening. Every style is distinct, and yet it blends seamlessly into a fun, energetic punk ballad. It just works. 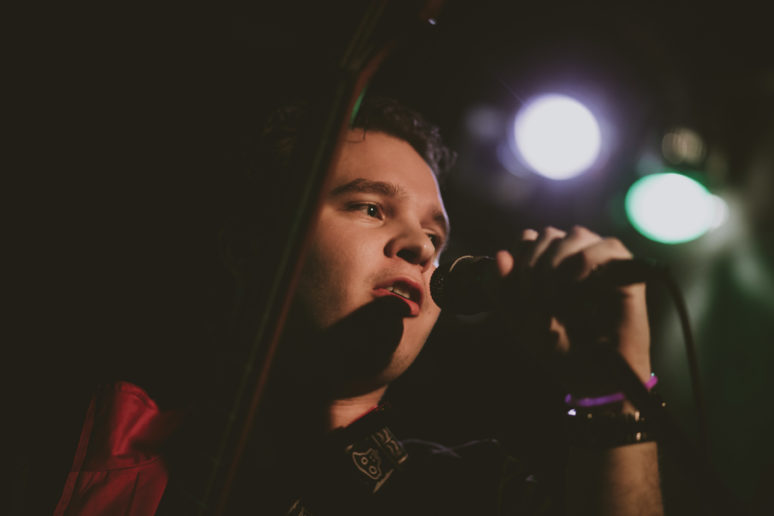 “What I like most about our band is that even though the songs have a leader – the one who writes it will kind of direct it – we are just conducting equally in four directions,” explained Savoie. “Everyone brings something to the table. We bring four strong influences together and create all of our music live.”

In February of this year, the band released its first full album, Songs from Stoddard Park. It was funded entirely by the band members through merchandise and ticket sales. The album offers a mix of old classics with some new bangers like band favorite, “Marc.”

“On the record, most of those songs I had written pre-Plastic Bears and then after 2017, it’s been a split between me and the rest of the guys,” informed Malik. “When we jam it, we all have latitude to take a song where we want to.” Savoie agrees. “It’s very autonomous and we all have the power to make it. That’s what makes it natural and gives us an edge, I think – four minds putting it all together.”

Is pessimism really the short view of life? Because in light of
current times, being pessimistic is normal, right? Are we
desensitized to the sights we’ve seen? Or are we
not concerned because it hasn’t happened to me?
Khal Malik, from “My Saturn” 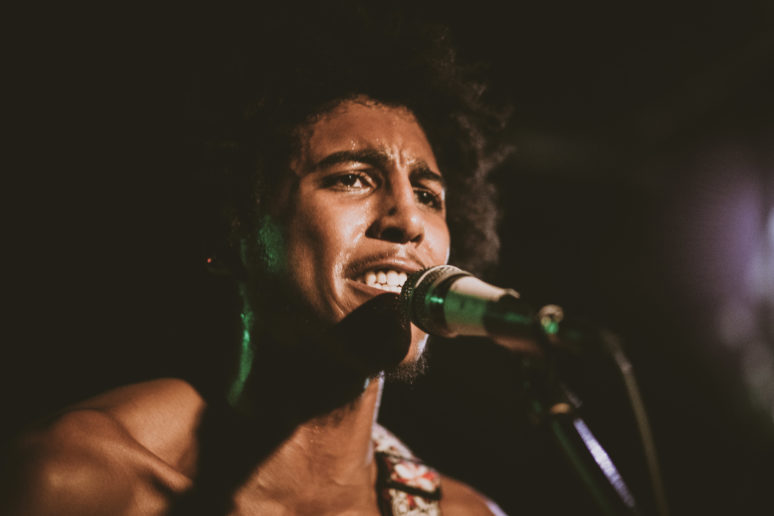 “Most of the writing process comes from Khal, I must admit,” interjected notoriously quiet Kim. The band laughed and agreed. “Yeah, Khal didn’t write the lyrics for ‘Marc’ until we were in the studio. The song didn’t have a chorus at that point. The chorus was created by us shouting lyrics while Khal drummed on a windowsill with pencils!” said Savoie to rounds of laughter. songs from Stoddard Park is a deliciously fun little album, and a source of pride for the band. It means something special for each member. “Stoddard Park is a 30-second walk from here,” said Duncanson. “We listened to our album for the first time while we were all looking at the Stoddard Park sign, and it felt surreal.” Kim agreed. “I remember listening to ‘70s Boys’ in our car driving around, and it felt really special to me.” For Malik, it brought back memories of the old themes and ideas for the songs. “I lived on Stoddard Street for a while. The first inklings of songs came from there. I wrote ‘70s Boys’ in a house next to the park.” Savoie added, “The album is very memory-triggering and nostalgic for us.”

Songs from Stoddard Park features songs that run the gamut from the cleverly-written, subtly-political “Post-Truth” to the Bowie-esque “Pocket Watch,” with the must-listen fan favorites “The Atlantic” and “Marc.” Each song features a different style element and influence of the band. You won’t be disappointed by any part of it. 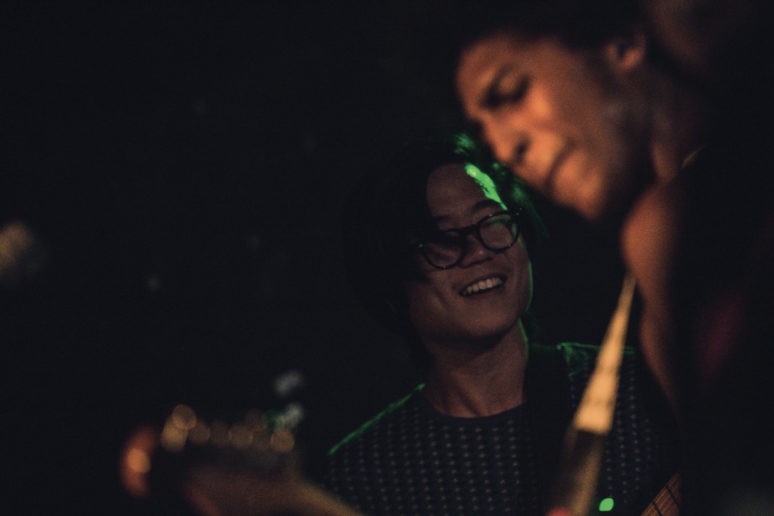 The Plastic Bears are in awe of their fans’ reception to the new album. They are selling out venues in Lansing and hope to go bigger, one day. The band would love to play Madison Square Garden or the Staples Center and it’s certainly heading in that direction. They wouldn’t be where they are now without some help along the way, and they credit promoter Travis Valentine for helping them get to where they are. “Travis really gave us a shot,” said Malik. “He helped set up that first big show in June of 2017. He believed in us.”

Malik and Duncanson grew up in Grand Blanc and visit home regularly when they have time away from Michigan State University. Savoie still lives in the Flint area and attends the University of Michigan-Flint. They play in Flint as often as they can. “We are open to the city growing and building. I feel like there’s life in the city. We’re proud to be a part of it and proud to be from Flint,” said Savoie.

Recently, the band played an impromptu concert at their home and it drew an unbelievable crowd. “We must have had over 100 people in this tiny house and out on the lawn. They were pushing their way in and diving through windows,” said Duncanson. “I mean, look at that door – it’s hanging on by one hinge!” The band laughed as he continued. “I thought for sure the house had had it. I was surprised it could hold everything in.”

Knowing The Plastic Bears and their growing fan base, pretty soon, it won’t.

If you would like to see the band perform live, visit their Facebook page for show times and venues. 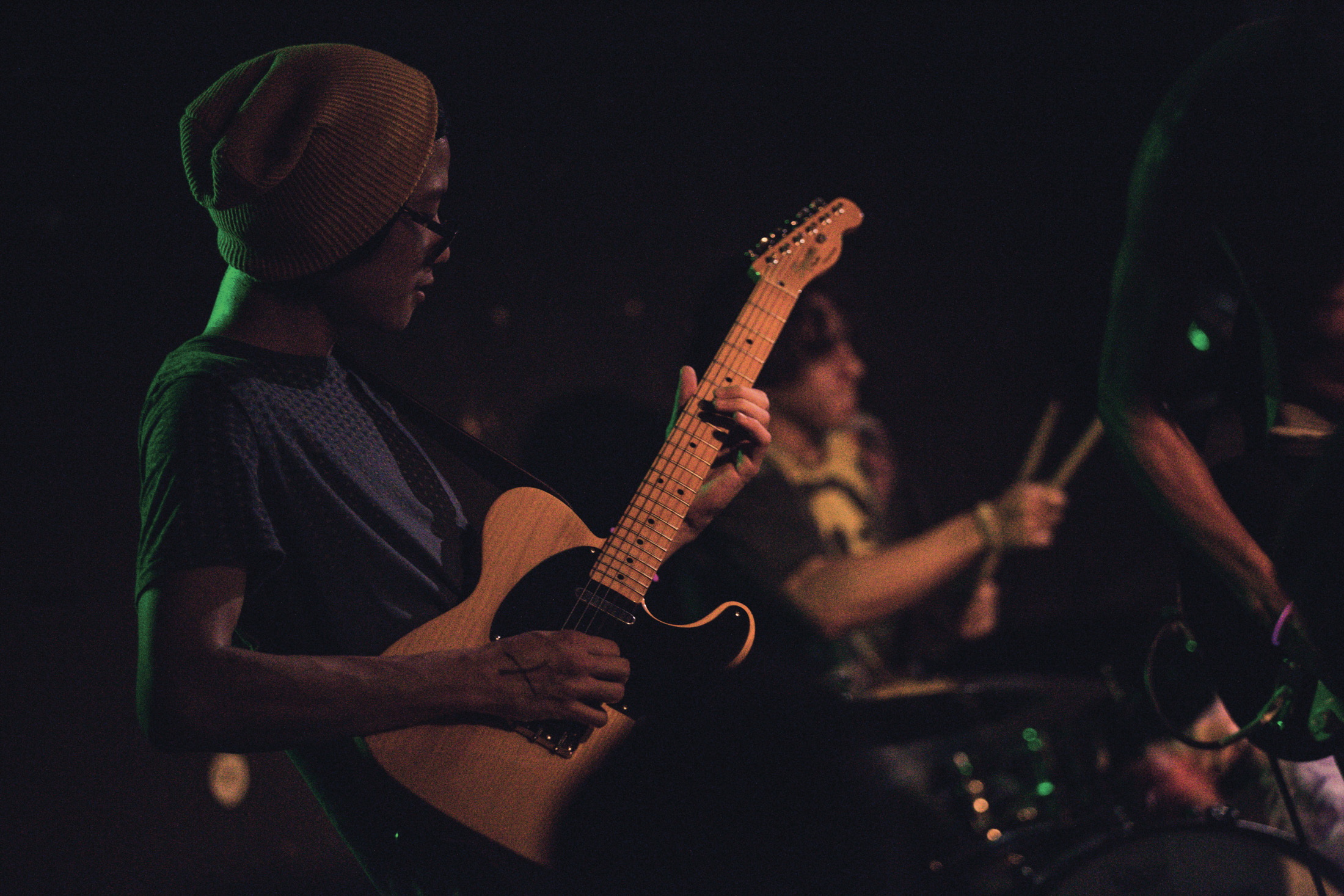 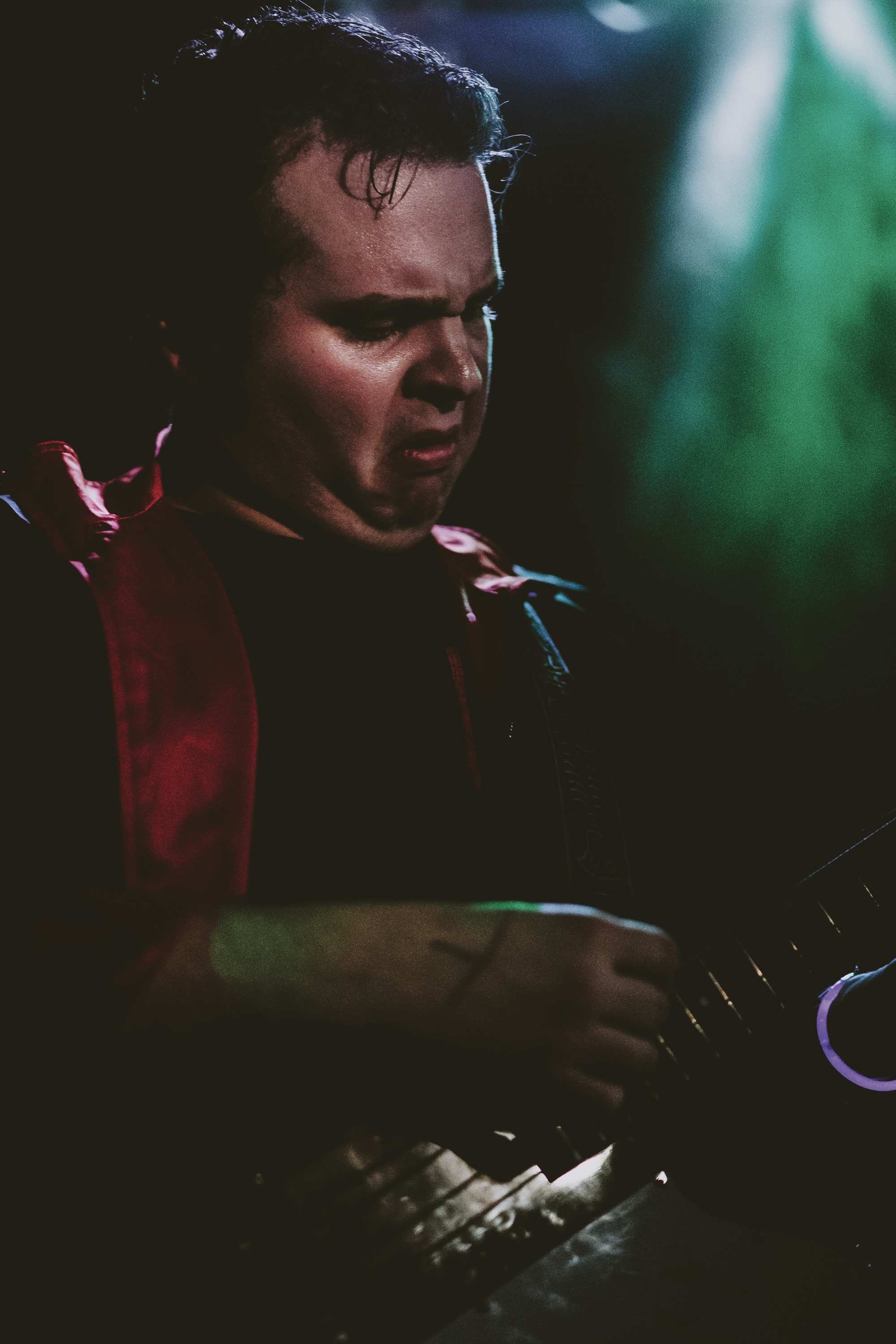 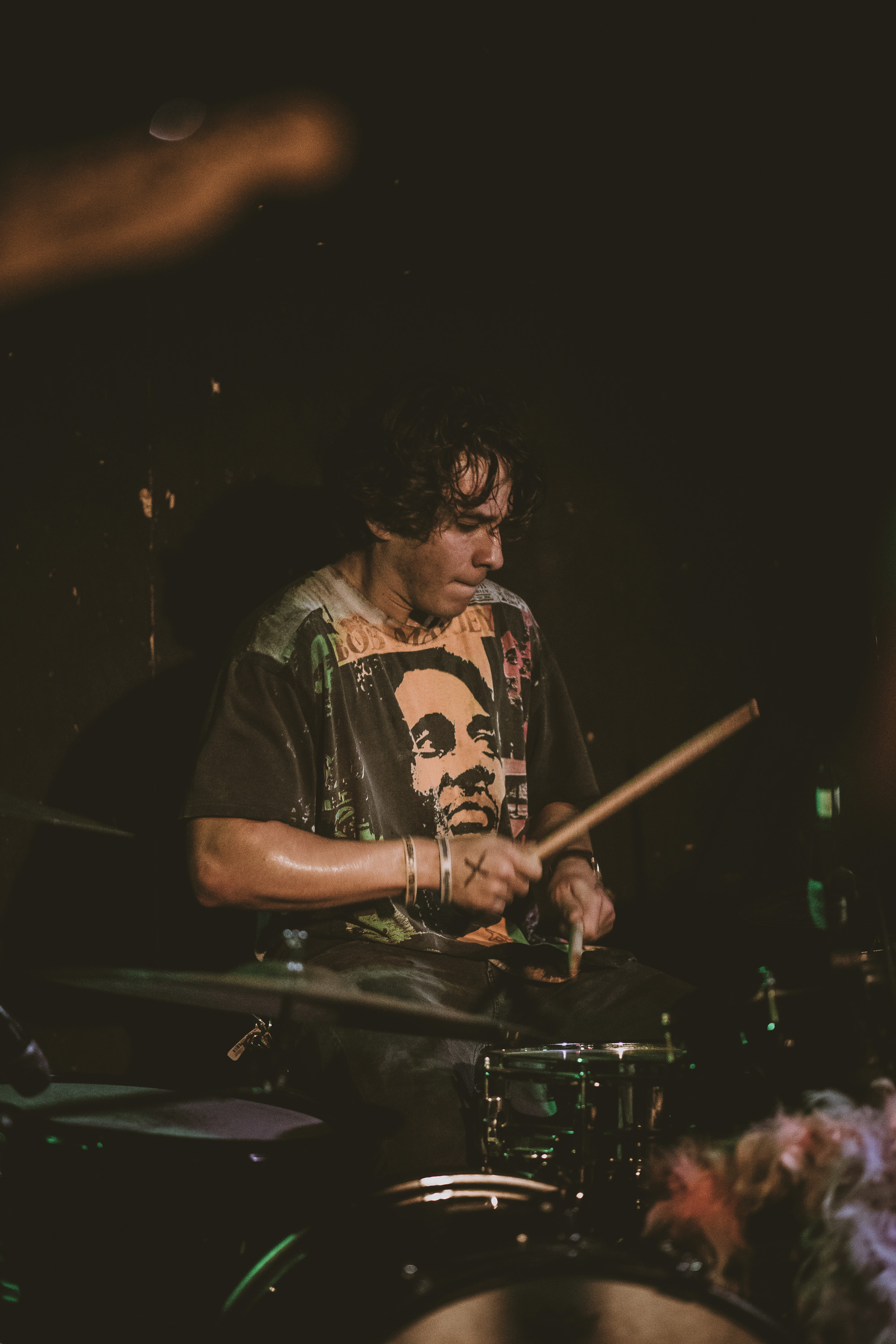 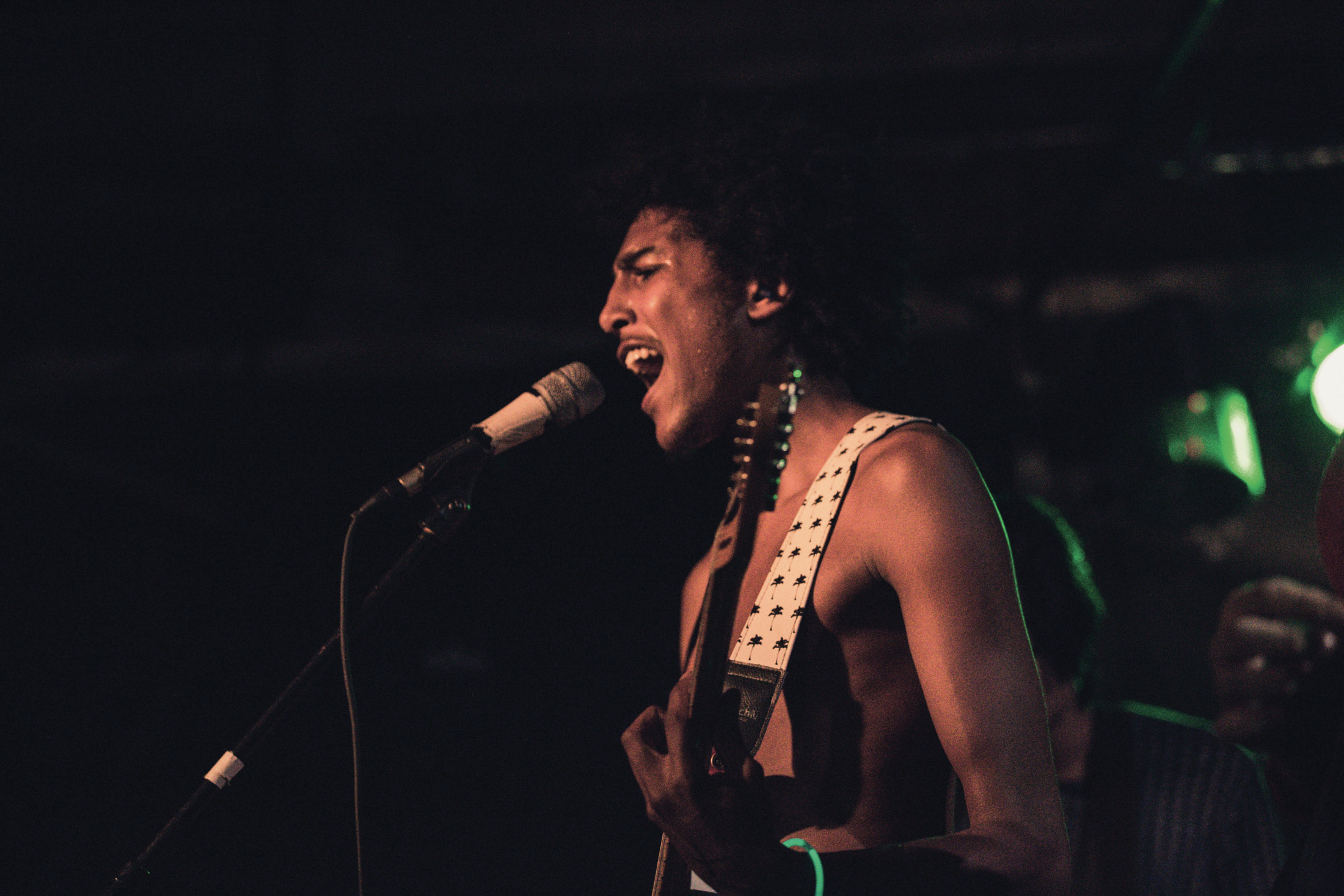