It’s becoming the norm. Seemingly every year, DTV News (located in Davison High School), is a winner of some award or other, going all the way back to 2002. The station has won multiple awards from the National Scholastic Press Association (NSPA), the Michigan Interscholastic Press Association (MIPA) and was named “Station of the Year” four times by the Michigan Association of Broadcasters (MAB). In 2010, Randy Scott and co-workers received an Emmy® from the Michigan Chapter of the National Academy of Television Arts and Sciences for their documentary entitled “Rx for Trouble.” For their efforts this last school year, the station won 21 awards from MIPA in such categories as School Promo, Live Sports/Event Coverage, Diversity Coverage, News Story and more. The station is managed by Randy Scott and Amy Lesko. “We have one of the top programs in the state and nation,” says Scott. “It’s truly a testament to the commitment and effort of our kids.” 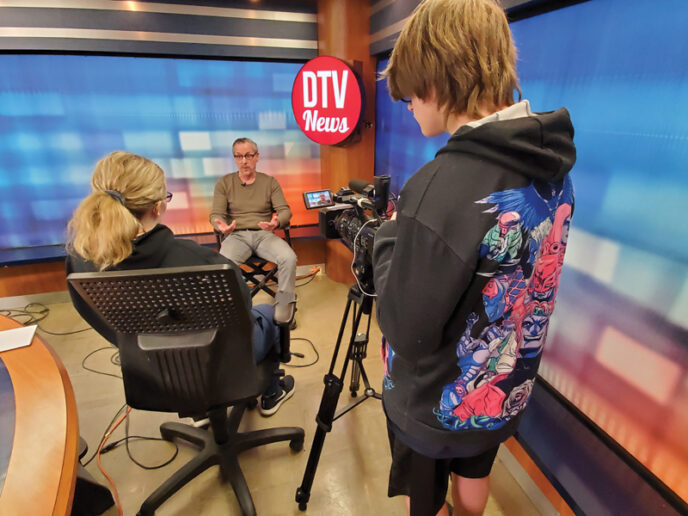 What makes the station’s success even more impressive is the fact that it is run entirely, top to bottom, by Davison High students. “I’m just here as a guide,” states Scott. “The kids run the whole thing. They handle the production, direction and programming. They create the art, write the stories and newscasts, and are the on-air talent. Every aspect of the program is handled by them.” ?

The station started in 2000 as an in-school, Davison newscast. “I joined the program in 2002 when it was just starting to branch out,” says Scott. “I really credit the school system for hiring actual television people like me. It helped shape the entire station into a professional model.” Next, the station moved into live broadcasts of sporting events, school concerts and local events. The station then added PSAs and documentaries (dubbed “specials”). “We cover concerts, football, volleyball, basketball, whatever we can,” adds Scott. “The kids are our camera operators, announcers, play-by-play analysts and sideline reporters. Some colleges don’t get this type of on-hand learning and access. Davison alumni are working in broadcasting and media jobs all over the country.”

Each year, DTV begins a week before school starts with the annual bootcamp, when new students learn the basics of camera operation, equipment use and production. “It’s basically our football camp,” says Scott with a laugh. At bootcamp, the majority of the year gets plotted out and ideas for specials get submitted and voted on. “The ideas come from all of us,” explains Scott. “We want our students to think and submit their ideas for the year. Last year, with the pandemic, we all kept a daily blog to document each day as it happened. We turned this into our ‘Confronting COVID’ special.” Past DTV specials include: “Undrinkable: The Flint Water Emergency,” “In the Line of Fire: Gun Violence in America,” “In News We Trust,” and “Great Lakes: On the Brink.” The specials are available at dtvnews.org and the DTV channel on YouTube. “We want to tackle real world problems that matter to all of us,” states Scott. 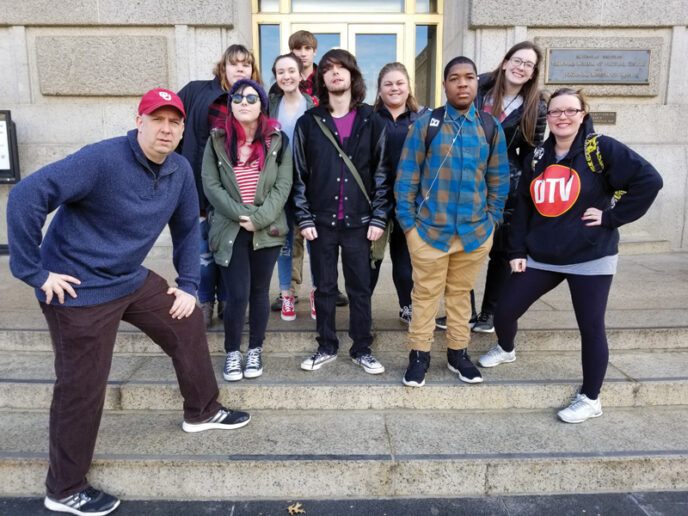 “The kids run the station and we treat them just as they’d be treated in a real world setting. Story deadlines, live on air, scheduling, news meetings, equipment care – you name it, they do it. Randy and I are just here to guide the ship and each year, I am more impressed with our kids.”
-Amy Lesko

One of the biggest challenges for Scott and Lesko is staying up-to-date with today’s news climate and access. “Everything is so much different from when I started,” Scott explains. “Social media is absolutely huge and nowadays, anyone can ‘go live’ with just their phone. It used to be special to be on television.” Another difficulty is overcoming the stigma that some have placed on news organizations and journalists. “It is a difficult task to get our students to understand why news is so important and the difference between real news and opinion,” says Scott. “Perhaps, the first lesson we teach is that social media is not reality. We all use it but it doesn’t translate to what’s really being said. Credibility is important, news ownership is a responsibility. It’s a big challenge.”

In August, the DTV News team was treated to a special experience when they were allowed to broadcast Davison’s first football game of the year live from The Big House at U of M in Ann Arbor.

“The kids are really excited,” Scott shares. “I was there almost two weeks early scouting the site. It’s a big deal for everyone and a big undertaking. Every game is a week-long event and being in Ann Arbor adds to the workload.” 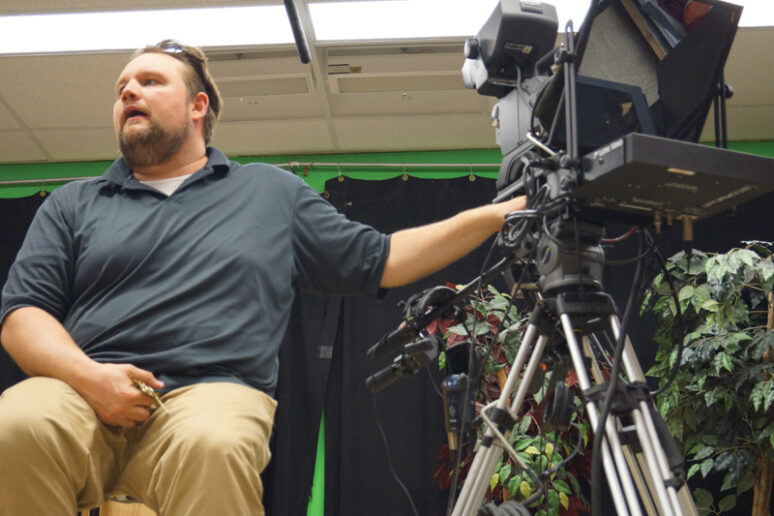 For a typical home football game, DTV students start preparing at the beginning of the week with research and planning, and creating graphics for the production. The day of the broadcast, a meeting is held immediately after the school day ends – equipment is checked, camera angles are mapped out. When the game begins, everything goes live, broadcasting on channel 191 in Davison and to the world on YouTube. “I actually have two groups of students working in tandem,” says Scott. “One is at the stadium reporting and the other is back at the school handling production and direction.” After the game, each crew handles clean-up. “We don’t get out of there until nearly 11pm. The students are at the school from 7am to nearly midnight. It really is a full commitment.” It is much the same process for every DTV live event.

Soon, those long days may get easier as Davison High School is getting ready to build a whole new DTV studio. “We have very limited space now and a larger area will allow us to create a much more professional setting and expand what we can do,” adds Scott. Perhaps with the new studio in mind, Scott has decided to throw a talk show or two into the mix for this new school year.

DTV News is the model of a high school program done right. The students gain vast experience and confidence to follow their own paths after graduation. Alumni have become TV producers, directors, news broadcasters and sports announcers. Scott and Lesko are proud of each and every one of their students, as Scott constantly documents and updates their achievements on the DTV website. “I love this job,” says Scott. “At the end of their tenure here, I want our kids to know that they are capable of anything. We really push it to another level and if they can do it here, they can do it anywhere.”