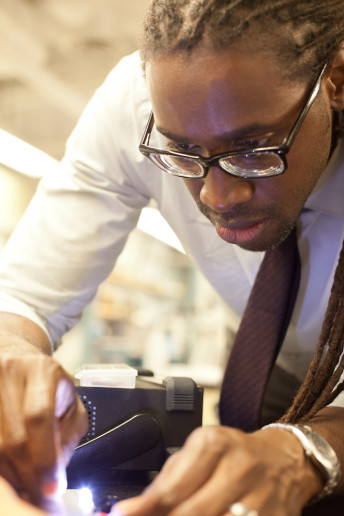 Originally from Bellevue, NE, Dr. Kyle is a 2002 graduate of Kettering University, where he earned a B.S. in Electrical Engineering. From there, he went on to a Ph.D. in Biomedical Engineering from Purdue University in 2007.

Last May, Dr. Kyle was a recipient of Columbia University’s Presidential Award for Outstanding Teaching after nominations from his students and colleagues. A top honor presented to only five recipients each year, the presidential awards “recognize teaching excellence at both the undergraduate and graduate levels and, in particular, honor faculty who have had a lasting influence on the intellectual development of our students.” The award was presented to Dr. Kyle at the 2017 Commencement ceremony by University President, Lee C. Bollinger.

Dr. Kyle joined the Columbia University Department of Biomedical Engineering as a lecturer in 2010 after completing his postdoctoral fellowship at the Indiana University School of Medicine, where he investigated the effects of electromagnetic fields on stem cells, invented a liquid metal pacemaker lead, and designed ECG analysis algorithms for ambulatory animal studies.

MCM asked Dr. Kyle to answer a few questions about his time at Kettering, his successful career, and his family’s hometown of Flint.

How did you happen to attend Kettering University?

My mother is from Flint and much of my extended family still lives in the area. As a child, my grandfather would bring me to campus and introduced me to the outstanding things happening at the former GMI (he knew that I wanted to be an engineer.) So, I was interested in the school pretty early in life.

In high school, I was accepted into the Academically Interested Minds (AIM) program at Kettering. AIM is a six-week residential experience in which students from around the country come to Kettering to learn about the school, take classes with university professors, and tour engineering companies. I did fairly well in the program, receiving a scholarship. That experience, coupled with the opportunity to be a co-op student, pretty much solidified my decision to attend Kettering. 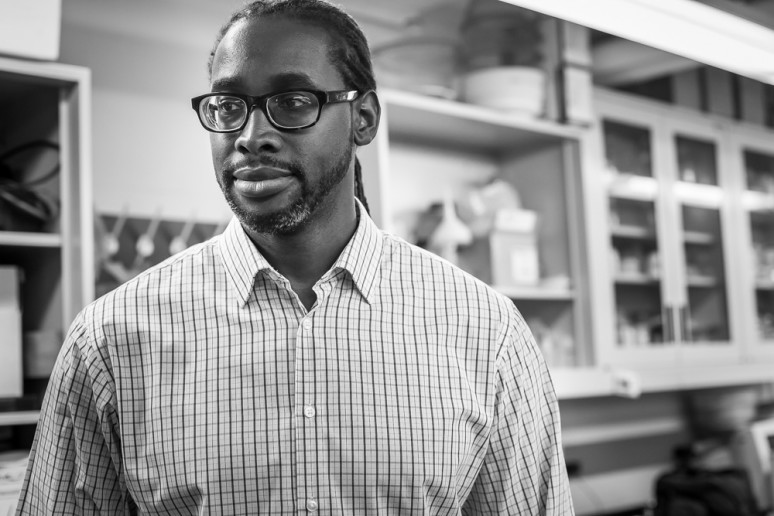 Please share some thoughts about your time in Flint and at Kettering.

I remain very fond of Flint. As mentioned, much of my extended family lives in the city or surrounding suburbs. My brothers and I spent several summers with our beloved grandparents in Mt. Morris and I can still remember the giddy feeling I’d get as we’d enter the city heading to their house. It pains me to see the struggles that Flint has been dealing with in recent years; there’s a serious dissonance between the place the I hear/read about on the news and the place that we visited growing up.

I have similarly fond memories of Kettering. Being a co-op student (three months at school, three months at an internship) taught me a lot about what I did (and didn’t) want to do career-wise. I got to work with excellent professors who were committed to the students’ education. I learned foundational engineering skills, as well as how to manage my time when faced with multiple challenges. I had the support of the wonderful folks in the Office of Multicultural Student Initiatives (especially Ricky Brown and Stephanie Jones.) I met people who are still dear friends. And, due to their proximity, I got to spend time with my aforementioned grandparents. It was a great college experience.

What aspects of your career are the most exciting?

The most exciting aspect of my career is getting to work with wonderful young people and seeing their transition from students to engineers.

Additionally, my job affords me opportunities to travel, meet new people and have novel experiences. I’ve traveled to Uganda, Japan, China, Chile, as well as throughout the U.S. I’ve got a bit of wanderlust, so this has been great for me.

It’s not any one achievement; but over the years, I’ve had several students go on to form startup companies (Kinnos Inc., Synotrac, Luso Labs, Cathecare Inc., Neopenda); I have students who are leading research in graduate school and pursuing careers in academia; and I have former students who are currently medical doctors, veterinarians and nurses. I’ve been able to watch, and to a small extent, guide their development. Probably the best thing a teacher can experience is when his students surpass his knowledge, which is what I’ve had the pleasure to encounter with many of my former students.

Are there any special people who influenced you? If so, who and how so?

My mother and father might be the closest thing in this world to perfect parents. They afforded me a lot of freedom to learn what interested me as a young person and pursue those interests. Their support made it possible to focus on academics for the majority of my life. Also, my grandparents; my grandfather was the kindest man I’ve ever known. 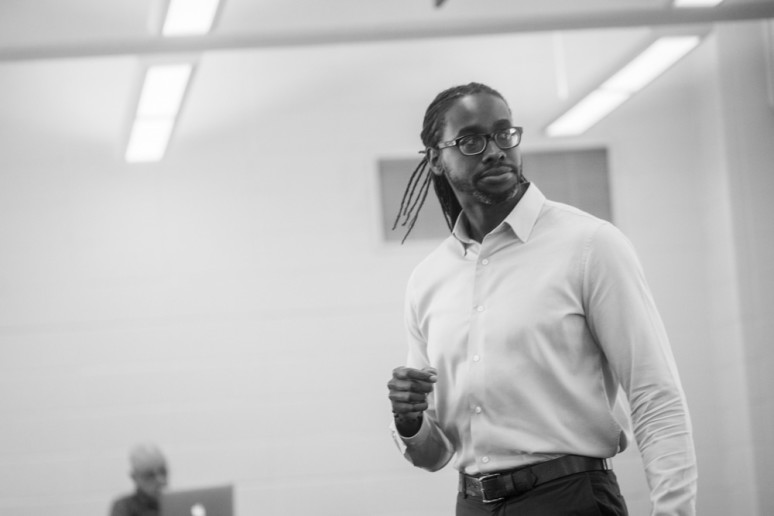 What do you hope for the future of your profession?

I still love being in the classroom and the regular interaction with my students. I want to remain in academia and eventually transition into being more of a person who shapes an academic program, e.g., as a head or dean of undergraduate studies. I would also be very interested in helping to form a biomedical engineering department at a college or university.

Do you keep up with news of Flint and its revitalization efforts?

Most of what I learn about the city’s revitalization efforts comes anecdotally from conversations with Flint-based family or through viewing Kettering media.

What do you do in your spare time?

I enjoy spending my free time with my son, wife and dog. I also love to read and work out regularly.

Do you visit Flint?

I’ve not been to Flint in several years. It might sound presumptuous, but I’ve got my fingers crossed for a Kettering invite.