Back in the early 1900s, a trolley was a common sight on the streets of Downtown Flint. And now, it’s back! The Downtown Flint Trolley made its inaugural run on January 12, offering free rides to residents, visitors, college students and anyone who wants to get around town a little more quickly. Downtown resident and volunteer, Kathleen Gazall, cut the ribbon at the debut event held at the Dryden Building. “I had always wanted a trolley in Downtown,” says Gazall. “We are very fortunate to have the funding and to have so many people work so hard to make it happen.”

According to Gazall, plans were in the works for about two years and funding to purchase the trolley was provided by Diplomat Pharmacy. The trolley is owned and operated by the Flint Downtown Development Authority (DDA). Gazall says it was a joint effort of many people, including the Flint DDA Executive Director, Gerard Burnash, Jack Stock of Kettering University, Marjory Raymer of University of Michigan-Flint, and Charlene Kowalski and her team at the Flint Mass Transportation Authority (MTA). 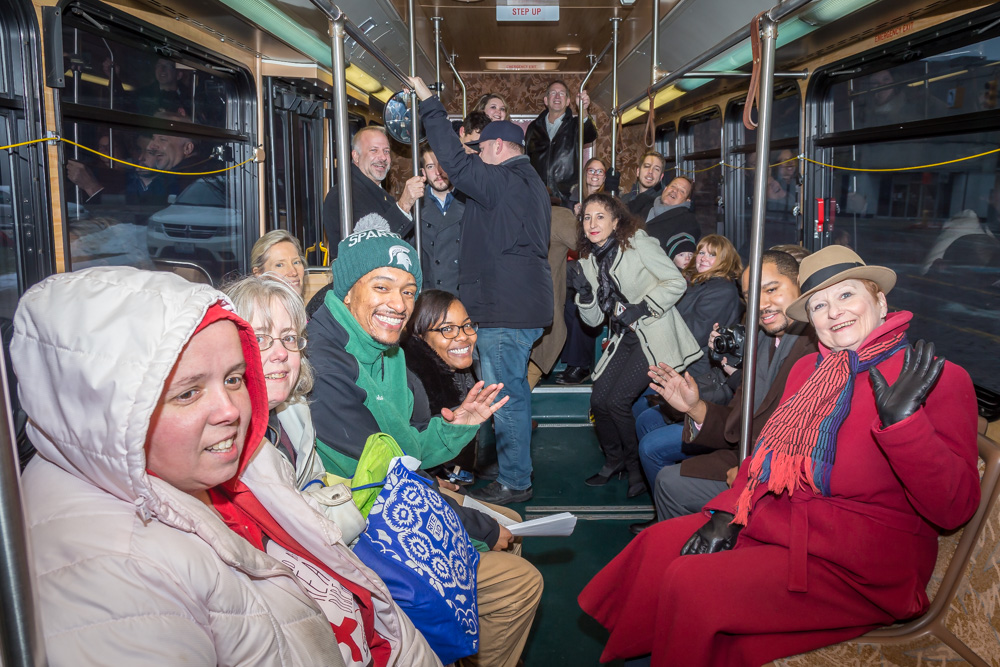 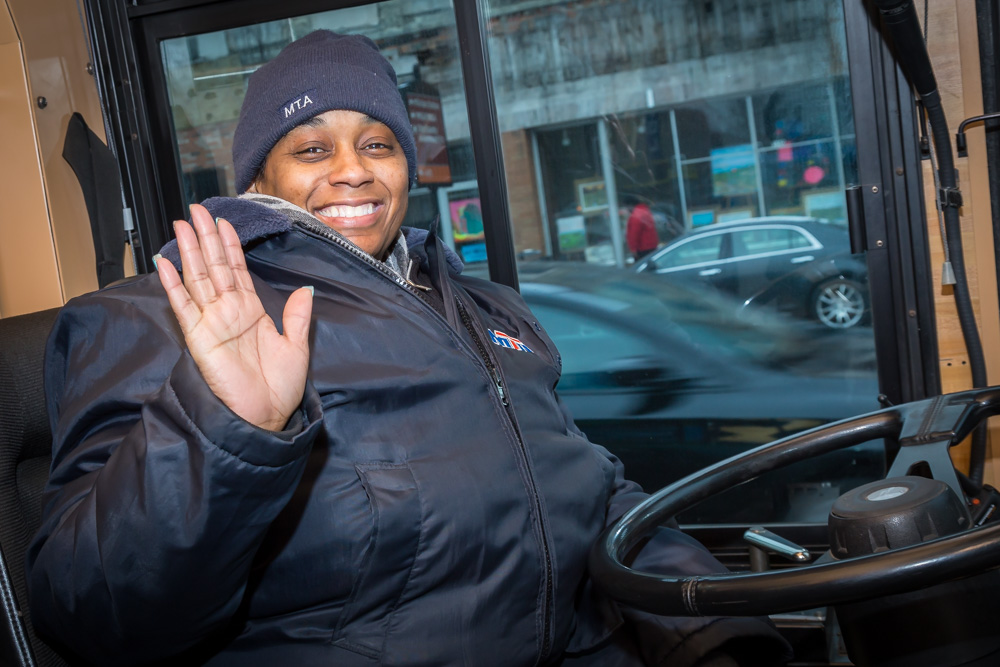 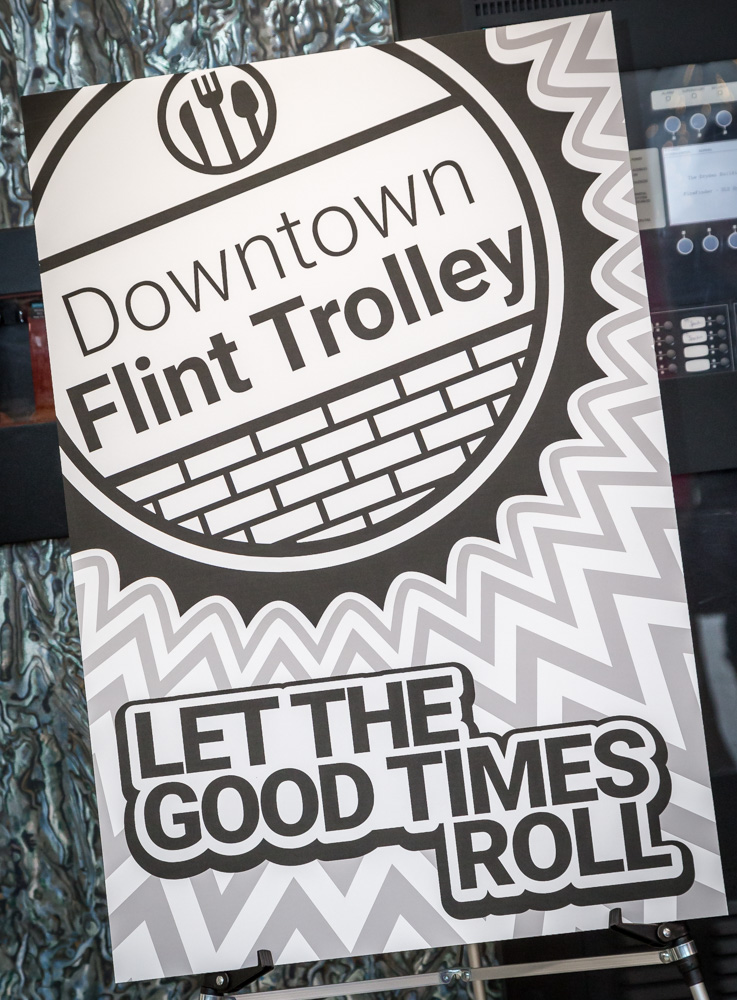 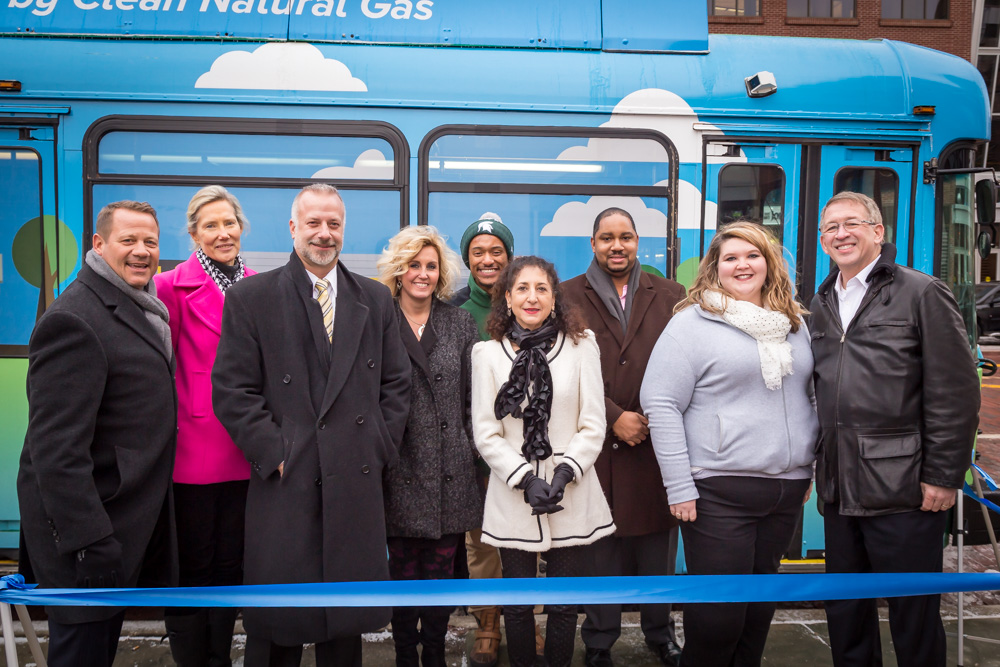 With seating for 27 passengers, the trolley will operate Thursday through Saturday, making an approximately 30-minute loop around Flint, with stops at various restaurants such as Tenacity Brewing and Soggy Bottom Bar, as well as City Hall, Flint Farmers’ Market and the colleges, to name a few. Hours of operation are 4pm to midnight on Thursdays, 4pm to midnight on Fridays, and 11am to midnight on Saturdays.

In a press statement, Phil Hagerman, Chairperson and CEO of Diplomat Pharmacy said, “I am so proud of Downtown Flint and all it has to offer. We want to make it easier for residents and visitors to see it all. Our thriving downtown needs a dedicated public transit system. The Downtown Flint Trolley fills that need in a unique and fun way.” Added Burnash, “With the growing nightlife and number of Downtown events, this trolley will make getting around and enjoying downtown Flint even easier.” MTA General Manager, Ed Benning, said the MTA is proud to be part of Flint’s resurgence and that the trolley will be a great asset.

As a Downtown resident, Gazall looks forward to using the trolley and to how much easier it will be for her and many others to get around town. The operating hours and usage will be reviewed and more days and times could be added to the schedule. “We want people to use the trolley,” says Gazall. “It’s part of the vision of moving Flint forward, and my goal is to have another trolley in the future.”

For more info about the Downtown Flint Trolley, visit FlintTown.com.