Standing in front of Judge Jennie Barkey is not like standing in front of other Genesee County judges. In her Mental Health Court, every defendant is known and understood, expected and encouraged. This court, the first of six now instituted in the state of Michigan, is providing an alternative solution to the sickening practice of criminalizing mental illness.

“I need to do this. I’ve been put in this position to try. The result is not up to me, but I have to try to work toward a better outcome.”
Judge Jennie Barkey

When Jennifer Barkey was appointed probate judge in 2006, she received a shock. “I’d been a judge for, I don’t know, fifteen minutes,” she said, “and I had over 50 cases wherein I had to order an involuntary pick-up of someone with a mental illness who was off their medication.” Frustrated by the vicious cycle of mental illness and insufficient treatment – a cycle that often ended in a jail sentence – Barkey heard about a mental health court in Ohio and went there to observe. Determined to institute the same court in Genesee County, she began by assembling a team, which included a clinical liaison from Genesee Health System and two attorneys willing to volunteer their time to represent defendants. “When we first started,” Barkey remembered, “our clinical liaison would cross-check a list of all the inmates in the jail every morning against a list of GHS clients. When we found a match, we would look into their charges, and if they met the requirements, we would have our attorney meet with the defendant and ask if they would like to try the Mental Health Court program. If they agreed, we’d talk to the judge on the case about a transfer.” This labor-intensive process is somewhat eased nowadays, says Judge Barkey, since other Genesee County judges now know about and believe in the program and refer appropriate cases to her. 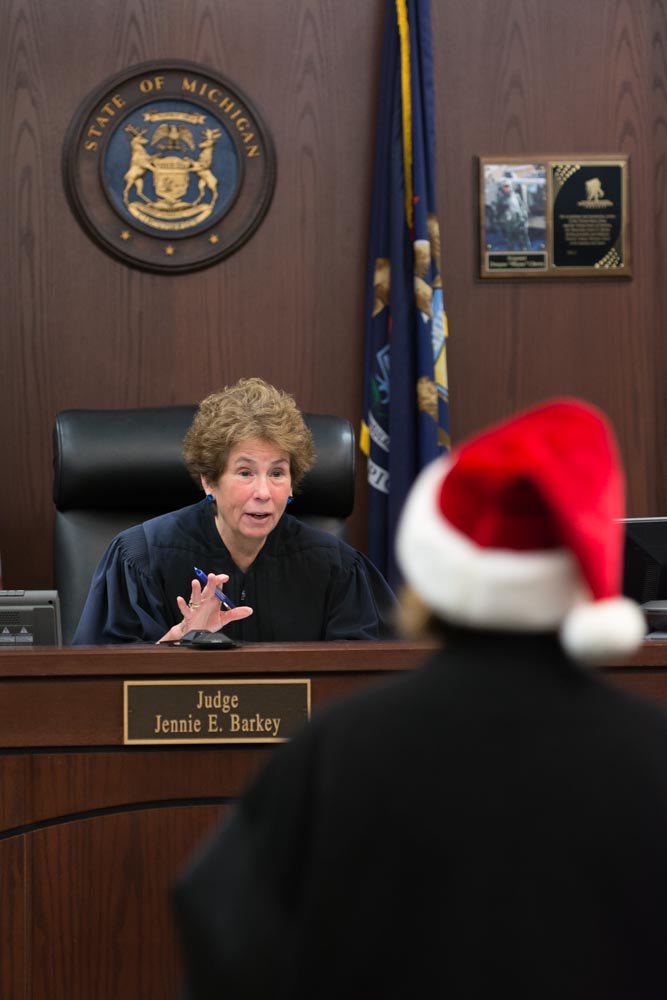 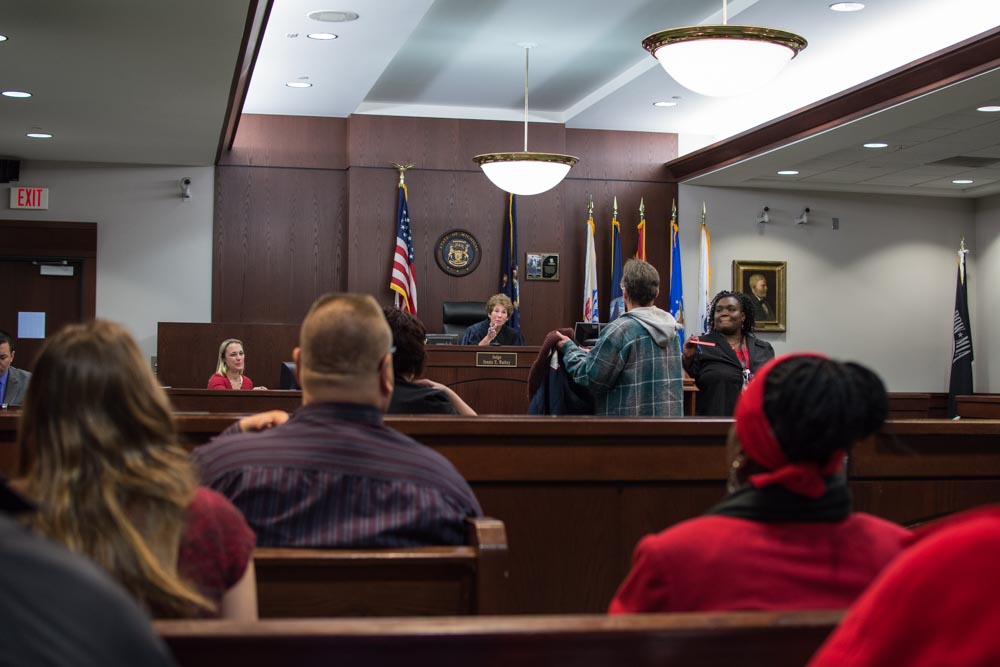 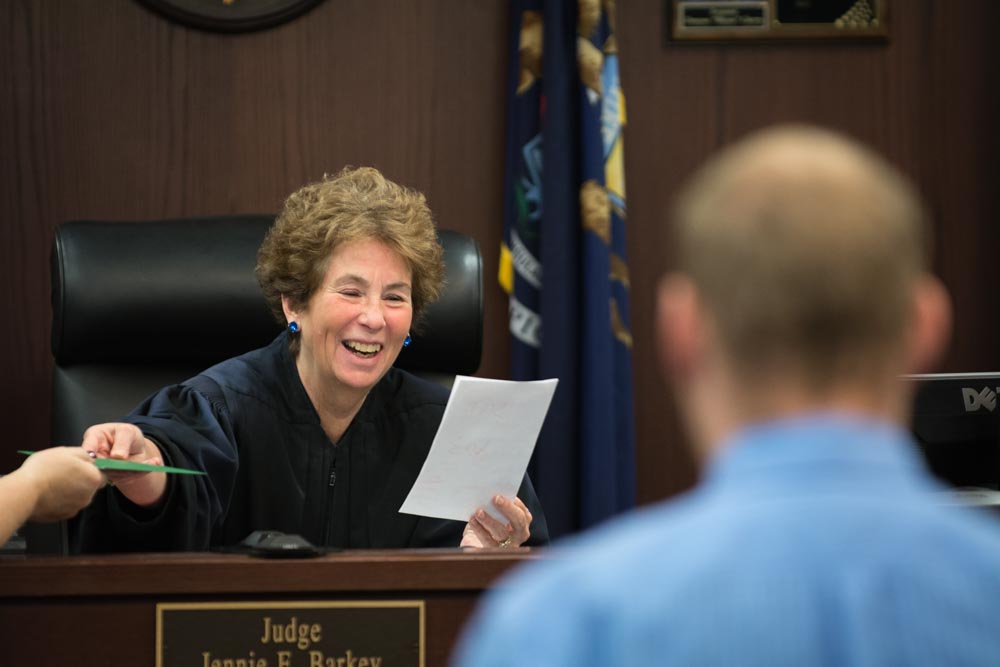 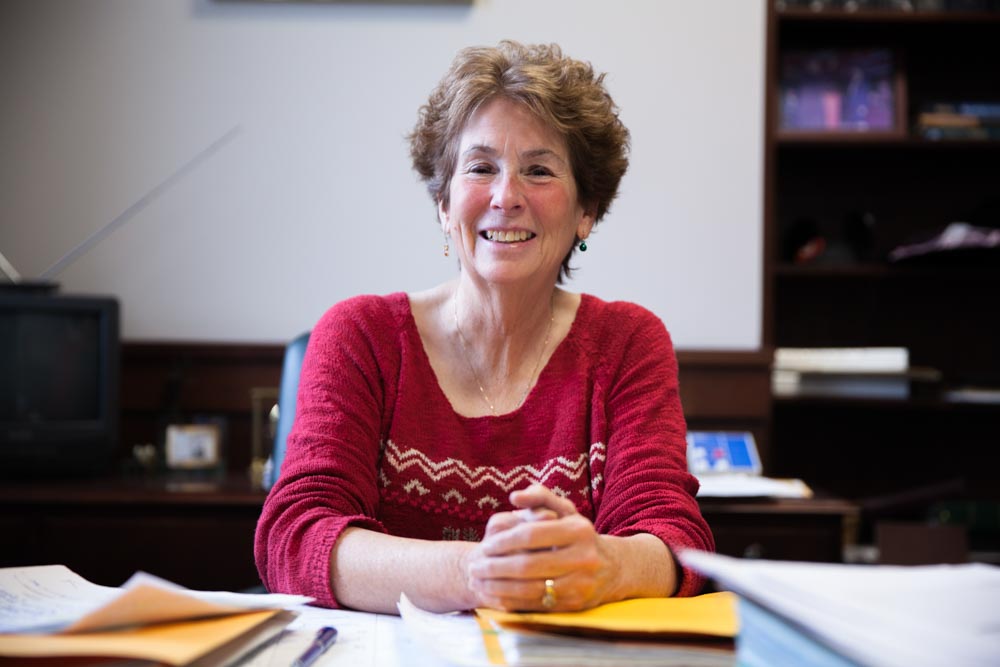 Clinical eligibility for the Mental Health Court involves an Axis I diagnosis of bipolar disorder, schizophrenia, or schizoaffective disorder. The person in question is one who was not compliant with treatment at the time of arrest but afterwards expresses in writing their willingness to take medication for their condition. Legal eligibility excludes certain types of crimes such as murder, criminal sexual conduct, armed robbery and major controlled substance offenses.

The Mental Health Court works like this: defendants who wish to enter the court plead guilty to their crime and are transferred to Barkey. If they don’t have one already, they are assigned a GHS caseworker who assists them with managing their medication, securing housing, enrolling in substance abuse counseling, and accountability. Each week, participants appear before Judge Barkey, who makes minute enquiries into their weekly activity and orders medication reviews, counseling, and activities to fill their time such as volunteering. If a defendant can make it through Barkey’s court for 12 months, they “graduate” and their charges are legally dismissed. If not, Barkey sentences them for their crime. Is this a struggle for her? “No,” she said without a hint of remorse. “Everyone in my court knows that this is a great opportunity. If they mess it up, it is a conscious choice on their part, and at that point, it is my responsibility to sentence them.”

There are no generalizations for the people who stand in front of Judge Barkey except that this is their last chance. Honesty is the bedrock of her court, and she doesn’t mince words. “When’s the last time you smoked crack?” or “Will the drug test be clean?” she asks. “How’s your grandmother?” she enquires of another. “Can I take you off my worry list? I was worried about you last week,” she says to yet another. She knows almost every particular of their lives and struggles, “although, I’m sure there are a few things that the caseworkers hide from me,” she said with a laugh. Barkey, the caseworkers and the defendants work together to navigate barriers, which are never the same from person to person, to keep the latter on an upward path. A grant from the state pays for court expenses such as drug screens and bus passes, and even such things as the occasional coat or a little Christmas gift for each person.

To date, 161 people have graduated from the Genesee County Mental Health Court, and their success gives the judge hope. “It makes me feel like it’s worth it when I see these people getting better week after week,” she said. An outcome evaluation of Michigan’s Mental Health Courts in 2012 reported that the programs had a positive effect on this population. Not only does the program lower the incidence and intensity of medical treatment administered at Community Mental Health Centers, but recidivism rates were also lowered. In fact, successful program completion strongly predicts a lack of future recidivism: only 6.3% of people who completed the program were charged with a new offense. And while these numbers are impressive, the court is all about humanity. The point is not just to treat and help people with severe mental illnesses, but to fight the stigmas that lead our “normal” society to ostracize and ultimately lock up those whose biggest crime is that they are sick. ♦