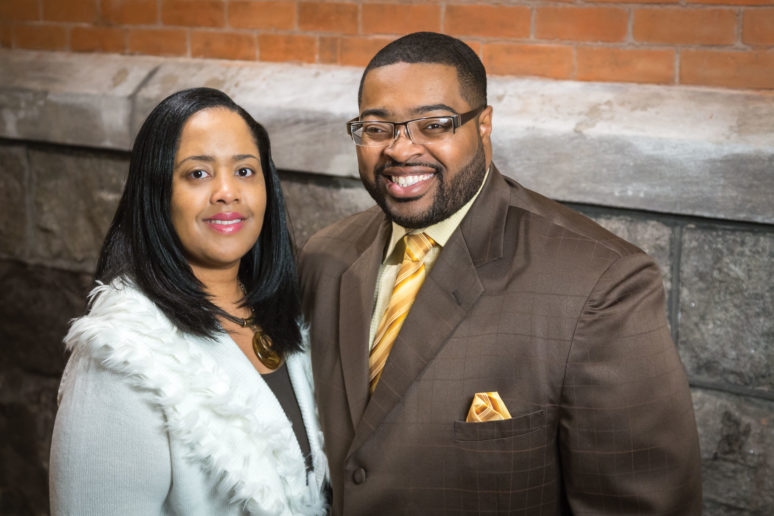 The new Coolidge Park Apartment complex is open and ready for tenants, according to Glenn Wilson, Co-Founder and President/CEO of Communities First, Inc (CFI). The most recent of several projects undertaken by CFI, the former Calvin Coolidge Elementary School building has been given new life as a mixed-use, mixed-income development that represents $16.5 million of investment secured by the nonprofit organization for the Flint community.

The redevelopment of the school building located at 3701 Van Buren Ave. was completed in September, turning classrooms into 24 one, two, or three-bedroom apartments. The new, three-story structure that sits next to the former school houses 30 apartments, commercial office and retail space, and a community center. A Grand Opening celebration was held on September 23, attended by many local, state and agency dignitaries, former Coolidge students and members of the community.

Calvin Coolidge Elementary School was listed on the National Register of Historic Places in 2018. It was constructed in 1928, with additions in 1951 and 1970. The school closed its doors in 2011 due to high costs and low attendance. CFI bought the building from the Flint School District in 2015 with the intention of transforming it into much needed, affordable housing.

“This is a really cool project and a major investment in the community!”
Glenn Wilson

It was important to Wilson to see the building repurposed as it has personal meaning to him. He attended school at Coolidge along with his brother, sister and a cousin, who died in a house fire. “It’s the last school we all attended together,” he shares. 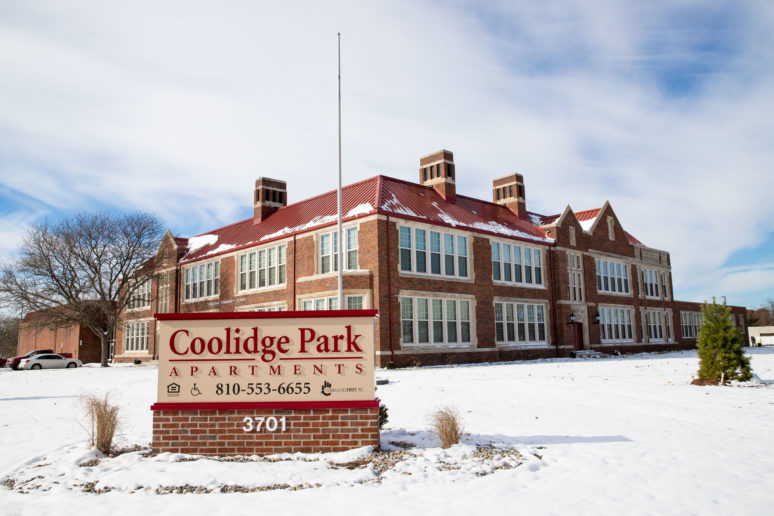 A couple hundred people have applied to live in the apartments. “This is a really cool project!” Wilson exclaims, “and it is a major investment in the community. It will provide quality, affordable housing for those who need it most. I’m proud that I was a Coolidge Cougar and it brings me great happiness to redevelop this school for my fellow Cougars.”

Communities First, Inc. is a Flint-based nonprofit Community Development Corporation which was founded in 2010 by Glenn and Essence Wilson. The priorities of CFI are affordable housing, economic development, green programs and quality of life programs. CFI is committed to building sustainable, equitable communities in distressed areas. The organization is the developer of Oak Street Senior Apartments and Swayze Court Apartments located in Downtown Flint. For info about Communities First, Inc., visit communitiesfirstinc.org.

On October 28, Communities First, Inc. broke ground its latest project, Berkley Place Apartments. According to a statement released by CFI, the project addresses several important community needs, including blight, affordable housing and neighborhood redevelopment. Residents previously identified the vacant eyesore at 1207 N. Ballenger as a property in need of redevelopment and wanted to see something happen with the former office building.

“We are excited to see this project move forward,” said Glenn Wilson, President/CEO of CFI. “While there are some people who don’t agree that everyone in our community deserves quality, affordable housing, Communities First, Inc. and our partners are tireless advocates for those in need. We look forward to residents moving in and getting involved in the community with a fresh start at this new development.”