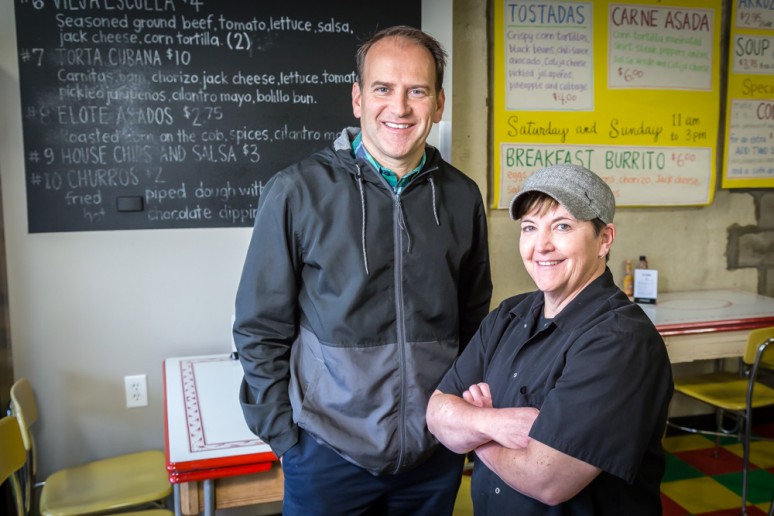 Chef Jody has always wanted a food truck from which she could serve a wide variety of Latin American food, so El Topo was created to be like a “food truck in a building.” “Seatless restaurants are a big trend right now,” she explains. “Many people are eating on-the-go and just want to grab something that is fresh and delicious, served fast, and can be eaten on the run.” Co-Owner, Mark Hamel, adds, “It is definitely more than a taco joint.” The food can be ordered to-go and there is seating for 30.

The décor at El Topo, which opened last August, is bright and colorful, with a green, red, and yellow tiled floor. Lively music adds to the charm. The food is fresh, made from scratch, and very affordable. “We deal with local farmers,” explains Mark, adding that the pork is provided by a farm in Byron. The Latin-American theme lends itself to a menu of dishes that have unique flavors. And Chef Jody has given patrons a wide variety to choose from, including tastes of cuisine from countries like Cuba, Ecuador and Mexico. 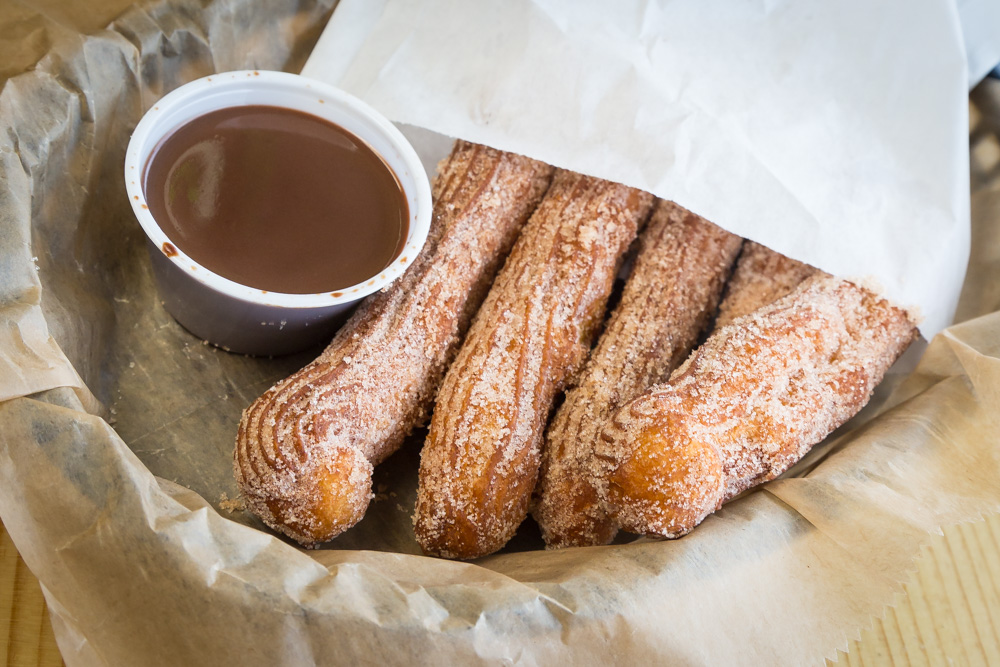 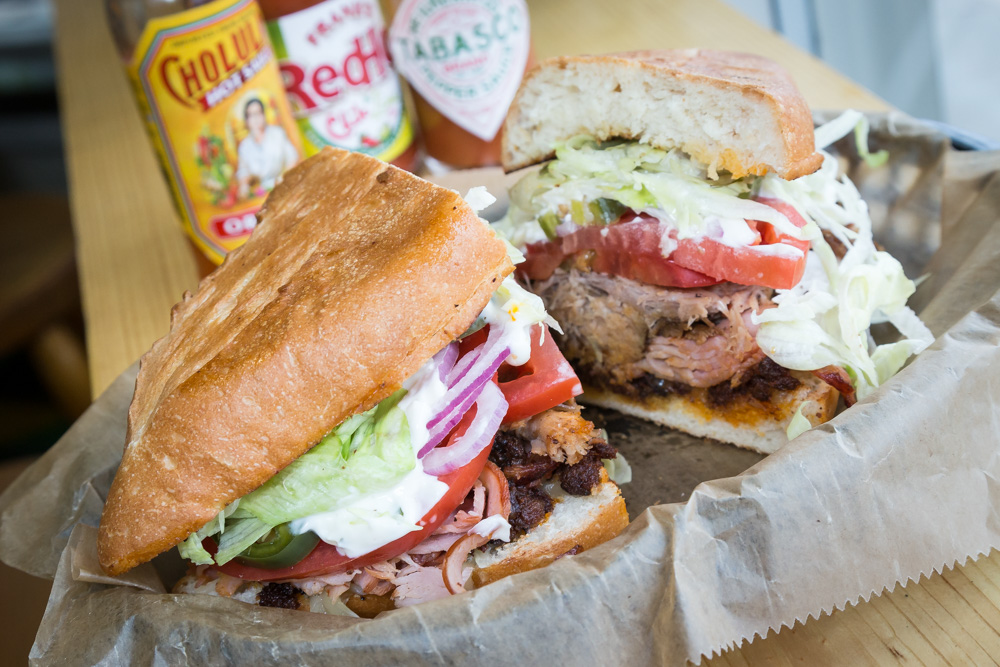 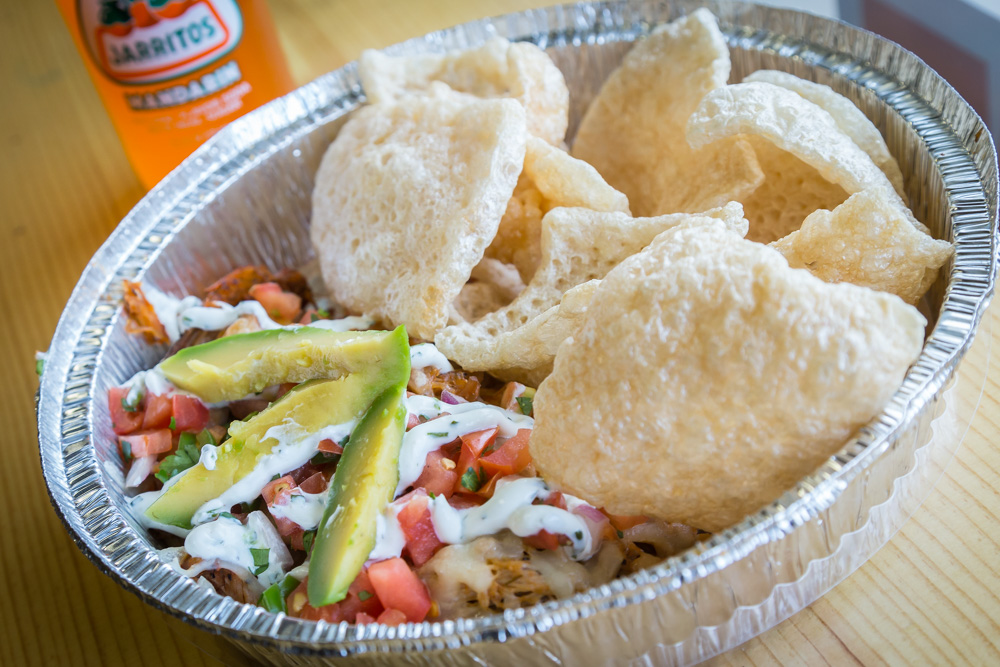 The regular menu includes ten items and one of the most popular is Aguacate Frito – tempura-battered avocado, pickled red onion, black beans, red chile sauce and Cotija cheese served on a flour tortilla. “It’s made with a fresh avocado that is deep-fried,” says Chef Jody. Also very popular are the Pork Belly Arepa and Chicken Tinga Nachos, which Chef Jody describes as the “L.A. version of nachos.” The dish is made with chicharrónes (fried pork skin), chipotle chicken, jack cheese, house pico de gallo, avocado, and cilantro-lime cream. Many regular patrons order the Torta Cubana, a Cuban sandwich. 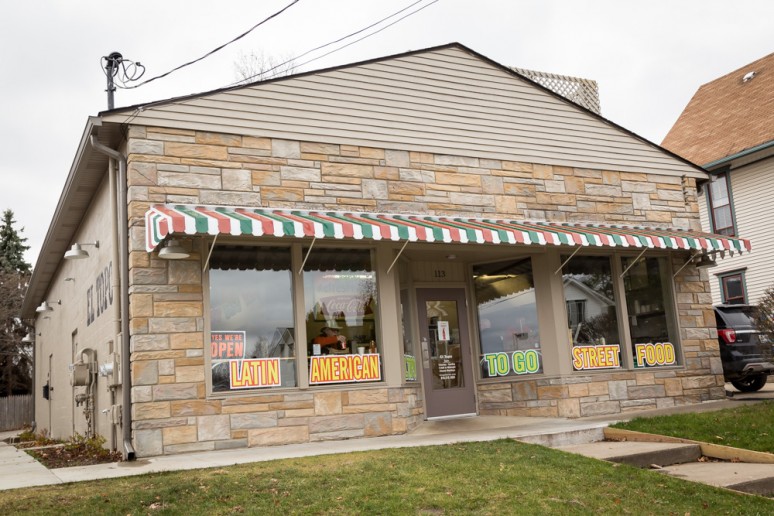 El Topo’s daily specials are more Tex-Mex, including enchiladas, quesadillas and tostados. Sunday’s special is Carne Asada – a corn tortilla topped with marinated skirt steak, peppers, onions, salsa verde and Cotija cheese. All of this tasty fare can be washed down with Mexican beer and assorted bottled beverages. To satisfy your sweet tooth, order some Churros, a dessert Chef Jody describes as deep-fried dough (similar to a cream puff), which is dusted with cinnamon sugar while it’s still hot. The delightful bite of deliciousness is served with house-made chocolate sauce made with Mexican chocolate chips, cayenne, vanilla and cinnamon. 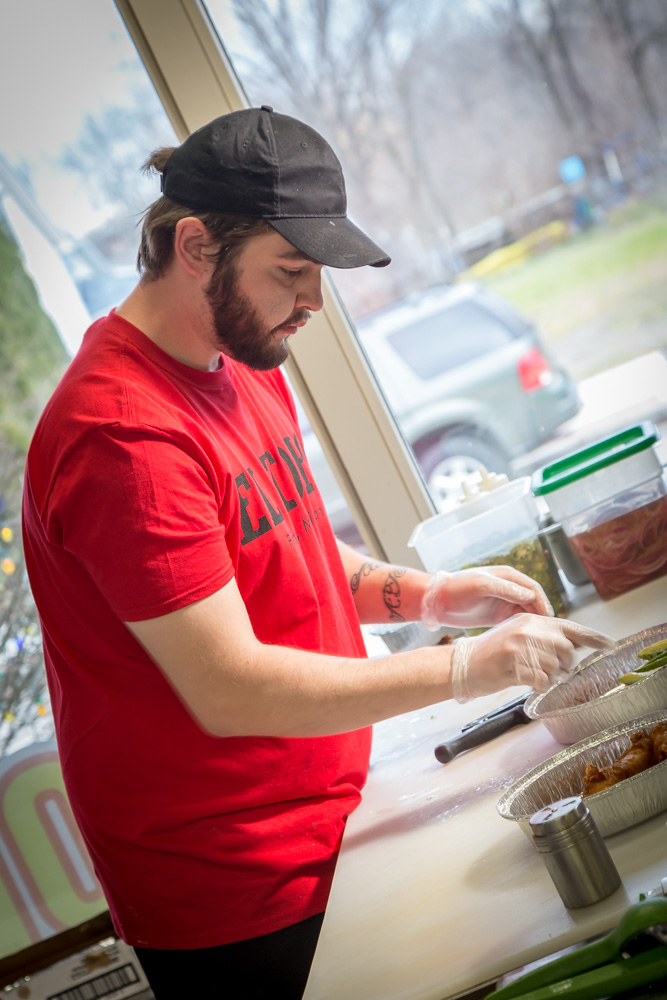 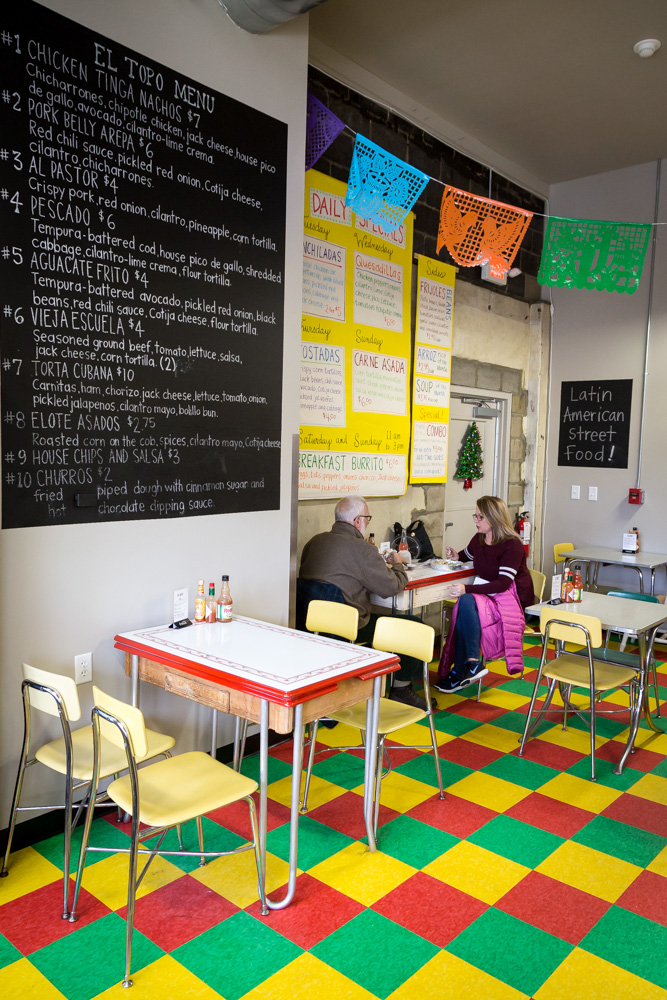 While Chef Jody created the recipes used at El Topo and set up the procedures, her son, Kyle Brunori, manages the kitchen and does most of the cooking. “We have a really good team,” says the Chef. “We all work well together and the staff is dedicated to the craft.” Chef Jody is excited that the restaurant has brought something new and different to the city of Fenton. “It is unique and ahead of the trends. We’ve gotten great feedback!” she exclaims. The establishment recently caught the attention of the popular men’s lifestyle website, thrillist.com.

Mark is proud that they were able to take an eyesore and turn it into something really nice. “It’s been a fun project and we have great talent,” he shares. There is something else that adds to the appeal of El Topo; in the back of the restaurant sits a Pringles vending machine. “Push the ‘Original’ button and see what you find,” Mark says with a smile. “It’s another hidden gem.”