﻿A random flier on a bulletin board was all Greater Flint Pilots Association (GFPA) President Eric Johnson needed to see. “After earning my pilot’s license in Owosso, I was looking for a little bit more freedom to fly,” he recalls. “I remembered a flier for the GFPA I had on a bulletin board. They were just what I was looking for.” Before the GFPA, Johnson was renting planes at the Owosso flight school where he earned his license, but they were always in use by students and instructors. He could only fly an hour here or there and longer trips were out of the question. At GFPA, trips of a week or more aren’t uncommon and it’s not unusual to check out a plane, fly to Mackinac Island for lunch and head home for dinner. “That’s called the $200 dollar hamburger trip,” Johnson laughs.

The Greater Flint Pilots Association is a professional, non-profit corporation dedicated to the safety and advancement of aviation in Genesee County and beyond. Incorporated in 1975, the GFPA once boasted a membership of over 100 and operated nine airplanes of different makes and models. “Today, we have 55 members and a fleet of four planes we maintain,” Johnson adds. “We still have two active founding members.” At an enrollment of 55, the GFPA is still regarded as one of the most robust and best flying clubs in the state.

In hangars located at Bishop Airport, the GFPA maintains four planes for member use: a N3559E 2001 Cessna Skylane 182T, N518SP 2000 Cessna Skyhawk 172SP, N6294T 1983 Cessna Skylane 182RG, and N818CD 1997 Piper Archer III PA-28-181. Each is regularly maintained and inspected for safety and if any issues are found, will be grounded until it is fixed. All the planes are equipped with auto pilots and the club is currently upgrading the planes with new state of the art auto pilots and avionics. “Each member is part-owner of the planes in our fleet,” explains Johnson. “We want to promote affordable flying and this is the best way we have found to do so.”

If you love to see the world from above, Johnson urges you to join the GFPA. 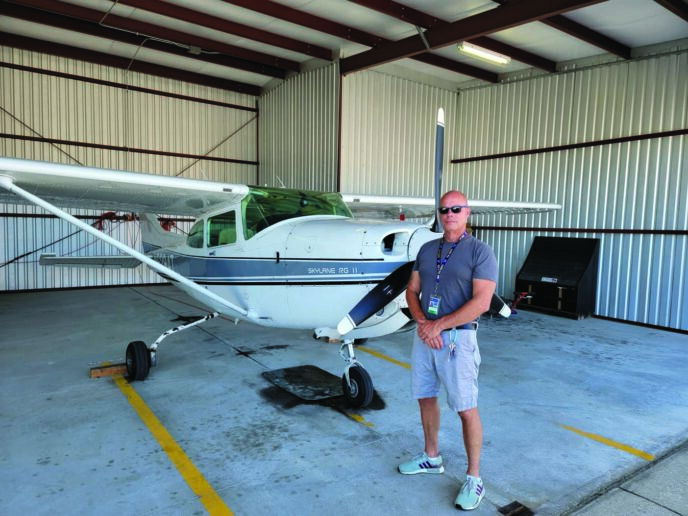 For those who have dreamed of soaring amongst the clouds, the GFPA has a group of licensed flight instructors to help members gain their initial license and more should they wish to continue their education and potentially, fly professionally. Instruction is open to members, but enrollment is limited. “We limit the number of students we accept in order to keep flying time open for club members,” says Johnson, “and we take it very seriously. We expect a student to make reasonable progress over time and to be committed to their goal.” The GFPA works hand-in-hand with Crosswinds Aviation Flight School to help new pilots gain their wings and earn their hours. The majority of students are taught through Crosswinds and supplementally through GFPA membership. After gaining the initial pilot’s license, students and members can add additional ratings and certifications including instrument rating and commercial licensure. To help make aviation training more affordable, the GFPA has set up Michigan Takes Flight, a 501c3 non-profit dedicated to awarding the funds needed for a temporary GFPA membership for flight instruction to residents of the Flint area. The non-profit is headed by GFPA members Rick Havourd and Harry Hammond. “General Aviation has fallen by the wayside and most flight schools are out of business,” says Hammond. “We set up Michigan Takes Flight with the goal of educating students for, and getting them interested in, an aviation profession. The scholarship covers the cost ($3,500) of a GFPA membership for the duration of their training. Once a student moves on, the money becomes available for the next in line. Flight instruction is not inexpensive and the scholarship can help someone get a head start on training.” Careers in aviation include professional pilot, air traffic controller, plane maintenance, airport administration, etc. The jobs are open to anyone with interest and drive. For more information, please visit michigantakesflight.org. 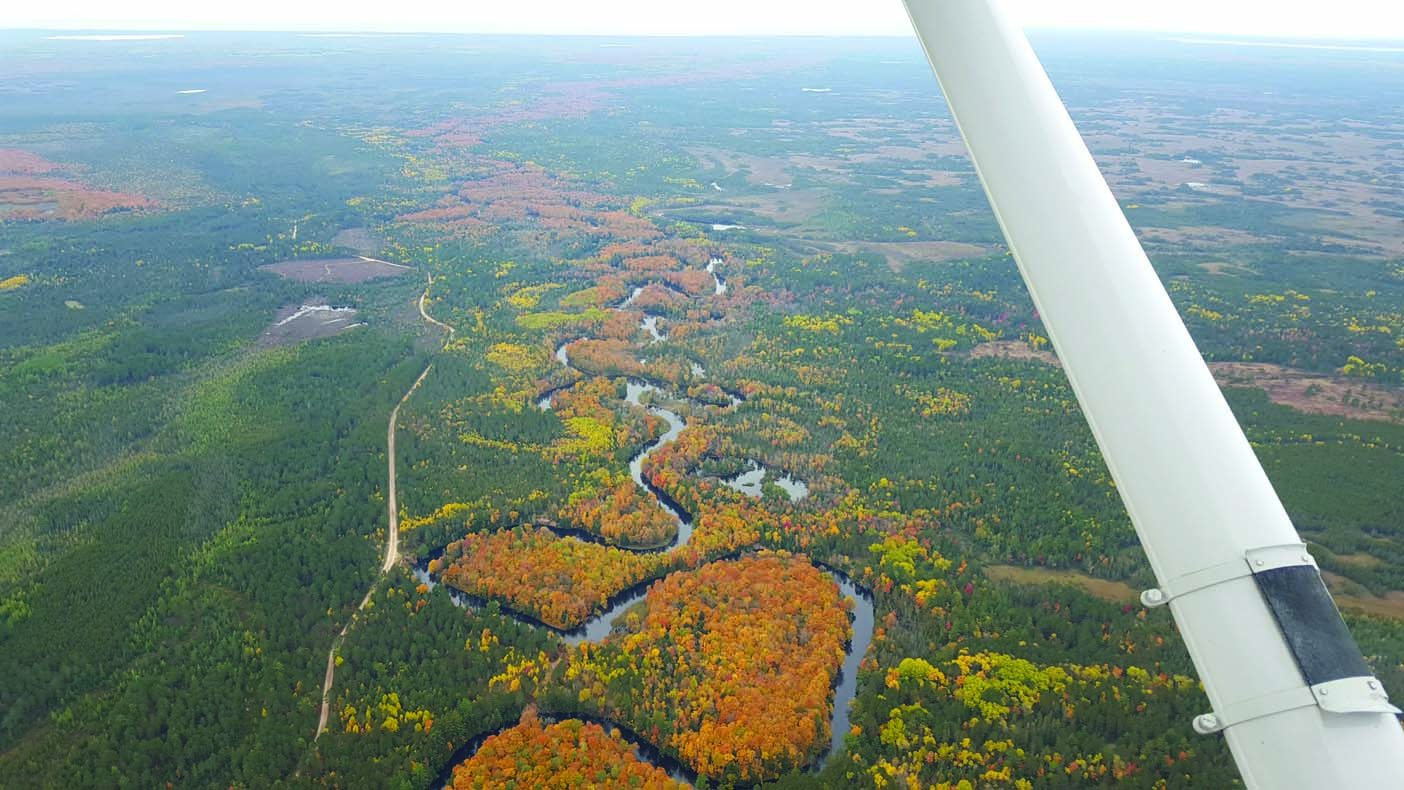 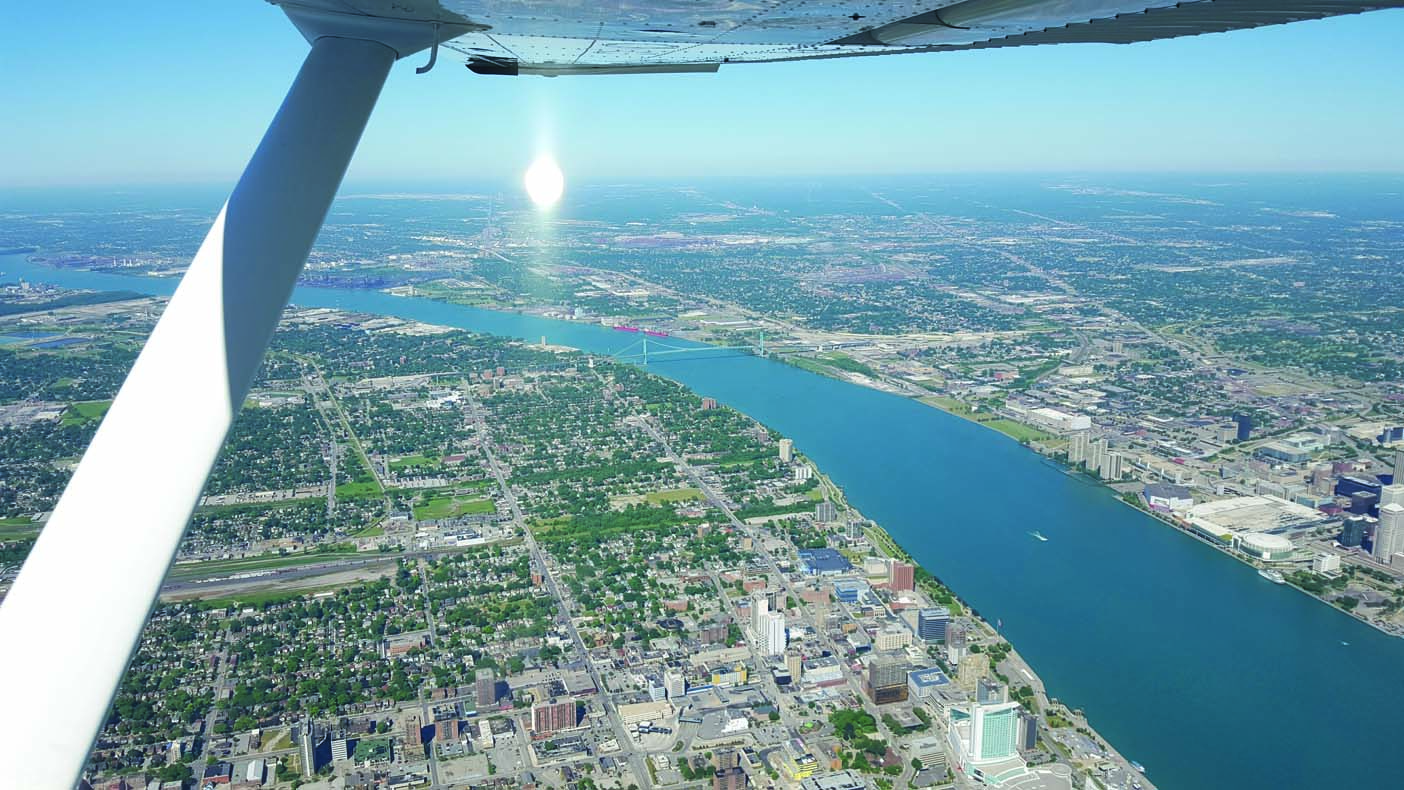 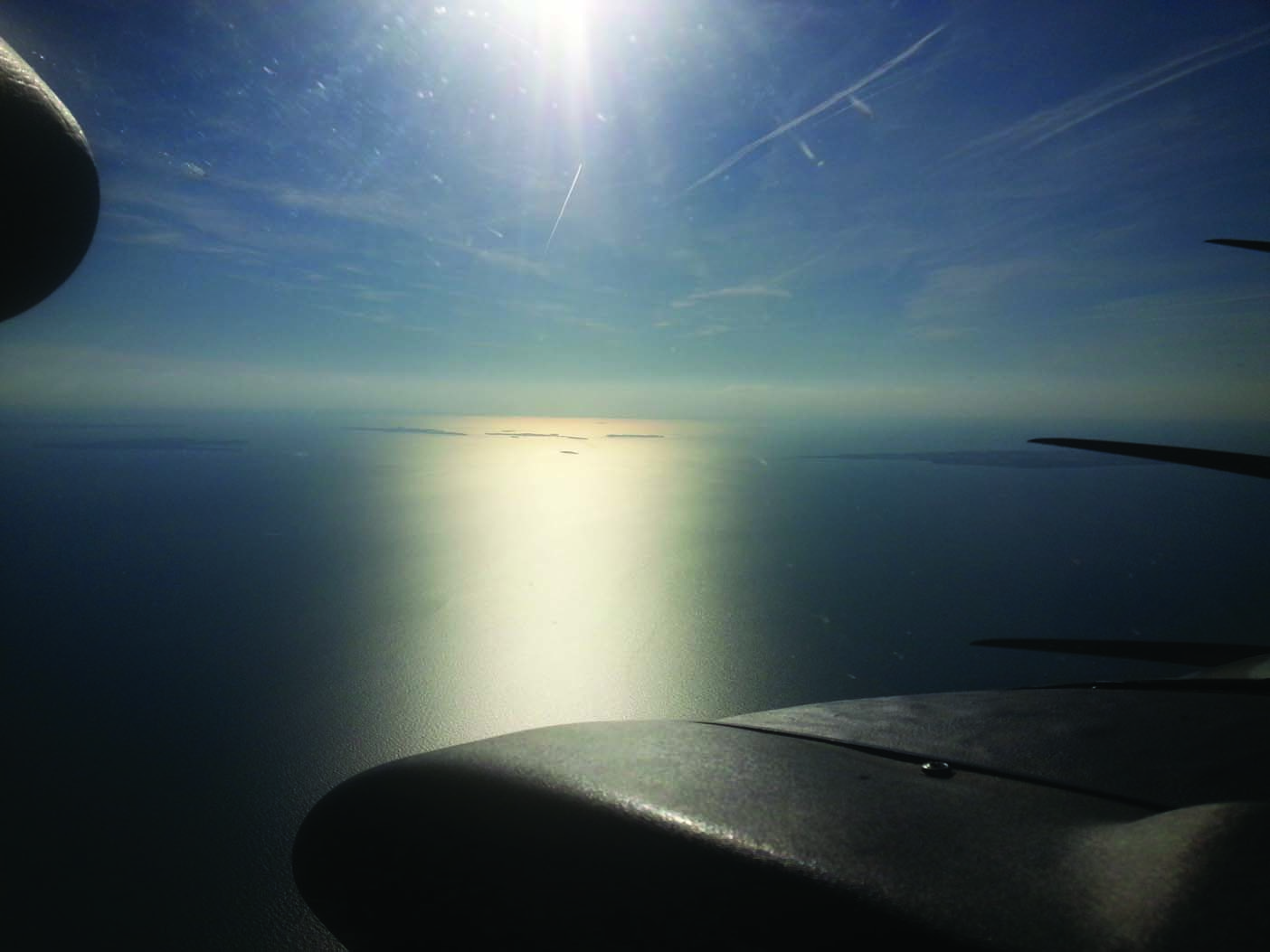 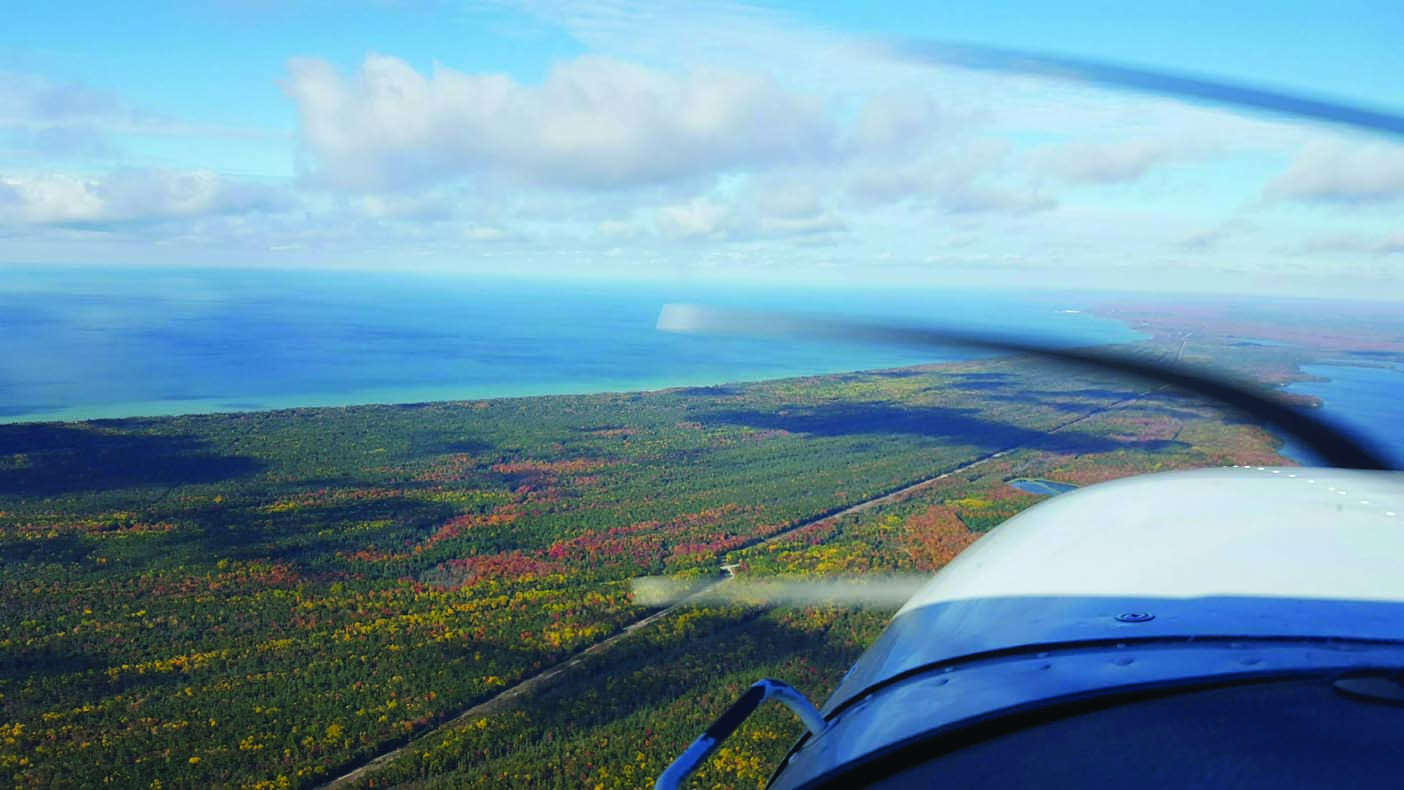 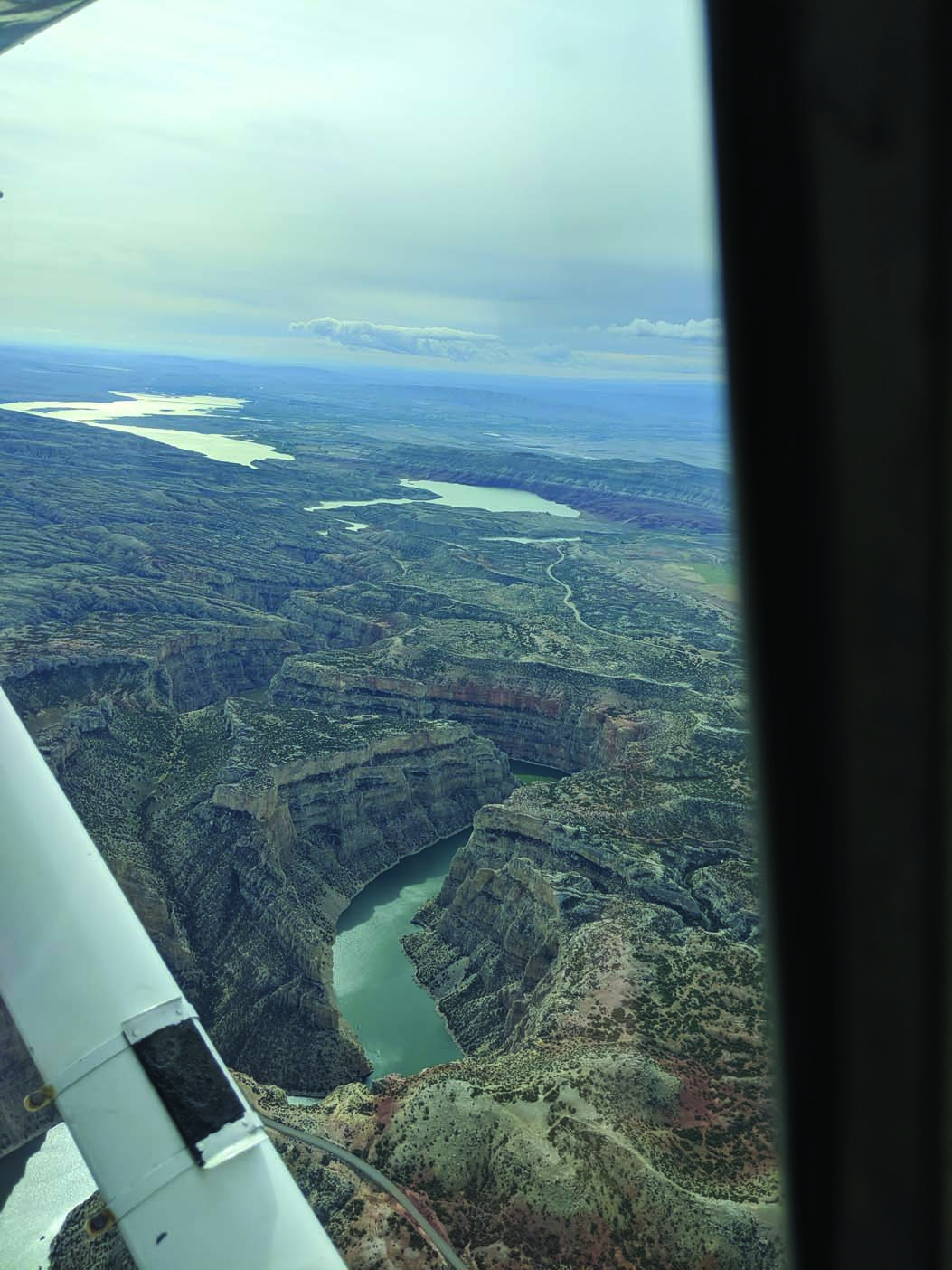 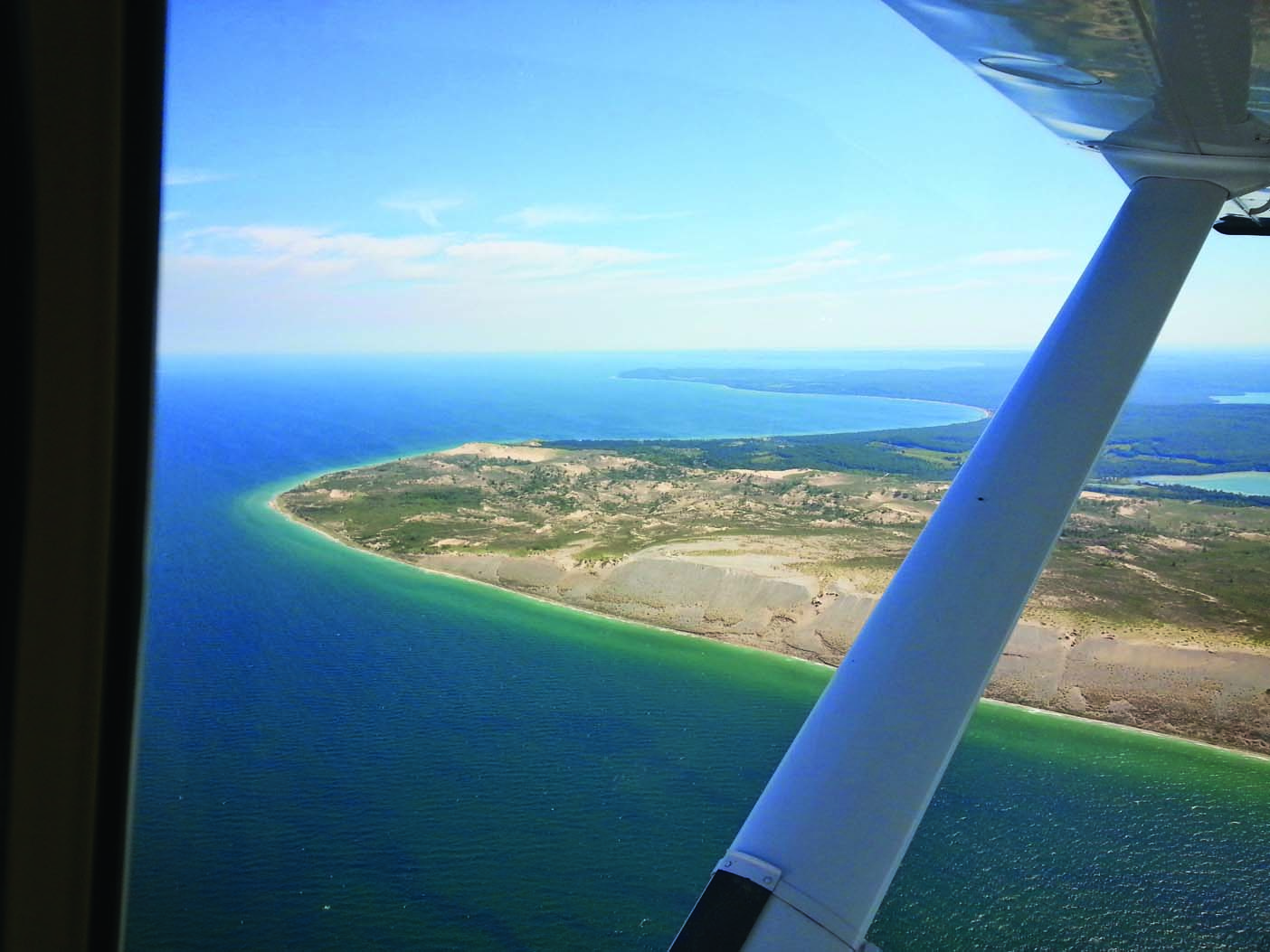 The GFPA is open to established pilots and those willing to take flight for the first time. Each potential member must fill out the membership application located at gfpa.org listing flight experience, if any. Current pilots who wish to join must apply and if selected by the board, must pass a 1.5-hour checkout ride with an instructor for every plane they desire to pilot. “Every aircraft is different and we must make sure you can handle our craft with professional ability,” explains Johnson.

If you love to see the world from above, Johnson urges you to join the GFPA. “I was fascinated by planes as a kid growing up in Flushing. We had a neighbor who was a former pilot in Vietnam and I loved to watch him fly,” he shares. “Before I learned to fly, I was an avid scuba diver and I felt that I had seen a lot down there so, naturally, the next step was to go up. I received my pilot’s license in 1999 and have been in love with flying ever since.” Johnson and his fellow members are always looking for new people to join the GFPA. “Our pilot population is aging,” he states. “We have a lot of members in their 70s and 80s. That’s not a bad thing – they are still active and love flying – but like everything else, I see a lack of interest in the younger generations.” 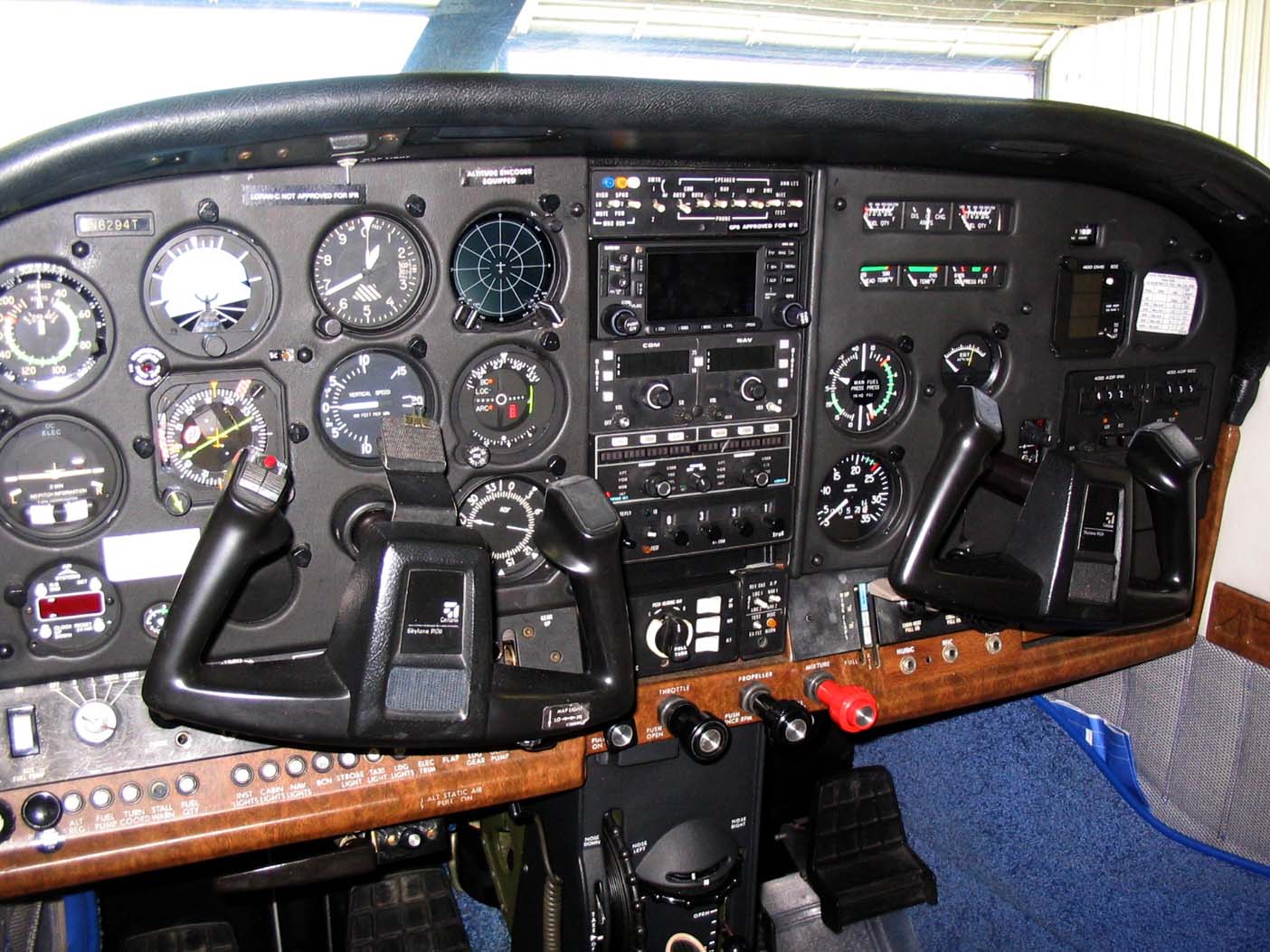 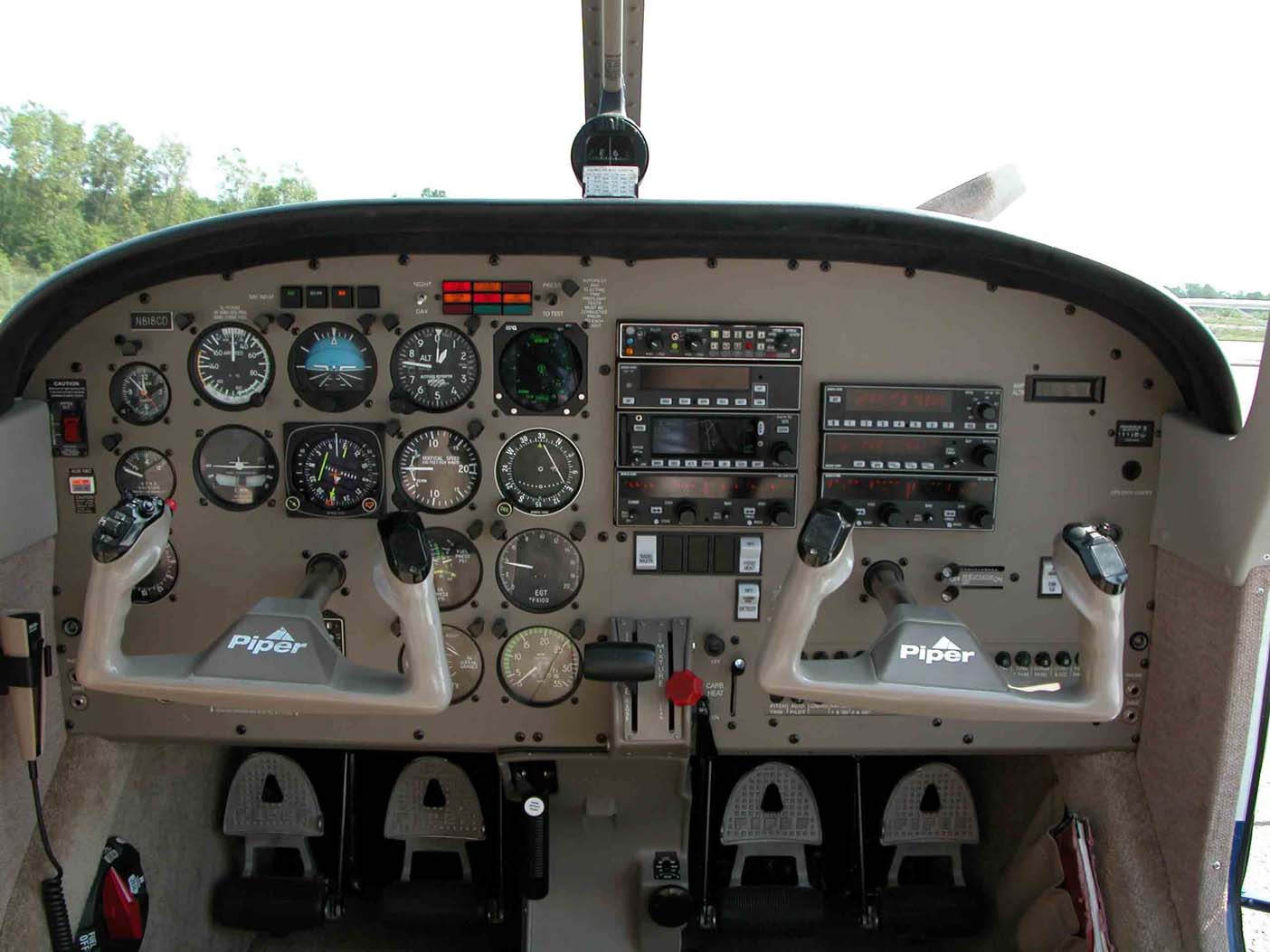 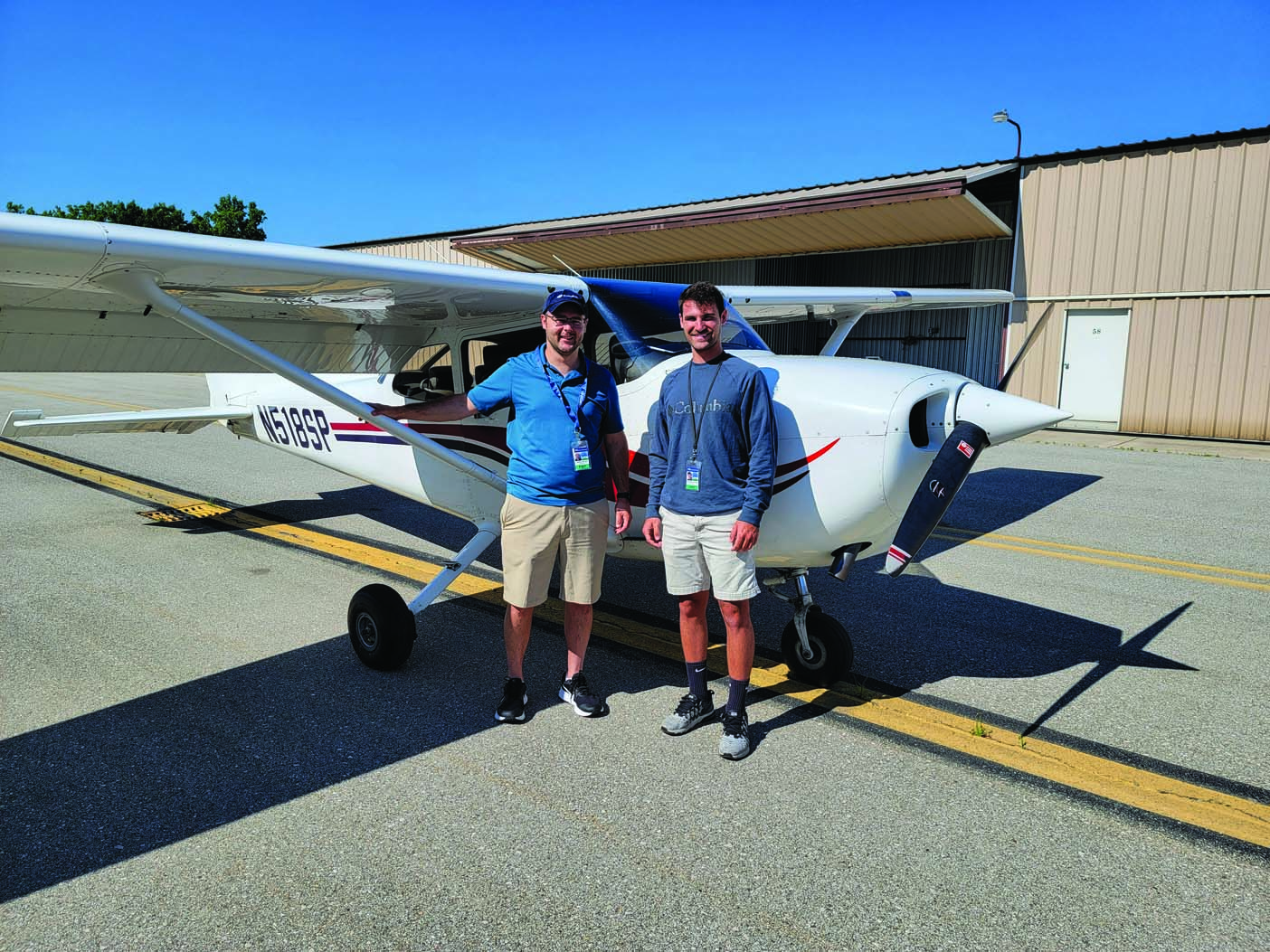 What Johnson loves most about flying is freedom and efficiency. “I have flown to New York in three hours and Jacksonville, FL in five. If I want to visit a friend for lunch at Beaver Island, I can do it and be back in half a day. I call it a magic carpet ride.”

If you would like to fly your own “magic carpet” visit gfpa.org for more information.