Clarence L. “Kelly” Johnson was a famous aeronautical and systems engineer who has ties to Flint. He was born in 1910 to Swedish immigrants Peter and Christine Johnson, in Ishpeming, a small town in the Upper Peninsula. Johnson was raised in Flint, according to his niece, Lois Craig, a Flint native best known for her work with Special Olympics and the Crim Road Race. He went to school at Flint Junior College (now Mott Community College) and went on to continue his studies at University of Michigan in Ann Arbor. He was given his Irish nickname, “Kelly,” after a schoolyard fight with a bully in grade school. “He was the seventh of nine children,” Craig remembers. “He was talented and very intelligent.” He passed away in 1990. 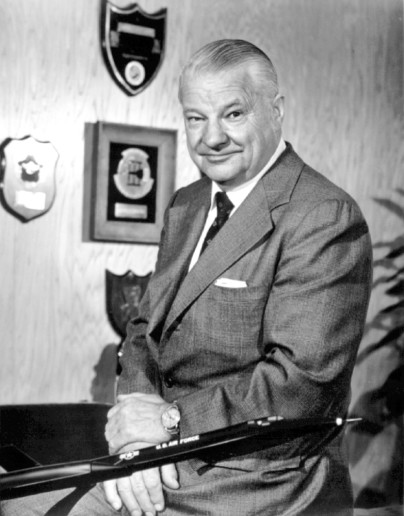 Johnson played a role in the design and production of 40 world-renowned aircraft and is considered a legendary figure in American aerospace management. He is best known for his designs of the Blackbirds, the SR-71, the YF-12, and the glider-like U-2. He also designed the F-80 Shooting Star, the first operational jet fighter. He received medals and honors including: Collier Trophies, the Medal of Freedom, National Medal of Science, and National Security Medal.

In his autobiography, Kelly: More Than My Share of It All, Johnson writes about the time he and his family moved to Flint, saying that the fortunes of his family improved significantly with the move. He worked with his father in the construction business while attending high school. He also wrote that Flint had “an excellent public school system and I very much enjoyed attending classes there.” What he enjoyed most was the public library, where he spent a lot of time. In 1926, Kelly entered his Merlin Battleplane in a child’s model airplane competition that was sponsored by the Kiwanis Club, as interest in the field of aviation was growing. He won the second place prize of $25. Johnson went on to school at the University of Michigan, and after obtaining his master’s degree in 1933, began his career at Lockheed Martin – a global security, innovation and aerospace company – and moved to California. 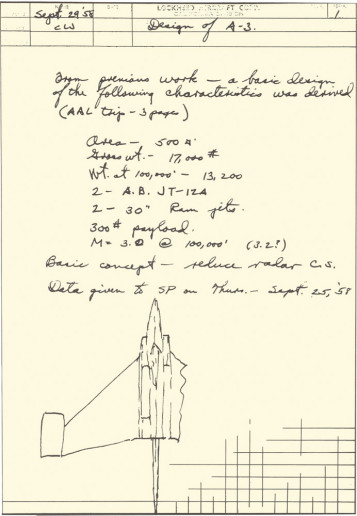 A DESIGN SKETCH OF LOCKHEED A-3

According to lockheedmartin.com, Johnson had many accomplishments. During World War II, he designed the speedy P-38 Lightning, which pummeled destroyers and intercepted enemy fighters and bombers from Berlin to Tokyo; late in the war, his team developed America’s first operational jet fighter, the P-80, in less than six months. Then, he delivered the immortal Constellation, which revolutionized commercial aviation. By 1955, Johnson and his secret division of engineers – dubbed Skunk Works – launched the world’s first dedicated spy plane, the U-2, just nine months after receiving an official contract. 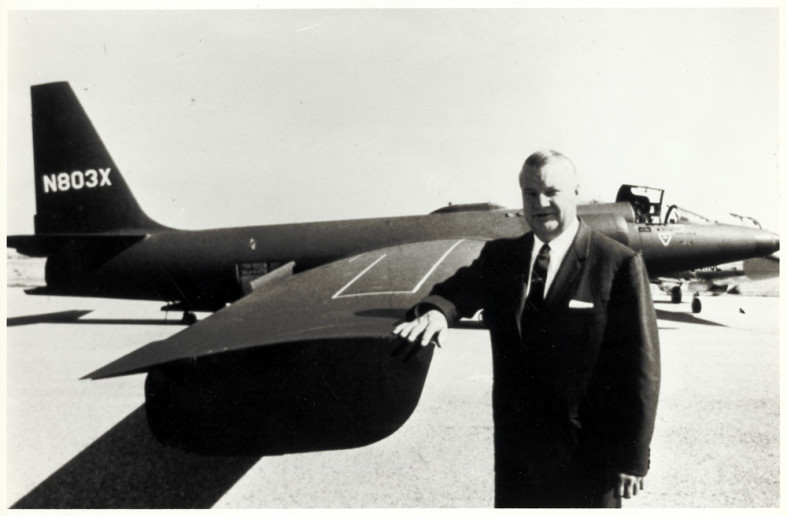 STANDING WITH AN EARLY VARIANT OF THE U-2

Lois Craig did not have a lot of interaction with her uncle, as he had already moved to California by the time she was born, but she remembers him and his successful career very well. “He had little free time and rarely made it back to Flint,” she remembers. He would talk to his niece about airplanes because she had an interest in them. “He told me he was not going to be happy until he designed a plane that would fly him to Flint for lunch and fly back to California on the same day.” She also enjoyed building model airplanes herself, saying, “I would only build the ones he designed.”

Sources: Lois Craig, lockheedmartin.com, Kelly: More Than My Share of It All