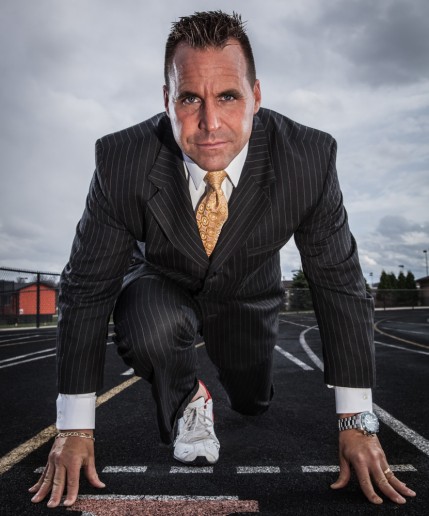 What is the IT factor? “It” has been defined as something special that a person has, an executive presence – the intangible thing that makes someone stand out in a crowd. Chris Swanson, Undersheriff of the Office of the Genesee County Sheriff, national motivational speaker, expert in human transformation, educator and four-time IRONMAN Triathlon finisher has “it.” And he now has another title to add to his resume – author. The man with the charismatic smile and brilliant blue eyes, who lights up any room he walks into, has penned his first book entitled Tinman to IRONMAN. The paperback is being published by Next Century Publishing out of Las Vegas, NV and is expected to be on the shelves this month.

The motivational book consists of 26.2 chapters (which happens to be the number of miles in a marathon race) and is based on Chris’ life experiences. In his book, he offers readers simple “action steps” for transforming their lives and overcoming any obstacles they are facing. The book has already sold 9,000 pre-release copies. He took some time from his very busy life and hectic schedule to talk about what matters most to him and why he is compelled to inspire others.

Chris continues to live by his own inspiring message: “You can do anything you put your mind to. Work your guts out and never quit. Go all in!”

Chris says that in his life, he has been both a tin man and an ironman. Tin is a shiny metal that gives the impression of beauty, but under pressure, it crumbles. For many reasons, Chris did not reach his full potential while growing up. He settled for the life of a tin man – what he describes as a life of mediocrity. Iron isn’t pretty, but it’s tough and an IRONMAN has a different mindset. Chris used that mentality and put all of his effort into his education, ultimately graduating from University of Michigan with a Master’s Degree. He also learned that he had grit and determination. In 1993, he began his law enforcement career at the Office of the Genesee County Sheriff where he’s served in every division, including corrections, patrol, paramedics and narcotics. He has been the undersheriff since 2011.

In 2000, Chris was forced to make some changes in his life after he confronted an intruder in his home. He began training for an IRONMAN triathlon, which is a series of three competitions totaling 140.6 miles: a 2.4-mile swim, a 112-mile cycling course and a 26.2-mile marathon run – completed in that order and without rest. He has since finished four IRONMAN competitions, the first in 2007 held in Panama City, FL. And his goal wasn’t to win. “I do it because I want to experience the finish,” Chris says. “The start of any race is easy; it’s during the middle and the end when you fall apart. And to him, finishing means winning – which is the theme of all his inspirational messages. 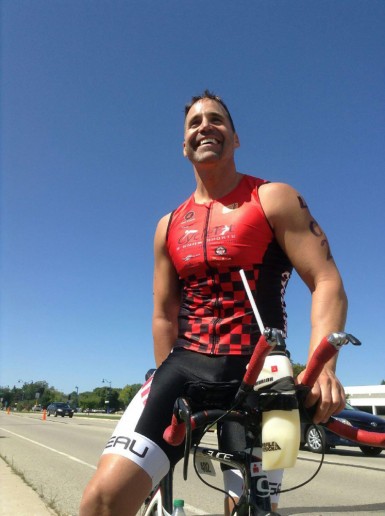 Chris has realized that he has a gift and a passion for storytelling. “I love to speak!” he exclaimed. He also has a wealth of knowledge gained from his law enforcement background. By combining his passion for storytelling and his real life experiences, he has used these tools to transform lives around the world. He is the founder of Swanson Leadership and has become known nationwide for his motivational and inspirational speaking to groups of 10,000+ people. Chris does about 30 engagements per year speaking on a number of topics, including business development and motivational leadership. “People are hungry for information that will help them transform their lives and their organizations,” he says. “I can help someone have a new view on life and see the sunshine above the clouds.”

In his book, Chris writes: When the wheels of your life are falling off, you want an iron foundation. You want iron friends. You want iron attitude. Iron stares down the barrel of pressure and refuses to blink. Being made of iron prepares you to change lives, including your own. If you want it, if you need it, then here is your plan to achieve it. For the first time in your life, take a stand. Promise yourself that this is the day that I begin to transform my life from a tin man to an IRONMAN!

With this message, Chris inspires others. He challenges people to ask themselves a question: Am I giving life all I’ve got and am I putting forth my best effort? “We all have one shot to be the best we can be despite the challenges and obstacles we face in life,” he says. “Don’t look at all the reasons why you can’t do something. Go after it and never quit.” ♦