From August 6 thru September 4, Greater Flint residents were presented with an amazing, once-in-a-lifetime opportunity. Founded in 2003 with the mission to “preserve and share humanity’s stories in order to build connections between people and create a more just and compassionate world,” StoryCorps, partnered with Michigan Radio, arrived in Flint to record the hopes, thoughts and histories of our community. 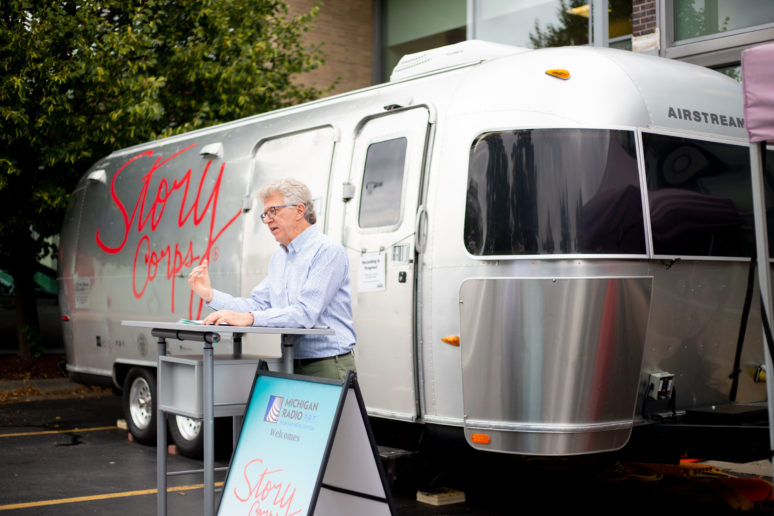 “We have never been to Flint before and this is only the second time we have been in Michigan. The first time in the state was almost 15-years ago,” informs StoryCorps Site Manager, Ava Ahmadbeigi. “When I found out that we were coming here, I started thinking about everything the city has been through and is still going through. I was excited to come, but aware that some of the stories might be difficult.”

Since its inception, StoryCorps has recorded over 77,000 signature interviews with participants all over the country. They visit only ten locations a year and the organization felt that Flint was a place it needed to be. “StoryCorps interviews celebrate the voices in our community and encourage meaningful conversation between people,” explains Michigan Radio Market Director, Steve Chrypinski. “We couldn’t think of a better gift to offer the community than a chance to sit-down in a quiet space for 40 minutes and talk to each other.” It was a wonderful chance to tell our story to the world and to change the outside narrative. StoryCorps expected Flint to share compelling and powerful stories and the city, no doubt, delivered. “When they contacted me, I was surprised and grateful that they had thought of us,” says Flint Institute of Arts Communications Coordinator, Chene Koppitz. “We simply provided a place for them to set up the studio. We were happy to have them! This is a great way to keep the voices in Flint relevant, relative and powerful.” 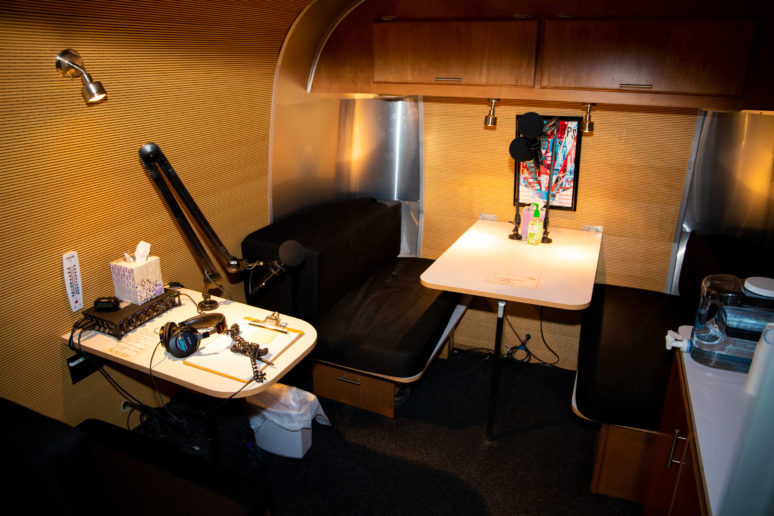 StoryCorps’ mobile facility is housed in a 20-ft. trailer containing office space and a recording studio with room for two participants and a facilitator. Participants are encouraged to hold a conversation with someone they are familiar with about a subject important to them. The facilitator is there to monitor the technology, mediate and sometimes keep the conversation going with interesting and probing questions. Their primary job, however, is to simply listen. “One question I most frequently ask is about feelings – how did the situation, person, place, thing, etc., make you feel? We are trained to talk about what happened and not about how we internally react to that. The recordings are meant to get at those in-depth emotions,” explains Facilitator, Lea Zikmund. “I would much rather listen and have the participants get to those feelings in their own way.”

Throughout their time with the organization, StoryCorps facilitators listen to hundreds of stories and many of them can be extremely emotional and overwhelming. “We cry all the time,” says Zikmund. “A brother and sister who had recently lost their mother came in and reflected upon their time with her. They both had very different experiences and were willing to share what they felt. It was more real than some of the other recordings I’ve facilitated. It really got to me.” Site Manager, Ava Ahmadbeigi, echoes the feeling. “It’s emotionally draining. In Columbus, I had a father come in who had lost his daughter to leukemia at 19. She survived the treatments but died due to complications. He came in with a chaplain who had been with him throughout the process of losing his daughter. Their relationship and the story that emerged was very impactful.”

“We couldn’t think of a better gift to offer the community than a chance to sit-down in a quiet space for 40 minutes and talk to each other.”
Steve Chrypinski

Although the stories are often intense, Ahmadbeigi understands the importance of the project and sees its positive effects every day. “Everywhere we go, people talk about how StoryCorps brings people together. It allows us to understand that we do share a great deal as human beings. Oftentimes, people come in with the same story – illnesses, births, deaths, love – these are the stories that affect everyone.” 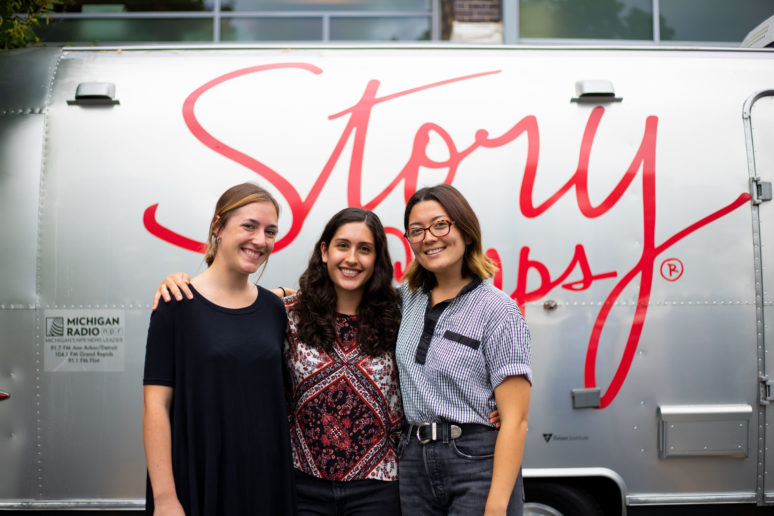 In today’s social climate, StoryCorps is as important as ever and in order to create the most meaningful change in understanding, the organization just started the “One Small Step” program, which brings together two persons of different political ideologies. The participants are often strangers and because of this, they must go through more preparation and follow ground rules. “They get an orientation and in this kind of conversation, they get to talk about what they believe and why they believe it. It’s not a debate,” Ahmadbeigi explains. “The goal is to help people understand where the other person is coming from. We have no illusion that people will change. It’s meant as a conversation starter.”

Throughout their travels, the StoryCorps group has been blown away by the incredible stories shared. No matter who they talk to, what they do or what they believe, StoryCorps participants are all unique, familiar and complicated. “Everyone’s story is worthwhile. Every story is important,” claims Ahmadbeigi. “When I was in Flint, people came up to me and said that they didn’t really have a story to tell. I always told them, ‘come in and have a conversation. You are the story.’” 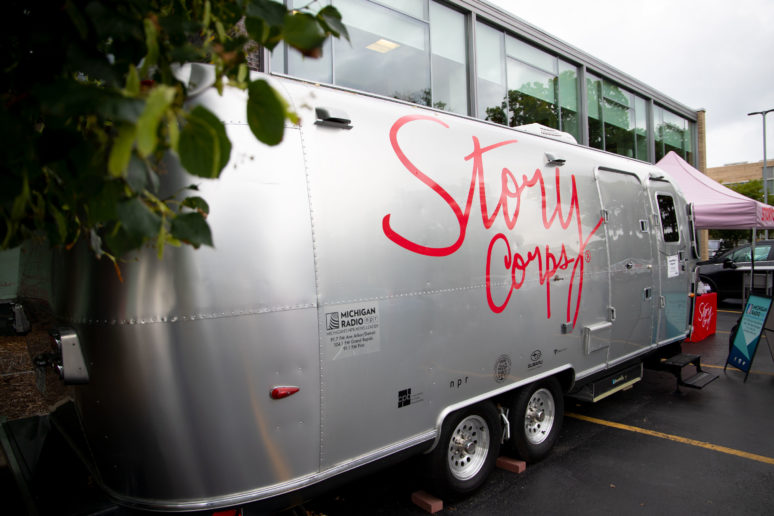 If you missed the recording session in Flint and would like to record a conversation, you can still do so via the StoryCorps App. available at storycorps.org/participate/storycorps-app/. Participants receive a digital version of their conversation and a chance to have it archived at the Library of Congress. The session is always free.

If you would like to listen to StoryCorps recordings made in Flint, conversations will be aired on Friday mornings as a part of NPR’s Morning Edition and will be available in the future at storycorps.org