On April 22, Zonta Club of Flint 1 was proud to host its Sixth Annual Awards Dinner at the Flint Institute of Arts. The event is held to recognize the accomplishments of Genesee County women who have made a difference and changed the history of Genesee County.

“Women have played significant roles in Genesee County history,” said Stacy Betts, President, “and Zonta Club of Flint 1 strives to bring greater visibility to those who impact and improve our lives every day.” The 2015 Genesee Regional Women’s Hall of Fame honorees include both historical and contemporary notables, each with an impressive list of accomplishments. My City is proud to introduce this year’s Hall of Fame inductees.

Jean P. Carl
After becoming the Genesee County Assistant Prosecutor, Jean soon became Chief of what would now be known as the Family Division, until 1986. Her passion and work ethic on behalf of children and families led her to volunteer in the community. Providing invaluable legal advice and experience, she helped establish the Safe House for Women at the YWCA. Jean served on the Michigan Foster Care Review Board and was president of the Genesee County Bar Association in 1992, Panelist on the attorney Discipline Board, Attorney Mediator for the District Courts along with being on the Governor’s Task Force on Children’s Justice for ten years. In 2001, Jean became a Trustee at MSU College of Law where the Jean P. Carl Endowed Scholarship today provides one law student each year with tuition assistance.

Dr. Evelyn Golden
Beyond her impact as a practicing Flint physician, Dr. Evelyn Golden was also a tireless leader, dedicated volunteer, and devoted humanitarian in Genesee County for more than 50 years. She served as the Medical Advisor to the Flint Public Schools for 17 years. During this time, she played a prominent role in the development and implementation of the Flint School system’s unique Health Guarded Program which was widely praised and used as a model by other school systems. Dr. Golden founded Moss Children’s Health Center and received the Tuuri Baby Award by the MCHC in 2002. In 2014, she was honored posthumously with the Libby Award which is given to women who demonstrate the qualities of lifelong philanthropy and advocacy for women and girls in Genesee County.

Peggy D. McWhirter
Peggy was the driving force behind the 1944 formation of the Genesee County Society for Crippled Children and Disabled Adults, which later became the Easter Seal Society of Genesee County. She served as executive director of the East Seal Society for 35 years and volunteered with Zonta Club for 50 years, serving as president in 1954. McWhirter dedicated her life to the advocacy of the handicapped, encouraging everyone to concentrate and act based on their abilities, and not their disabilities. She received countless awards – C.S. Mott Citizen of the Year Award, Athena Award, and Jack Hamady Humanitarian of the Year Award and was a member of the First Presbyterian Church. 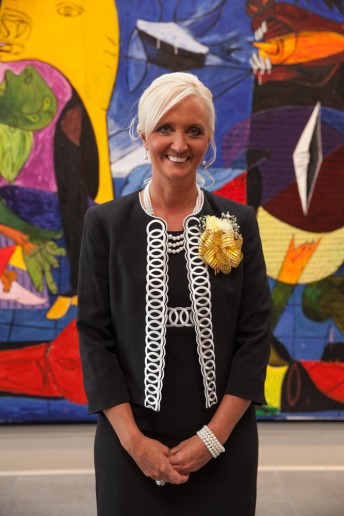 Lisa began working in education in 1985 as a volleyball coach for Mt. Morris Schools. Since then, she has worked as a teacher, principal of North Road Elementary School in Fenton, the first female Principal of Elizabeth Ann Johnson Memorial High School in Mt. Morris, interim superintendent of Mt. Morris Schools, and then was appointed superintendent in 2010. Lisa was the first female appointed superintendent of the Genesee Intermediate School District. She has served on the board of the Michigan Special Olympics and also is active in Big Brothers/Big Sisters, Kiwanis and Toys for Tots. 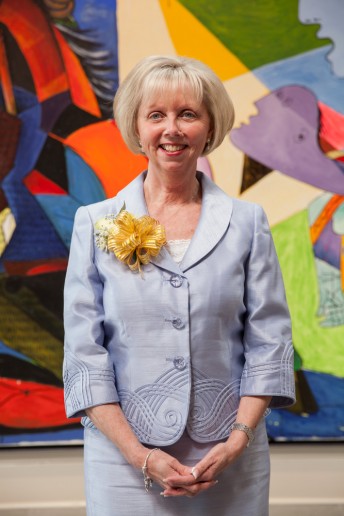 Rhetta started out as an administrator for the City of Flint under the supervision of James A. Sharp, Jr. At that time not many women were in such a position to make a political impact on a community of this size. She has achieved respect and admiration for her many accomplishments in several fields of endeavor. Rhetta is currently Vice President of Education & Training at Flint and Genesee Chamber of Commerce, where she leads an outstanding team for Teen Quest and Youth Quest that supports education and training initiatives connecting businesses, schools and students in grades K-12 in Genesee County. She has historically and presently held seats on the Education Advisory Group Board, Workforce Development Board of Genesee County, Resource Genesee, Zonta Club of Flint 1, and Education Foundation for Flint Community Schools. 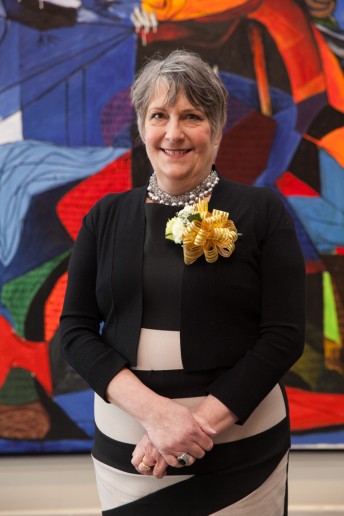 Dr. Phillips was the first female to attend Ohio State University under the ROTC course. She then attended the Chemistry Department of the University of Texas as the only second female to attend, and was the only female to graduate during this time. In 1988, she was the first woman professor to teach science or engineering courses at the all-male institution at the Rose-Hulman Institute of Technology in 1988. She later relocated and became Director of Chemistry and then Head of the Chemistry & Biochemistry Department at GMI Engineering and Management Institute (Kettering University). Today, she is the Chemical Engineering Program Director. A true entrepreneur at heart, she added to her criteria by buying an historical home in the City of Flint to open Knob Hill Bed & Breakfast.

For nearly 35 years, Agnes served as a dental assistant for the Mott Children’s Health Center and then dental hygienist for the Flint Community Schools. She was instrumental in piloting the sodium fluoride treatment program in the Flint Schools and as an instructor at Mott Community College, implemented a clinical program that gave dental hygiene students the opportunity to conduct examinations with school children. Mrs. Yalda continued to assist with community health research while running the school dental health program, including working with researchers from the U of M School of Public Health. Her dental health program was identified in a 1970s Harvard University public health study as the best health program in the Flint Schools at the time. 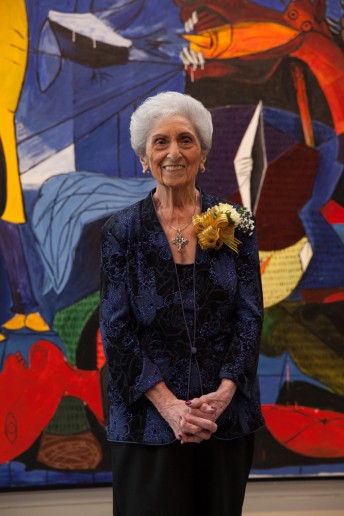 Zonta International is a worldwide women’s service organization of executives in business and the professions who work together to improve the legal, political, economic, educational, health and professional status of women around the world. “What a great year for the sixth annual event,” Stacy added. “We certainly have a broad spectrum of inductees this year and Zonta should be proud!” ♦