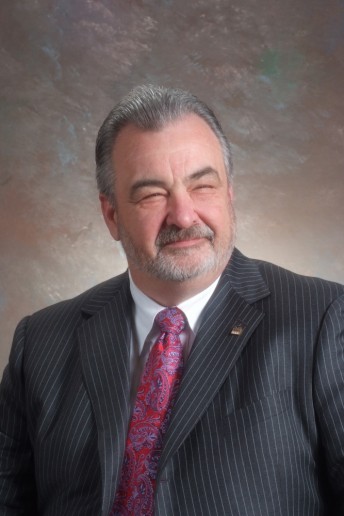 Early in life, John Matonich watched his mother give her time to the community through civic involvement. He fondly remembers how she served on the local school board and was active in the Business and Professional Women’s Club and other organizations. “My mother was a big believer in joining things,” he says. “She believed in belonging to various groups and helping people.”

As he witnessed her way of being immersed in the community, it is no wonder Matonich, former CEO of Rowe Professional Services, was given the 2016 Charles Stewart Mott Citizen of the Year Award at the recent Flint & Genesee Chamber of Commerce annual meeting. The award, which honors greater Flint citizens who make significant contributions to the advancement and well-being of the community, came as a surprise to Matonich. “It was definitely a surprise,” says Matonich, who expected Chamber members to announce his departure and say goodbye as outgoing director and past president – not present him with an award. “It was quite humbling. I’ve been connected to the chamber since its inception. It is a wonderful organization to be part of – they work hard to improve the area, and it is certainly a nice thing to be recognized by my peers.”

Matonich says he’s been around to see the group, formerly called Genesee Regional Chamber of Commerce, morph into the current Flint & Genesee Chamber of Commerce. He collaborated with fellow members to unite four agencies – Flint Focus Council, Flint Area Chamber of Commerce, Flint-Genesee Growth Alliance and Flint Metropolitan Chamber of Commerce – into one. “Eight years ago I was part of the steering committee working to consolidate the four separate organizations,” he says. When it comes to helping non-profit groups meet their mission statements, Matonich isn’t afraid of working in the trenches. In fact, he thrives on it. “If I can help be a positive contributor,” he says, “then I will do it.”

The Upper Peninsula native and Michigan Technological University graduate says he’s lucky to have worked at and served as the third CEO of Rowe Professional Services, where he had the opportunity to embrace the philosophy of giving back to the community. “All of the Rowe staff has always been encouraged to participate in any way they can,” says Matonich. “Whether it’s coaching T-ball or serving on a planning commission or a school board. Community service is important and they supported me and gave me the creative freedom to help improve the area where we live and work.” Through the years, Matonich has given his time to places such as the Davison School Board, Rotary Club, Davison Chamber of Commerce, Lapeer Downtown Development Authority, University of Michigan-Flint, and the Food Bank of Eastern Michigan.

He’s the kind of guy who gets things done with efficiency and class. For example, when asked to chair the capital campaign for the Hunger Solutions Center, a new 62,000 square-foot building adjacent to the Food Bank, he and his team raised $5.2 million in 16 months. “And that was during a bad economy. How could I say no to helping change the face of hunger?” he asks. “The Hunger Solution Center is a phenomenal place and it has outdone its mission in 22 counties.”

Matonich puts himself where the action is, because he is action-oriented and not the type to not get involved. His philanthropic volunteerism and passion for hunting and fishing merged to reach a new level in 2010 when Governor Jennifer Granholm appointed him, and then Governor Rick Snyder reappointed him in 2014 to serve on Michigan’s Natural Resources Commission. Once again, he put his “positive contributor” motto to work by advising and helping determine the outcome on matters related to natural resources, game and fish management and other environmental concerns. “I encourage transparency and get to listen to public input and suggestions,” says Matonich. As the current chairman, he travels the entire state. “The meetings are moved all around the state, so I am able to hear various concerns from residents and I truly have a passion to help find solutions. I am honored to be on this commission and be a positive contributor,” he says. He believes increasing Michigan’s presence in the natural resource economy is a very important thing. “There are so many amenities and opportunities in Michigan. You can’t beat it – whether you’re kayaking, boating, hunting, fishing or hiking; it’s all part of the local economy.”

One natural resource in particular has captured Matonich as he enters the first phase of his retirement. He’s discovering a second career with wood. “About 30 years ago, I was given a power saw for Christmas,” he says. “I made a nightstand to match our bedroom furniture, and that was the beginning of it.” With natural talent put to use, he now has a shop full of tools in his hometown in the Upper Peninsula, and dozens of orders for custom, wooden items he designs or helps his clients design. “I’m 57 and want to stay busy,” he says. “I’m not ready for the rocking chair and porch, yet.”

Matonich is also the author of a book, Surveying Da Situation, about a fat boy’s memories from the Upper Peninsula. His book is available through Amazon and he guarantees it will make readers smile, reminisce and perhaps even shed a tear.

As Matonich and his wife, Stephanie, settle into a new way of life 550 miles north of the Flint area, he isn’t letting go of the early lessons he learned from his family about giving back to others. “I’ve already received calls and requests from the local food bank and the road commission up here,” he says. “I’m getting things figured out in Gogebic County,” he says. “And I’m sure I’ll find a way to help – that’s what I’ve been blessed to be able to do all of my life. I’ve worked with good people and good organizations on local, state and national levels; but of course, Flint and Genesee County is a tremendous place that I’m proud to have contributed to.”