“Save Your Generation was only supposed to be one release,” says Tony Pacheco, the sole laborer of the Michigan music label. Pacheco had prior experience with other areas of the music scene, such as screen-printing, booking shows and networking with bands. “I grew up going to shows at the Flint Local 432 from 1997 onward,” he recalls. “Everyone I met in Flint had a band.” Starting his own label, however, was something he had always wanted to do. “I was about to get married and I knew if I didn’t do it before then, I would never do it.” Scrounging up the little money he had, Pacheco put out an EP in 2013 under the Save Your Generation Records label for his friend’s solo band, Nick Ciolino. The band, unfortunately, played only a single show and Pacheco was left holding a box of records. That didn’t stop him, though. 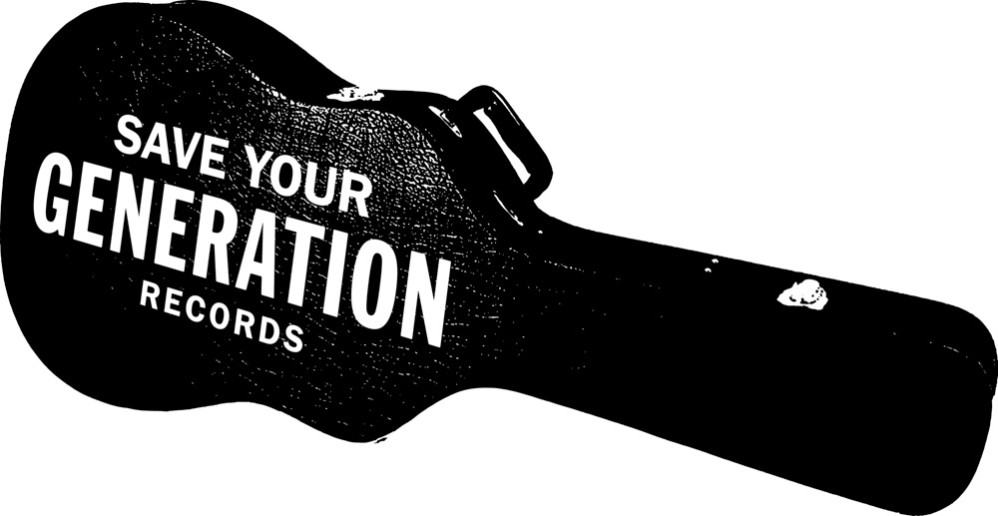 Now married with two kids (Vinnie and Alex, ages 4 and 18 months), and approaching five years after what was supposed to be a single release for a friend, Pacheco has worked with a multitude of Flint and Michigan-based bands, many of which fall under the wide umbrella of punk rock. “Probably 95 percent of the bands I’ve worked with are from Flint or Detroit,” he states. “I think it’s because those are the people who support Save Your Generation the most.” Pacheco prefers working with local bands, since it allows him to be more involved and get to know the people he’s working with.

One of the label’s defining moments came in its first year, a four-way split release called “TV Dinner Vol. 1,” featuring the bands 1876, Hung Up, Lobby Boxer, and The Swellers. This was the first release for the label that got attention from major publications, such as Huffington Post and Brooklyn Vegan. The project put Save Your Generation on the map, solidifying their name in the punk rock music scene and opening doors that would have otherwise stayed closed. 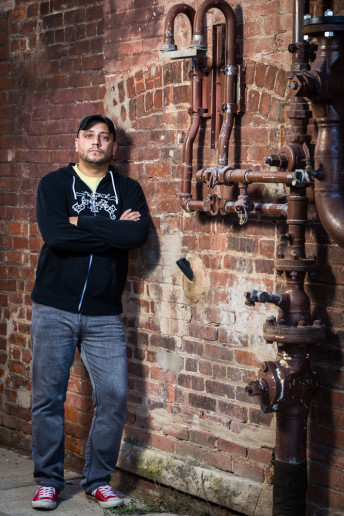 Today, Save Your Generation works with bands such as Forest Green, Backpacks, Lawnmower, and others. “It’s even weird to call it a label,” Pacheco shares, “because there are no contracts,” noting that he instead just works with friends or bands he is already familiar with. What he does, exactly, depends on the artist he’s working with. Sometimes, it means a hands-on approach including distribution, booking shows, promotion, and so on. Other times, Save Your Generation is just an avenue for experienced artists to release their music. “My goal is just to help people here,” Pacheco says. “I don’t have any weird ideas about how big it’s going to be.”

Most recently, Save Your Generation helped propel Lansing pop punk/emo band, Hot Mulligan, into success. After building a relationship with the band, they “wore me down” Pacheco says, and he decided to work with them. Their first project together was an EP titled, Honest & Cunning, which was released at Bled Fest 2015 (an annual all-ages, substance-free, multi-genre music festival held at a Howell High School). It was one of their first shows, and it took place inside a small classroom designed to hold 50 people. Nearly triple that number showed up and packed the room, which began a snowball effect for the band. Pacheco worked closely with them, helping them along the way with everything from social media to finding shows. Two years later, this summer, they were signed to No Sleep Records, a big name in the punk/indie/emo scene.

Pacheco routinely gets submissions from bands looking to work with him (including out-of-state artists), but being a one-man team means having to carefully select the projects to invest in. Aside from writing good music, the main thing Pacheco looks for in a band is activity. Staying engaged with fans, playing shows, and building a social media presence are all make-or-break factors in whether a label wants to work with an artist. “It’s easier to take a chance on somebody if they’re taking on their share of the responsibility in promoting their band,” he says. 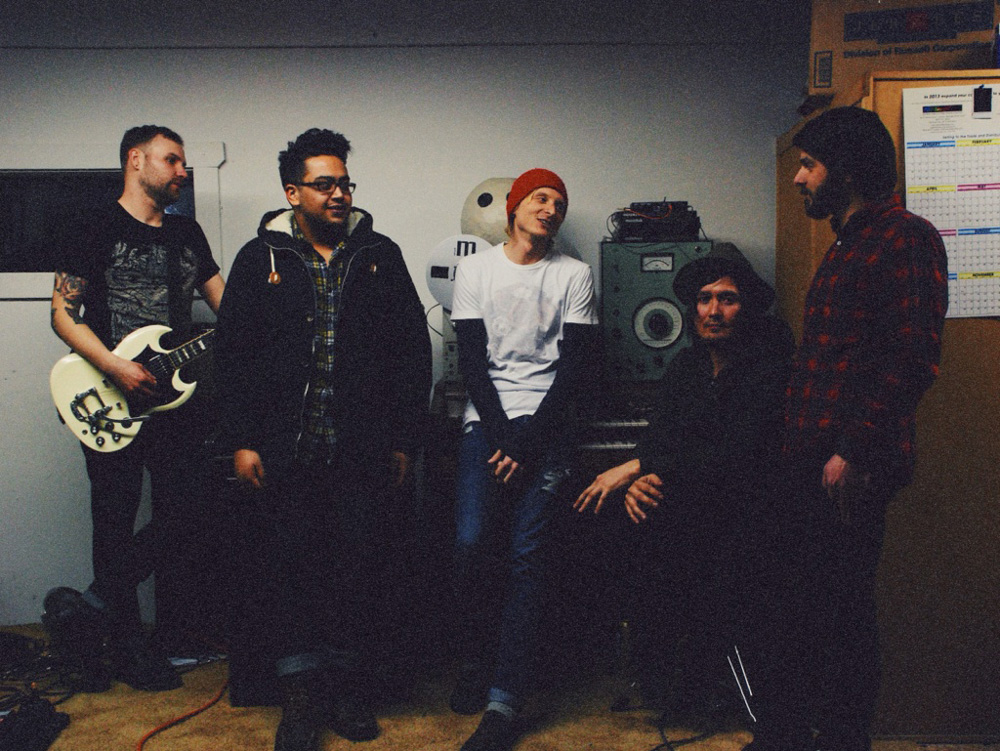 The Most Dangerous Animal 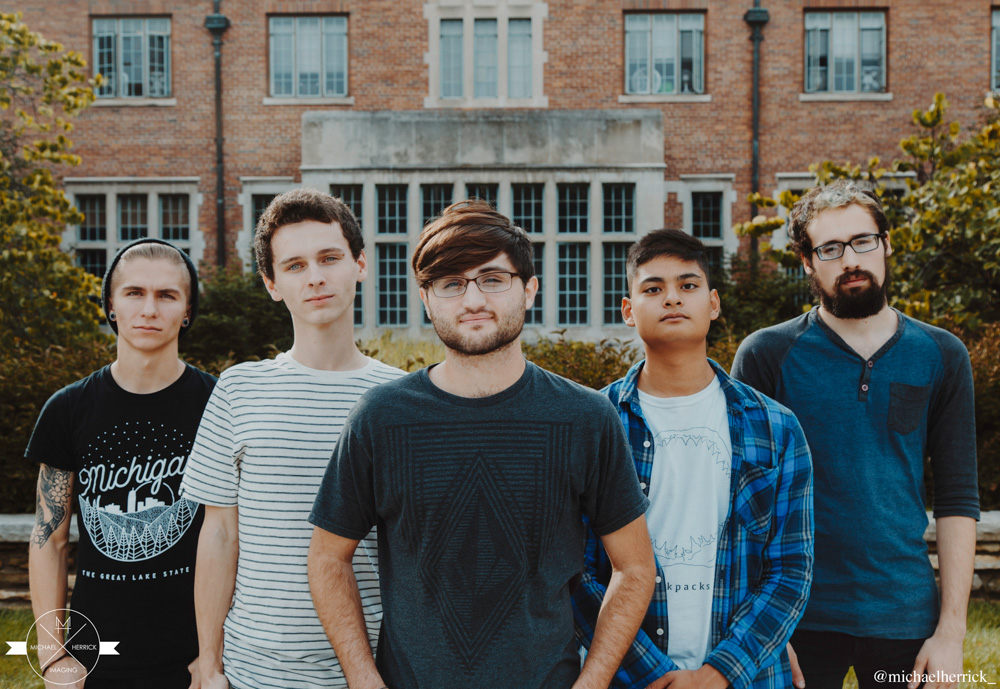 Pacheco has found that watching a band grow is the most fulfilling thing about Save Your Generation. This year, both Backpacks and Forest Green have released new music under the label, building not just their Michigan fan base, but touring, as well. In September, The Apology Tour released their first full-length album This Is Why We Can’t Have Nice Things, which sold out of vinyl the day it was released online. “‘Release Day’ is my favorite day,” Pacheco says. “That first hour that something is released online, I want to own the internet.” Checking every form of social media, seeing people talk about the releases and watching fans be made in real-time is the best part of the gig for him. The bittersweet downside of release day is Pacheco’s least favorite: shipping day. “After the kids go to bed, I sit up late on Friday nights watching ‘Dateline’ and packing records,” he laughs.

Finding time to run a label while working a full-time job, in addition to being a husband and father, means a lot of work. Pacheco, however, isn’t stopping just yet. As long as time and money allow, he plans to keep the label moving forward. “I’ve probably said a dozen times, ‘this is my last release’ and then, something cool comes along that I want to be a part of,” he says. Over the course of five years, what began as a one-time release for a friend’s band has grown, helping to build the Michigan music scene. “Maybe in ten years, I can tell my kids I was cool once,” he smiles, “even if they don’t believe me.”