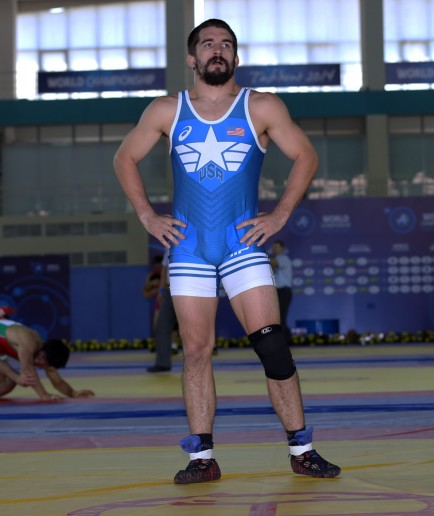 Brent Metcalf has spent most of his 29 years ascending the mountain of wrestling success.
The Davison native began in the foothills with local and state youth championships before one of the most successful high school careers in state history saw him go undefeated while winning four individual and four team state titles.

Metcalf spent summers winning national youth champions, nine in all. He then soared to even greater heights at the University of Iowa, becoming the only Flint-area wrestler to capture two individual NCAA Championships while leading the Hawkeyes to three consecutive NCAA team titles and earning the Hodge Trophy – wrestling’s version of the Heisman.

Significant victories against international competition, four berths in the Wrestling World Championships, marriage and fatherhood have followed in the five years since Metcalf’s graduation from Iowa.

For all of his accomplishments, however, Metcalf’s demeanor remains that of a hungry, driven and raw grappler who is just beginning his career climb. “Am I still motivated and driven by some things that have happened in the past? Absolutely, because I have not always put together my best performances when I needed to,” Metcalf said last month, following one of two daily training sessions in Iowa City, Iowa, his primary residence since 2006. ”I still have some big goals I am shooting for and feel good about getting there, but I just have keep working hard to improve, never become satisfied and perform well at the right time.”

The good news is that wrestling’s mountaintop is within Metcalf’s reach and, if all goes well, he will be celebrating upon it in less than a year. To get there, Metcalf will have to achieve two things that have eluded him thus far – a World Championships medal and representing his country at the Olympic Games. 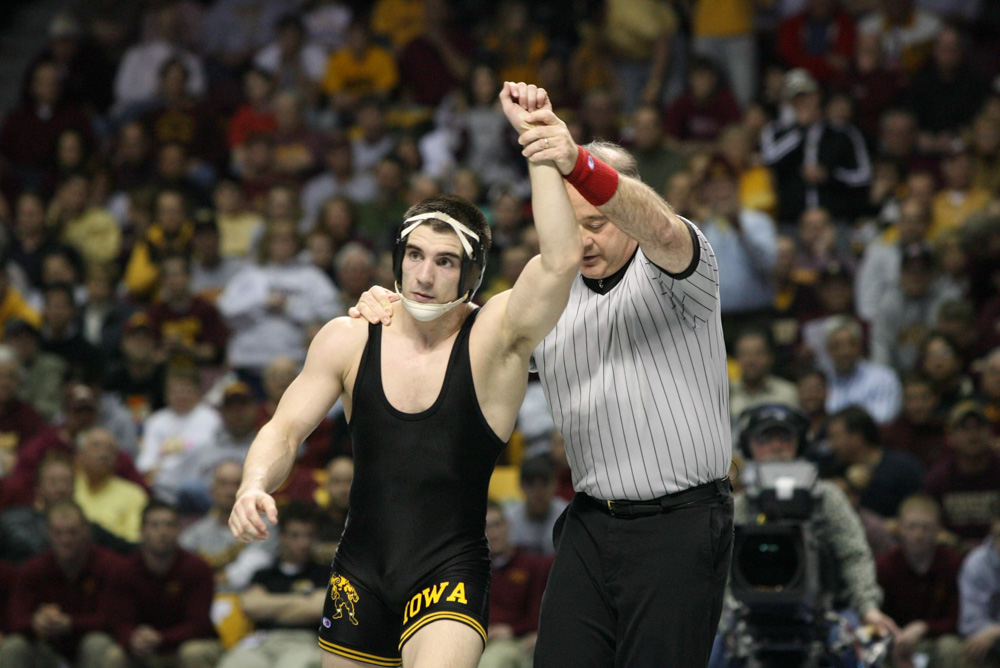 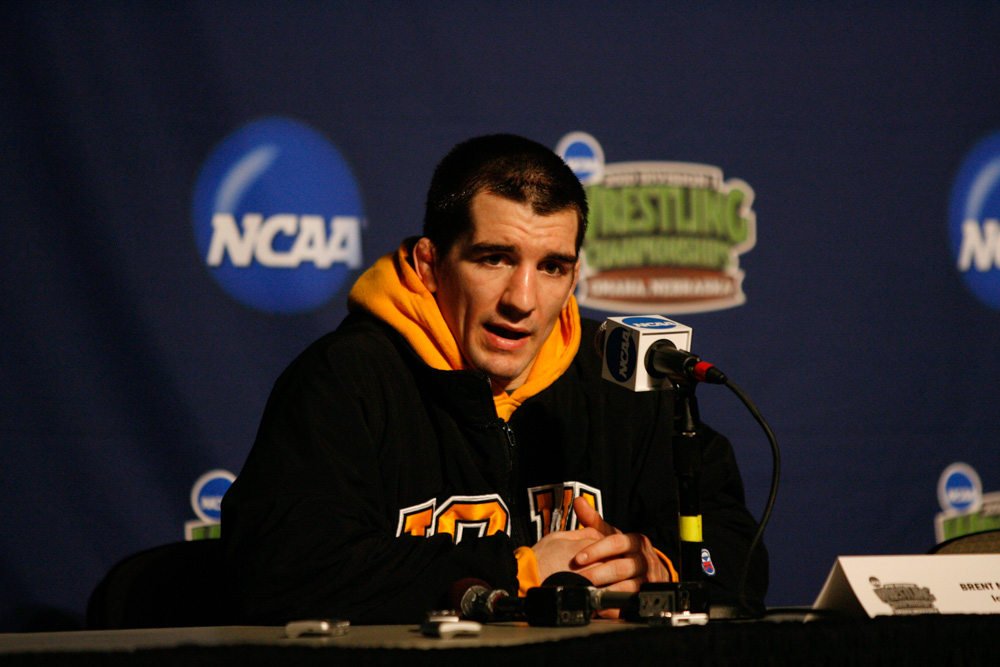 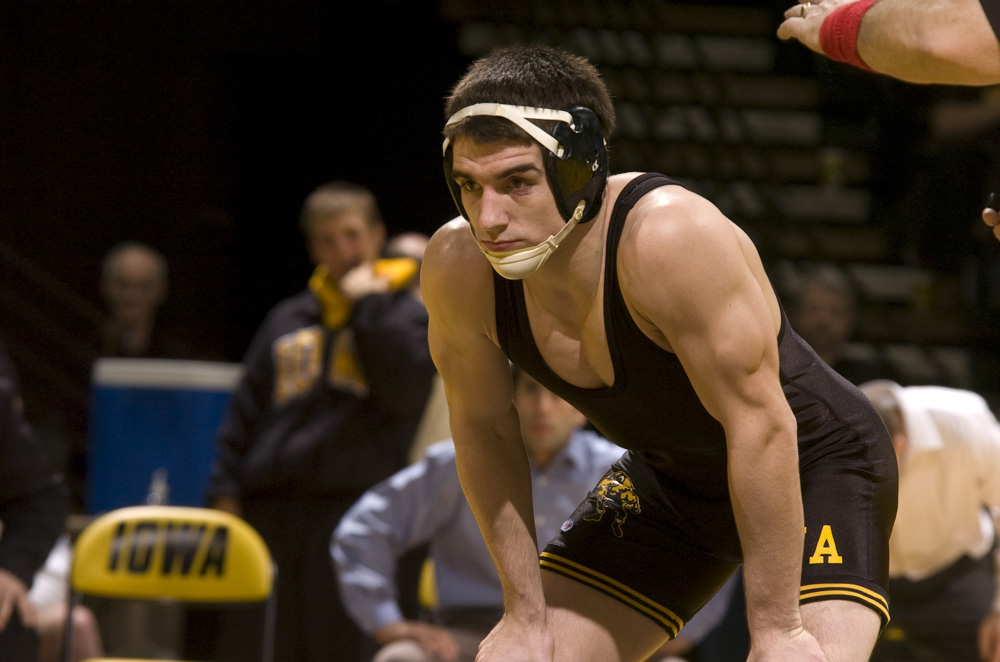 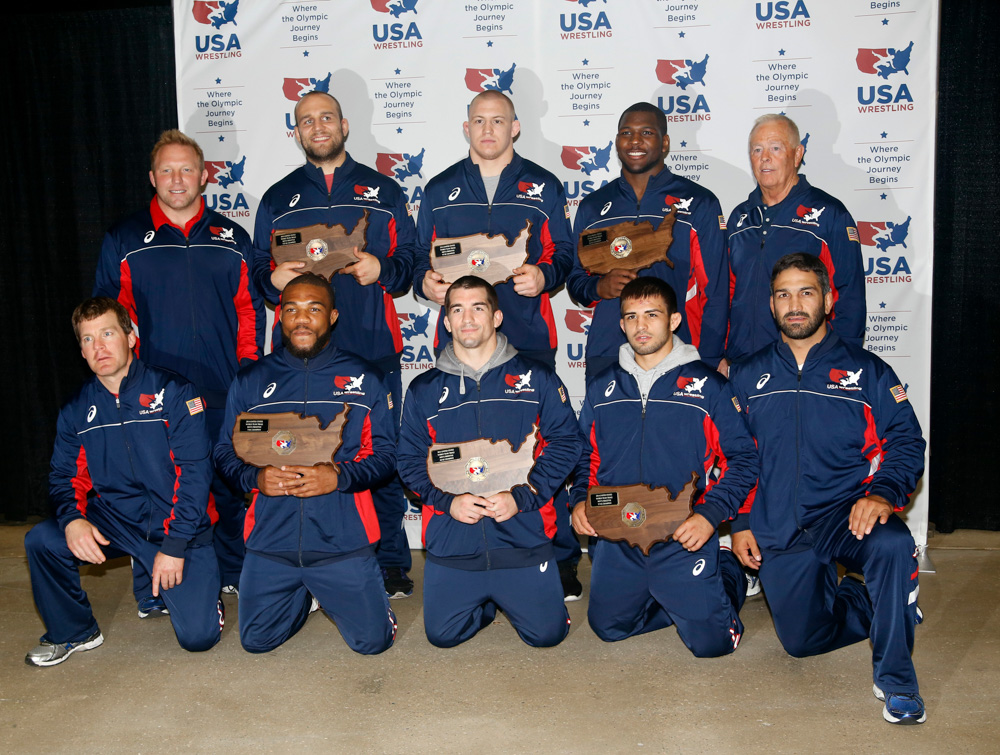 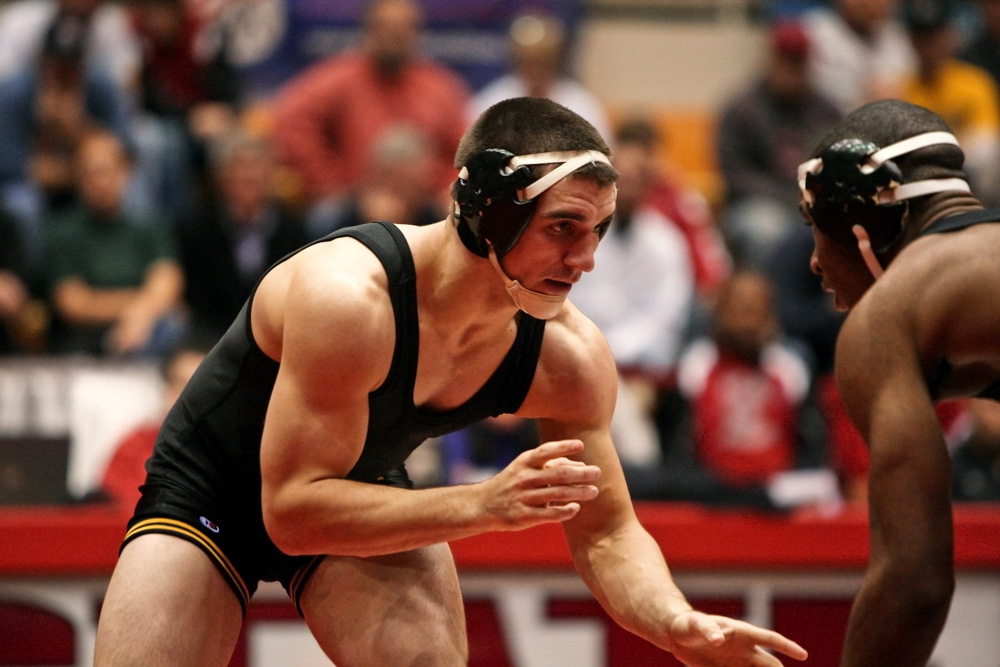 Metcalf was more than eager for his fourth shot at a World Championships medal this month and the opportunity to win one on American soil. The World Championships were held in Las Vegas, marking the first time the United States has hosted the event in 14 years.

“I have always felt good going into the World Championships because I have usually beaten some good opponents in the months before, and this year is no different,” says Metcalf, who is ranked fifth in the world in the 65-kilogram (143.3-pound) freestyle weight class. “I know I am capable of beating the guys because I have done it at other times, but I have to beat them on the day it counts. It’s a matter of preparing well, believing in what I can do and making it happen.”

Terry Brands, a 2000 Olympic bronze medalist and one of Metcalf’s coaches, feels this could be the year Metcalf makes a World Champion medal happen. “Brent is thinking, as we are, that he is a gold medal contender,” Terry says. “He has done some really good things to enhance his wrestling, is always working to evolve his wrestling into something greater and it showed in a really tough Pan Am Games weight category.”

In July, Metcalf overcame a talented field to win Gold at the Pan American Games in Toronto. The competition involving Western Hemisphere nations is held every four years. Metcalf went 3-0, easily beating Cuba’s Franklin Maren, 8-2, in the gold-medal match. He ran around the mat with an American flag over his head in celebration before later watching it being raised during the medal ceremony. “That’s the first time I’ve stood on the podium and had that flag raised,” Metcalf says. “It may not be the World Championships or the Olympic Games, but it is a big deal. These guys are not pushovers, some have competed in the World Championships and Olympics and it was a great feeling to go there and finish what I wanted to do.”

Metcalf’s semifinal opponent – Puerto Rico’s Franklin Gomez – was hardly a pushover. Metcalf had beaten Gomez by a 9-2 score in December, but this time the 2011 World Championships silver medalist and 2012 Olympian bolted to an 8-3 advantage before Metcalf roared back for a 10-8 win.

“I was able to get my offense going later in the match and concentrated on scoring the next point and closing the gap,” Metcalf says. “I just scored points when I could, took advantage of my opportunities and beat a quality guy.” He scored a gut wrench and takedown in the closing stages for the winning points.

“In the Gomez match, Brent stayed calm when he was down and scored points in a lot of different positions,” says 1996 Olympic Gold Medalist Tom Brands, who has coached Metcalf since he was a college freshman. “He scored on top, scored in a scramble that put him on top and then made it pay off by turning Gomez.”

“Brent is relaxed and his veteran status is showing up, meaning he is calmer, things are easier for him in the sense that he manages his frustration better,” Tom Brands says. “All the things that come with age like wisdom, patience, composure and calmness have helped him.”

It also helps that life in general could hardly be more satisfying for Metcalf. In addition to pursuing continued excellence in the sport he loves, Metcalf is a devout family man with wife Kristen, and sons Chase (two years) and Cole (three months). “I do travel around the world to competitions, but when I’m home, I just like to be with my family as much as I can between training about five hours a day in two sessions,” he said. “My other passion is hunting – elk, deer, bear, moose – anything.”

After posting a 108-3 record and becoming a three-time All-American at Iowa, Metcalf joined the Hawkeye Wrestling Club, enabling him to continue to work with twins, Tom and Terry Brands.

“The same thing that drew me to them in the first place when I was looking for a college remain the best thing about working with them,” Metcalf says. “They are always pushing me to reach even higher. The minute I feel I’m doing enough, they remind me that there is more I can do to become better.”

Metcalf has done nothing but improve since first setting foot on a wrestling mat at age eight after picking up a discarded flyer off the floor of his elementary school announcing a youth club registration.

“It’s funny now, but what caught my attention was the picture of our school mascot (a martian) in a wrestling uniform and I decided I wanted to try it.”

Next year, Metcalf will try to become the Flint area’s first Olympic wrestler since Flint Central legend John Matthews made the 1976 and 1980 teams. The winning wrestler in each weight class at the Olympic Trials advances to the Olympic Games.

Before a sell-out crowd at the University of Iowa’s Carver-Hawkeye Arena, site of so many of Metcalf’s triumphs, he lost in the 2012 Olympic Trials final. The trials return to Carver-Hawkeye in April 2016.

“I have not put a lot of thought into the Olympics yet because of other things I’ve wanted to accomplish before then,” Metcalf says. “At the same time, whenever I enter the practice room, I think about goals I have fallen short of and that drives and motivates me to work hard and take care of business when the time comes.”