“Braidedveins is a political band.”

Never ones to shy away from their beliefs, Flint hardcore punk group, Braidedveins, released a statement immediately following the 2016 election that began with those words. “Don’t allow the monstrous and cruel to become normal. Interrupt and resist violence and domination. Interrupt and resist the logics of violence and domination,” the statement goes on to say. It was at this point when the band decided that all proceeds made from their music would be donated to various progressive social movements, the first of which was Black Lives Matter. 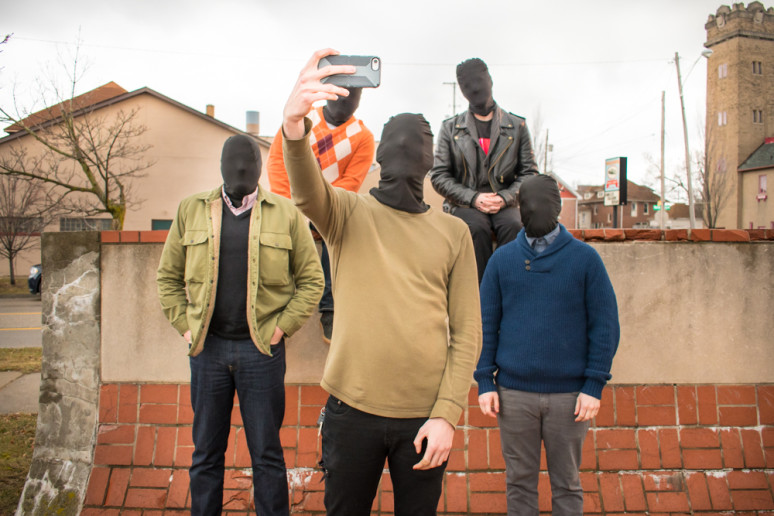 Each member of the vociferous five-piece comes from a background in a multitude of Flint music projects. The band has intentionally used their music for more than just writing heavy riffs or simply making a name for themselves. “Thematically, all of our releases are about a kind of dystopian future,” says lead vocalist, Stephen Wisniewski. In these sci-fi dystopian worlds the band has created, he says capitalism has reached its logical conclusion: the poor are eaten by the rich, innocent people are used for medical experiments, the world has fallen apart at the seams, and its inhabitants are desperate for help. “All the ideas are already there in the world we live in – competition, exploitation, biopower, the privileging of the individual above all else, and so on,” says Wisniewski. “I feel like what we’re trying to do with these dystopian stories is call attention to how these horrific futures aren’t totally removed from us – everything that allows those futures is already embedded in our present, we just have to call attention to it.” Adds drummer, Jonathan Diener, “as time progressed, it got scarily accurate.” 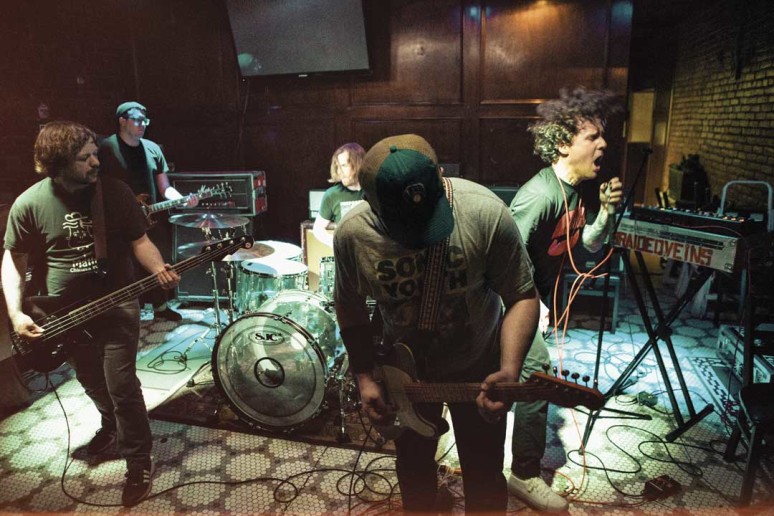 Musically, Braidedveins sounds every bit as chaotic as the themes they present. The band takes a lot of influence from their heroes, such as Refused and Fugazi. Their 2015 self-titled album is 14 tracks of aggressive, unpredictable hardcore punk. Each instrument, as well as the vocals, is often doing something completely different from the others – sometimes, even intentionally playing off-time. The band brings the listener to the brink of unbridled chaos, dangling them over the edge and holding on by a thread. Somehow, it all clicks together in a Frankenstein’s monster sort of way: mismatched parts that form a hulking, grotesque beast. “We’re not trying to force or ease someone into doing a certain thing to fit this mold or the parameters that we’ve created,” says Diener. In the band’s writing process, Wisniewski’s vehement vocals come last. “I get to be a fan of the music before I start writing my parts,” he says. The band often doesn’t even know how the final product will sound until they’ve entered the studio and hear Wisniewski’s vocal takes. Each song clocks in around two minutes in length and seamlessly bleeds into the next track with a myriad of strange, eerie noises. “There’s intentionally just no room to breathe,” says Wisniewski. It gives their music a claustrophobic element that matches their live show. Very little banter – just one blistering song after another.

The band’s newest release, Counternarratives I: What Did You Do To Survive? is being released on Dropping Bombs, an indie label operating out of Southfield, MI. The new EP continues with the chaos and dystopian ideas while focusing on one theme in particular: survival. “If you survived, it means somebody else didn’t,” says Wisniewski. Counternarratives I features three new songs that ask the listener: What does survival mean? What does it cost? What it is worth? What does it require? How does it change you? What did you do to survive?” “It freed me up to write outside of myself,” Wisniewski says. “Counternarratives is an extension of that initial impulse.” 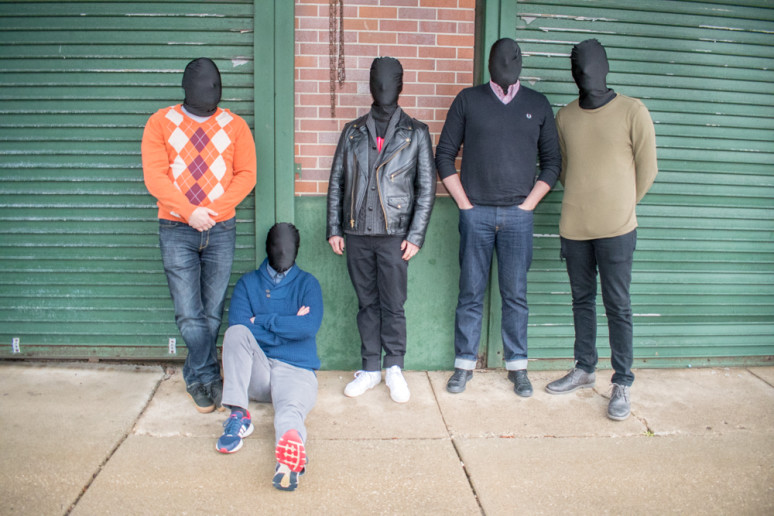 “Everything Dies” kicks off Counternarratives I with jagged riffs and erratic structures, keeping the listener guessing where each new section will take them. “Let Me Go” builds on the central theme with the lyrics, “in order to survive, I imagine I can never be contained,” as the instrumentation paints a sonic landscape of decay and destruction behind it. The final track of the originals, “We Become What We Deserve” sounds like the warning we should have heeded, a prophecy of dark times the band urges the listener to fight. It also ends with one of the band’s most unique sections yet, a more subdued but equally eerie passage that asks the EP’s title question over and over.

The band will be donating the proceeds from Counternarratives I to INCITE!, a nationwide network of radical feminists of color working to end violence against women, gender non-conformity, and transgender people of color. The band remains very intentional about what they stand for. “We stopped wanting to, basically, treat our band like a business – doing a big release, putting a bunch of money into it and trying to recoup,” says Wisniewski. “We wanted to record and release songs when we were ready and give everything we made from it to an organization we believed in.”

As the name suggests, the Counternarratives saga will see more entries in the future. Instead of focusing on constantly playing shows, the band has been and continues to focus their efforts on songwriting and what they can use their music to accomplish. “A really important part of this band is that we’re a bunch of friends getting together, making some sort of art and trying to go out and have fun together,” says guitarist, Brandon Trammell. “Whatever that leads to is great, and any money that we can raise for causes is fantastic.” 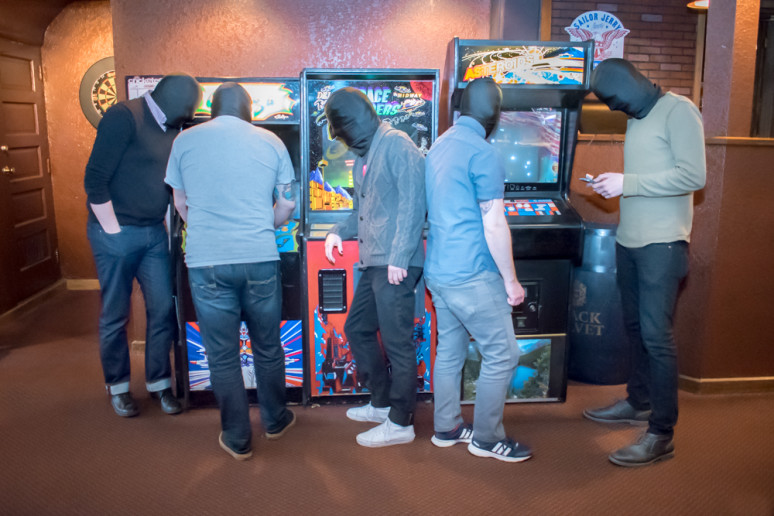 “Thematically, all of our releases are about a kind of dystopian future.”
– Stephen Wisniewski, Lead Vocalist