The members of Big Donut are building a musical myth that they hope to extend to the outer reaches of the universe. Their exploration is one of expansive storytelling, building off of a single word, character or concept for each of their three full-length albums and an EP. They can be found playing regularly at Downtown Flint venues. 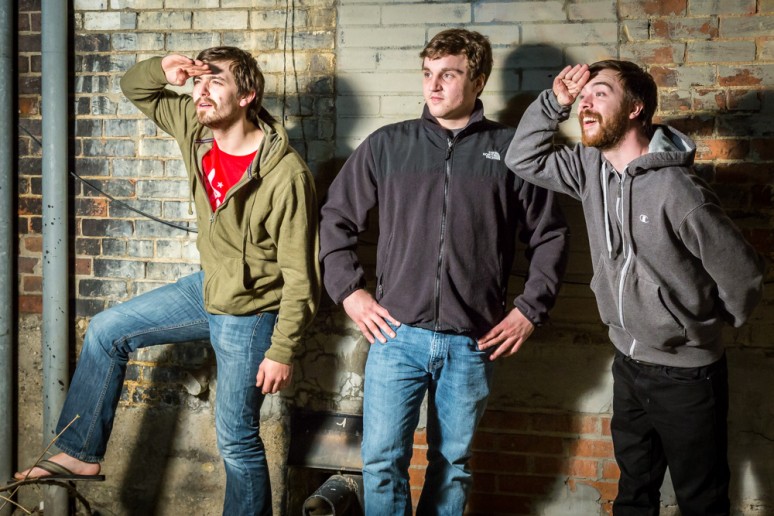 The band is comprised of three Greater Flint natives known within the cosmos of Big Donut as Morty Magee (guitar/vocals), Schenn Kowalski (drums/vocals) and Krank McCleary (bass/vocals). The band describes their sound as “Punk with an avant-garde taste, storytelling with punk music” – although they aren’t that heavy – and also as having “deep blue’s roots,” although they wouldn’t call themselves a blues band because “people would get the wrong impression.” 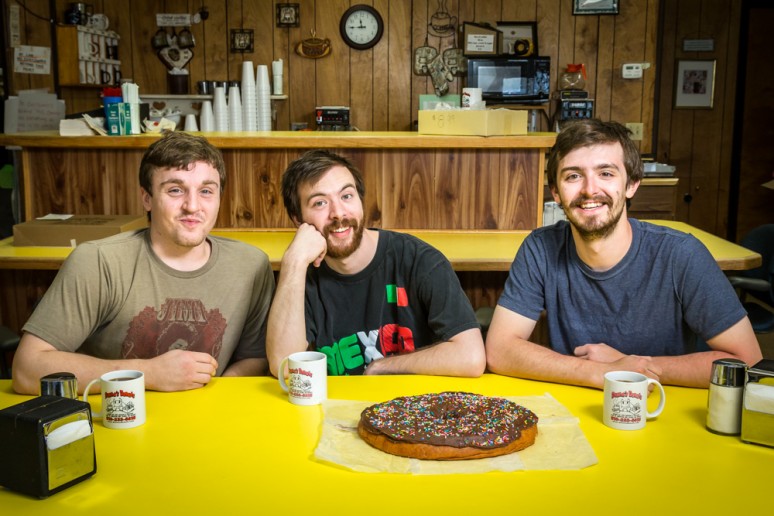 Magee says that Big Donut was named after the shape of the universe. “When you look out into space so far, it’s like you look back into time,” he explains. “You get to 13.8 billion years, and you get a shape of what the universe looks like, and its circular and it’s this big thing – it’s actually very similar to a large pastry.” “Very similar to a donut,” Kowalski adds. The universe that the three musicians are creating with Big Donut was sparked at Davison High School when 16-year-old Magee and McCleary bonded in biology class. “We’d get our iPods out and play songs for each other, and ever since then, we’ve been best friends,” McCleary recalls. The three formed a group, played a single show while in high school and then broke up, only to reform and reemerge about four years ago as Big Donut. 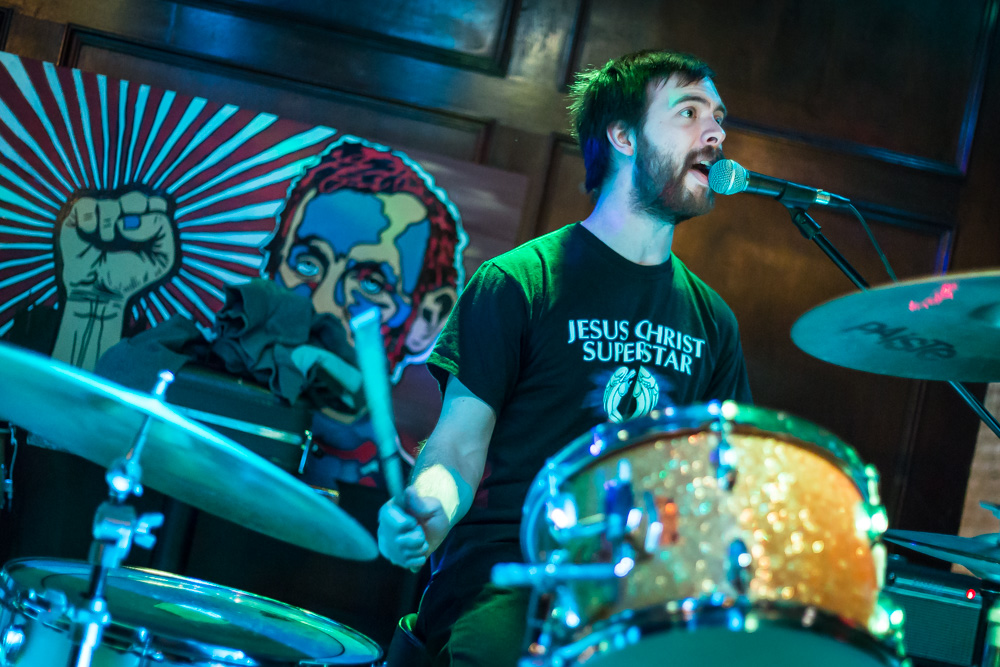 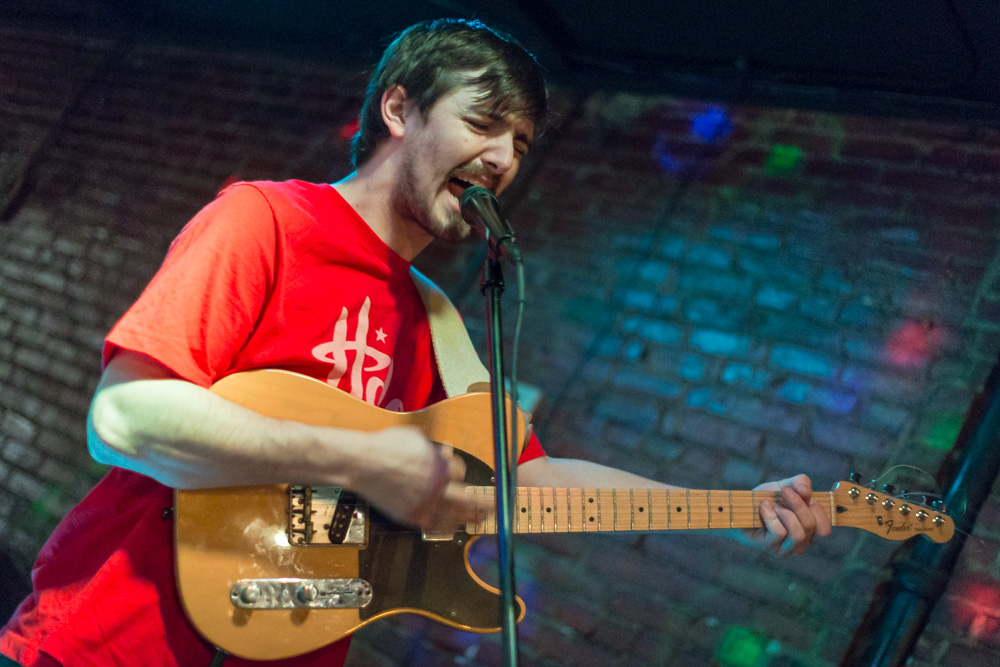 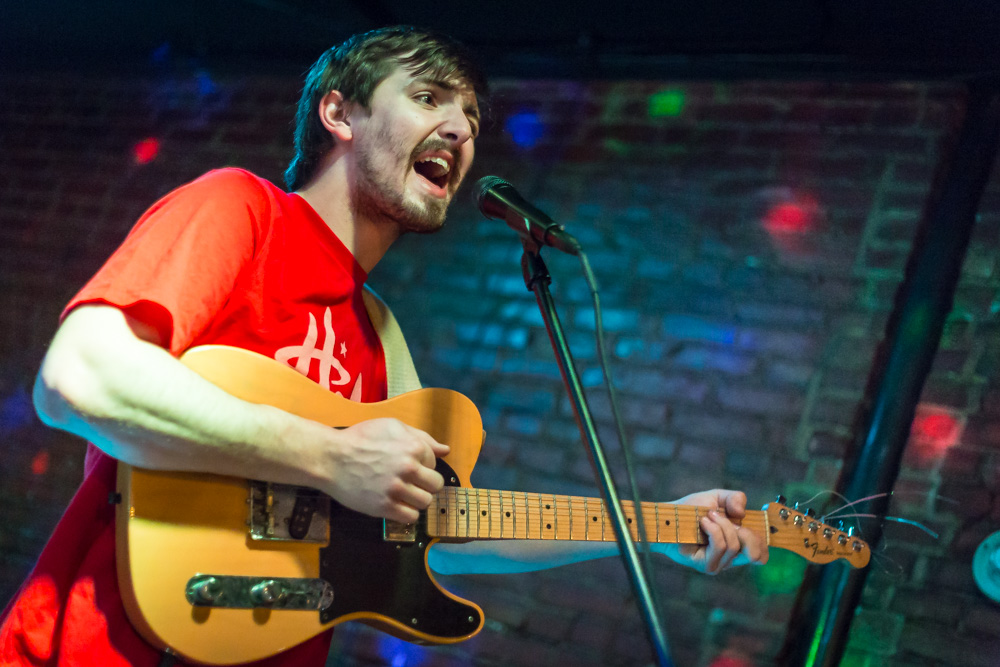 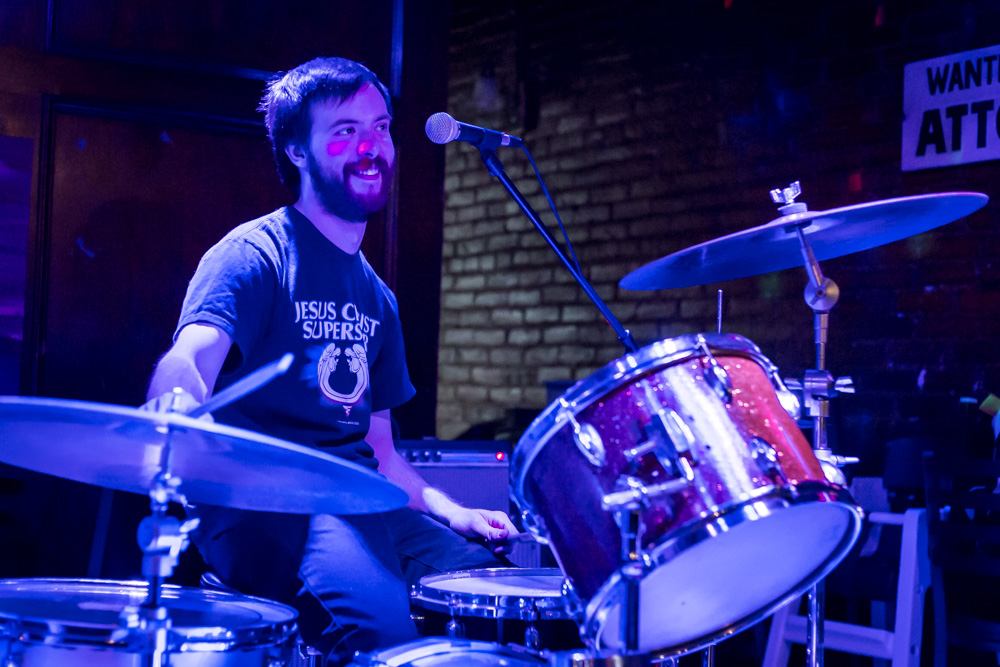 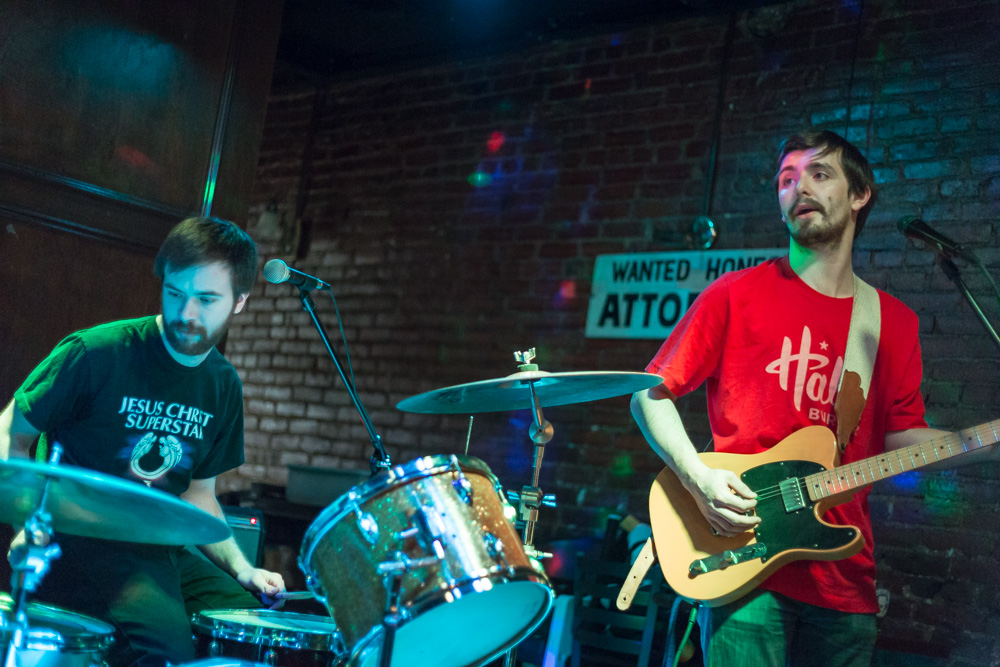 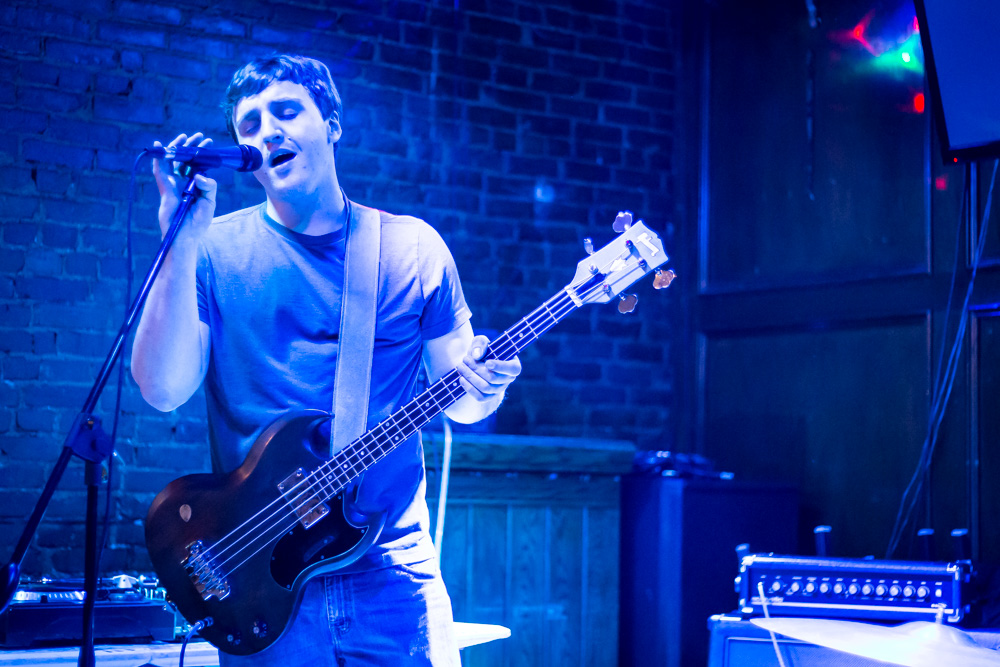 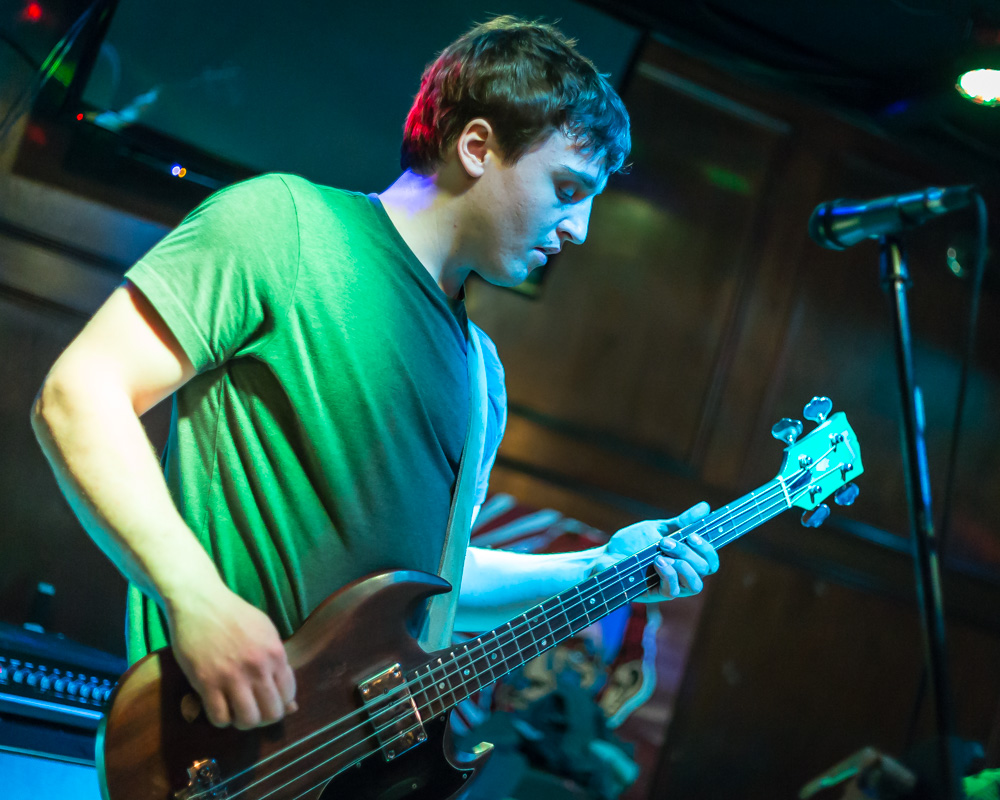 The band has quickly become a part of Downtown Flint’s music scene, playing over 30 shows at Churchill’s Food & Spirits and Soggy Bottom Bar in that relatively short period of time. Because they play about every two weeks, they make the live shows a part of their writing and development process. They do something different every time to keep things interesting. “We never make a set list before we start playing,” McCleary says. Magee adds, “We like to come up with the first three songs, then whatever happens, happens.” They have almost three hours of original material, as well as an ever-growing list of cover tunes, so they are never at a loss for something to play. The band creates new arrangements for all their songs and tests out covers on audiences to keep their live performances fresh.

“We never make a set list before we start playing.”
Krank McCleary 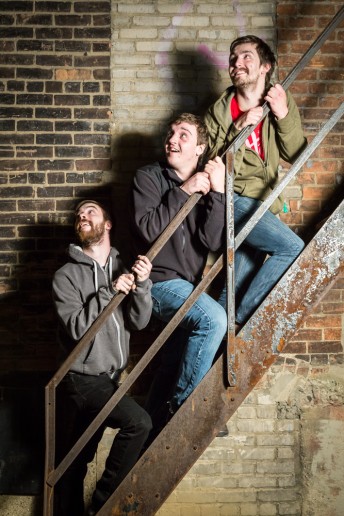 As for their songwriting process, it’s a collaborative effort. They play their new, unrecorded material often in order to “sharpen it up” and also to “get a reaction” from the regular crowds. “The new ones that we haven’t laid down are probably better than any of the others,” Kowalski says. “We’re getting better at writing songs and playing.” The collaboration often begins with Kowalski writing lyrics and passing the idea on to Magee, who begins to build the idea for a melody. “But it still isn’t anything until we all sit down and play it together,” Magee says. Neither member writes their own songs; they each have a part in all aspects of the songwriting, feeling that the process keeps things interesting, and keeps it “from being self-absorbed.” They are determined to grow their sound, and to do that together.

The band is currently working on their latest exploration into their musical universe. Their next release is an extensive psychedelic album – pushing them further into the bizarre – and is set to be titled, “I Am the Explosive Packet.” They have three or four releases in the works, and hope to have one available this summer. 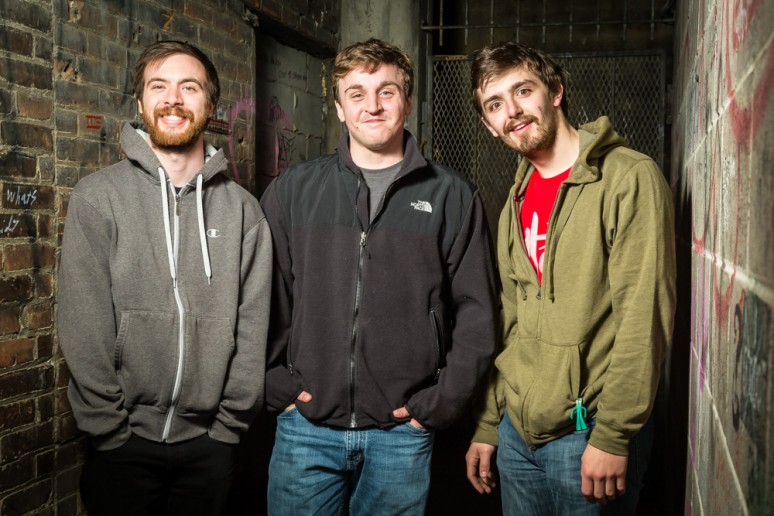 All of Big Donut’s releases can be downloaded for free on the Bandcamp app (bigdonut.bandcamp.com). “I don’t pay for music and I don’t expect anyone else to,” Kowalski states. If you come to one of their album-release parties, often held at Churchill’s, the guys will hand you a free recording. They record all of their own music and burn CDs for fans. “Especially around Flint, a CD is still the easiest way for us to remain accessible to our listeners,” Magee says. 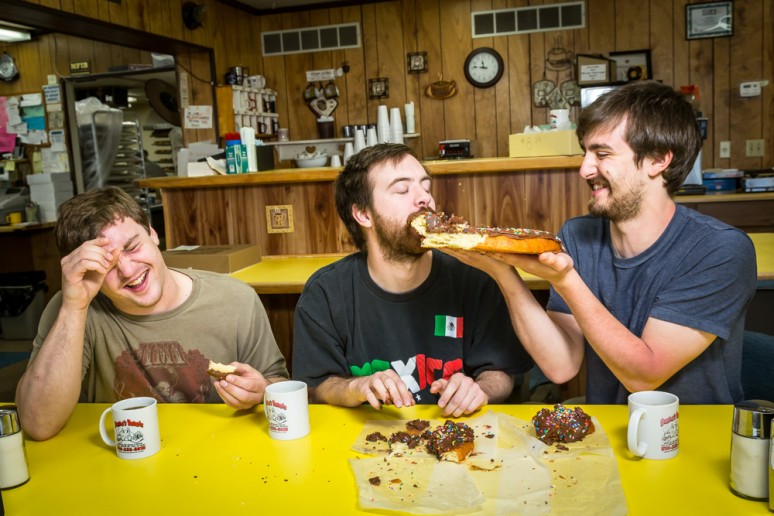 They plan to continue experimenting and expanding, and find that Downtown Flint is a good place for that. “Here, we have the isolation to be in our own world, write and record, which is the most important thing we do,” Magee shares. And, the band loves playing in Flint. “Our favorite thing is the people,” McCleary says. “They come to our shows and are so inviting, and many have become close friends.” He adds, Flint’s “not really cute, we’re not really cute, so it’s a good fit.”