“…for many of us, the world would be a poorer place without bears. We keep bears because they are a part of nature and because of what they do for the human mind, body, and soul.” –Steve Herrero 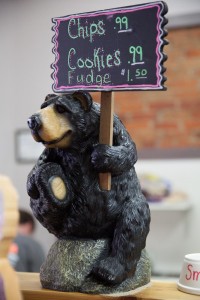 Terry and Karen Kerouac, co-owners of Bear Soup Deli, share a common passion – they love bears! The first thing one notices when entering their aptly named Davison eatery are photographs Terry took of live bears in Denali National Park and Preserve in Alaska when he was chef in a restaurant there. Opening Bear Soup Deli was a dream come true for this couple. Inhabiting a former ice cream shop on Main Street in Downtown Davison, it has indoor seating for 24 patrons and outdoor seating in the summer. Both Terry and Karen brought a long history in the food industry to restaurant ownership. Karen has been a server and manager of area restaurants for many years, including Danny’s, a fine dining Flint restaurant that closed a few years back. A graduate of the Culinary Arts Program at Johnson & Wales University in North Carolina, Terry was an executive chef at fine dining restaurants in Colorado and Alaska, and at another popular Flint dining spot, The Red Rooster. 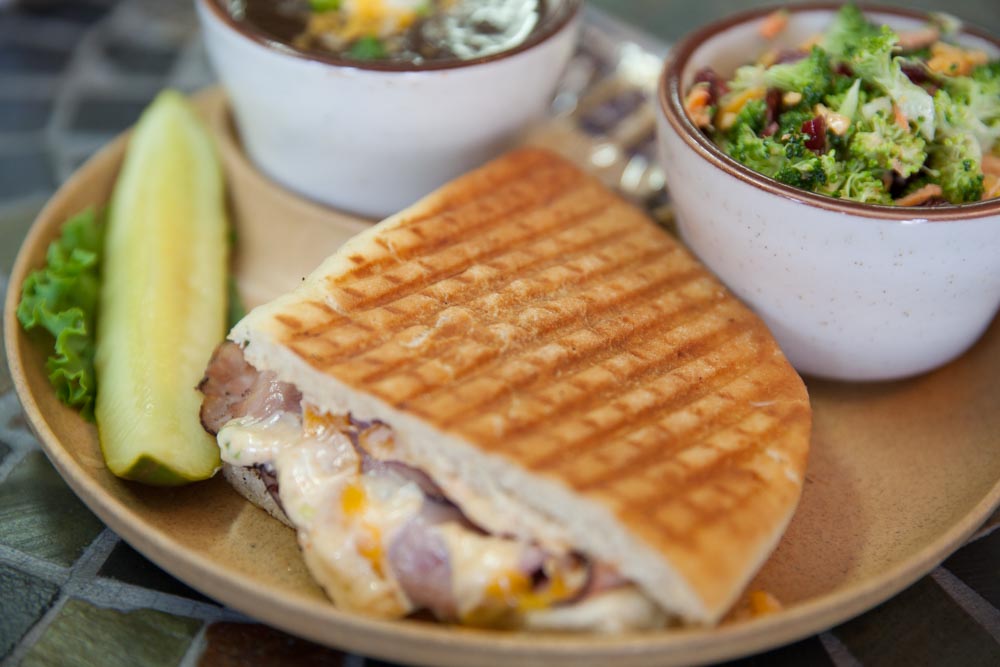 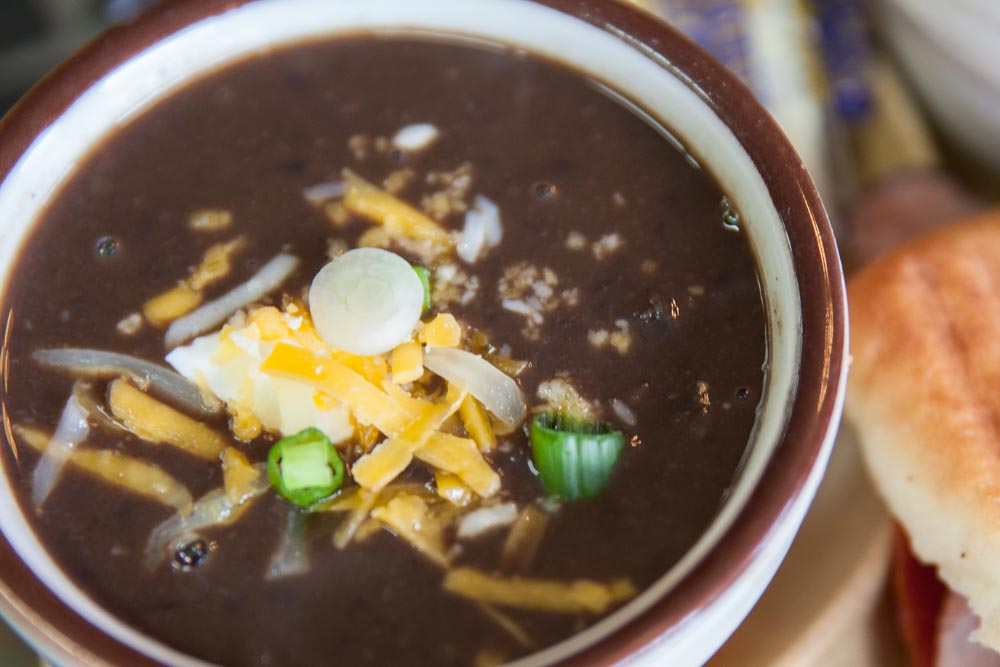 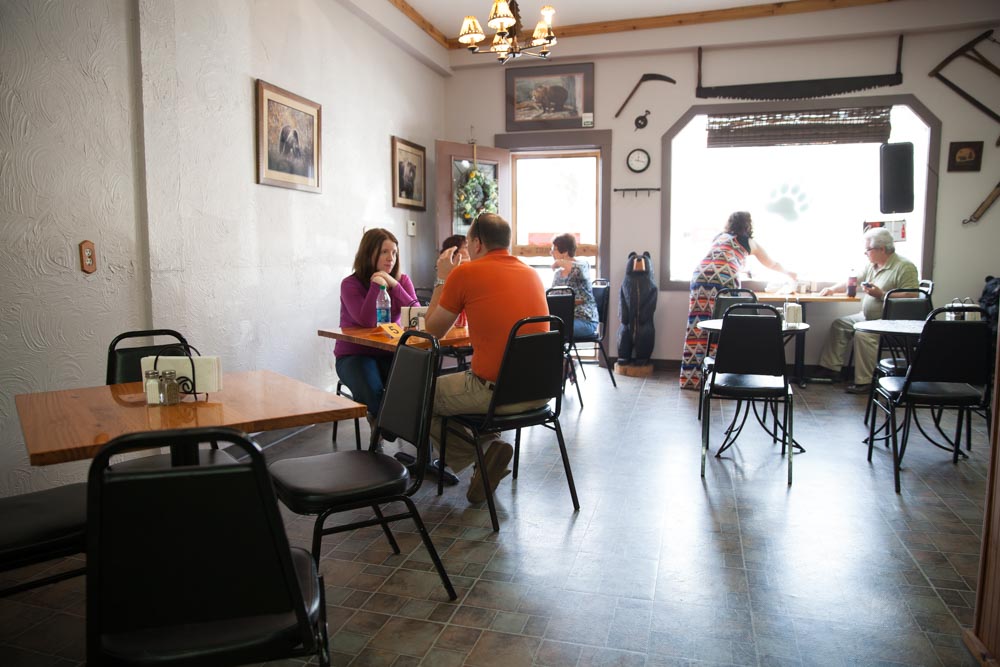 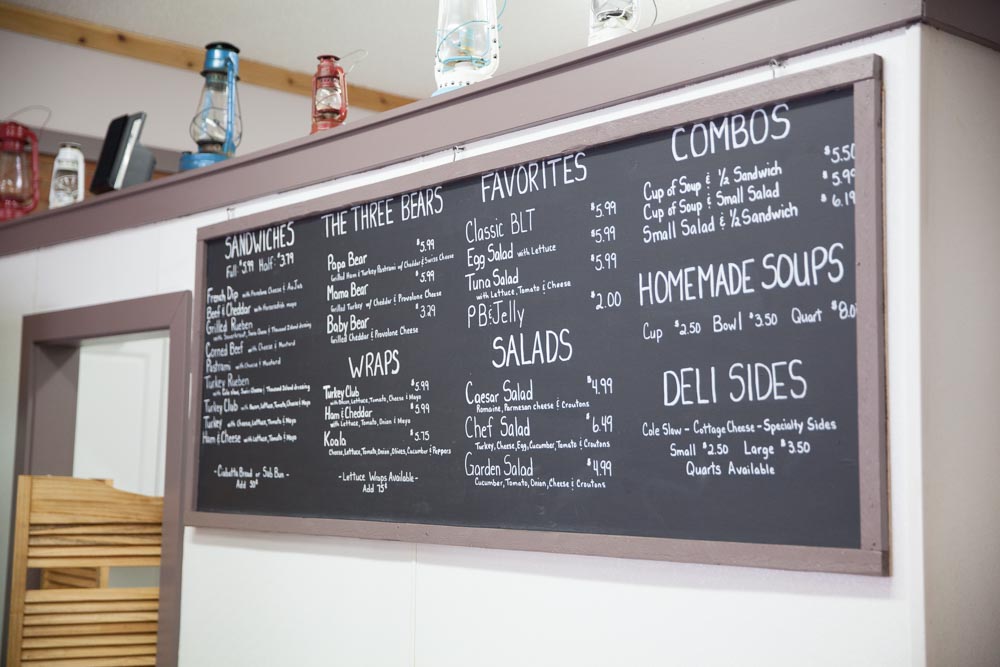 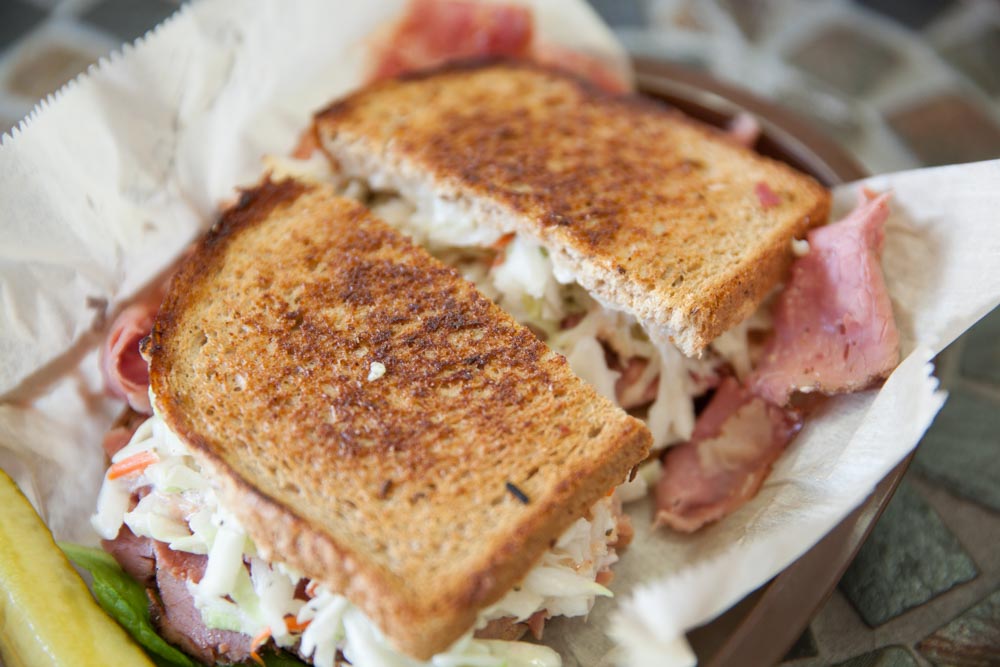 Using all of this experience and knowledge, the Kerouacs prepare tasty fare that has garnered a loyal following. Terry makes at least ten to 15 gallons of fresh soup every day. The deli’s signature soup and a customer favorite is the tequila black bean soup, which is gluten free, vegetarian and very hearty. “Our soup is so popular we even sell it on a 90-degree day,” laughs Karen, “and it flies out of here.” Other varieties include cream of mushroom, potato leek, turkey rice and different chowders, all made with fresh and local produce. “Everything Terry cooks is made from scratch!” exclaims Karen. Also on the menu is a wide variety of sandwiches made with only the finest meats and cheeses. Many of the sandwiches have bear-themed names, such as Grumpy Bear, Papa Bear, Mama Bear and Baby Bear. Other menu favorites are the Bruin beef sandwiches, including French dip, beef & cheddar, grilled Reuben, corned beef and pastrami. The deli also serves several homemade salads and side dishes, including coleslaw, macaroni salad and fruit salad. “The one thing you won’t find at Bear Soup Deli is anything deep-fried,” laughs Terry.

Community involvement is important to the Kerouacs. At the Friday Night Car Cruises held in the summer months, Terry fires up a grill right out in front of the restaurant and serves up smoked barbecue and other specialty items like homemade macaroni and cheese. He also sells Blue Bunny ice cream from an old-fashioned ice cream cart. “We love finding ways to give back,” Karen says. As part of their commitment to the community, the couple offers free delivery to senior housing facilities in the area. “Davison has been good to us and the people have embraced us,” Terry says.

Loyal deli customers enjoy the atmosphere, says Karen, and some have become friends while sharing tables during busy hours. The deli also promotes Michigan-made products such as locally made honey and pretzels. Takeout and catering are also offered and Bear Soup is proud to have recently been named to the Preferred Vendor List for Applewood in Flint.

Bear Soup’s many followers say the best thing about it is the food. One reviewer wrote: It’s the best place in Davison, actually in the county, for a homemade sandwich. The owners are awesome and the food is amazing. Get the Grumpy Bear; it’s the best! The Kerouacs extend a personal invitation to stop in and find your own favorite sandwich at the old-fashioned deli. “Everything is homemade, made to order and delicious,” Terry smiles.